The development of "Ephemeral" has entered the pre-production state.

The development of "Ephemeral" has entered the pre-production state. We have designed the level on paper and now bringing it to life in the engine. This is the prototyping stage where we want to see what will work and what will not in the end game. We are working with base mashes in this stage, which will be upgraded at a later stage of development.

As we are only working with base meshes the end result can not be completely understood but we wanted to share some pictures of the in-game material we have created for now. The two following pictures are from the beginning of the first level. 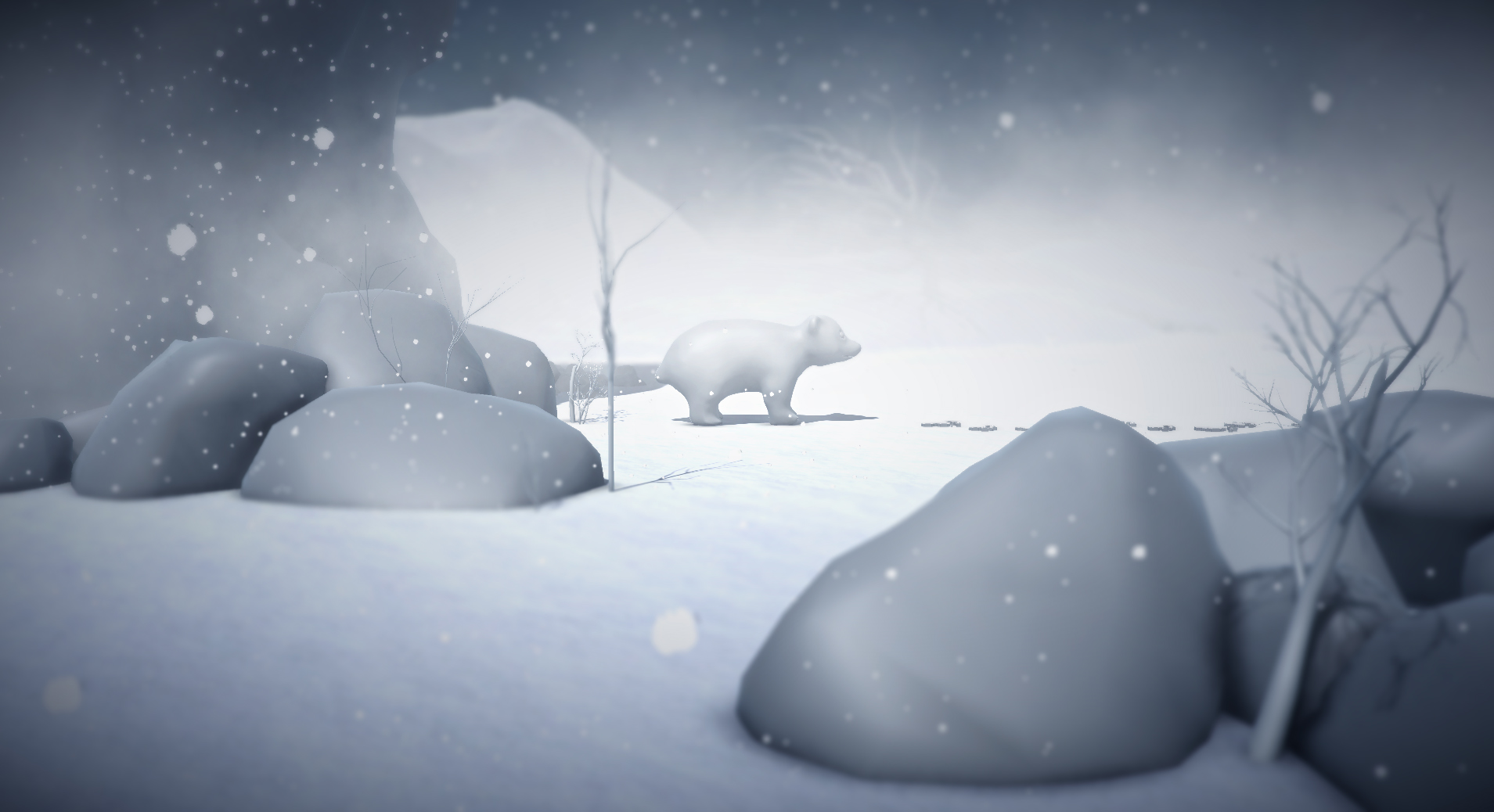 Bear cub wakes up to find himself alone, without his mother.

Luckily there is a trail of footsteps in front of him.

The environment of the game is cold and snowy. We will stick to this aesthetic through out most of the game. Some elements of the game assets have already been finished. We have done the snow particle system, scripted the camera movement and the basic player controls. 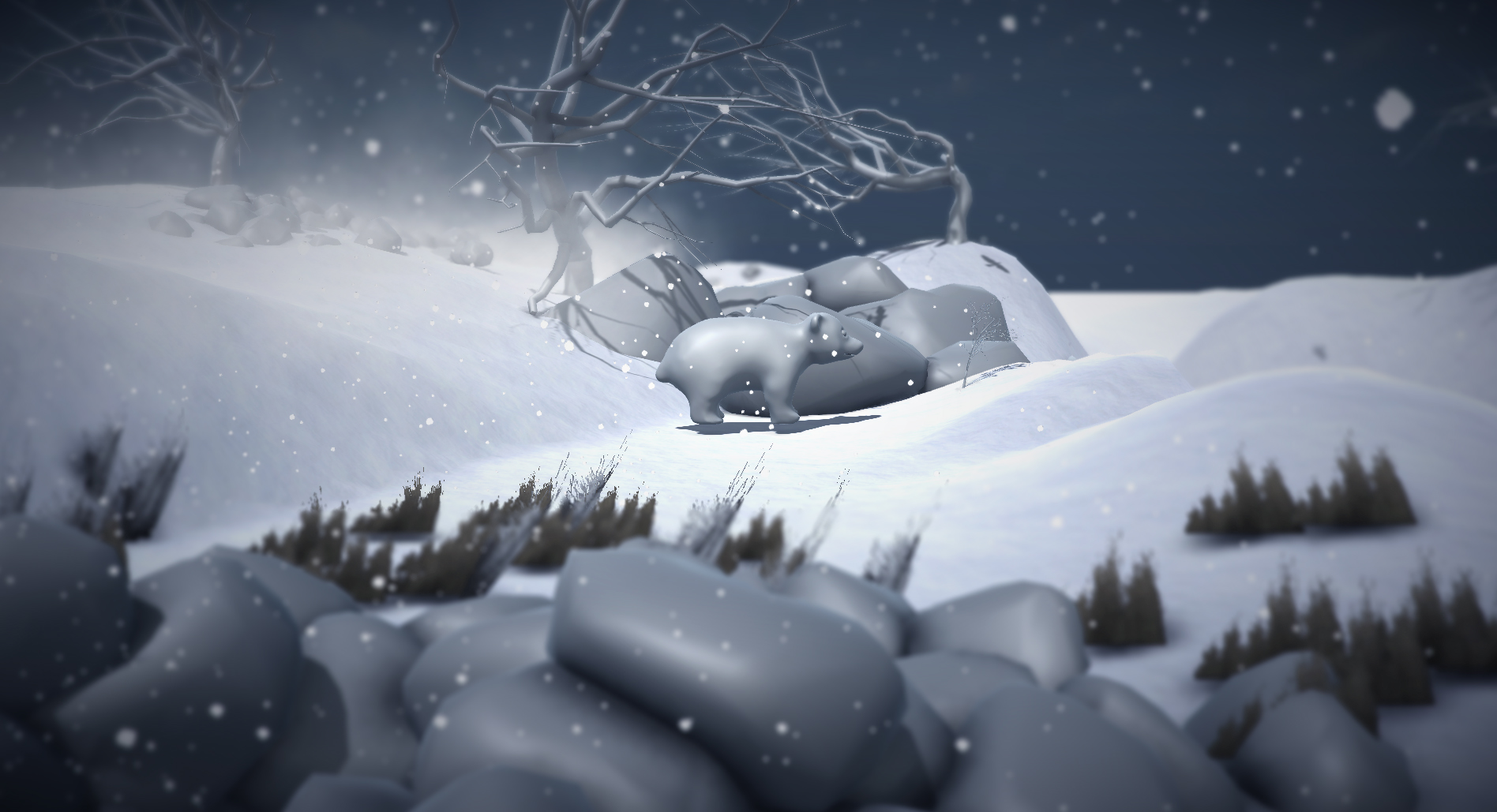 Bear cub loses his mothers trail and realizes he has to survive on his own.

As this is just the pre-production state, the images do not reflect the final look of the game, we are only laying out the foundations for the level. Or priorities at this moment are:

In this pre-production state we have sketched out some simple animations for the bear cub which will be tweaked at a later stage to fully integrate with the environment and mood. Here are some examples of the animations we have created at the moment:

For now this is the stage we are in with "Ephemeral" but the production is going faster then we thought. We would gladly hear opinions, question or suggestions from you. The game will consist of 5 levels, the first level will be released as a free demo as we will move on to kickstarter to seek funding. To end this article we would like to share a run through video of the first half of the level. Take note that the animations has not been assigned yet and this is intended just for the purpose of getting the general idea.

Thank you for reading and till next update!

As a lone polar bear mother & her cub is forced to run for their lives they reach a dead end. A cliff from which the fall would be very hard but they are forced to jump for their lives. As they reach the ground the cub is knocked out unconscious & as he awakes his mother is nowhere to be seen. All that is left is her footprints that soon disappear as a huge snow storm approaches. Distressed the cub has to take a journey to find his lost mother and learn how to survive on his own. Where will this journey take him and what made his mother leave him behind, that is the story of Ephemeral.