Welcome to the first Ecosystem newsletter! We'll be doing these on a monthly or bi-monthly basis from now on (depending on how much there is to report on), bringing together some of the more important points of the ongoing development of the project into one place. Before I continue, I should introduce myself - I'm Mike, community manager for Slug Disco, the studio publishing Ecosystem. Whilst Tom cracks on with the actual work of designing and creating the game I'll be doing the occasional wordy thing such as this and looking after the social media side of things in general. 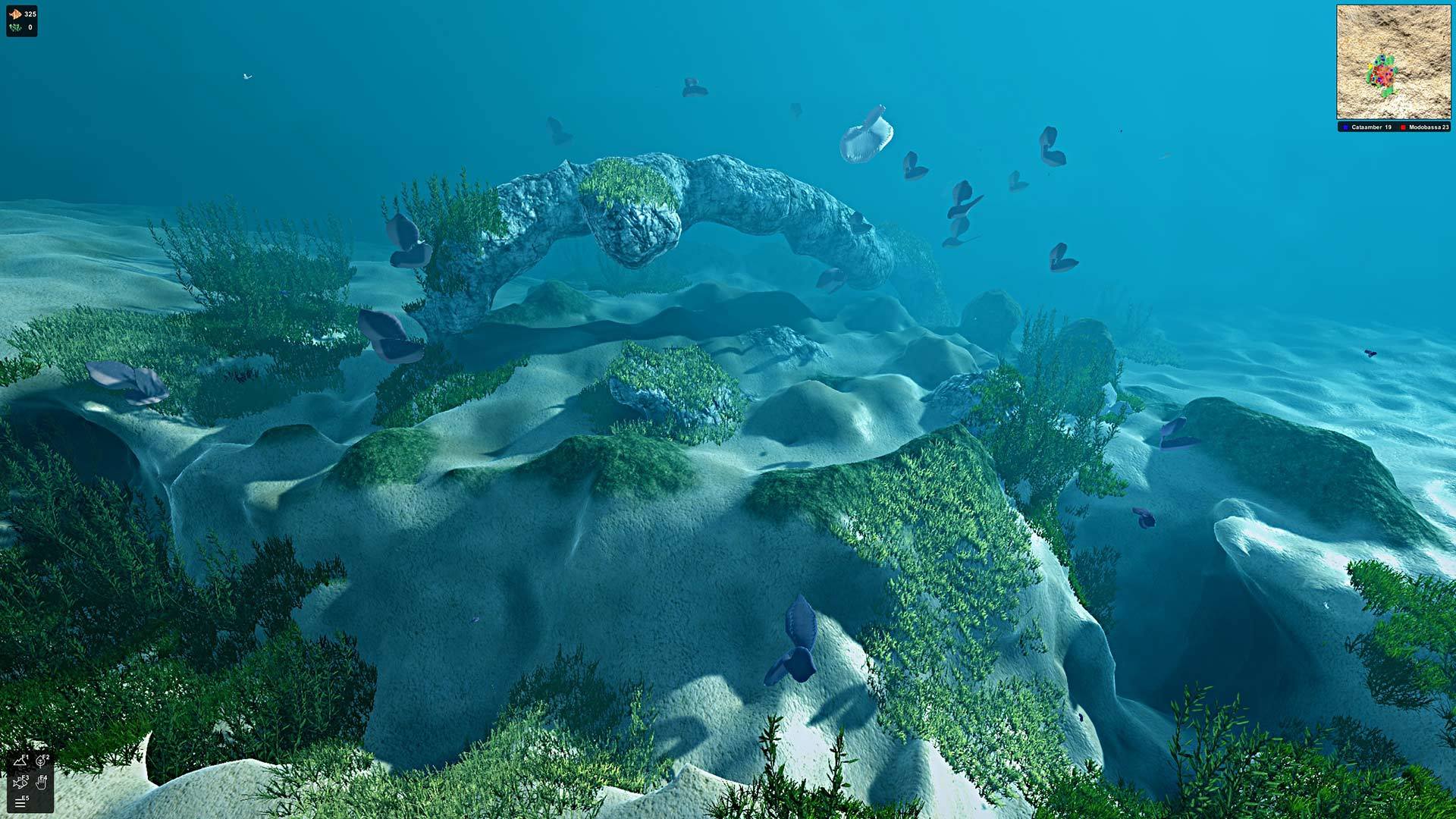 A group of foragers

Back in September the demo for Ecosystem was released on Steam. It was wonderful to see the response to even the limited demo - it's clear that there's quite a yearning for a game such as this that handles evolution and learning in a natural, iterative way that hasn't quite been done before. It's great to see that it's captured the imaginations of quite a few people already and that is really encouraging! Many weird and wonderful creatures have evolved in your Ecosystems and we've thoroughly enjoying what your simulated worlds are generating.

This first newsletter will focus on three new features that have been added to the internal build that aren't in the demo, but will appear in the finished project. Obviously, the demo is meant to give a taste of the core concept of the game but there's a whole world of features and additions that go far beyond what the demo teases. 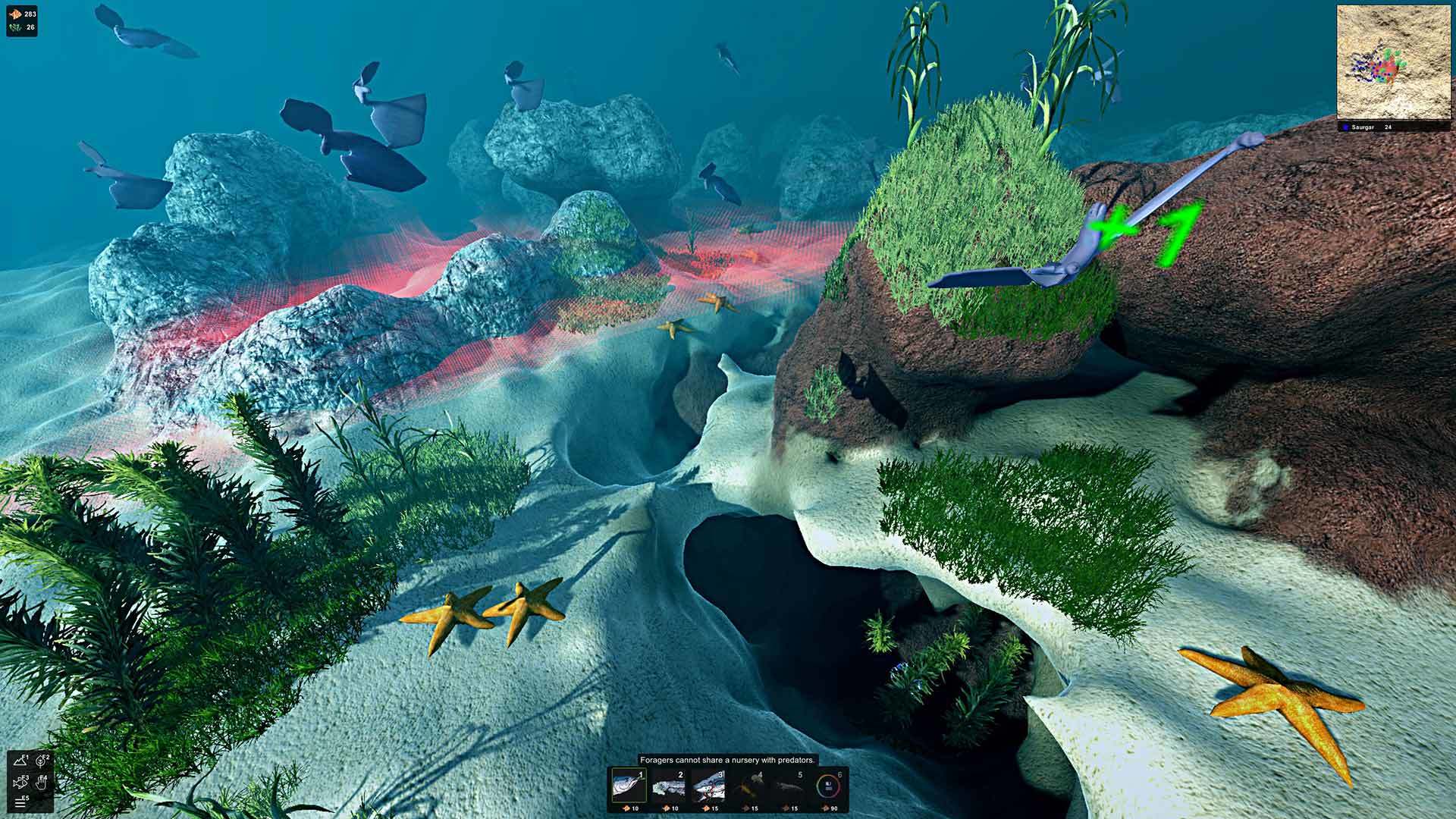 Predators in a busy reef

As it currently stands, creatures will adapt to swim through the viscous liquid of their environment, and learn to use the appendages they evolve to propel themselves in a direction with all the appropriate analogues of real-world swimming intact (drag and suchlike). However, in the demo the creatures cannot find their way around a cave system that the player has designed, or work out how to reach a resource in much other than a straight line. That will change.

True path finding is on the way - it will certainly increase the natural feel of the simulation, with creatures actively swimming through nooks and crannies the player has positioned to reach their intended nutrient sources.

A much-requested feature, and one that was always intended, is the creature editor! Using this feature you'll be able to design the physical form of your marine species the way you want them to be, rather than simply let nature take its course. You'll be able to adjust the creature's size, add limbs and suchlike, then set them loose in your ecosystem.

Creatures added in this way will not evolve their bodies any further, but their brains will adapt so that over the generations you will see them become better accustomed to using the form you have designed for them.

Quite a lot of work recently has gone into increasing the likelihood that creatures with bilateral symmetry occur. In real-world nature, you see this symmetry everywhere – even down to a very small scale. It’s a very effective body morphology and has numerous benefits, such as balance in a fluid environment. Tom was having some difficulty encouraging evolution to take this direction, but use of the creature editor gave big clues on how to seed the natural creatures in such a way as to make it likely. In the current internal build of the game, symmetrical creatures have much better odds of evolving than in the demo.

Just as a parting note for this first newsletter – thank you from the bottom of the ocean for taking an interest in the game up to its current point, and it’s been really heartwarming seeing you all experiment with the current demo (available here on indiedb). The current plan is to release Ecosystem during 2020 (I can’t be any more specific than that for now), and things seem to be on track for that! 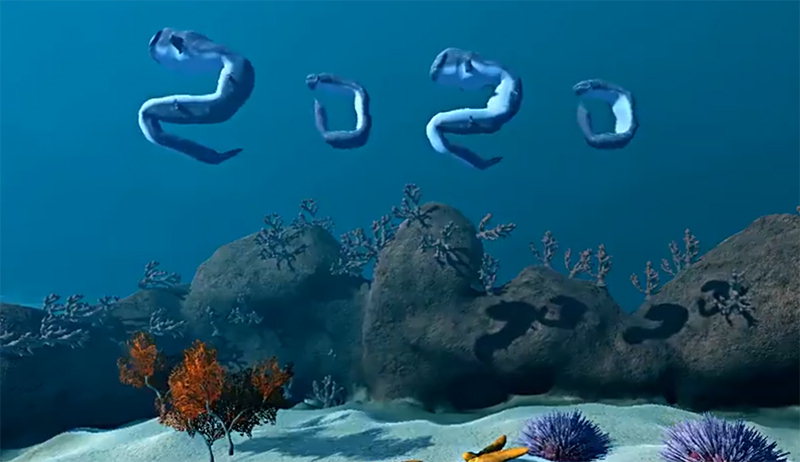