Things change creepily quickly! In this echo I'm writing about recent real life changes that will effect Sector Six development in one way or another.

Due to bad financial situation of my family, I might have to get a job.
For few months or longer.
That means like two hours of Sector Six development per day max, which will postpone beta, Greenlight and basically everything.

​Theoretically I could start IndieGoGo campaign and push job away for few months.
If I could get few months, I could prepare Sector Six for commercial releases.
And with game being sold, maybe I would be able to avoid job.
But I hate having to beg people for money, especially because I know my campaign would suck.

So, if I'll get a job, I'll try to develop on my free time and start selling game as soon as possible.
If I won't, I'll start IndieGoGo campaign and hope for the best.

I quit school. Well, it's actually good news, more time for everything.
Except that now I might have to go to army, which would postpone Sector Six completely for like 9 months. Becoming a trained guy before world war 3.0 is not awesome either.

Also, I'm still not done with the boss.
Because I had to fix my computer again, because boss had nasty glitch I couldn't fix for some time, because making boss guardians takes so much time, because abilities for boss and guardians had to be remade several times, because...

I know this sounds pretty bad. Especially after all those echoes saying that everything is going great.
Things change creepily quickly.

Anyway, armoured colony seeker is going to be best boss I have ever made.
And that means it's going to be pretty good!

This week I spent a lot of time working on second boss guardian, gatherer.
Gatherer is pretty interesting enemy, it has a lot of armour, but most of it can be chipped away by destroying segments.

So, uh, until next week, maybe I'll have better news next time! 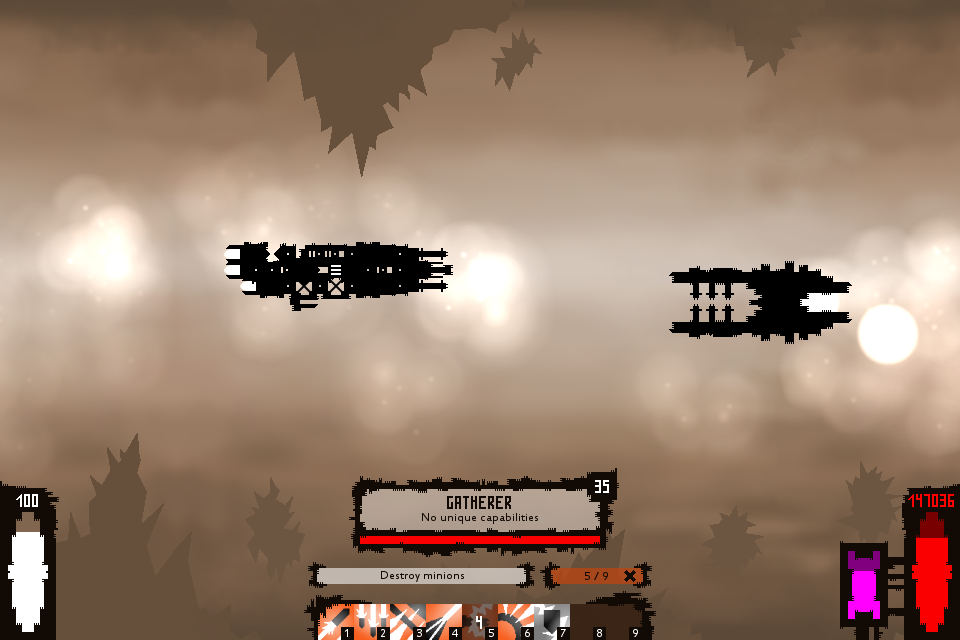