Progress on Editor and next goals for making tutorial levels.

I haven't posted here in a while, mainly since I have been working on the editor and there wasn't much to show yet. I am getting closer to finishing it and starting on the first tutorial levels.

Now that the level editor is integrated and running I've built my first level and it worked without issues - for the most part - and I'm very happy with the results. When a level is done, I reuse the same algorithm for storing saved games to store levels from the editor, which will be great to distribute the levels from the server. I wanted to play around with it and create something different in terms of what the Map Generator usually spits out. The maps from the generator are to a certain extend predictable, well ... they should be to me, since I designed it, but the point is that I wanted to create something that the generator cant do. I started with an inside-only dungeon level - so no opening to the outside world. The good thing is the game didn't crash =). But the minions started acting very strange after a while and that helped me find a bug. I can see that the editor is going to help unleash a lot of new bugs and make the engine more robust.

The next goal: I am going to start making the first tutorial level. It will be a basic level explaining navigation and commands. But before I start on that, I need to finish hooking up some of those features that make it possible to create goal oriented quests. Most of it is already done, like the quest manager and the quest tree. But I left out some time-consuming data entry tasks to fill out all the options and didn't finish every feature that will probably be required for the such a simple level.

I will post the progress of the first tutorial level. In the meantime, play version 0.1.9.57

doodle from the editor: 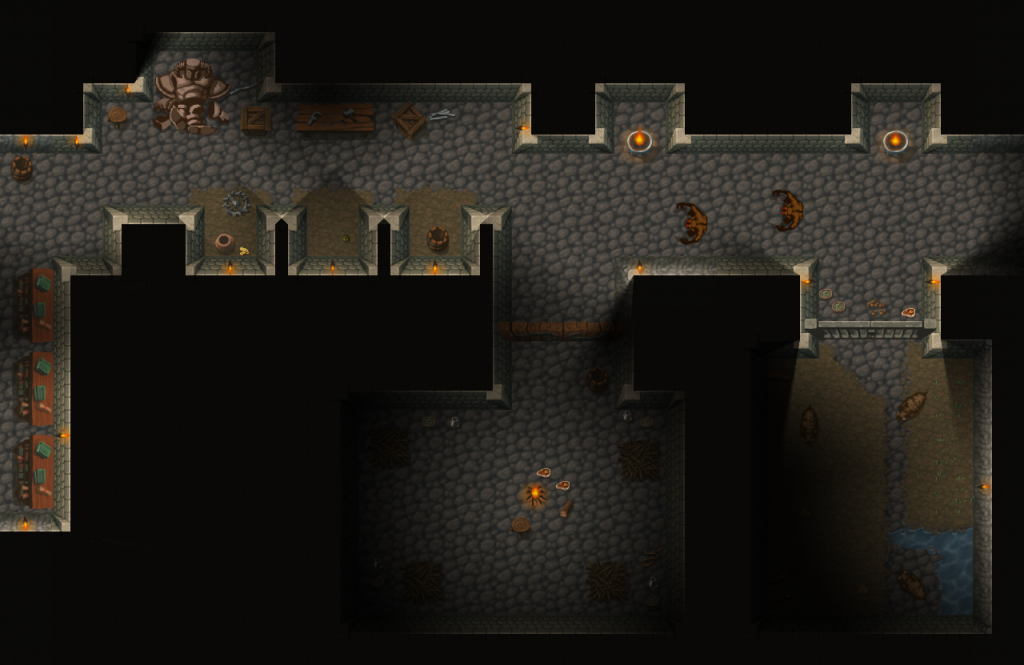 Sounds interesting :) Keep up the good work *shares some cake*