The day has come. We are proud to present you the officially released version of Driftland: The Magic Revival.

After 4 years of hard work we are happy to share the final result with you. It is the game some of you already know, but now with key modes: multiplayer and 2 new campaigns. And just as we promised - it will leave Early Access once it is ready. We have a strong feeling it is now.

Driftland debuted in EA over a year ago with the idea that it will help us test some of our original concepts. Never before have any of us done this, so we had no idea what to expect. But reality has exceeded our expectations greatly. Already in its initial versions, most players understood the spirit of our game, and many of you began to support us with brilliant ideas. We have quickly expanded the scope of what we want to fit in version 1.0 and with following updates we added new features and content. Together, we've had an exciting journey from an early version 0.4 which was more of a manifesto of the idea than a real game, through numerous updates to a full-fledged strategy game.

Thank you! It was an amazing adventure and it would never happen without you.

But many of you still do not know Driftland: The Magic Revival. So what is it exactly? What can you compare it to?

It does not cling only to one subgenre of strategy games, but boldly draws from all of them which we consider the best approach. The basis is the classic set of all 4 Xs: eXplore, eXpand, eXploit and eXterminate. To expand the kingdom, the player joins islands with bridges. Driftland is a real time strategy game, but with adjustable time flow and a very extensive active pause system. The player manages the kingdom through magic and the economy, issues orders and sets priorities for heroes recruited from the kingdom's population. Each unit is endowed with free will, has a name, a level, experience and a set of parameters that can be developed. Land units can tame and ride flying beasts, thanks to which they will be able to explore more distant areas. And all that is just a glimpse of what the game is about.

We want to assure you that leaving Early Access does not mean the end of our working on Driftland. On the contrary - we want it to be bigger and better. The 4th campaign is already at an advanced stage of development, but that is just the beginning. Our list named "cool ideas to do after full release" was waiting for this moment, so expect many surprises! 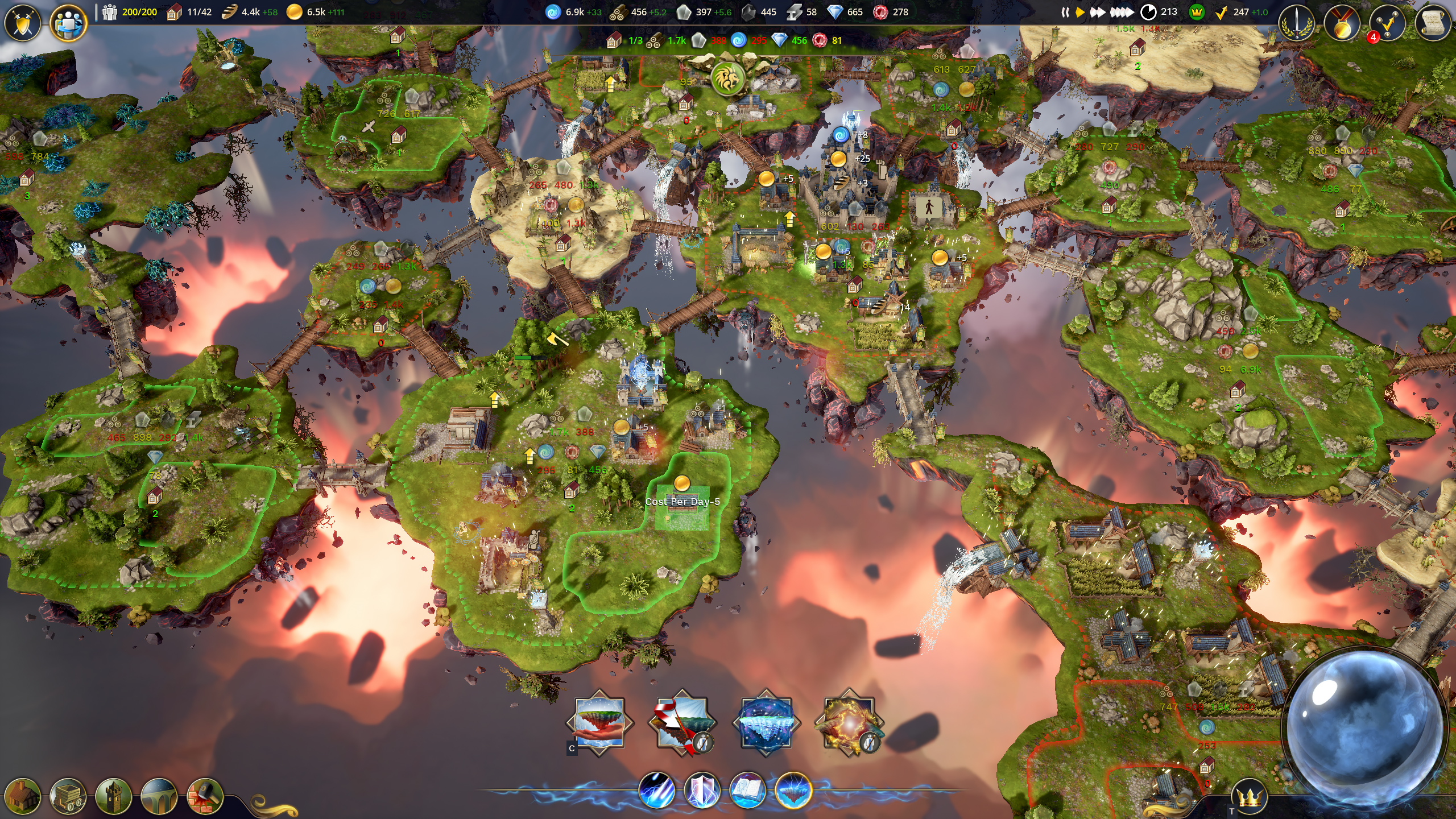 Now let me list the main features of Driftland: The Magic Revival, so that the new Mages would also know what to expect from our game:

In addition to the new content, this update introduces many improvements and fixes. The most important of them relates probably to the balance which we introduced to the game during the testing of the multiplayer mode.

This looks great. Put this on my Steam Wishlist!