Freekstorm is happy to announce that Doctor Kvorak's Obliteration Game has a brand new demo for Windows and Oculus Rift, and is now live on Steam Greenlight. The Obliteration Game will also be playable at Norwich Gaming Festival and EGX Rezzed.

After six years in development, we are delighted to introduce you to Doctor Kvorak’s Obliteration Game - a single-player puzzle adventure for PC, Linux, Steam OS and Oculus Rift.

You have been selected to appear on the biggest intergalactic TV show of all time: The Obliteration Game. Controlling all three contestants, you are playing for glittering prizes - dazzling technology that will advance your civilization by thousands of years. If you win, your success will be celebrated throughout the galaxy. Such skill, such fortune, such heroism! But all is not what it seems, for if you lose then you risk the very annihilation of your world.

The Obliteration Game Trailer is available to watch here:

We have also created a detailed demo for you to play on Windows PC, or if you have one, on the Oculus Rift DK2. We welcome any feedback, in particular from those who try the VR version of the demo on the Rift. See this link to download.

Last, but definitely not least, we are delighted to announce Doctor Kvorak’s Obliteration Game will be playable at Norwich Gaming Festival 28th March – 2nd April and at London’s EGX Rezzed 7th-9th April 2016. Come along and play the full game on PC or Oculus Rift. 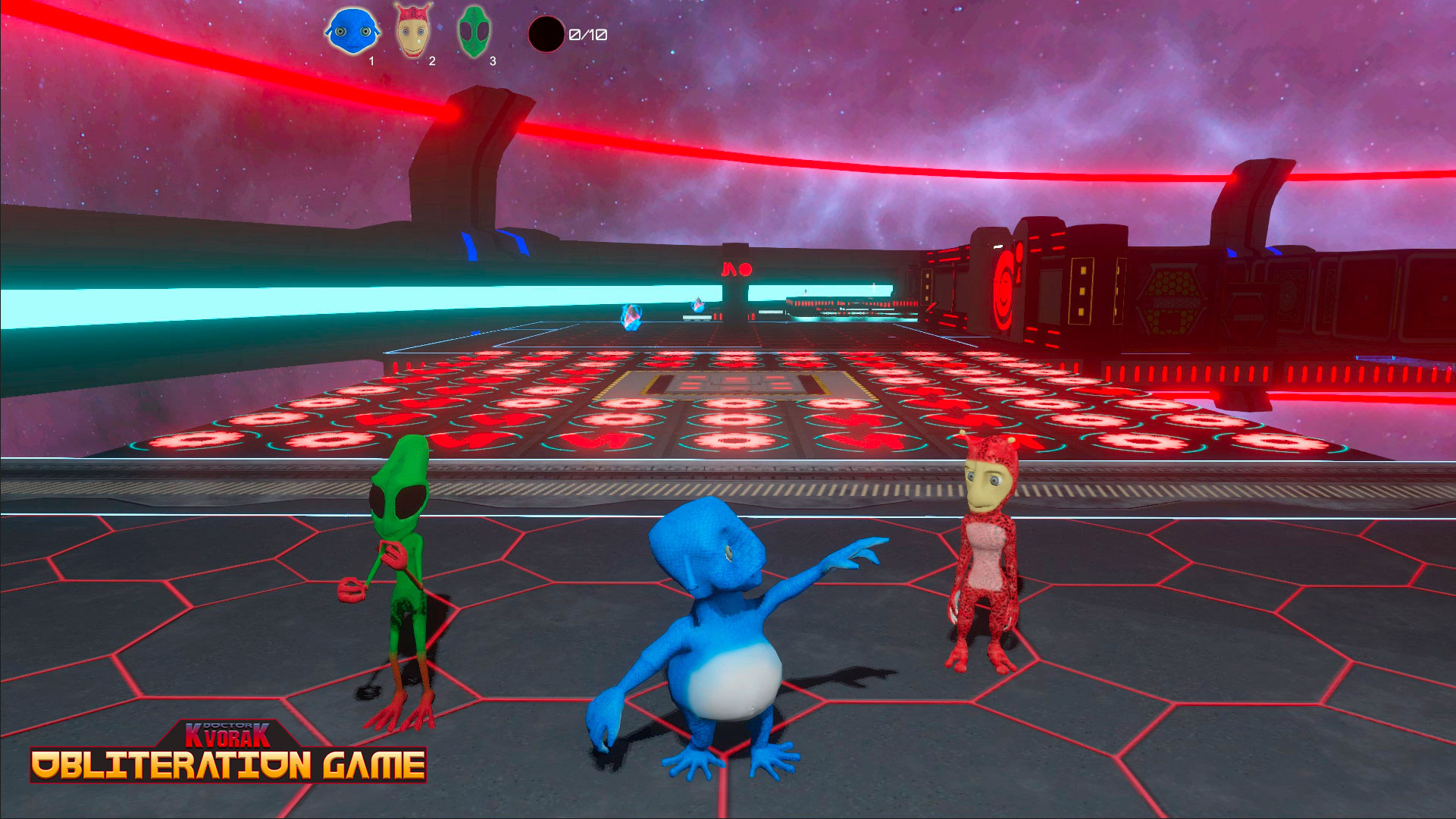 About the Obliteration Game:

“Once again we have an incredibly exciting show for you tonight, with three very special guest stars who are lucky enough to play for the most incredible prizes for their planet. If they win, their civilization jumps light years into the future. What a privilege! What an honour to be selected!

“And here’s your host….the amazing, the indomitable, the formidable, the Dastardly Doctor of Dread himself, Doctor Kvorak!”

Lastly, a final reminder that Doctor Kvorak’s Obliteration Game is on Steam Greenlight. Please vote for us and make the Doc’s dream to terrorize the galaxy come true! 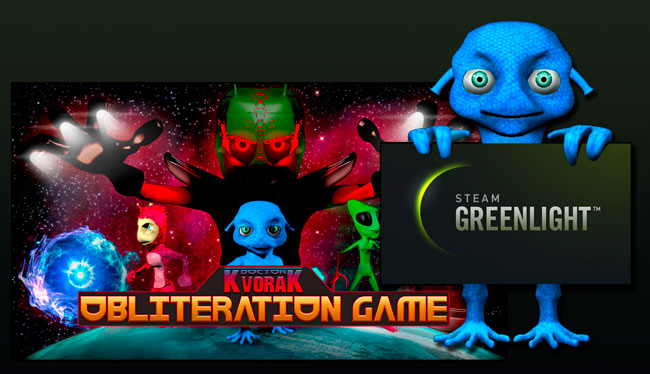