Summary of the changes and bugfixes for version 0.10

Hi there, Restaste here to tell you about the progress we're making on the game. So far we’re up to version 0.10. We’re now starting work on 0.11

We're looking for a name that:

Since the game is about not seeing much, we're leaning towards something evoking blindness, or the fear of being hunted.

I've stumbled upon a few ideas while thinking about what the theme of the game could be, and one of them I'm starting to really like: In the world, some people are born a bit different... They are capable of telekinesis. Using their ability costs them a little each time, as it activates through their eyes, burning them slowly. Most of these people eventually get completely blind, their eyes burnt. This game is their pastime.

This idea for a theme led to a possible name: "Game for the Sightless" (or the Eyeless).

During an attack, the strength of it decreases over time. When it is zero, the visual effect completely disappears, and the attack starts reloading. I realized one could exploit this mechanism by keeping the attack button pressed even after the attack was completely depleted. That way, one was still in “attack” mode and invisible to the others. This defeated the purpose of the attack being a risk/reward thing (revealing oneself to attack someone else). And you could just move around freely, killing everyone in your way, will being invisible. I fixed this by requiring a minimum amount of “attack strength” to get a kill.

In UE4, you can StreamLoad levels. I’m using this to keep the PlayerStates and GameMode active troughout a session. Upon entering the game, after leaving the lobby, the GameMode would select a PlayerStart location and spawn each player. The problem was that this was done right after the level OpenStreamLevel node was called. So my PlayerStart locations were not (always) loaded yet. This (sometimes!) caused the players to start at (0,0,0), through the ground but below the walls’ collision boxes. And so players would seeminly go through walls.

I’ve fixed that by binding the players spawning node to a LevelLoaded event, called when the level is completely loaded.

The pickups’ respawn time was 30s, which is the time one needs to keep the cube to score. If you happened to get a “camouflage” pickup just after stealing the cube, and take the other pickup after that, this meant the other players had no chance of seeing you and preventing you from scoring. I’ve decreased the pickup’s respawn time to 15s as a response to that.

The game has lights that reveal you when you pass through them. This mechanic adds a level of choice for the player when deciding where to go. Is using this path and revealing your position really worth it? I’m however still trying to figure out how to represent them visually (all current assets are placeholder, but I don’t now yet what I want the final look to be). Also currently these lights are moving. I’m not sure if I want to keep that or not. 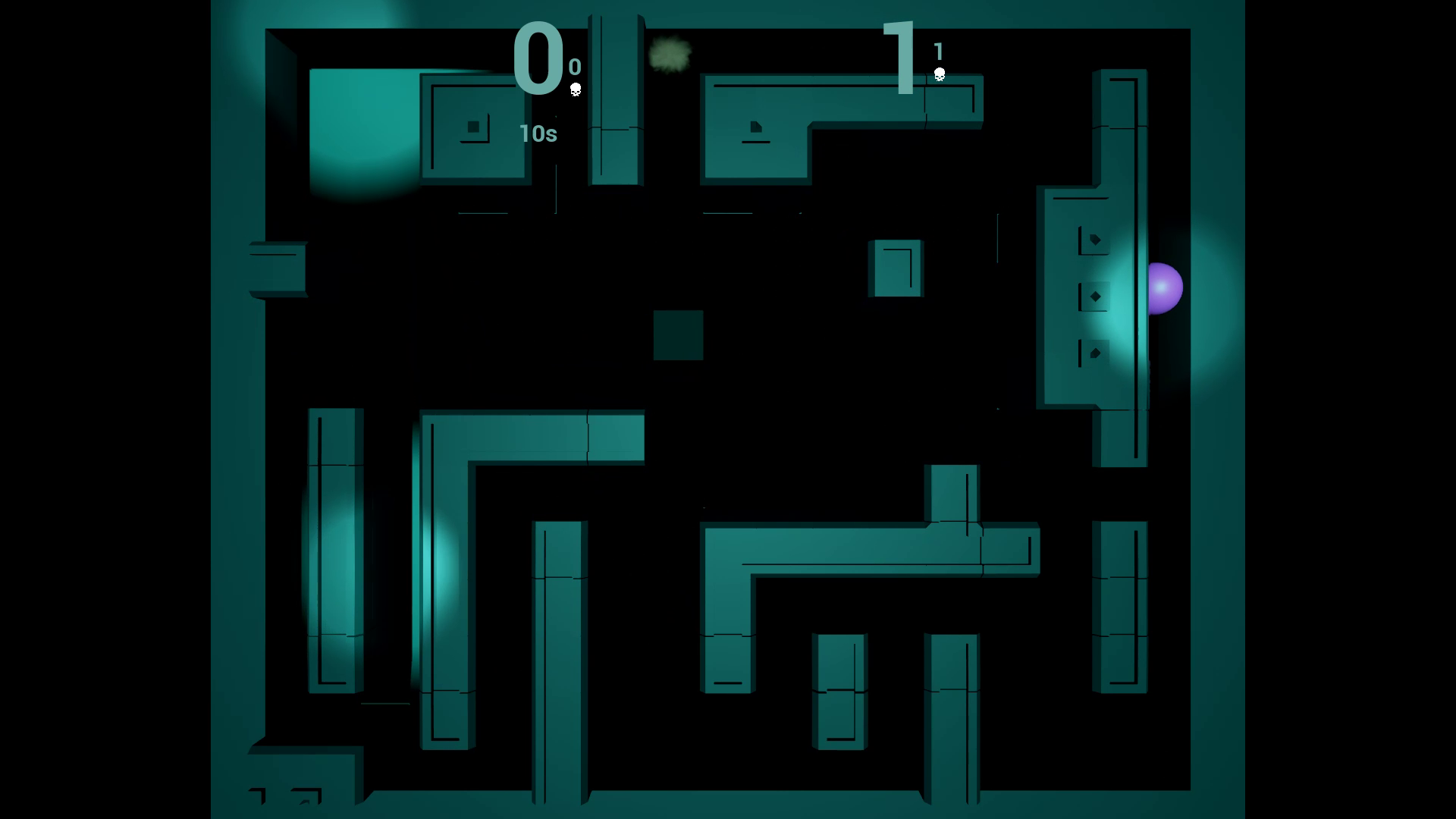 I’ve identified what is, I believe, the latest show-stopping bug in the game. When playing against someone, a very specific situation can lead to the cube not re-appearing if the carrier gets killed. I’ll post a video demonstrating that in a future article, when this is solved.

I’ll try to post gifs of the game and its bugs as soon as I find the easiest method for it.