Just a couple days left on the release of my game Bridge Builder Racer. What is new? And what will be added before release?

New UI Update:
I've created a new UI to reflect the low-poly artstyle I use throughout the game. 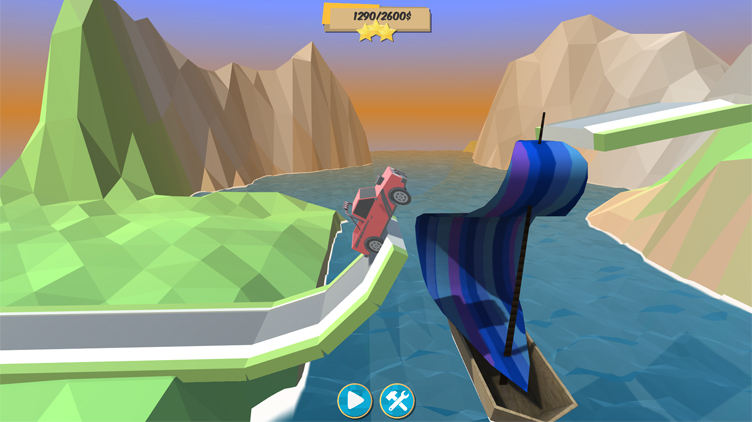 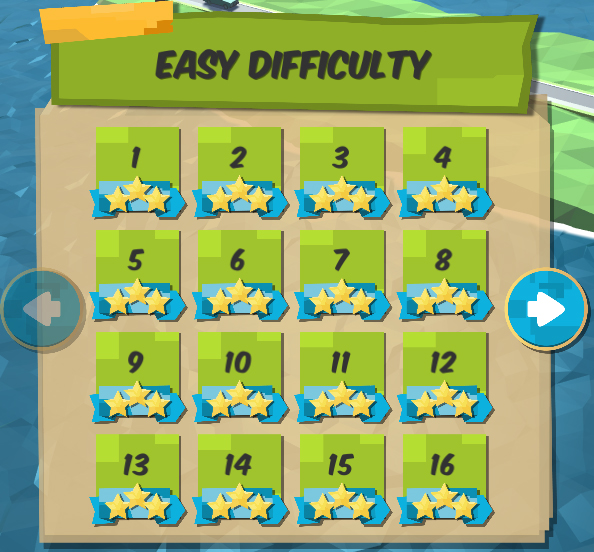 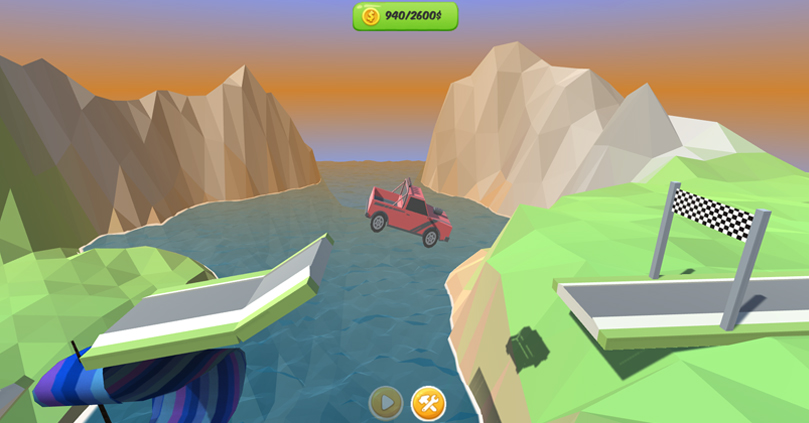 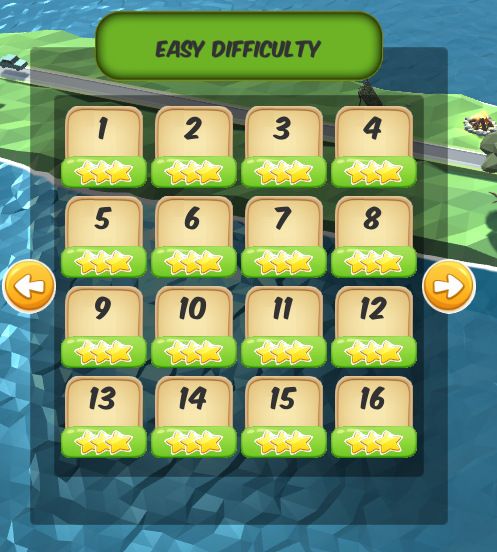 Added Achievements
Right now I've added 12 achievements in the game. There's one secret achievements, so goodluck finding that one ;-). I am planning on making more before launch of the game! Some achievements:

Look mom, no money!
Complete A level without spending any money

New Levels
The newest level is level 46! A few more to go before launch. Here's a screenshot: 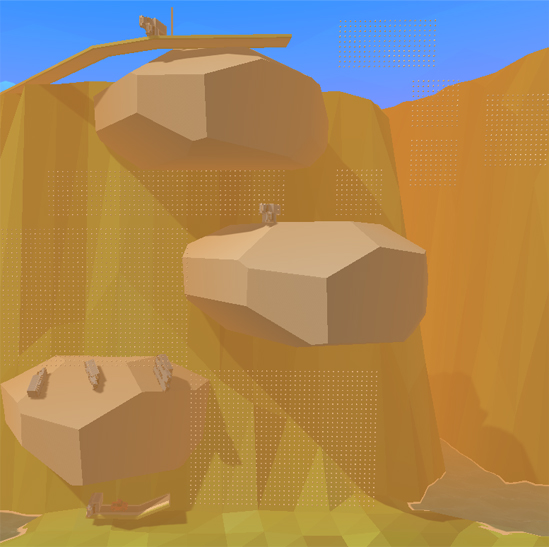 And much more :)! Currently adding more achievements, more levels and need a bunch more testing! Thanks to all the beta testers!