New devlog entry for Shardpunk. Let's talk about the future. And go play that demo!

For starter, here's a reminder that the 0.3 "Shelter and Stress" update is already live. You can download it on itch.io at Bryqu.itch.io, and the Steam version should be available in a few days.

This is the third time I've "released" Shardpunk. It does feel nice to have such an iterative approach and to be able to gain player feedback for the ever-increasing slice of the game. As usual, I will make sure that I respond to every person who has participated in the post-game survey.

Releasing a game (well, a piece of it) does take time. I basically spent the last two weeks doing no game development at all - it was all about playtesting, creating new screenshots, putting the trailer all together, updating the webpage, etc. etc.

I also had to get familiar with the Steamworks stuff to be able to upload and release the demo to Steam. It turned out to be fairly easy to use and well documented. 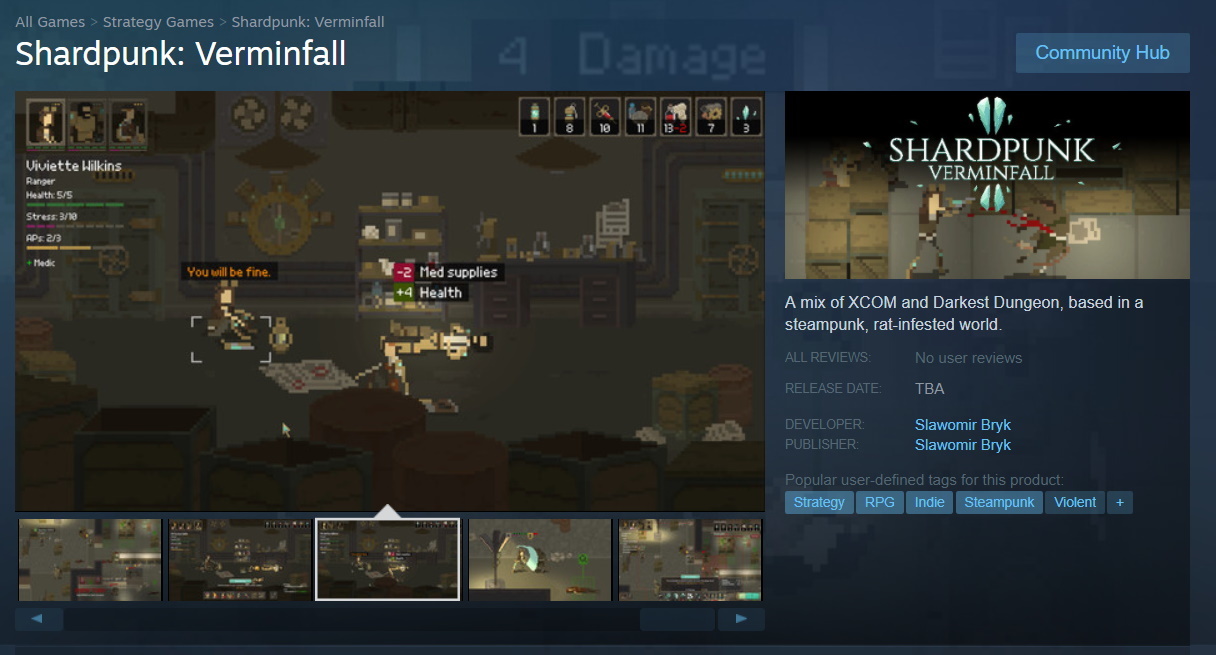 I knew that being an indie game dev requires wearing a lot of hats, but it turns out it's even harder than I thought.

Anyways, life goes on, and it's time for me to focus on my next goals. These are: creating the next alpha and increasing the amount of the time I spent on game development.

Let's talk about the next version first. I've named the 0.4 update "Map and XP", which means that two new major features will be map travel (being able to select the next mission, as right now it is not possible) and leveling your characters.

Besides these two major features, I will be surely addressing any reported issues and filling some gaps in gameplay mechanics. For instance, I need to figure out how to solve an issue with the player not having any fusion core available (and these are necessary for finishing a level). I will write more about this in my future entries.

As for increasing the amount of time I can spend - this will be a tough one. I am not able to quit my day job, as I have a family to feed. Going full-time indie would require me to secure some funding, so I'll be pitching the game to publishers. I've been working on a game pitch document (well, a presentation) that I will be sending over in few places. 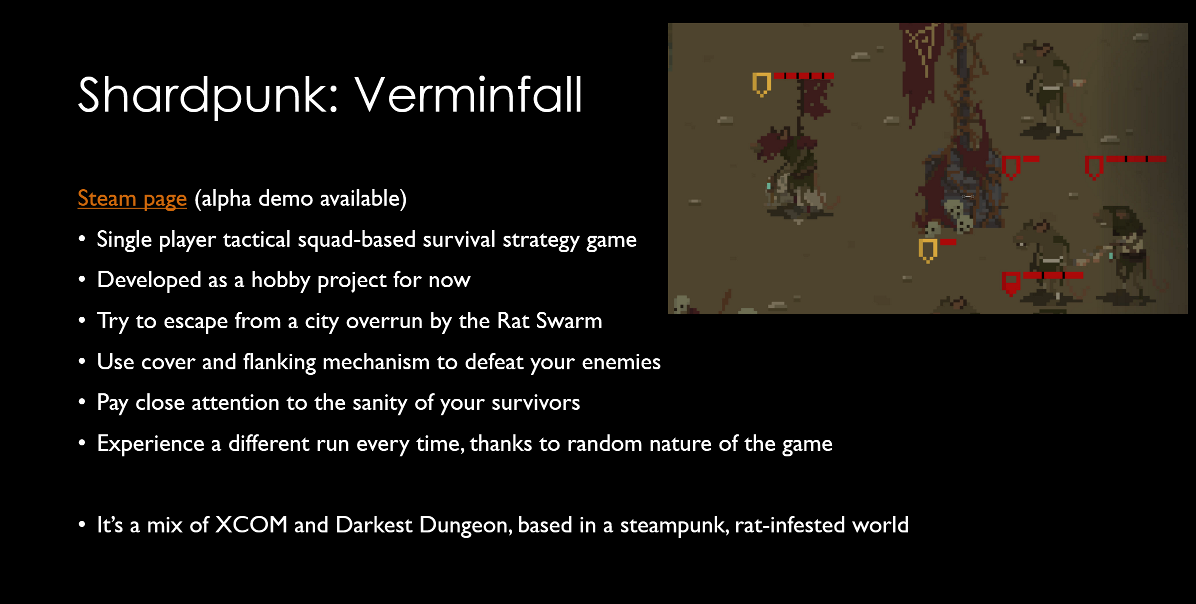 I am also participating in two competitions in Poland which should increase awareness about Shardpunk.

Lastly, I am considering giving a mixed approach a try. First of all, I could consider taking a month break from my day job and see how much progress I am able to make when focusing purely on game development. It should allow me to flesh out the estimates I have for the remaining work on the game. If this works well, I might be reducing my day job to half-time - but only if I'd be sure that I can deliver the game in a reasonable amount of time AND if I would see that the game would be able to sell well (I guess it will all be about the number of wishlists I will have by the end of 2020).

So yeah, we will see how it goes. I am keeping my fingers crossed that Shardpunk will get recognized during the competitions. And one way or the other, I am starting to work on the next feature. It will be a slow but steady process. Heck, it will be especially slow in September, as the children are going back to school so this period is extra time-consuming.

Take care, everyone! And go play that demo!

Take care, and thank you for the write ups.