We thought this would be a good time to take a look at the recently implemented UIs in Vagrus. 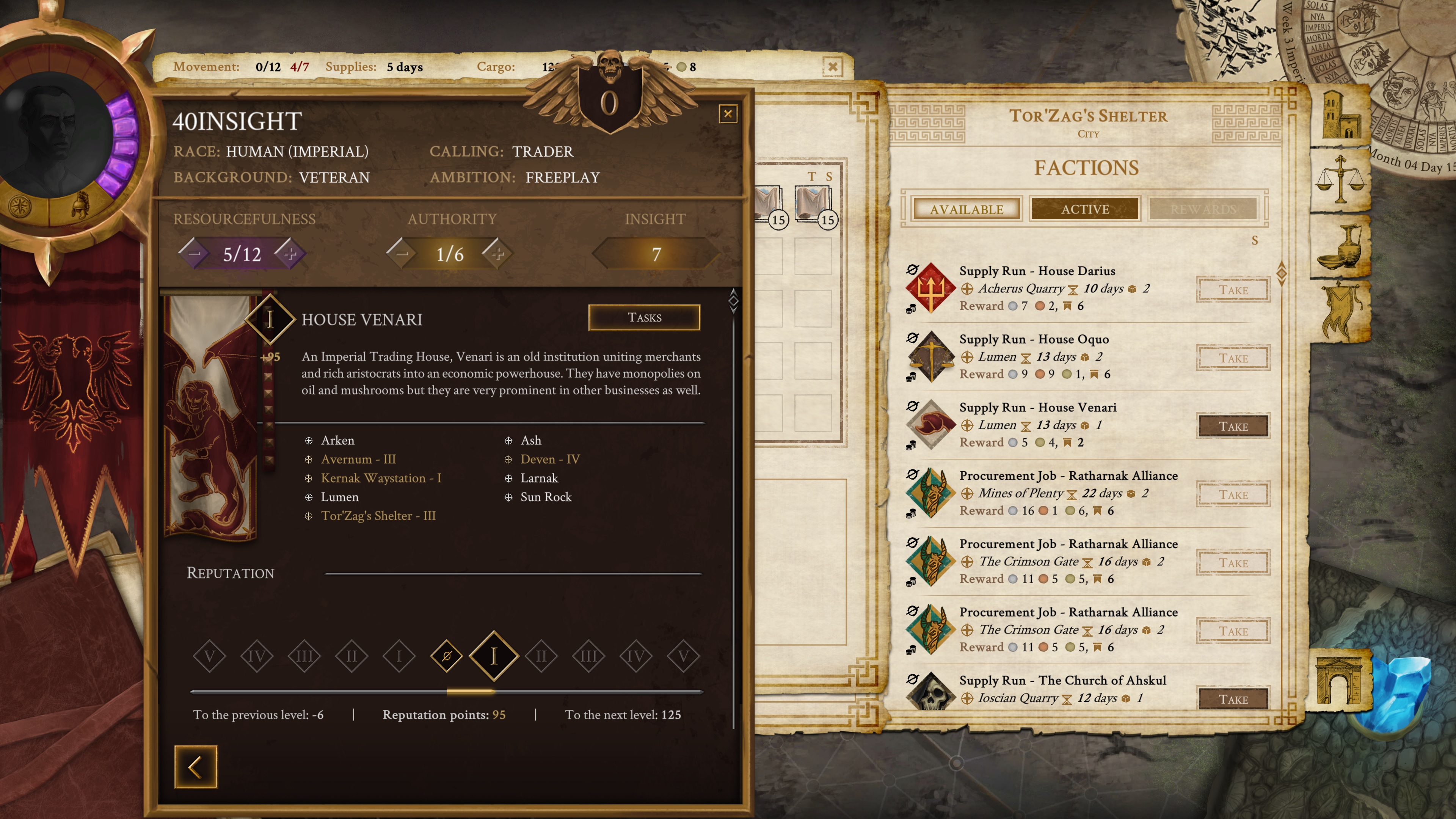 With the Factions tab, you can track your standing with the various factions in the game's world. At a later point in the developement, it will be possible to claim rewards for each unlocked reputation tier (although there are already a lot of implicit benefits and rewards for high reputation with almost every faction).

The Leader Status and Perk Summary UI pages might seem a superfluous gains at first, they round out the status effect UIs, as well as provude vital information about Perks, so it is indeed a very important milestone in our march towards completing the game's interface.

In short, factions are organizations you can gain reputation with. Enough points unlock tiers of faction standing that award the player with all kinds of goodies: discounts, items, equipment, and better paying Tasks, to name a few. Factions are often at odds with each other, so gaining reputation with one might lower reputation with another or two. You can absolutely lose standing, which results in losing the passive benefits of that tier (although not the already possessed rewards). Most factions also provide quests and other content with the right tier unlocked.

There are several places where you can find factions on already existing UI elements. First and foremost, factions appear as a separate UI tab under the Leader main UI (since faction relations belong to your character the vagrus). You can check your standing with all factions here as well as what each tier provides, read about factions, and check on their allies and enemies. 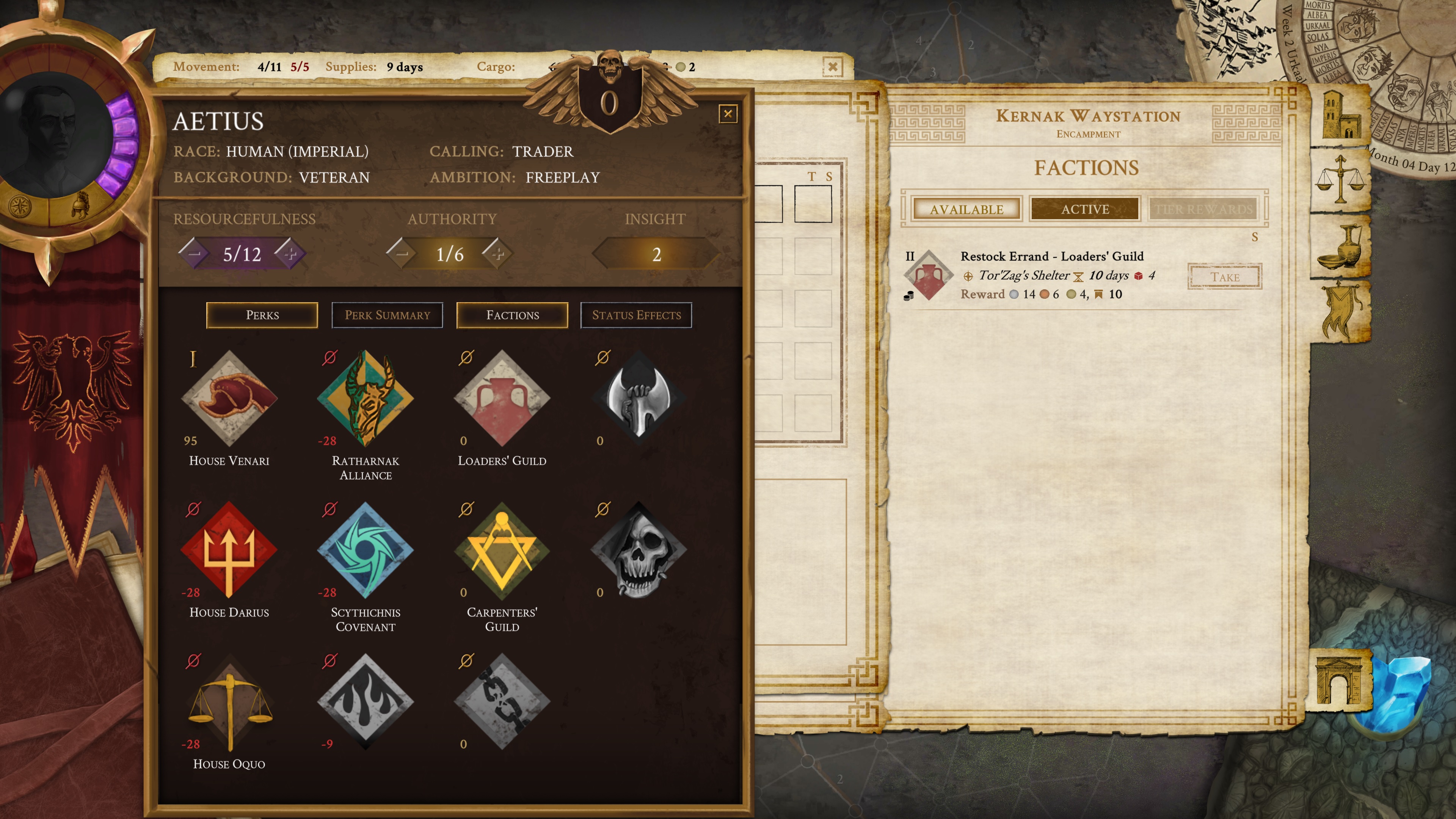 Apart from that, factions also appear on the settlement UI, where Tasks can be taken, turned-in, and rewards are redeemed, provided the faction in question is present in the given settlement. Faction presence is also varied, with headquarters allowing for the most interaction. Most factions have a presence in large cities, though. 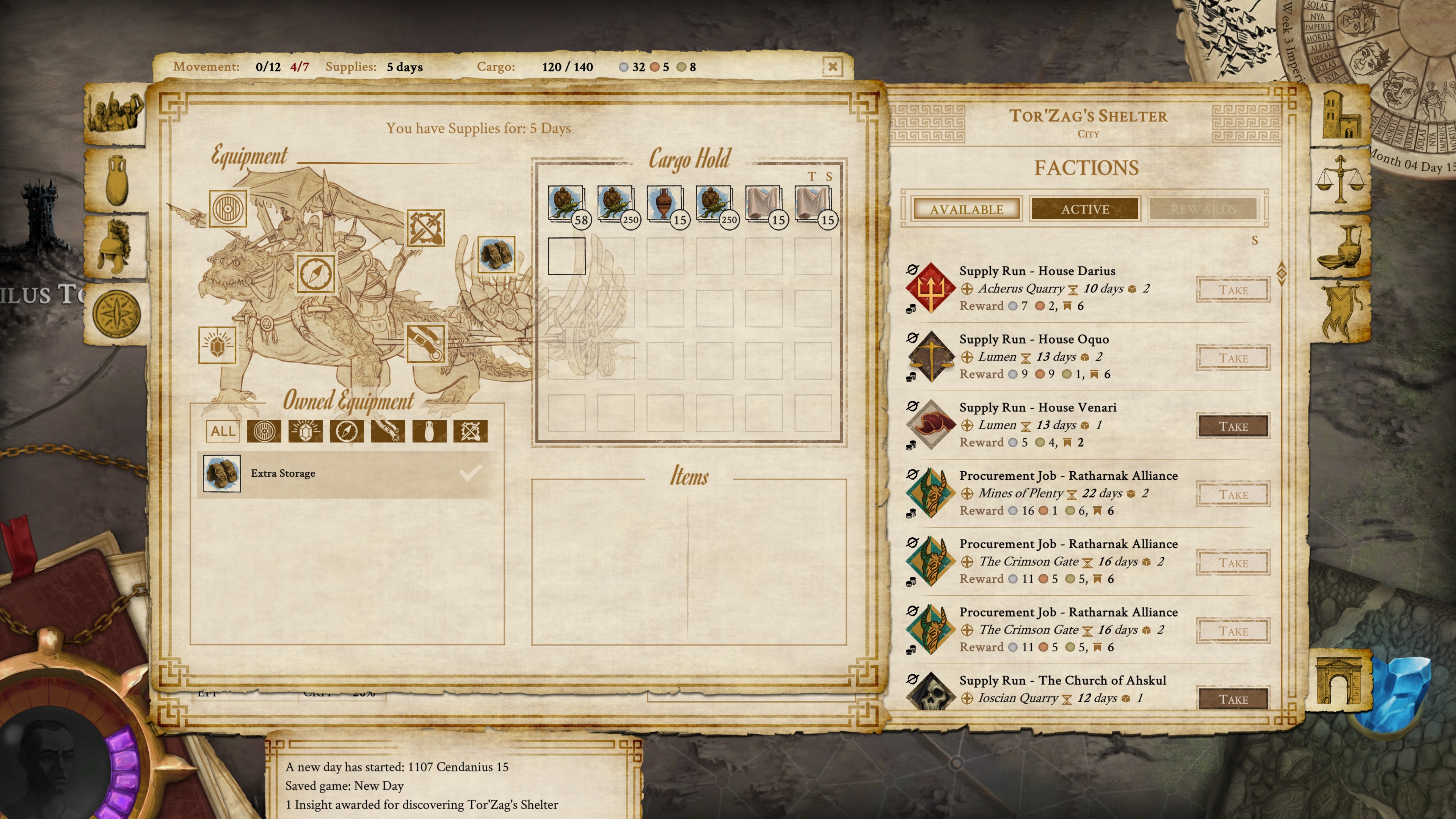 Task are randomly generated missions that allow players to level up their faction reputations. Tied to specific factions, Tasks can be trade contracts, mercenary jobs, or exploration missions. There is a post that deals with them in more detail here. As far as factions are concerned, they are closely tied to them: only factions can give you Tasks, depending on how well they like you. For now, trade Tasks will be implemented. 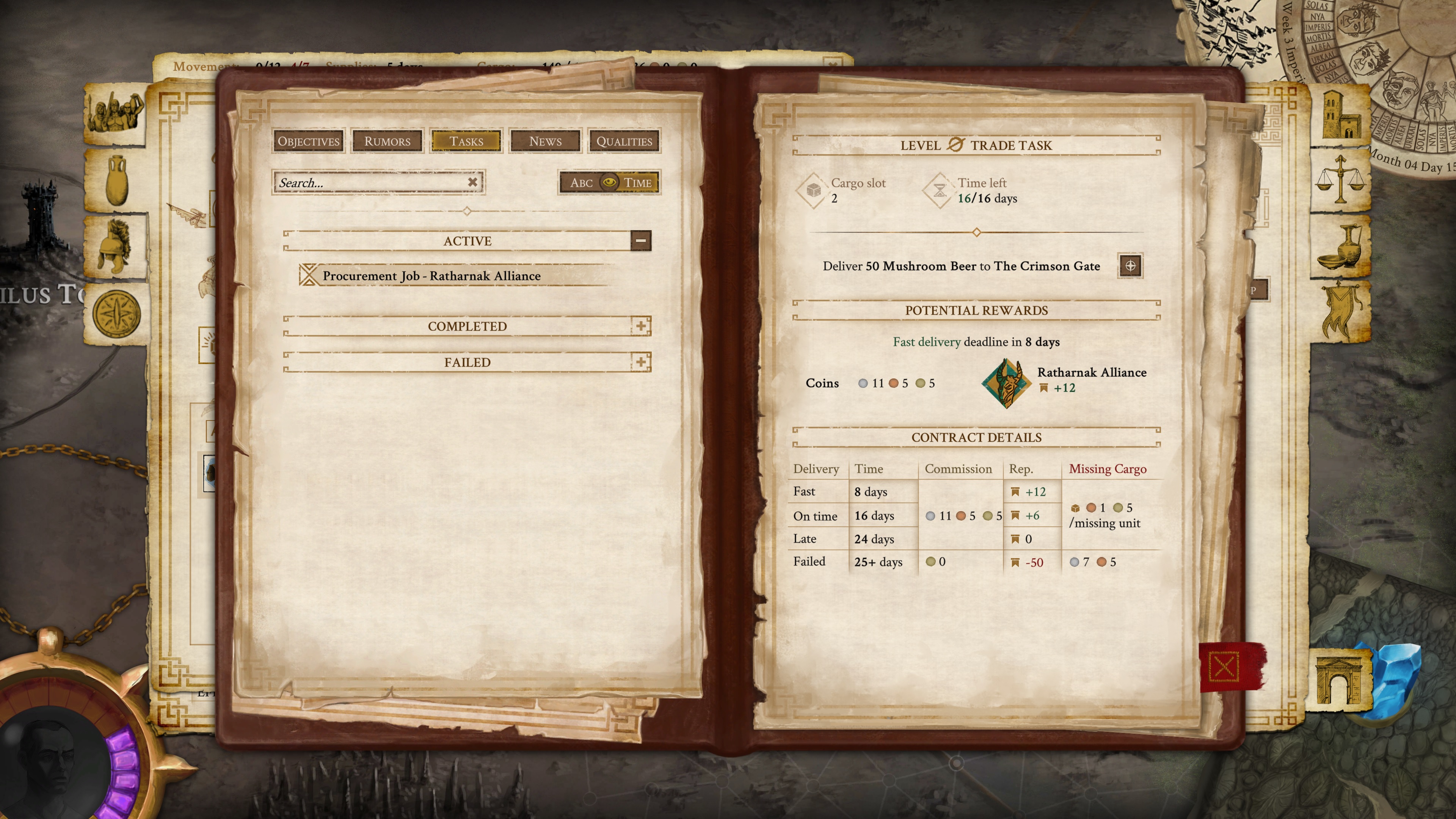 There are 11 factions currently in game, though several of them are partially implemented and will be fleshed out more with upcoming content patches. Some of them you have already encountered when playing the Open-world campaign, like the Church of Sergorod, the Ratharnak Alliance, the furtive Abolitionists, or one of the Imperial Trading Houses. We'll discuss them in more detail in a future post.

All kinds of long-lasting and temporary status effects can be received that affect the vagrus, your character, and these are listed on this pane. Its addition became especially important with the coming of Faction rewards, many of which provide bonuses borne by the leader of the comitatus (while companion- and crew-related effects get listed on their respective UI elements). 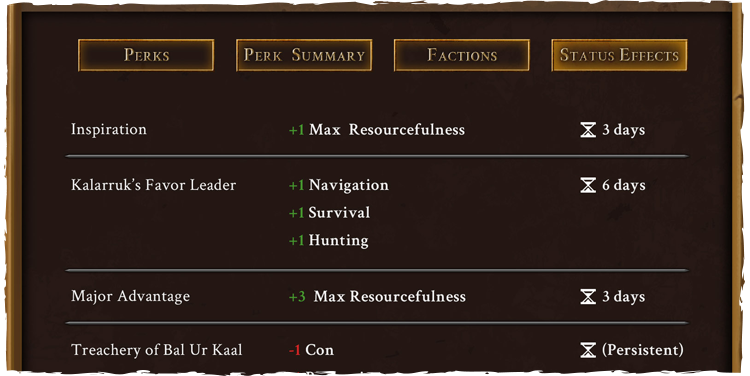 With this addition, you'll finally be able to check each Perk's cumulative value. These are collated from your vagrus, your companions (including their Gear), equipment, and enduring effects. You can also see the breakdown of these Perks ordered into categories. Naturally, this UI only shows Professions and Attributes, as only these can be gained from multiple sources.