Welcome to another devlog! Today we’re here to talk about a few of the bosses of Okinawa Rush. We’ve already covered the heroes so it’s only fair that we move on to the baddies. 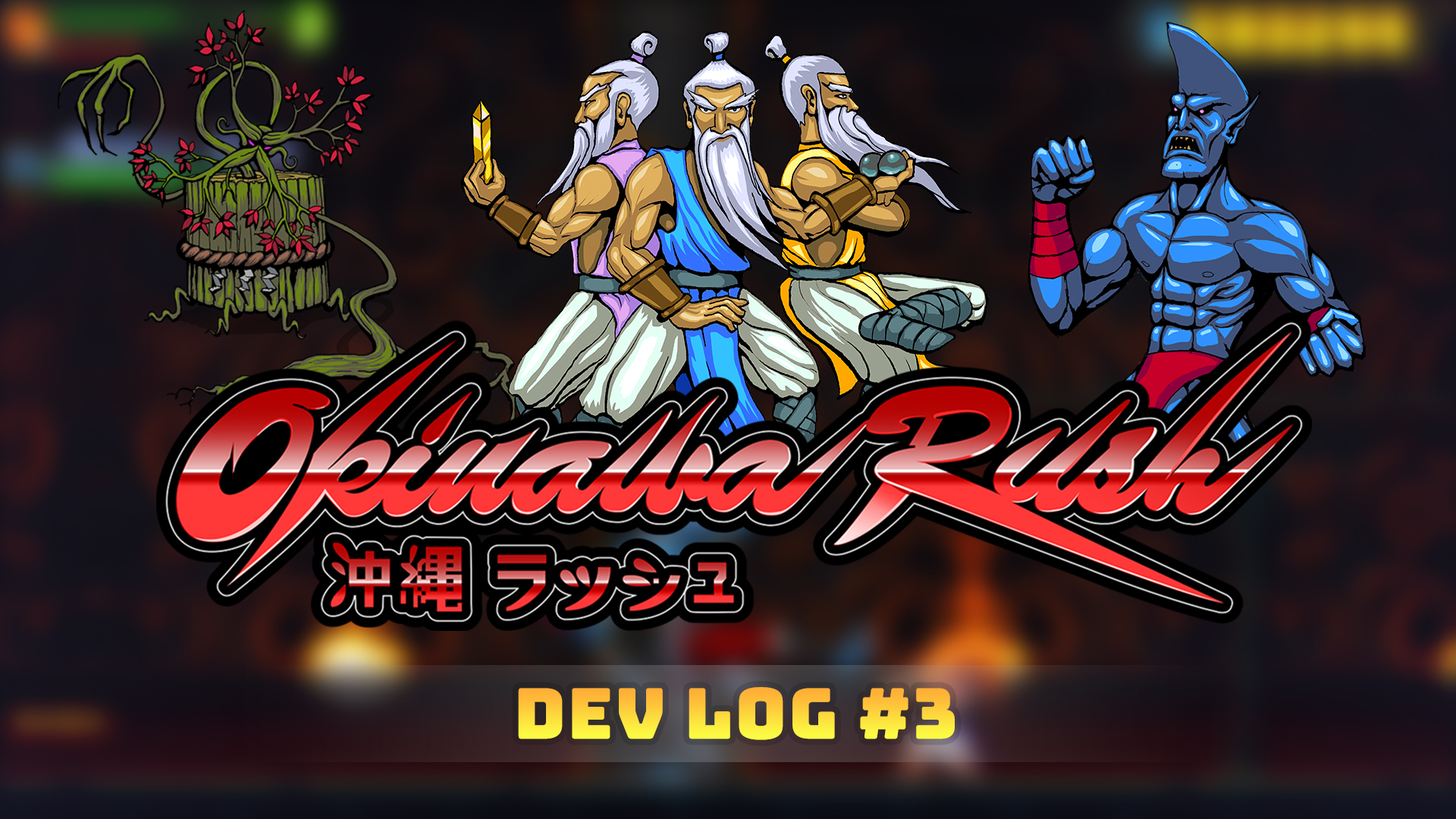 Thank you all for leaving comments and sharing your feedback regarding the demo. We work hard to ensure you’ll like the game so no critique is too small for us to consider. We’re really committed to making Okinawa Rush the best it can be so don’t hesitate to drop a few words of your impressions in the comments section. And now, without further ado...

Welcome to another devlog! Today we’re here to talk about a few of the bosses of Okinawa Rush. We’ve already covered the heroes so it’s only fair that we move on to the baddies. Of course, there’s the Black Mantis Clan, it has many members of different shapes and kinds, plenty of them of extraordinary strength and skill, but they’re not the only adversaries standing in your path. Today we’re going to focus on 3 encounters you’ll face on your journey: Rock Man, Jubokko, and The Kung Fu Masters.

Let’s Rock with the Rock Man 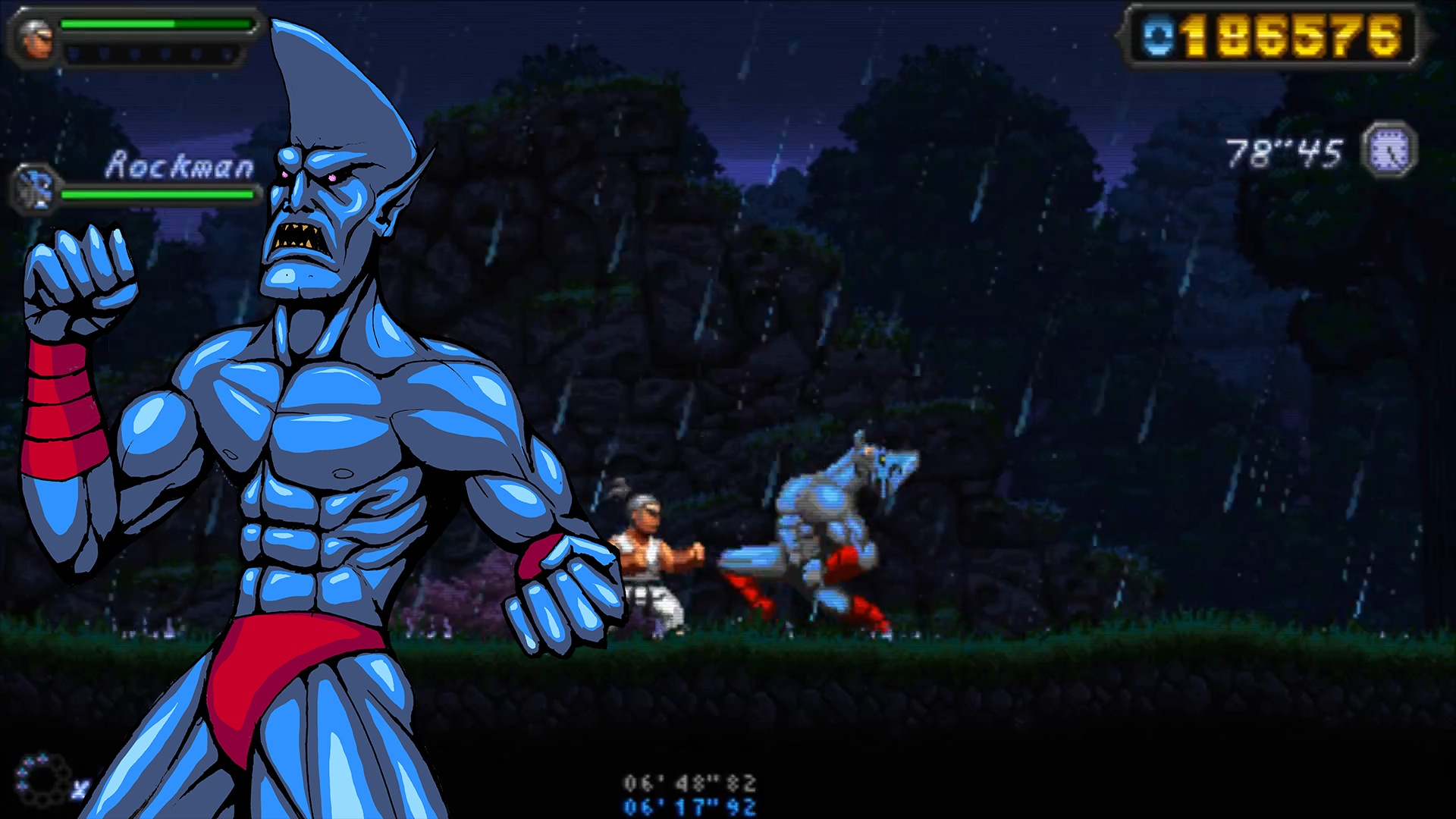 Rock Man in all his blue, muscular glory is one of the deputy leaders of the demonic Black Mantis Clan. His appearance, albeit supernatural, is still mostly humanoid. His mission is to obtain Hiro Yashima’s (who you might remember from the previous devlog) legendary training scroll at all costs, and he has the tools to do it. With his body chiseled and hard as a rock he can perform many devastating attacks, and his hammer-shaped skull allows him to nail his enemies to the ground. But that isn’t even his most devastating power, Rock Man, living up to his namesake, is able to summon rocks from the sky to crush anyone who tries to stop him. 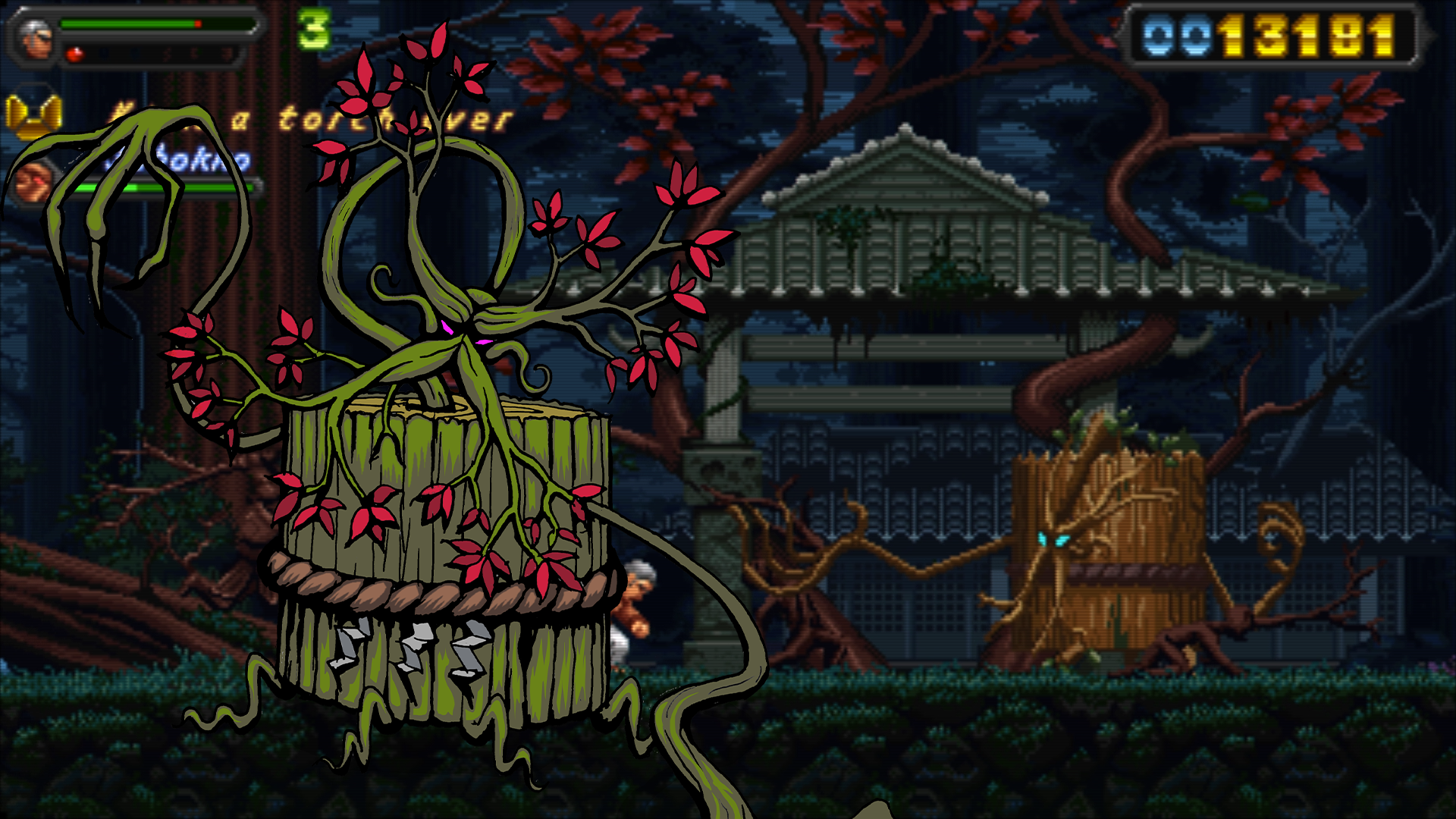 Jubokko is a demonic hybrid of a man and… a giant tree stump. Yes, you’ve read that right. His roots reach deep and far and he rules over the forest and all the souls that dwell there. Nothing happens without his knowledge. Not much knowledge also leaves the forest because people who venture inside rarely come back. That is because Jubokko has a twisted obsession with preserving his victims as living tree sculptures thus trapping their souls forever in wood. To do that he first has to capture them and to that end, he uses his special powers. He attacks from a distance with his pine cone fists but is not afraid to get up close and personal by rolling on his side towards you and crushing you with his body. He has a keen interest in adding our heroes to his disturbing exhibition, will you let him? 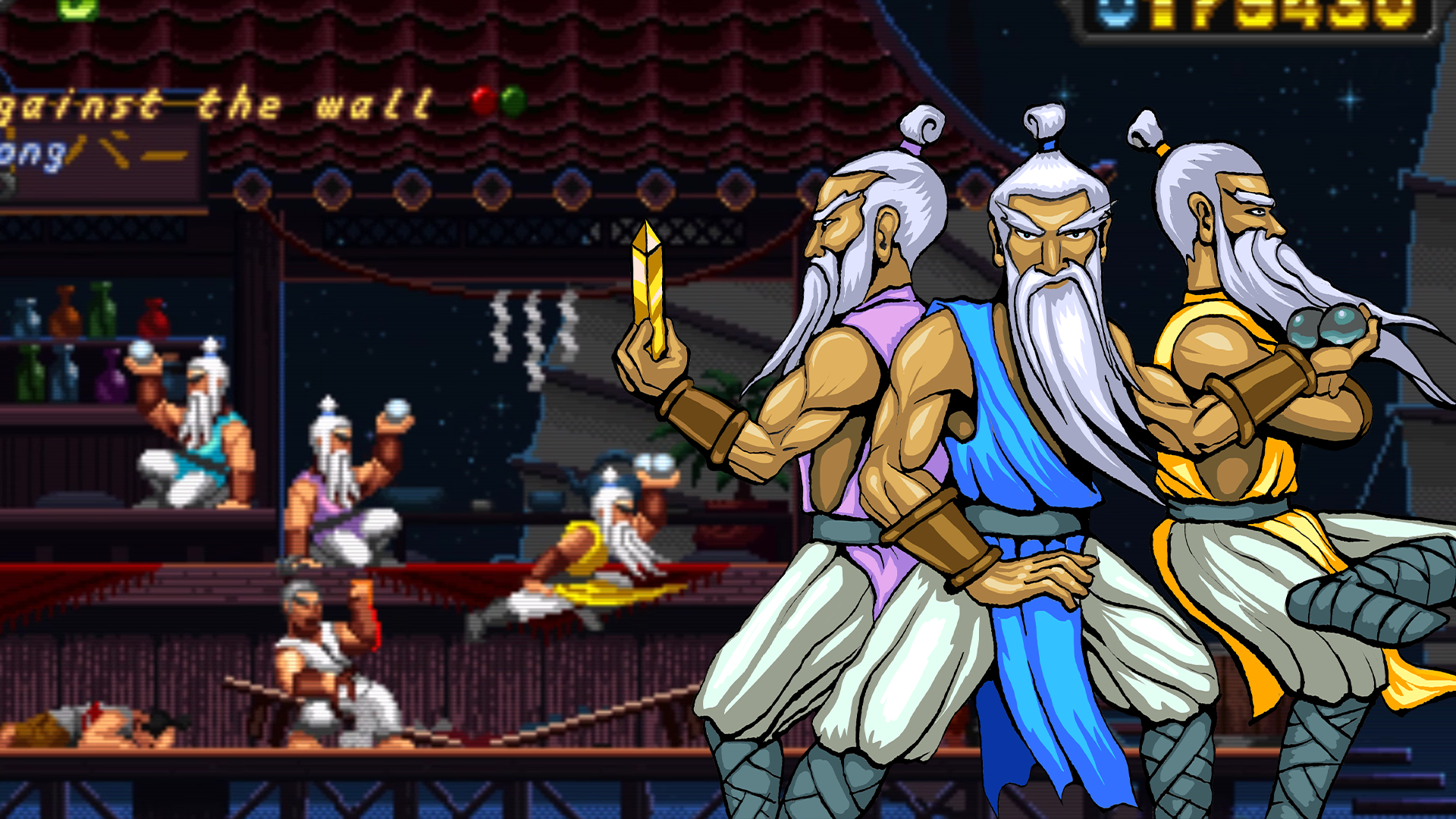 The Kung Fu Masters, as their name suggests, are martial arts masters. They have dedicated their lives to the mastery of Kung Fu. What their name doesn’t tell you is that they’re triplets! These three brothers have traveled far and wide to find worthy opponents who would truly test their skills and defeat anyone who dared to challenge them. After one of these bouts with a ninja from the Black Mantis Clan, they’ve obtained a dark crystal holding immense power. Oddly though, instead of making them stronger, this acquisition has sent them into a never-ending argument over which one of them should get to actually use the crystal. The three brothers stand in your way, aching to challenge you. Will you accept?

That’s all for this devlog! How did you like our bosses? Which one are you the most excited to fight? Let us know in the comments below! All of your comments and feedback are truly very valuable to us, and we want to hear from you guys, so, once again, I invite you to check out the demo and to post your impressions. Please stay tuned for more devlogs like this!

Until next time, brave warriors!