A closer look at the rewind mechanic in its current implementation.

Over the last week, we've been working to improve the look and feel of A Quiet Life's ambient rewind. For this purpose, we have updated the UI elements and animations in its visualizer. Before showing our progress, and to explain the properties of this mechanic, we'll delve into the main character's ability, and see how it shapes the gameplay.

Having detailed the non-playable housemate's properties in our first devlog, we'll now talk about the playable one. This character has the ability to detect and experience recent activity that occurred in a surrounding area, by rewinding time until the beginning of said action. However, while this power is being used, the character undergoes a loss of sight, that only returns once the ability stops being used. This ability can be used repeatedly, with no further limitations.

To translate this ability into the game, the levels are divided into multiple areas of focus, each containing a set of objects and surfaces. For the areas where there is a record of recent activity, an icon depicting a clock will appear on the bottom of the screen, indicating that it is possible to apply the ability there.

The recorded activity begins when the first touch on the surface in focus is registered, and ends only in the moment when it is interacted with for the last time. This means that some areas will have only a few seconds of activity, while others will be around the one minute mark.

This screen represents an idealization of what our character "sees" while making use of the ability. It contains all the necessary information to follow the activity as it occurs, solely through the sounds that are produced. A larger clock is presented, to monitor the duration of the audio in seconds, as well as a sort of media player to control its flow. From one side of the screen to the other, the waveform for the current audio source appears, with a bar that slides across it as it is played. 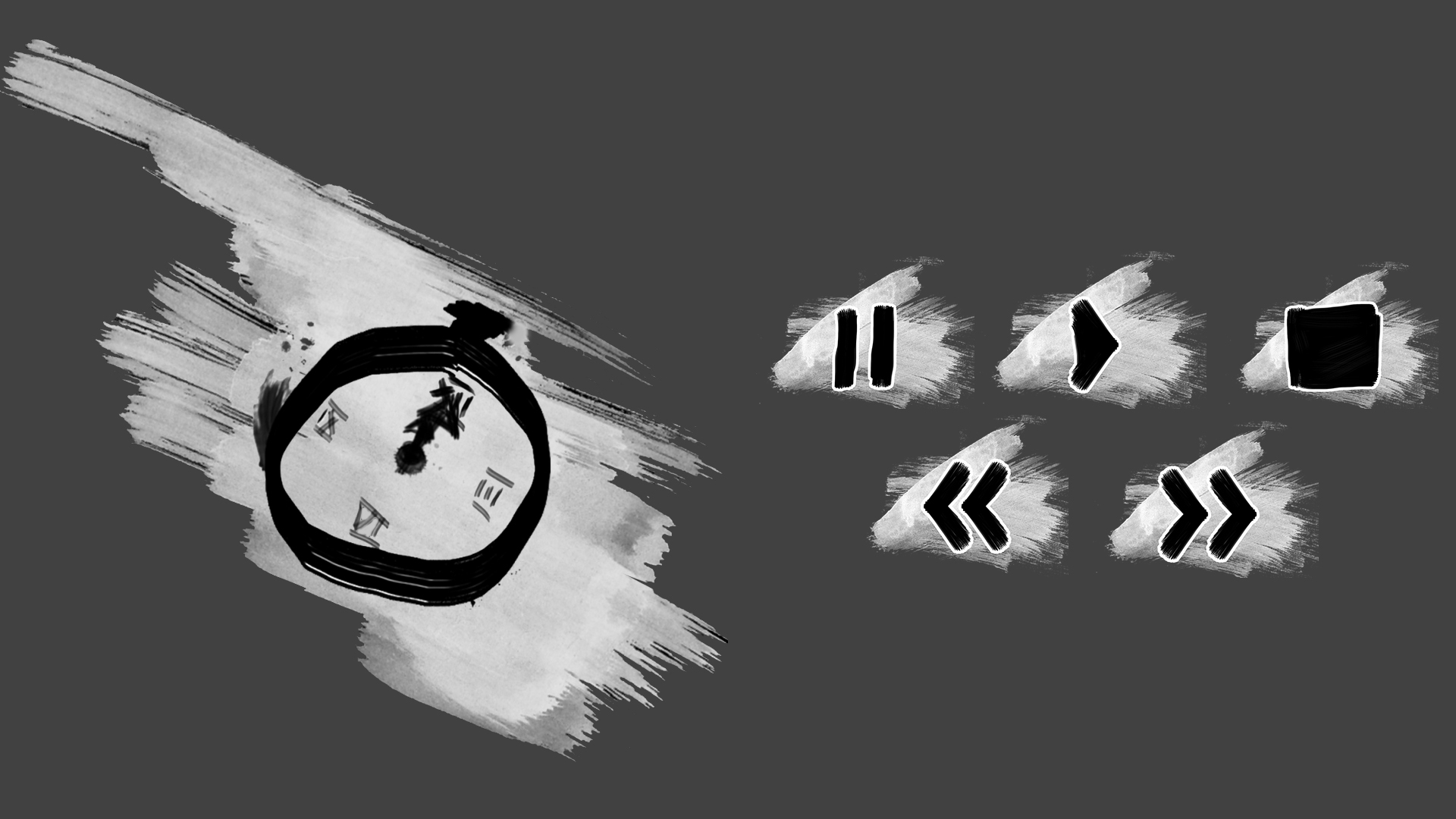 With the time limit of each level in mind, we needed to balance the transitions' duration. When applying the rewind ability on one of the areas for the first time, this is what the player sees:

When using the ability again in the same area, the actual rewind process is omitted, and the visualizer goes right into the audio sequence, with a slightly faster transition:

Those are the news we have to share for now. Thanks for reading!