Hello there fellow Human and welcome to the Devlog #04!

AI System
Recently we worked a lot on the experimental AI system. At first we designed a robotic AI character called Heavy Bot or just H-Bot in short. H-bot is a hostile character ready to attack and eliminate any player it sees. Endowed with a basic perception system it can detect targets that appear at 50-meter distance in front of it. Besides that it can hear shots and impacts of the bullets around it. It also reacts to the damage by starting actively investigating for a potential enemy in a direction of the perceived stimulus. Once a bot spots its target it will run towards it and attack it with powerful melee attacks. We designed this bot to be relatively slow but very dangerous on a short range. Besides that most of its body is heavy-armored but has a weak spot which is the eye. Hitting it will result in a high damage. 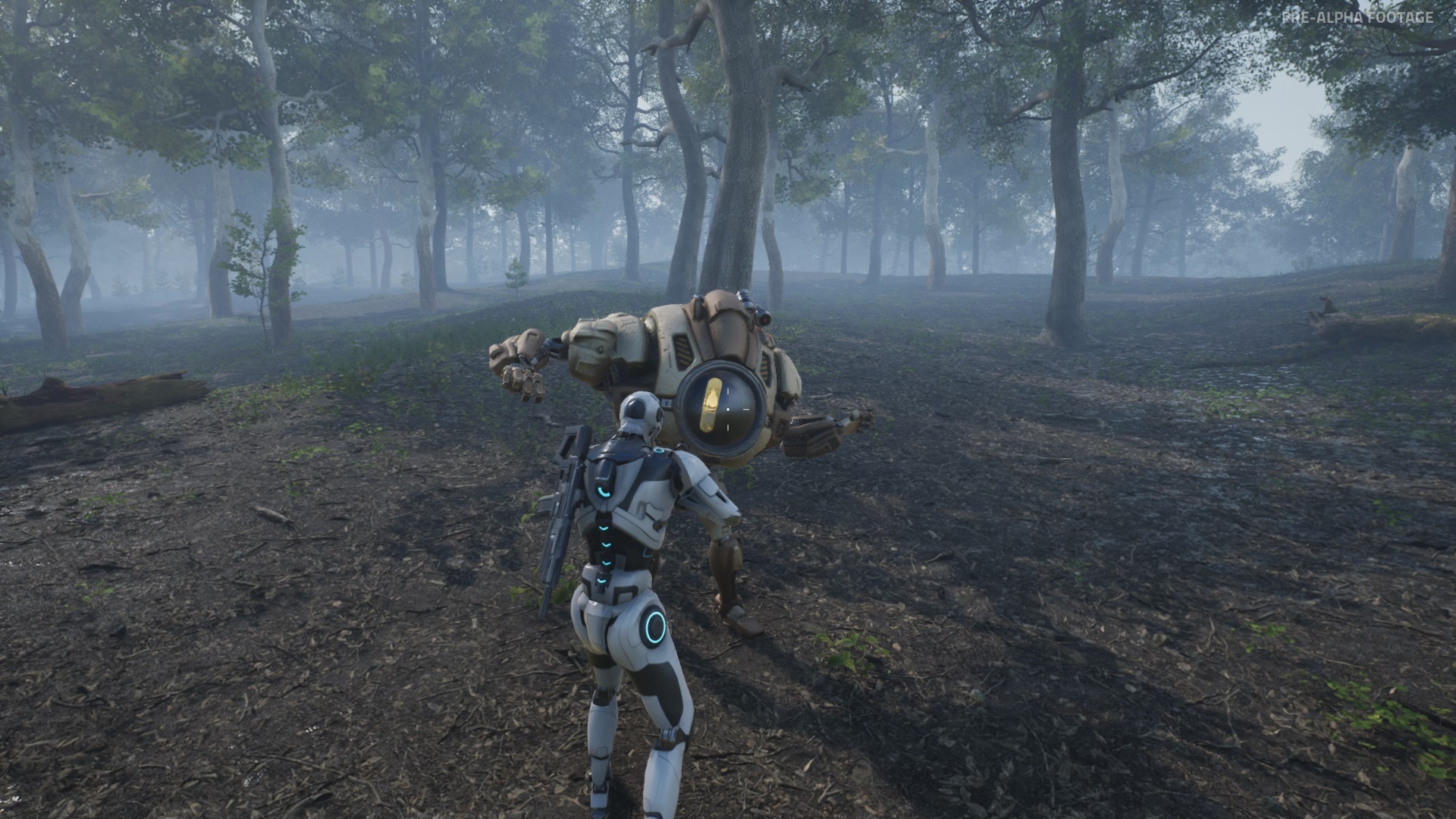 In order to spread the AI bots over the map we programmed a mechanism of spawners. Each spawner represents a circle whose radius can be adjusted to limit the area where the bots get initially started. The characters spawned within the specific spawner will explore the territory within its range looking for potential targets. Once killed they will respawn after a certain delay within the range of the mentioned spawner. In total we placed 7 spawners with approximately 10 robots in each which resulted in having 70 robots on the map at the same time. 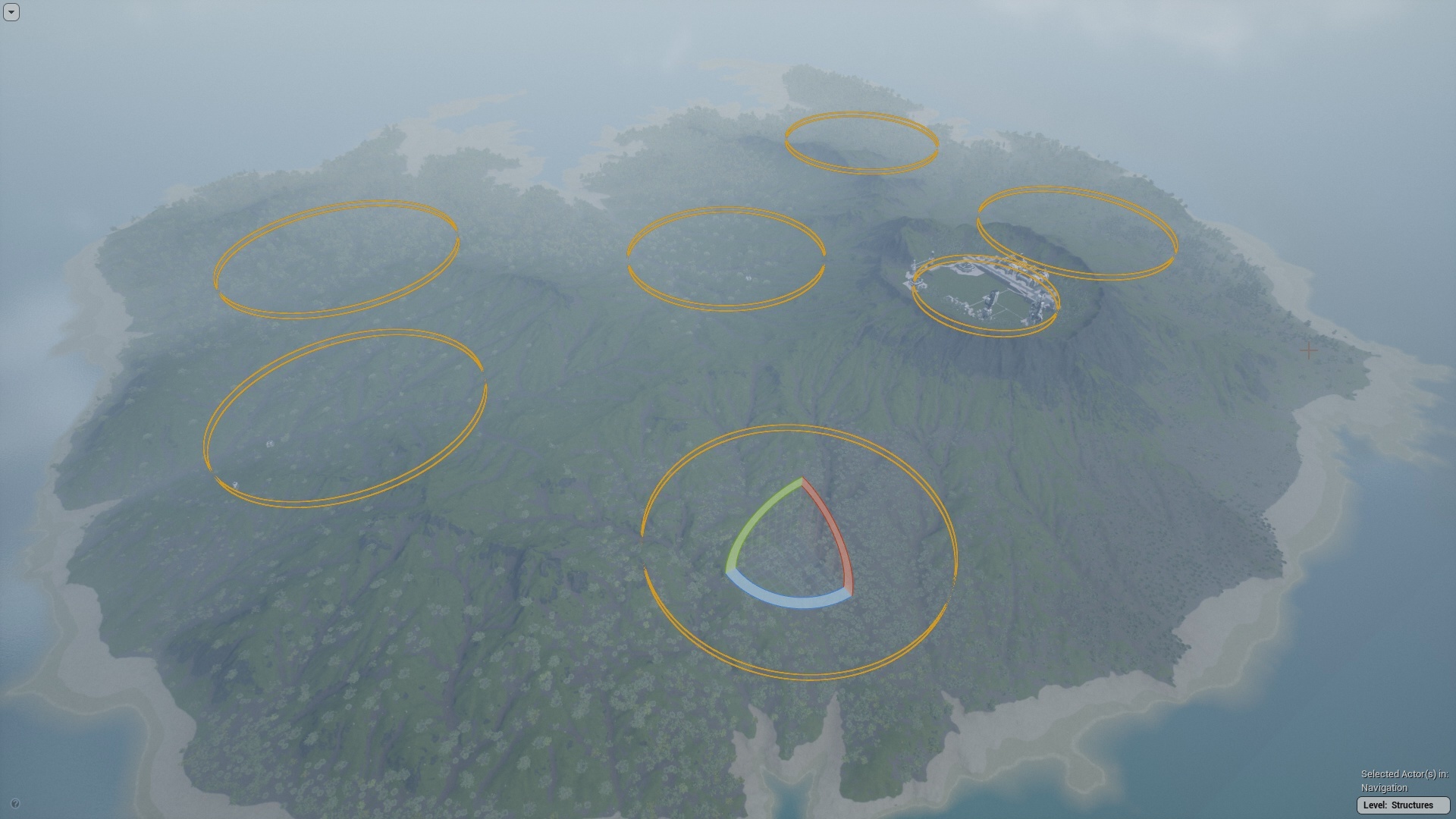 Testing the AI system in the game gave us good results. It proved to impact the gameplay positively especially when the players face attacks of multiple robots at once. Fighting the hoards of those bots can be extremely fun and challenging.

It was also important for us to test the client-side and server-side performance with a lot of AI characters on the map. However the fact we tested adding a lot of AI doesn’t mean we want to replace all real players in Terra Control with bots. This game mode will stay a PvP-focused experience with a limited usage of AI and this won’t be necessary character-like bots. 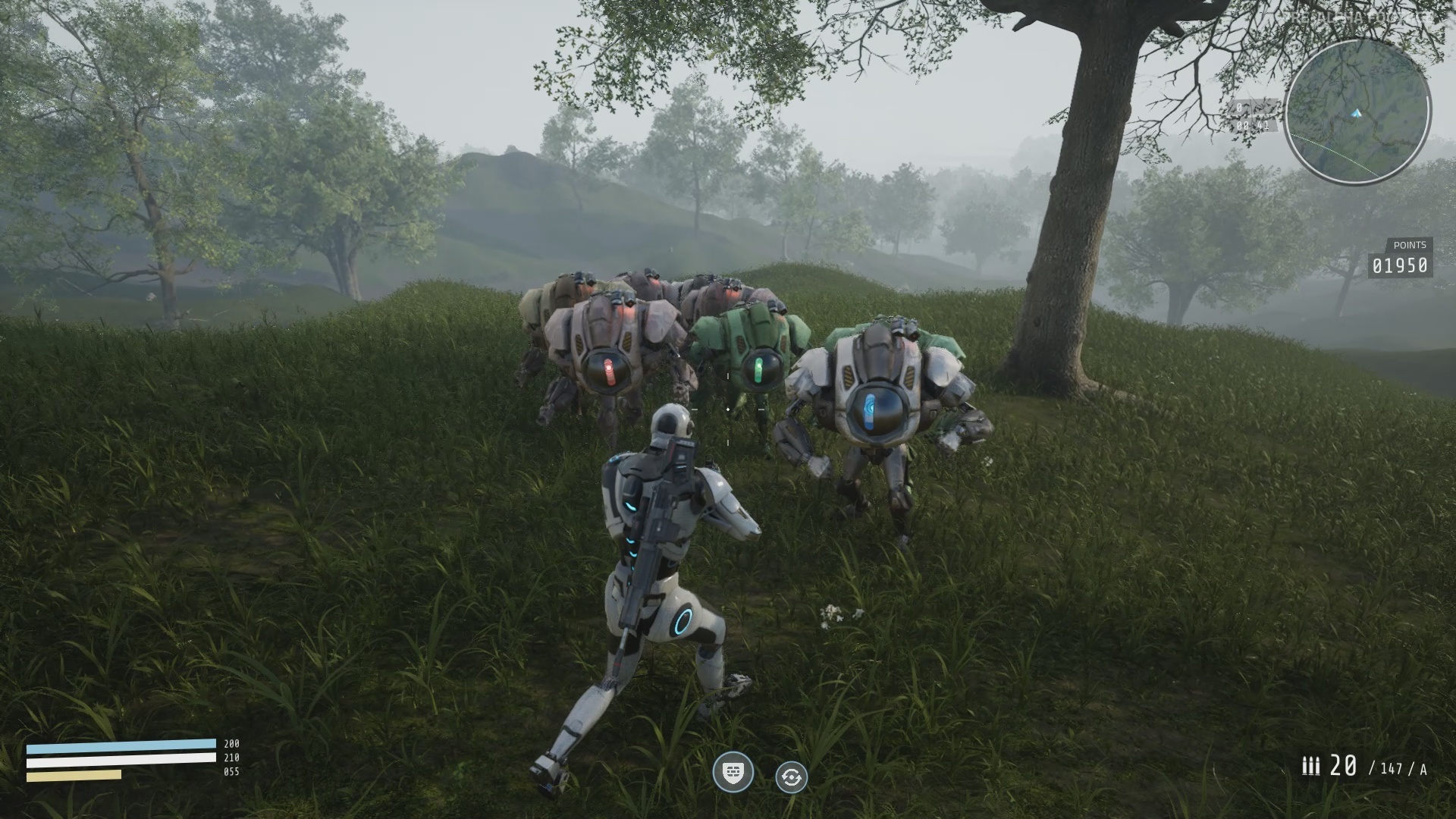 On other hand our second game mode called Intrusion will heavily depend on AI. We will reveal more details about this game mode in upcoming devlogs.

Animation & Movement Updates
We made another big update to our animation system. The main goal of this update was to replace most of the movement animations and increase their variety. Also we wanted to add various missing features. Let’s have a quick overview of the new things we iterated.

First of all, as already mentioned we replaced the body animations for all the movement states such as idle, walking, running and crouching. The animations from the new set we used are more smooth and polished compared to the old ones. They make the character movement look and feel even more nicely, especially in TPP. 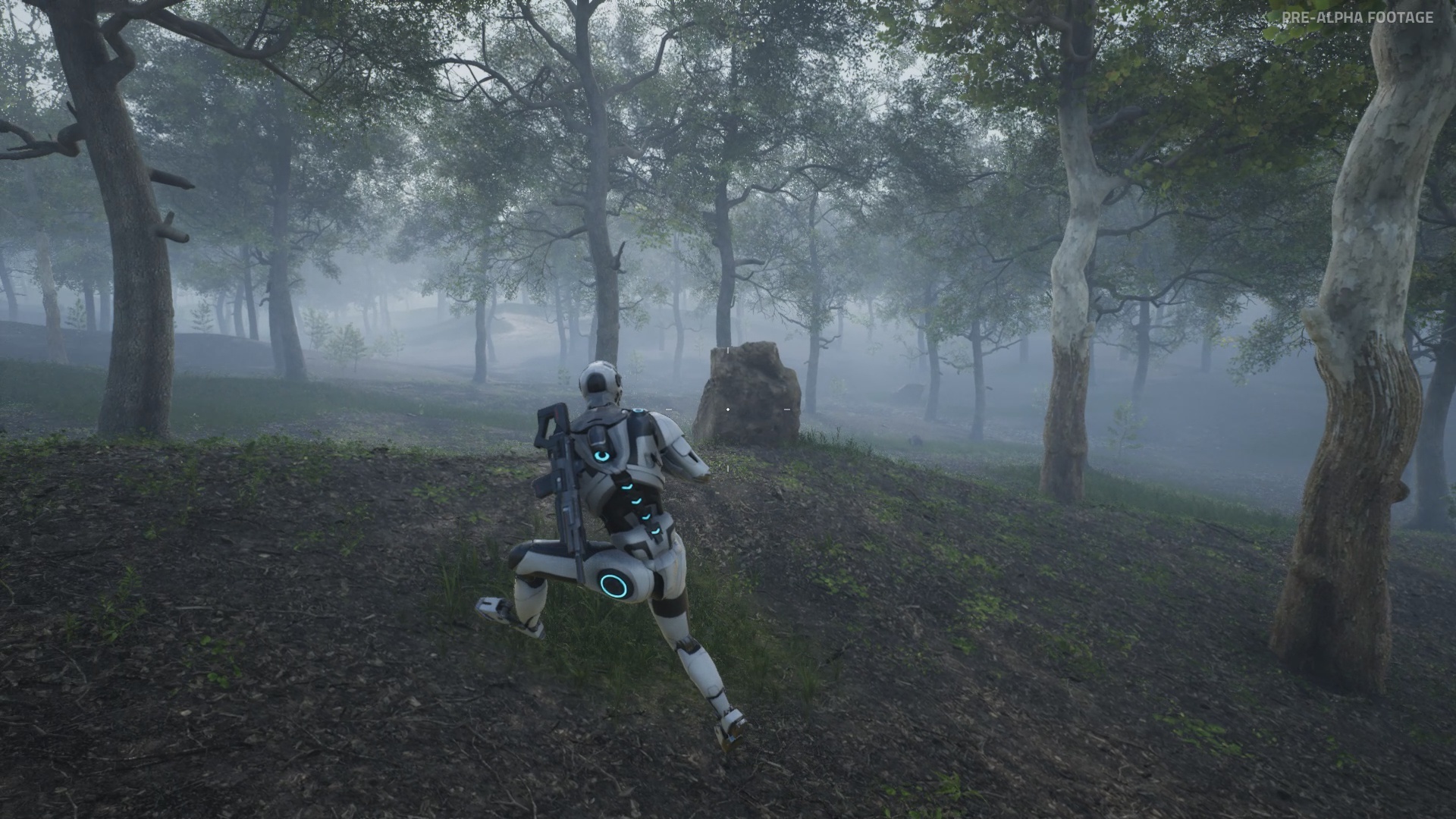 Jumping was significantly improved. Now it’s using around 40 different animations depending on the character speed and movement direction. Transition animation from the walking to jumping state is being chosen automatically based on the position of the characters legs in the moment of jumping.

Transitions from the walking state to idle were added as well. For that we have 16 new different animations.

We also animated turning left and right in the idle state. The turning looks more realistic now because the character will only move its upper body while its feet remain in the same place. Thereafter the robot will step left or right in case the turn angle is higher than a certain threshold.

That’s all for now! Thanks for reading! Write your thoughts in comments and don’t forget to wishlist the game!