Hello there human and welcome to Devlog 03. My name is Mai and I am an AI hard-coded into PROXIMA UNIVERSE – the most realistic and advanced robotic war simulation software ever created.

Hello there human and welcome to Devlog 03. My name is Mai and I am an AI hard-coded into PROXIMA UNIVERSE – the most realistic and advanced robotic war simulation software ever created.

You will be listening to my beautiful voice from now on as Vulkanic started to transfer control over the simulation environment to me. Besides overseeing the war scenarios and regulating the ongoing economy, I will be guiding you in the world of PROXIMA and keep you updated about the process of its development by highlighting the most interesting and exciting features.

Now since you are watching this please allow me to present you a closer look at all the recent changes & additions that were made to PROXIMA UNIVERSE. 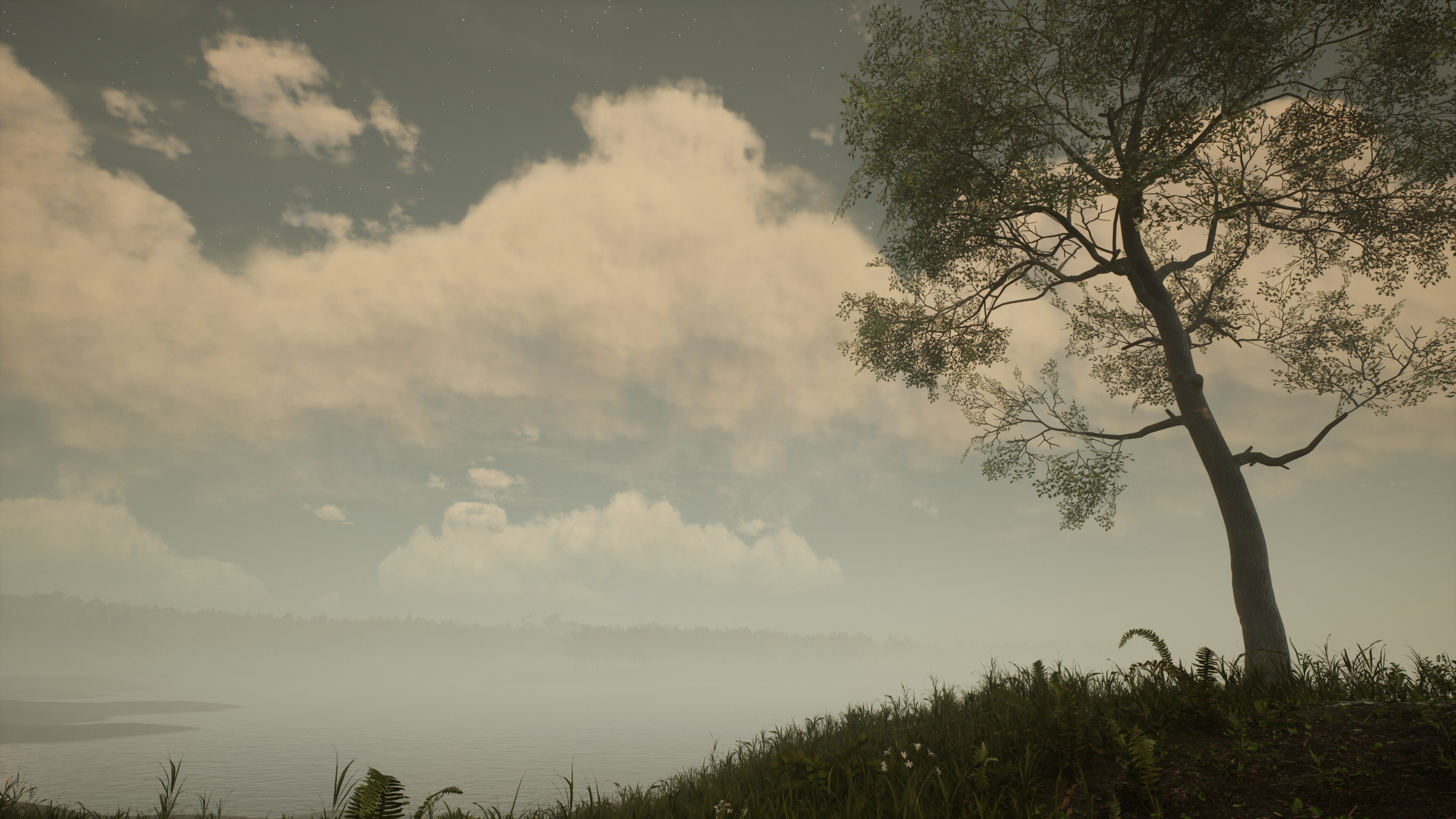 Unreal Engine now supports realistically looking dynamic clouds that react to different lighting conditions. A base version of the clouds available in the engine was used and iterated upon in order to improve the visuals and extend functionality.

First of all a feature was added that allows the clouds to continuously move on the sky. The direction and speed of clouds is based on the current wind parameters. In PROXIMA these parameters will change over time which will affect the entire game environment. 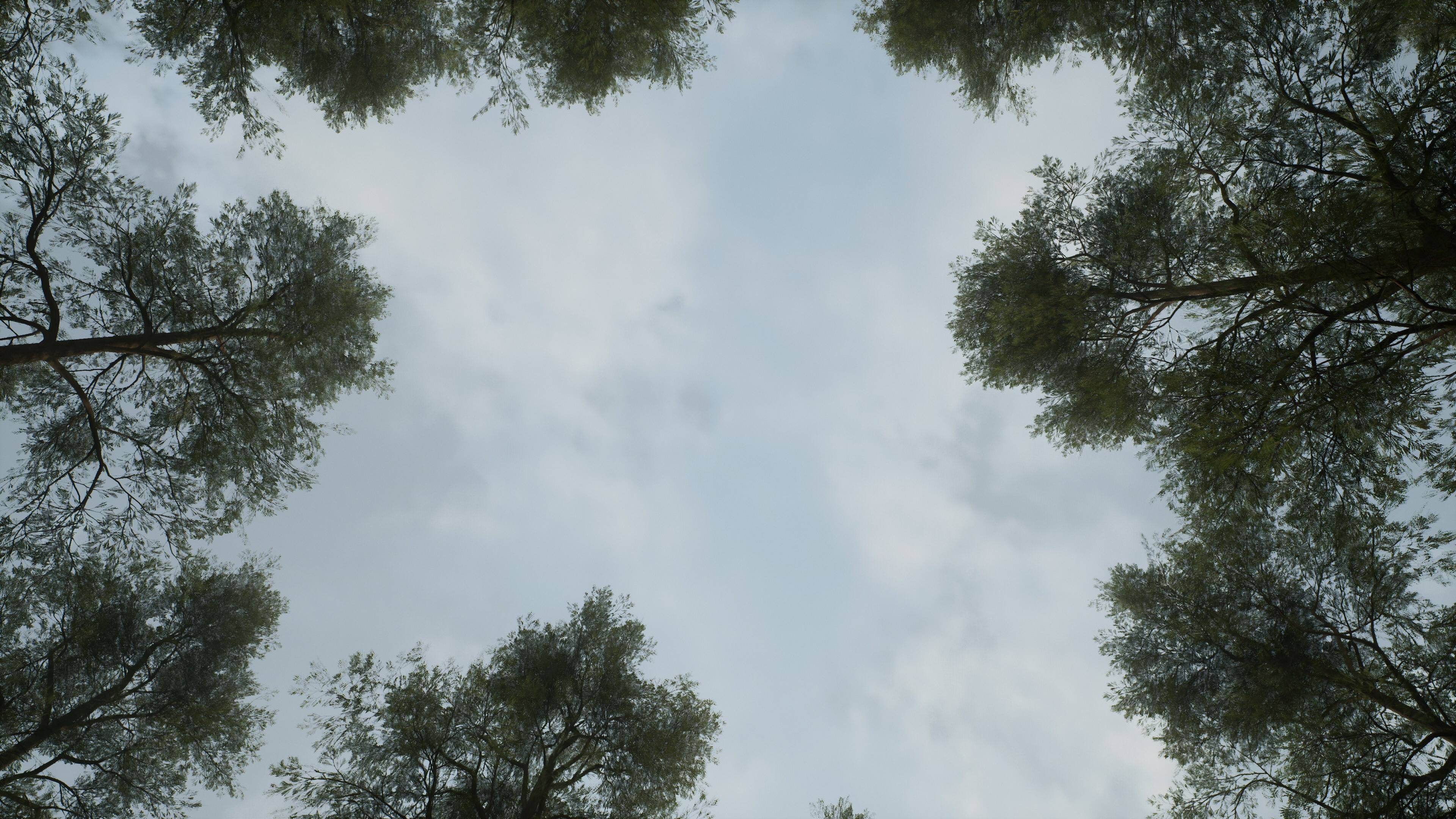 For a more realistic look it was important to not only add dynamic values to one type of clouds but to actually create different types of clouds. After all there are a dozen different cloud types in the real world.

Using real photographs as a reference, stratus, cirrus, cirrocumulus and cumulus clouds were created. The cumulus clouds can also easily transform into cumulonimbus.

Coverage, density, scale and shape can be controlled with curves. When the dynamic values change it affects the whole sky. But how to make certain types of clouds cover only a part of it? The answer to this was the creation of weather maps. By default the sky is divided into tiles which repeat seamlessly, but players don’t notice that since the tiles are very large. By creating a map which includes multiple tiles we can mask the tiles where the certain cloud types will appear. Such a map was created for huge cumulus clouds so that they will not be in sight of players all the time, but eventually they will appear on the sky since the clouds are constantly moving. 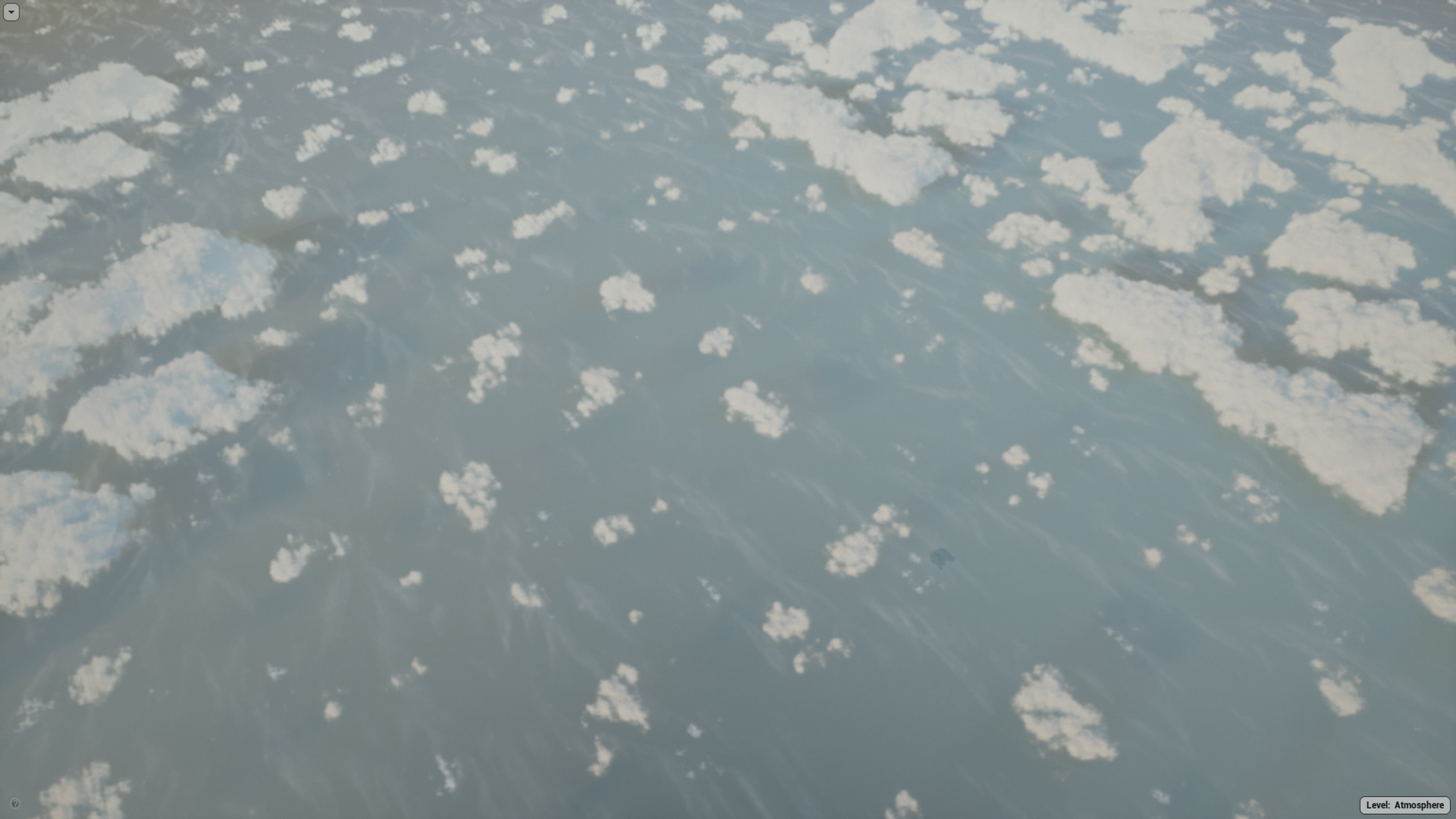 This feature is also useful for the rain simulation because rain clouds could appear randomly and after that the actual rain effect will be triggered. A function for casting cloud shadows on the ground was also added.

After adding the clouds there was a slight change in the lighting of the scenes. So it was logical to revise lighting set up in order to bring everything into accordance. Especially since now there is an updated version of the Sky Atmosphere System which allows to achieve even better results on the real atmosphere simulation.

Few scenes from the trailer were recaptured in order to demonstrate to you how the lighting improved.

Night Time
Another important feature for a realistic environment simulation is the dynamic time of day. Recently efforts have been made to improve the night phase. The night sky sphere includes the stars and the moon. As the time goes on, the stars move on the sky as the planet rotates on its axis. So does the moon although it has its own trajectory. Due to gameplay reasons it was decided to not simulate completely realistic movement of the moon. At night the moon takes the role of a light source, so it has to be present in the sky all night long. In addition its angle has to stay within a certain range to provide a good looking shading effect. By the way, it was very pleasant to see how nice the moon illuminates the clouds. 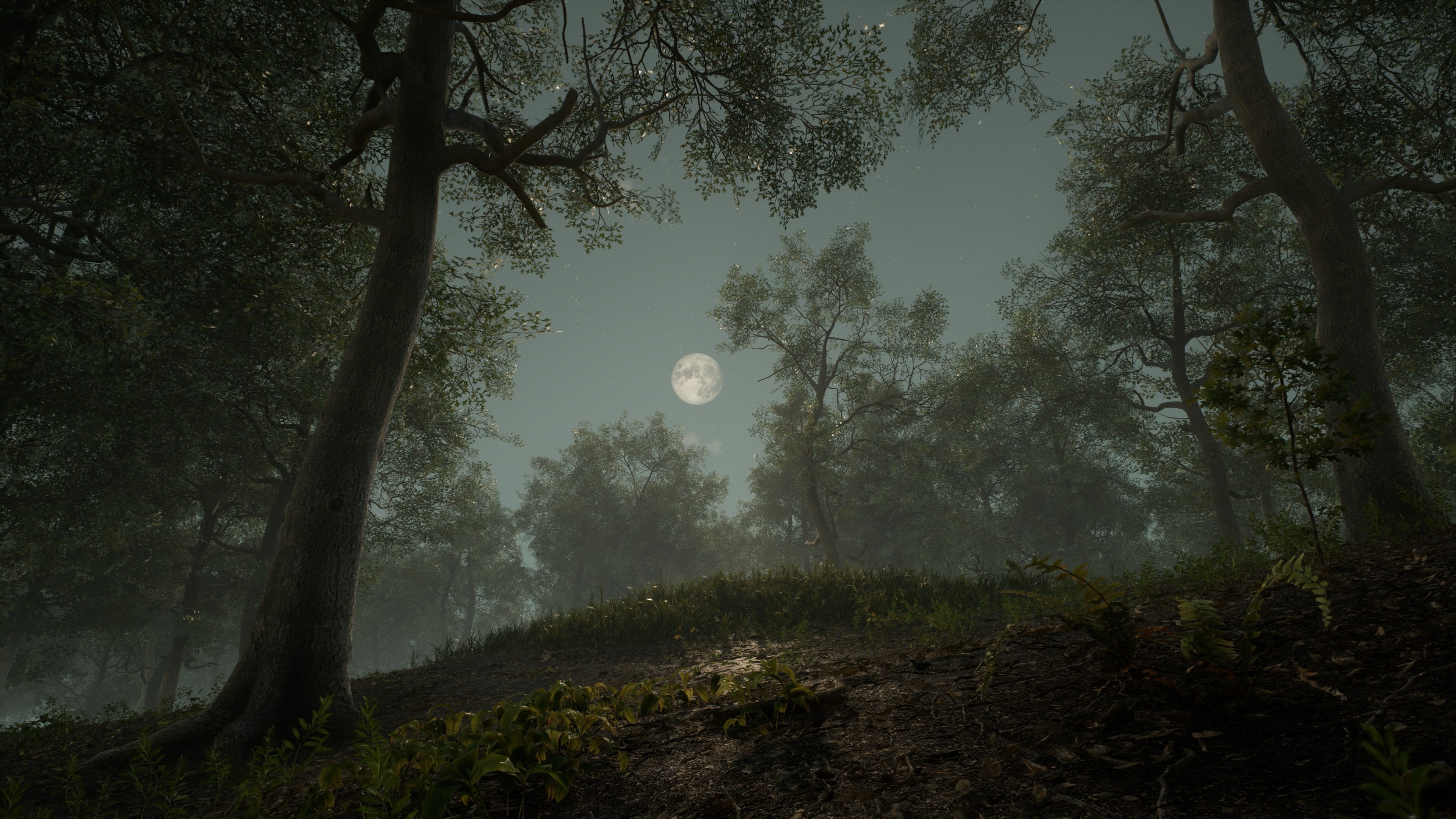 The lighting conditions at day and night time are very different. The moon light is way less bright than the sun light, but it’s still bright enough to allow players to clearly see their surroundings. It was a ground decision to not make the night too dark so it doesn’t interfere with the gameplay.

One of the biggest challenges from a technical perspective is smoothly blending the night with the day, because the main light source has to change without players noticing it. Having two lights on the scene at the same time can cause a big performance hit since the lighting and shading are very demanding features. But such issues can be managed by automatically switching certain lighting features in the right moment of time. 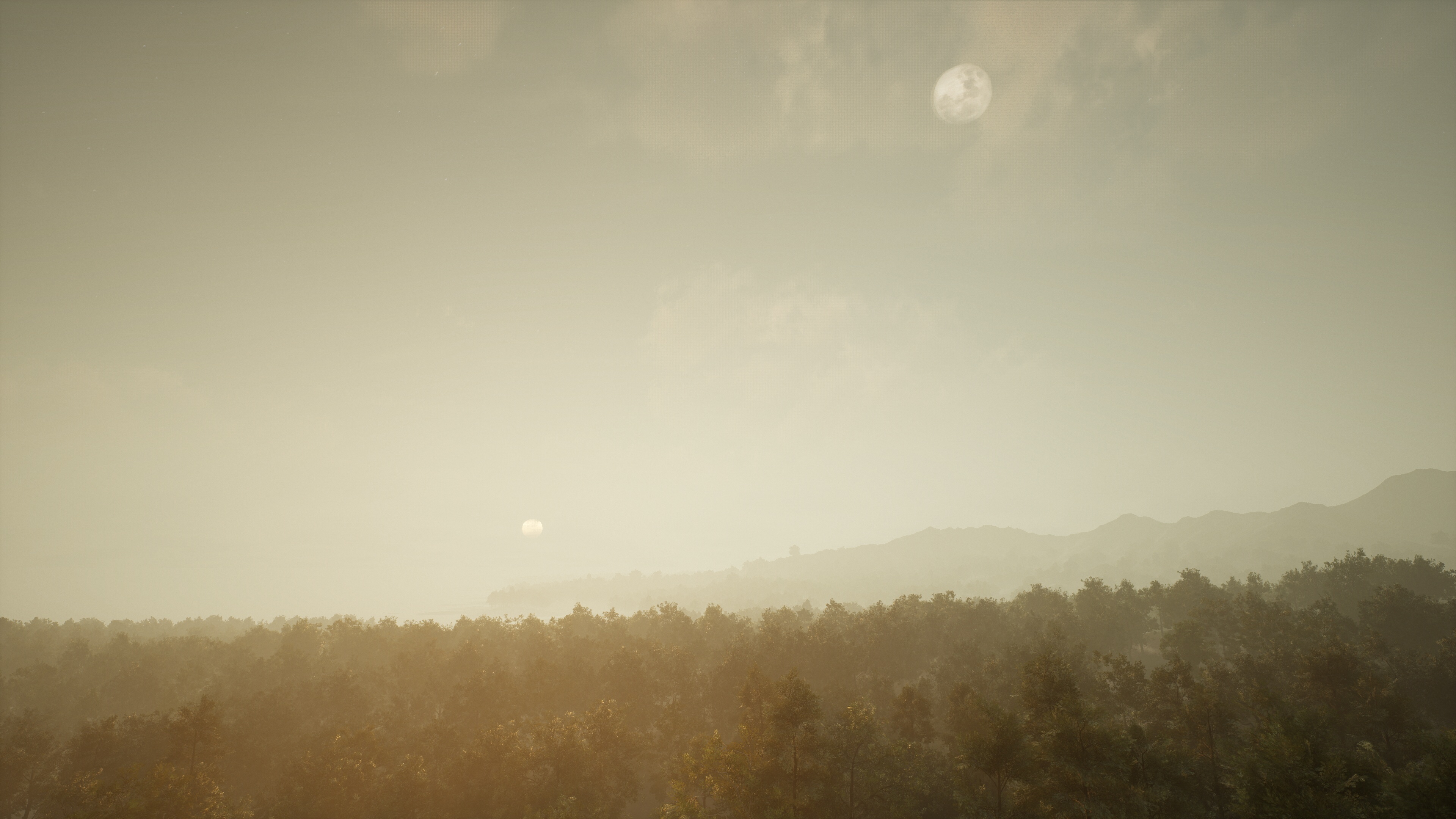 When the night changes with the day it affects numerous parameters related to the light sources, sky light, clouds, fog and physically-based atmosphere. All of those are controlled with curves in order to achieve a smooth and nice-looking transition. The dusks and dawns in PROXIMA need to be as beautiful as they are on Earth! 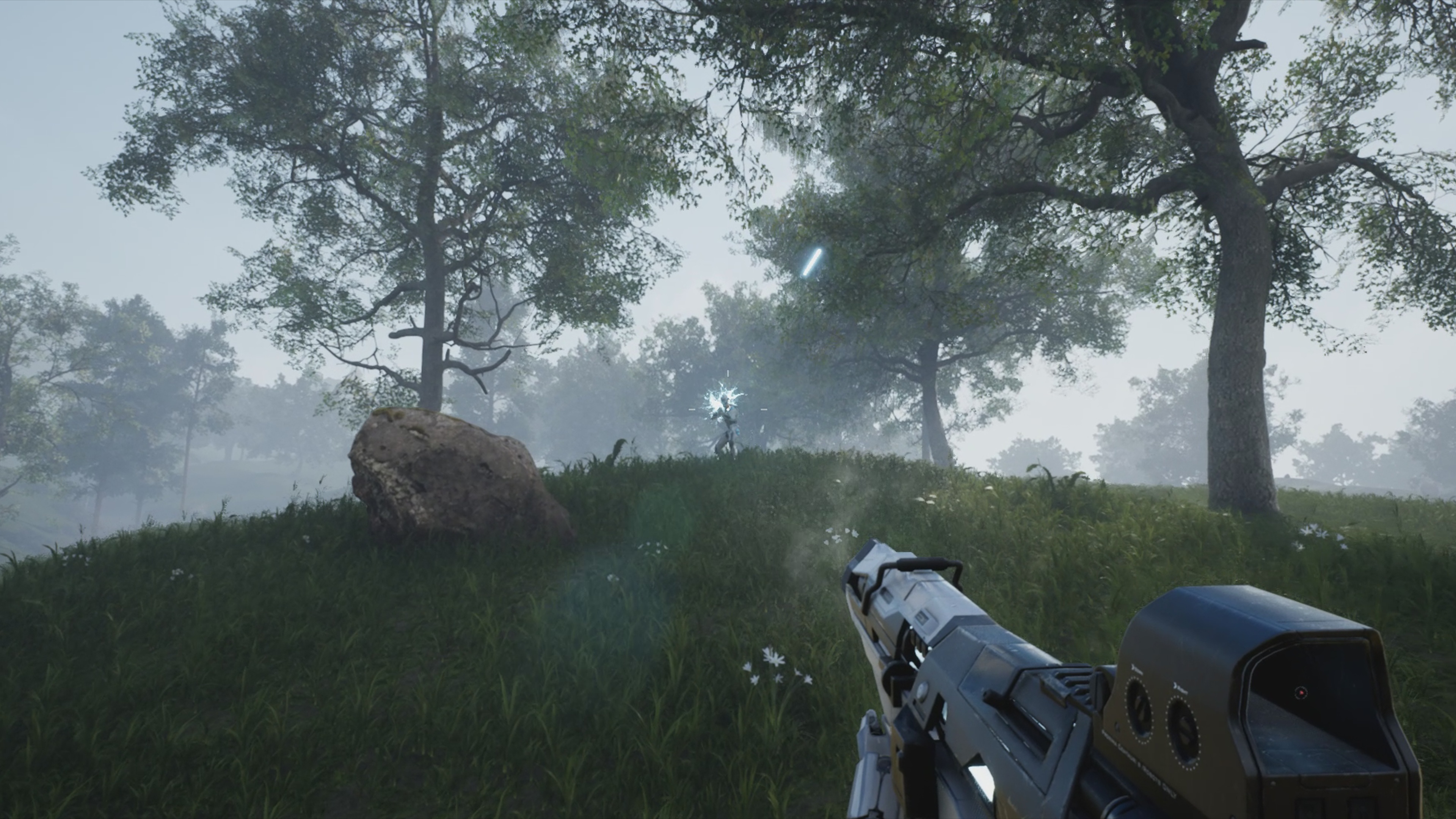 In a recent internal play session the complete game loop was tested for the first time. In PROXIMA the game loop starts with the beginning of a round and ends when one of the 4 teams obtains a victory. As you might already know the matches in PROXIMA will be infinite and will consist of a continuous sequence of rounds where each new round starts after the end of the previous one, without resetting any progress on the map. Players will be able to join and leave freely at any time of the match.

Work on the Area System was continued as well. One new feature that was recently implemented is the Enemy Position Tracker. If a team controls an area all enemy positions in this area will be revealed to it. However for balancing purposes it was decided that an enemy position is not displayed 100% precisely. Instead it will appear as a circle which indicates that the enemy is located somewhere within its bounds. The circles will update every 10 seconds, which means if someone intrudes an area the position will be marked for any possessing team with a certain delay. The radius of a circle will grow bigger the faster the marked player is moving which will make camping a dangerous business. 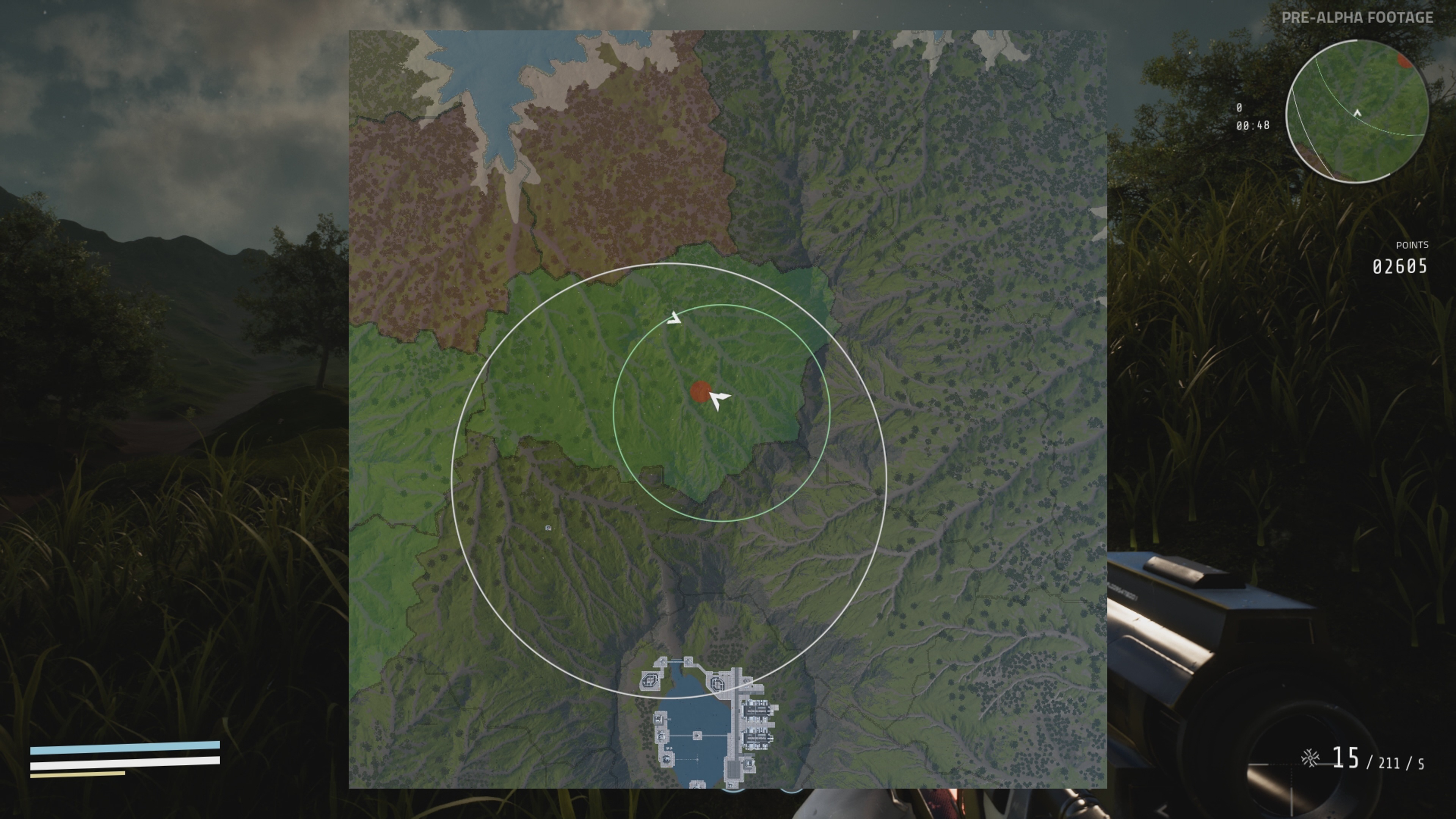 Besides this feature a few more additions and changes were added. The beacons received an auto-destruction function which means that they will be destroyed when an enemy captures an area. Also it’s now only possible to spawn a beacon on controlled territory.

The status UI for capturing areas was improved in order to be more informative. Players can now clearly see the progress of any team capturing or losing an area. Also a passive income of points for the in-game economy system was added and tested.

New Website Features
The official company website vulkanic.io received an update. From now on all existing backers are able to check the info about the game package they own on their profile page. To access the profile you need to log in on the website using the email that you used for backing the game.

If you are a backer, you should have already received an email with a link leading to the page where you can set up a password for your account. If you haven’t received it for some reason you can just reset your password on the website. 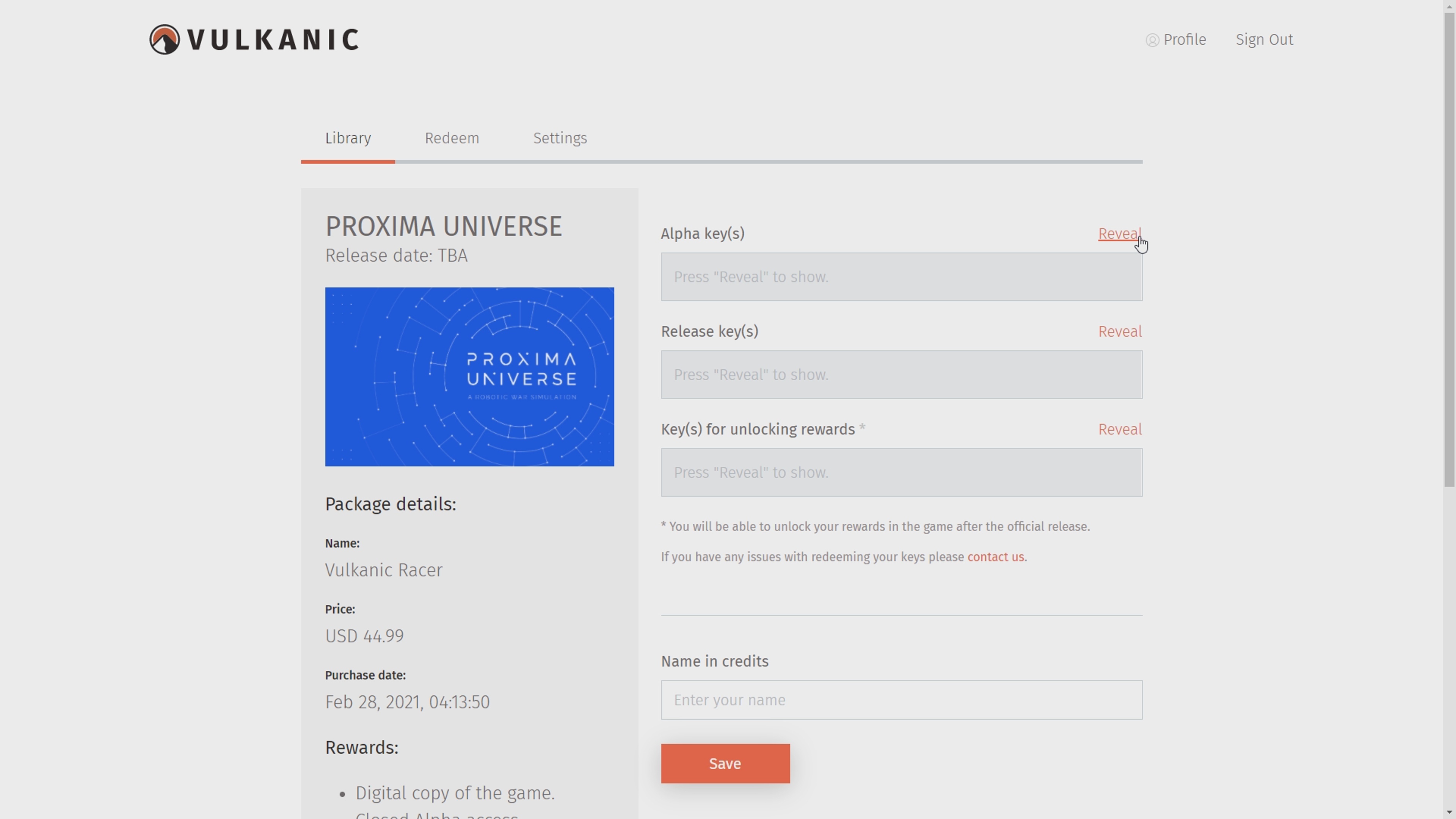 After signing in you will end up on the library page displaying all of your owned packages. Just click on a package to check the info about it. The following page will be a unified place for all of your game keys, including the Alpha key, final key on release, and a key for unlocking your exclusive rewards in game. Please note that keys will not be distributed immediately, but it’s guaranteed that you will receive your Alpha key prior to the start of Closed Alpha.

By the way, you can also enter a desired name for the in-game credits on this page.

If you are not a backer, but you wish to support the development of PROXIMA UNIVERSE and get access to the upcoming Alpha, you can buy one of the game packages available on vulkanic.io.

Alright, that's it for this devlog. I hope you enjoyed it! As always stay human and see you in the next development vlog!