Today we take a look at the new game interface and updated screenshots.

Time without writing here. The game is coming along very well and we are optimistic on having it finished around November, and I'm talking about the english version! The reason why this is taking so long is because we've redone ALL the ingame art and the code, we started from scratch and it was a wise decision because it looks radically different than the previous version... I'm even ASHAMED of the past version of the game, mostly because I learned how to properly draw.

I don't even know WHY I greenlighted the one at the left.

Anyway, I've updated this page with brand new screenshots showcasing the rest of the cast and better artwork. Also, take a look at the new interface of the game. 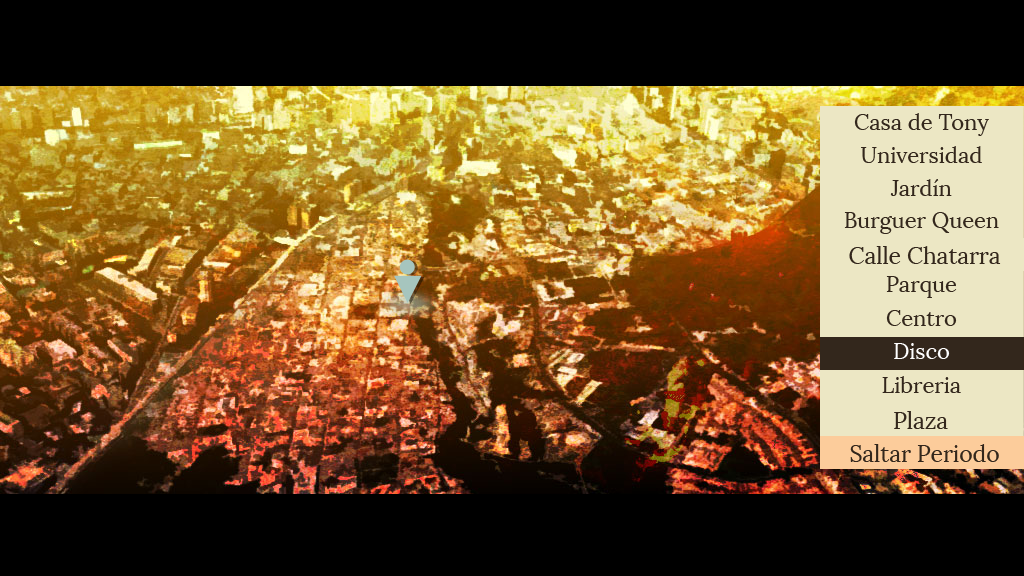 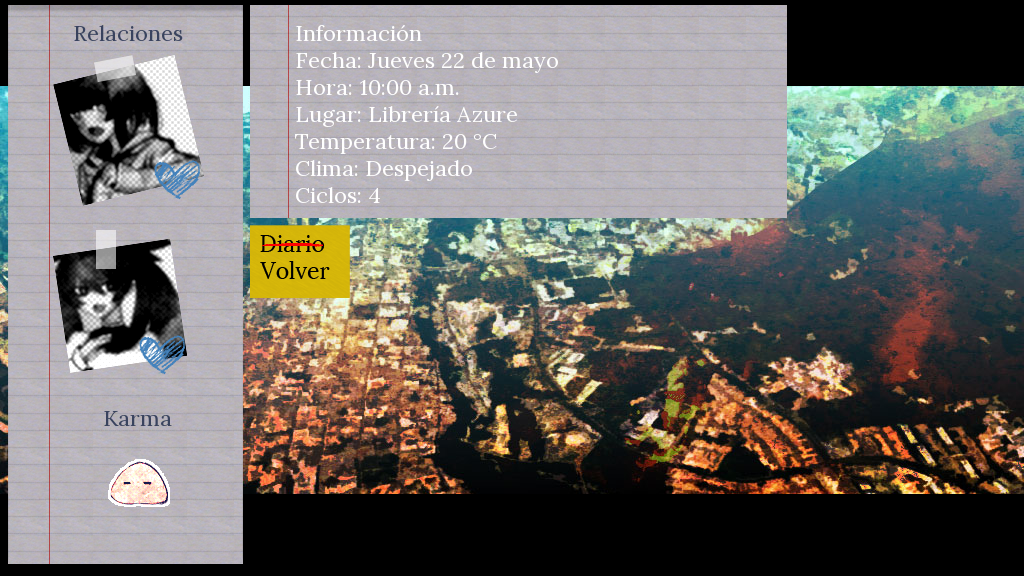 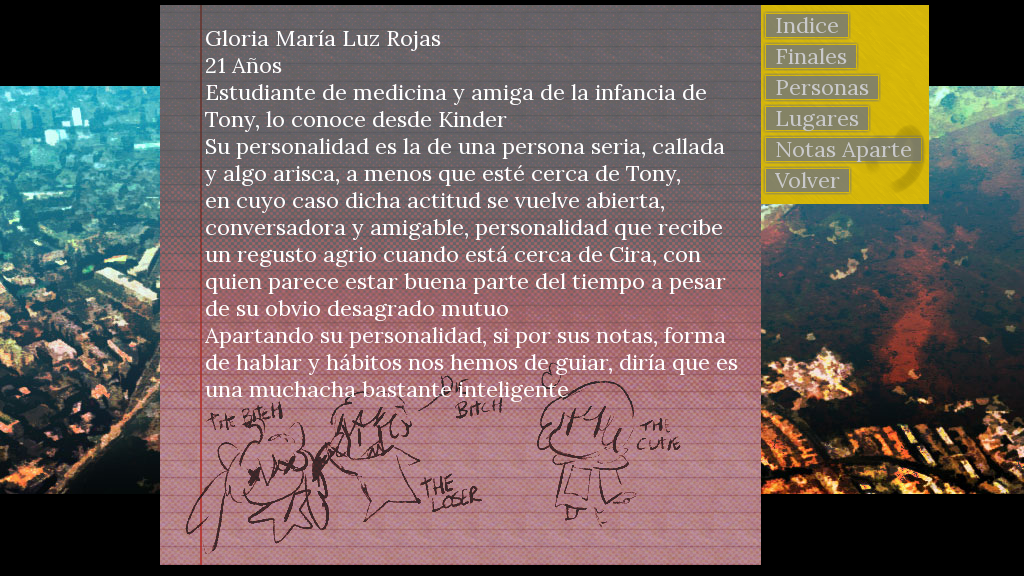 Because you play as an outsider taking notes, the interface was made to resemble a notebook; it looks neat, NOT FINISHED YET! but it's certainly looking good! You can track how are the relationships between characters, how many endings you've got and you can even read extra notes about the places and people you meet.

Nothing more to say because I'm on a hurry, but please check out the new screenshots. In a couple of weeks we are going to release an english demo, so look forward to it!