The Great Whale Road moves a little bit closer to Steam Early Access every week. February has been as busy as expected so far and we are happy to present our new user interface design.

UPDATE & A NEW USER INTERFACE FOR THE GREAT WHALE ROAD

We certainly haven't been idle since the last update! We found and hired a third developer - Alex - who joined the fyrd at the beginning of the month and really hit the ground running. We have also started testing potential candidates to grow our art team, as we need one more 2D artist to ensure we can hit our production deadlines on the road to and during Steam Early Access.

We have made progress in a lot of areas in 2016 - across design, art and development - but the most visible is (not surprisingly) the new UI. We started last year with a textile design, utilising historical colours and patterns. 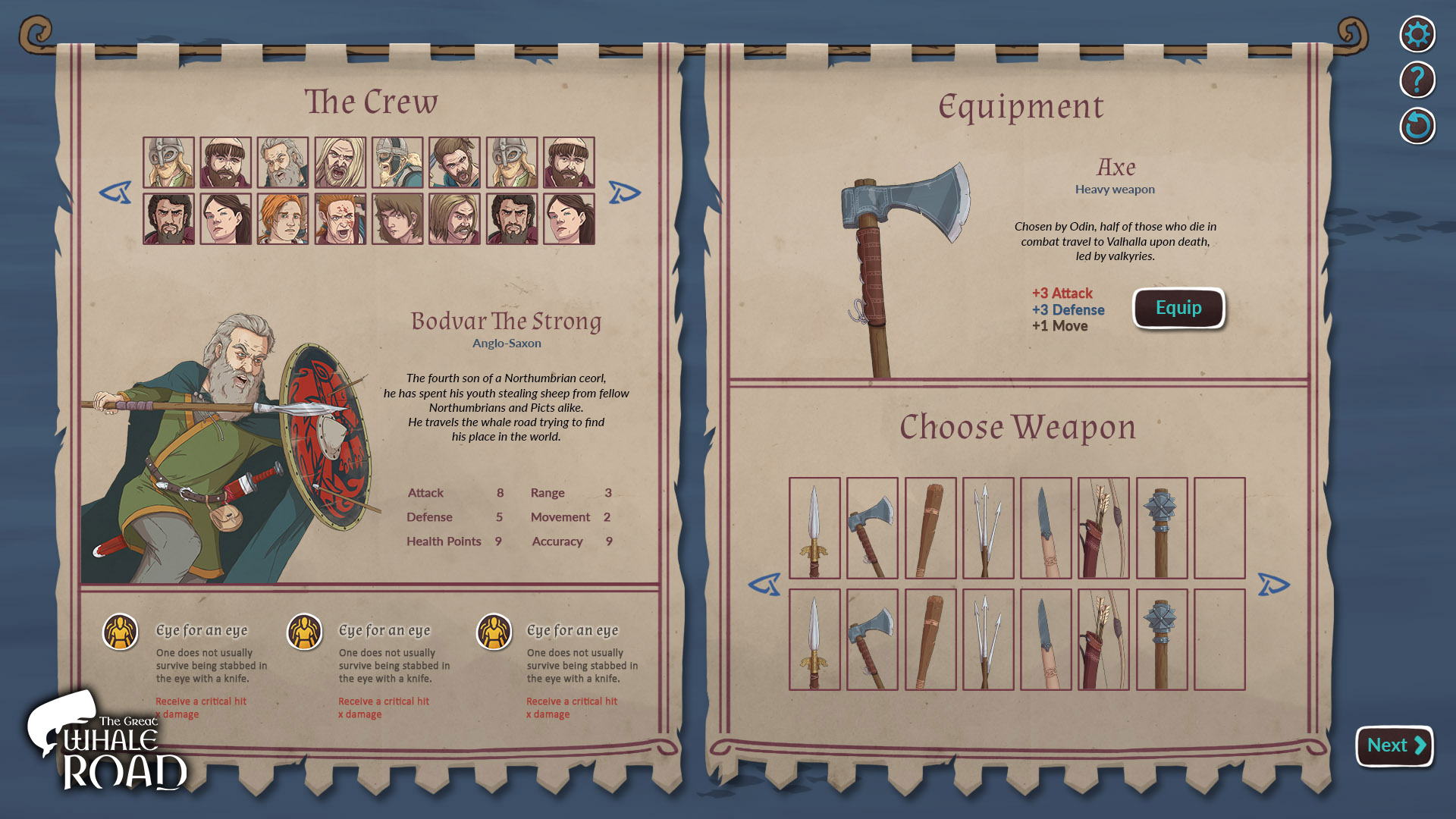 The next step was to add more colours, but we were quite conservative saturation wise. 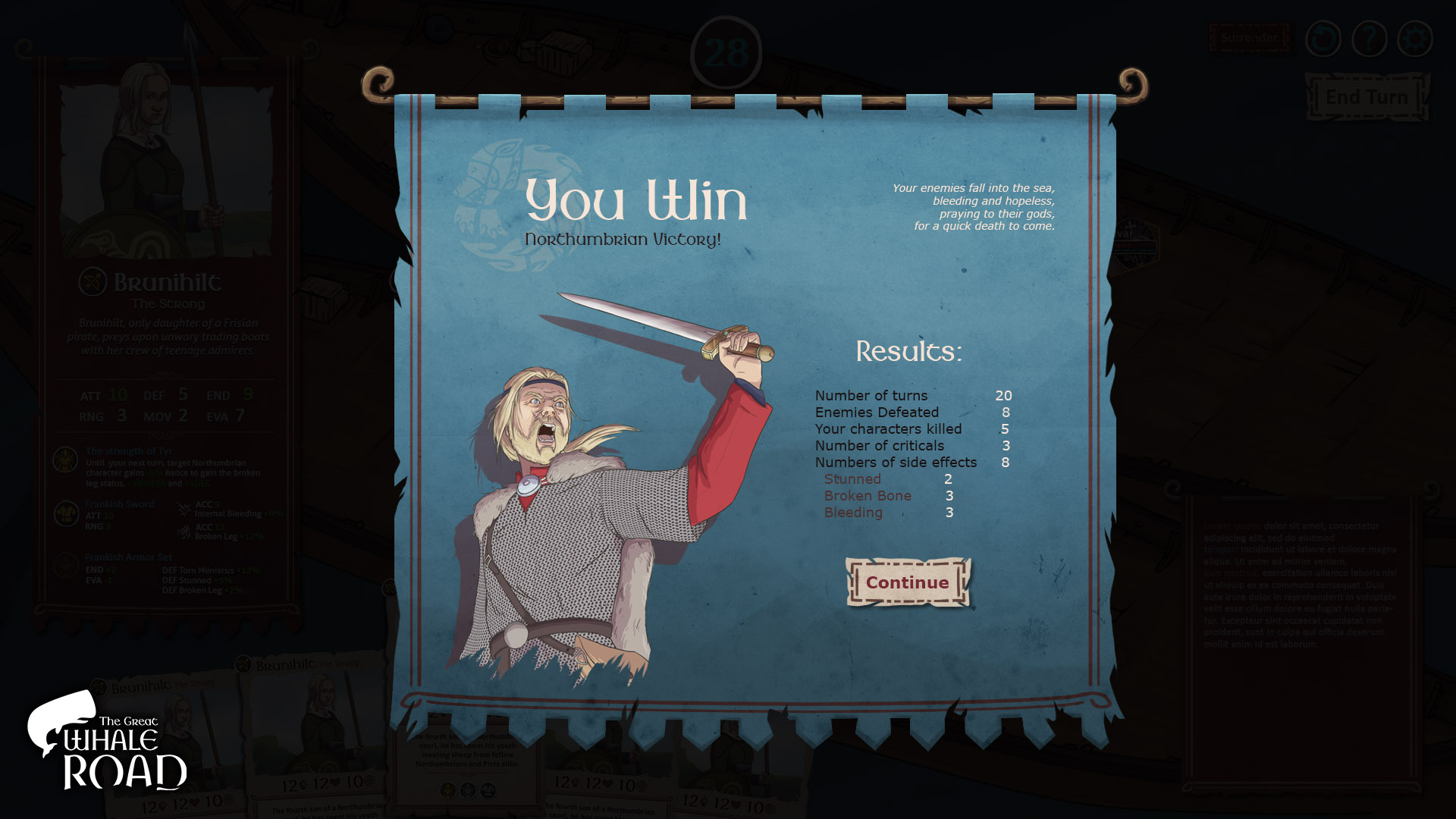 While we were creating the first land scenes (settlements and combat maps) we realized that we needed to update the UI of The Great Whale Road in turn. We did a few sketches, some more minimalistic than others: 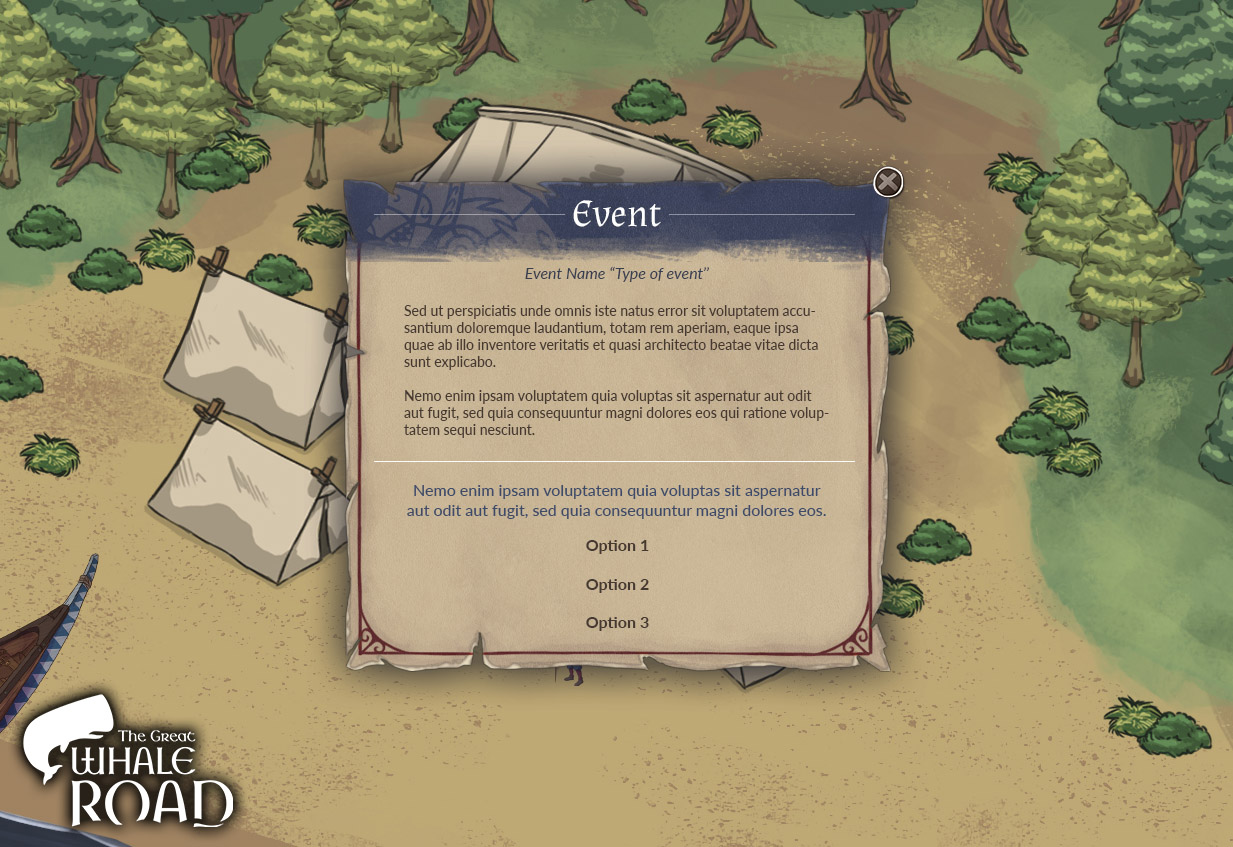 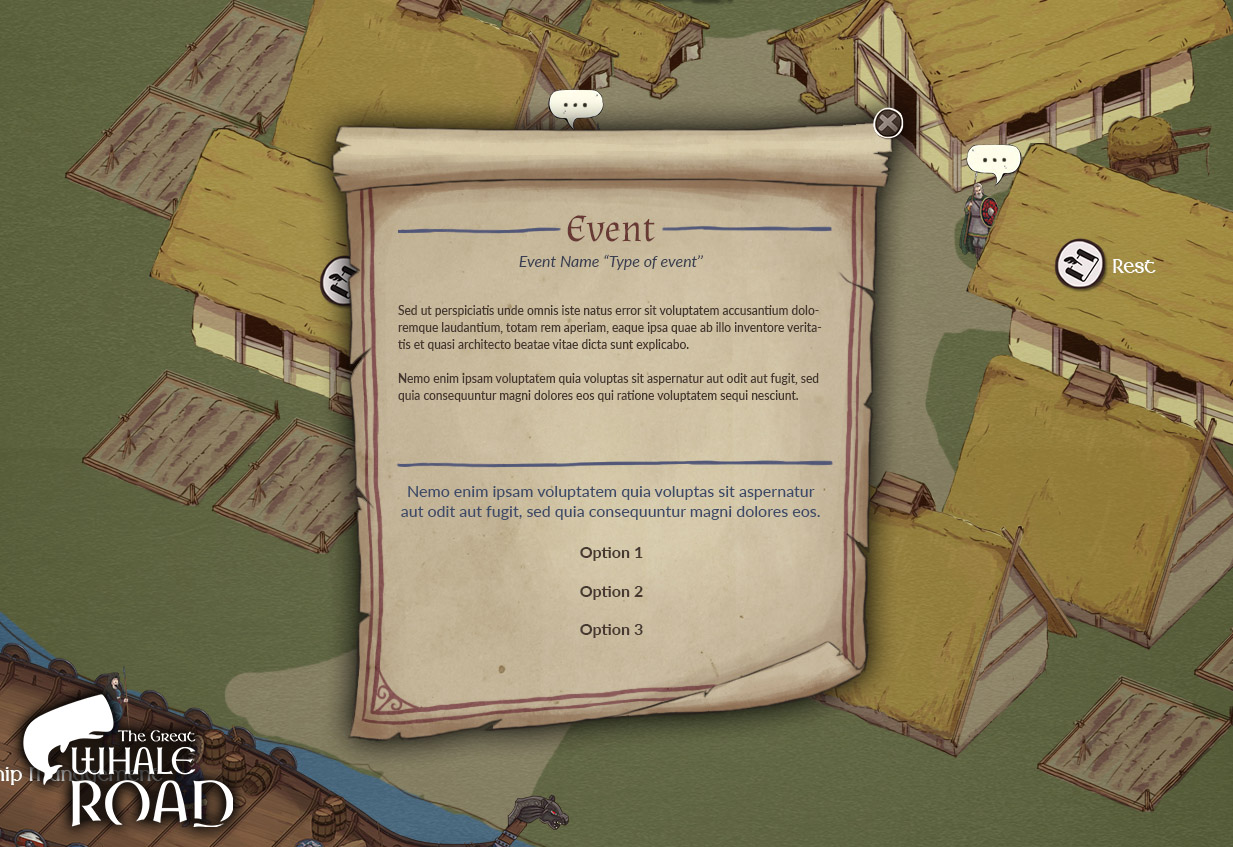 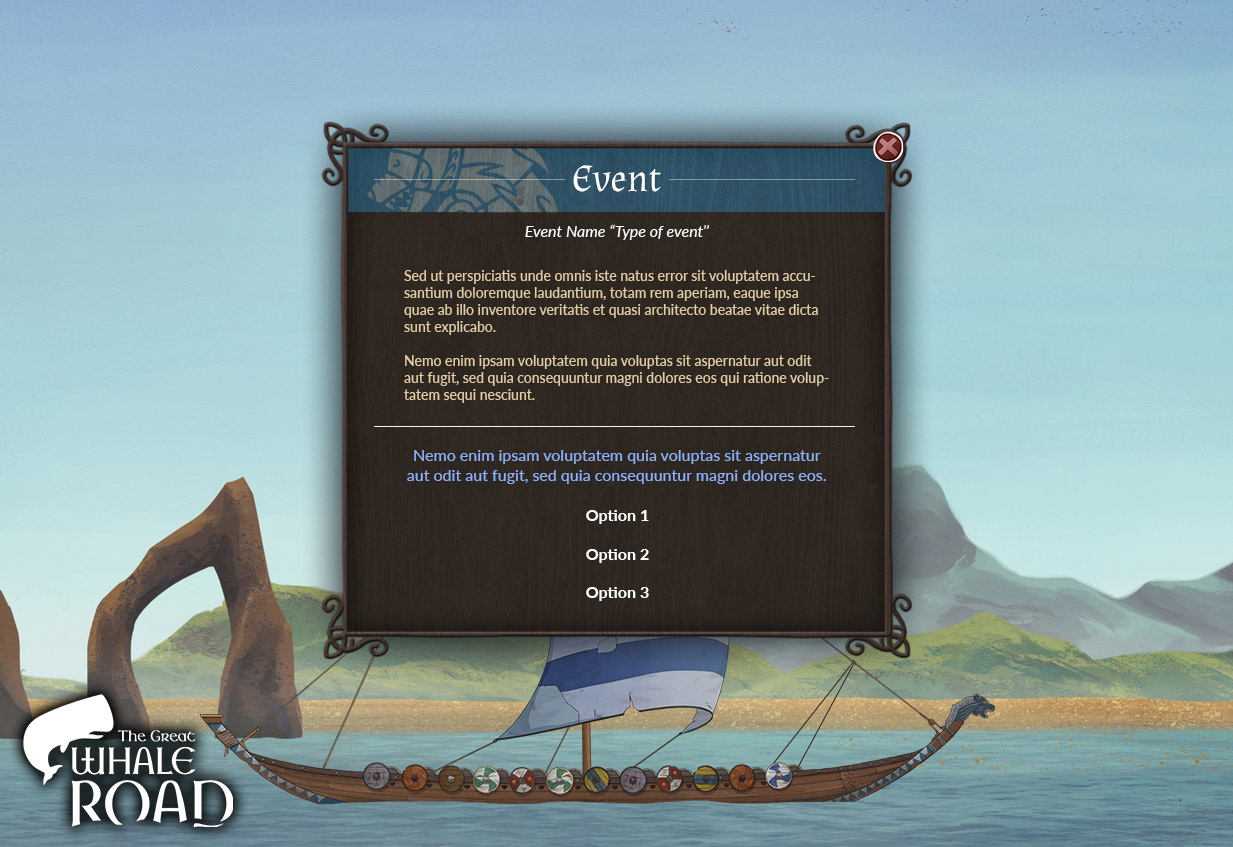 The dark UI of option three was our favourite, but we didn't want pop-ups and other UI elements to block out the respective scenes. This led us to the final design with transparent windows, which you can see below: 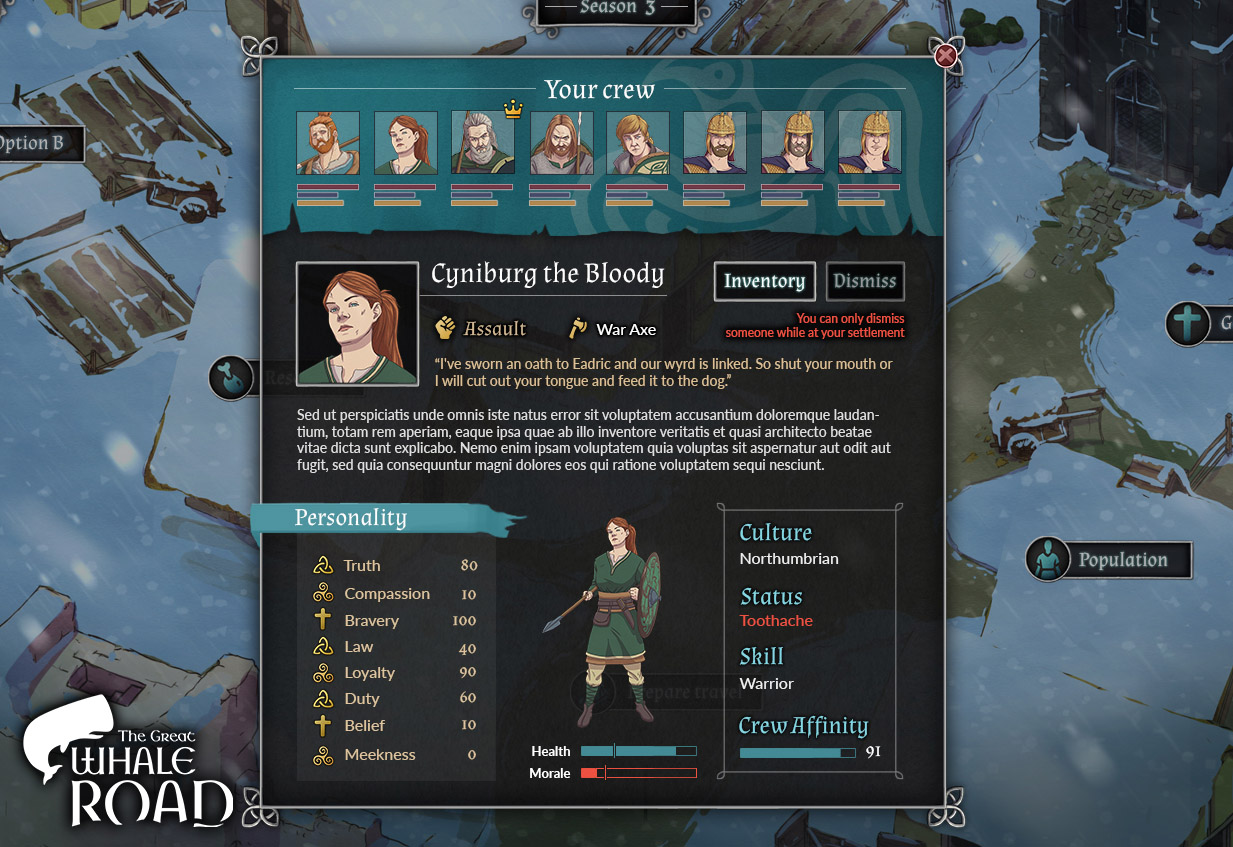 We continue to use historical patterns and we also replaced some of the straight lines for a more organic look & feel. Additionally we are adding illustrations to all the transition screens, which will follow the same design guidelines as the user interface. 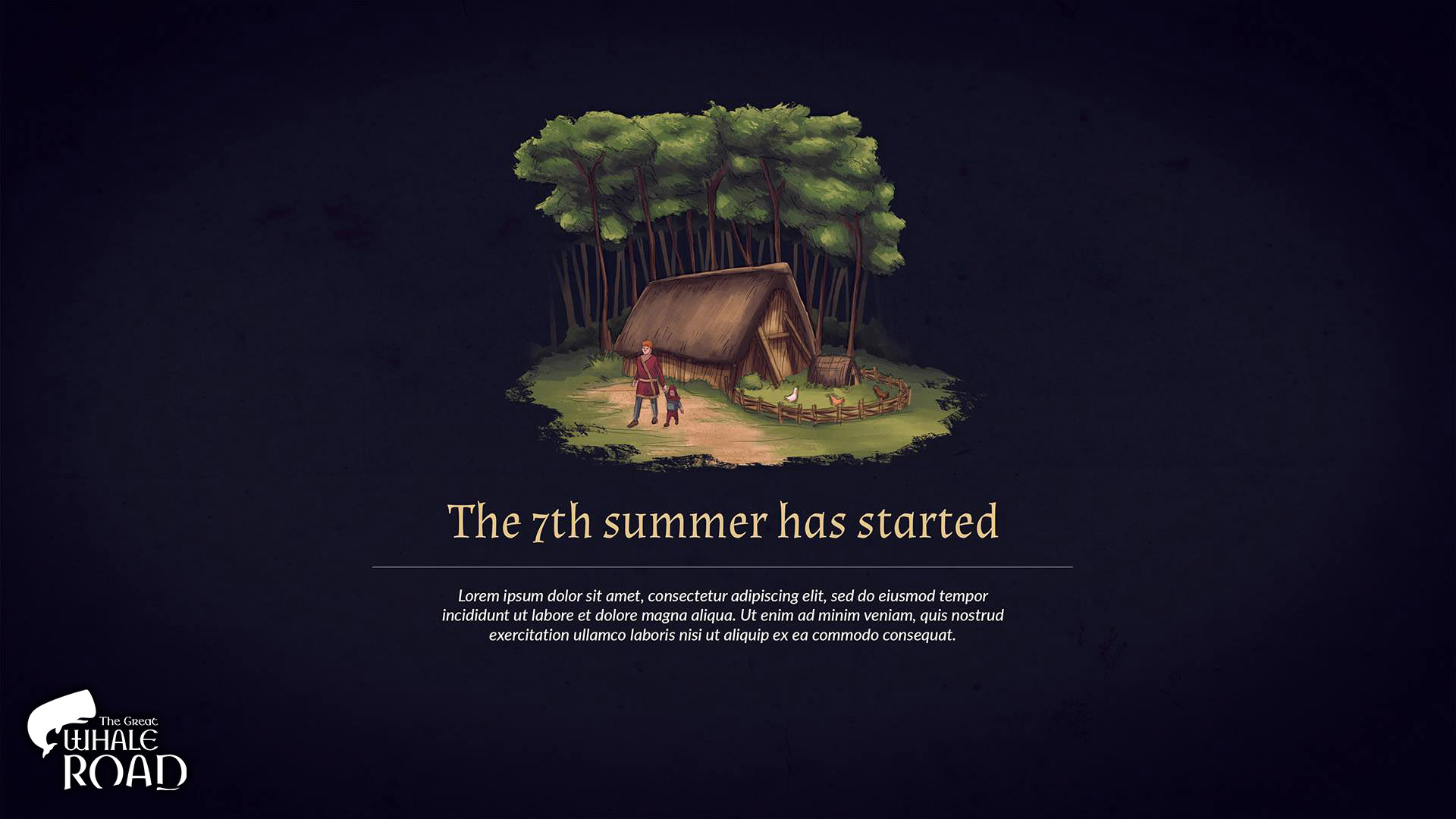 We really think that the new UI and other elements we are working on are coming together nicely, and we are looking forward to your feedback.

Though, the gameplay is not really my cup of tea but I really like the art style! Keep it up!

Cheers! We were really keen to achieve a European comic book look, with influences from classics like Prince Valiant. We will release more details about the gameplay of the full game as we get closer to Early Access.

Ah, comics I grew up with. Looking forward to future updates!

Feel like you could drop at least two of those traits under Personality. Loyalty and Duty?

The art does indeed look fantastic!

Thanks for the feedback! We have eight traits which are linked to the event system. We have made a few changes to the names after this design was done. I can promise that none of them will be just decoration in the game. ;) Loyalty has been changed to Sacrifice for example to align better with the game design.