Thank you for your interest in Antipaint - here's a quick update on what I've been working on.

If I'm making a hectic, arcade twinstick shoot 'em up it has to have powerups. It's probably the law. Therefore, I've added powerups to Antipaint! So far there are only three - a super painting speed powerup that makes you paint faster, a big blot buff that makes your paint droplets bigger and an orbital orb buff that creates an orbital orb that orbits around you, striking down anything it touches. Neat!

Here's the three powerups in action:

I've been expanding upon the arsenal of splats. Different splats lead to different paintings, so having a nice variety here is key to a diverse gallery for every player.

Here's a few paintings you could end up with: 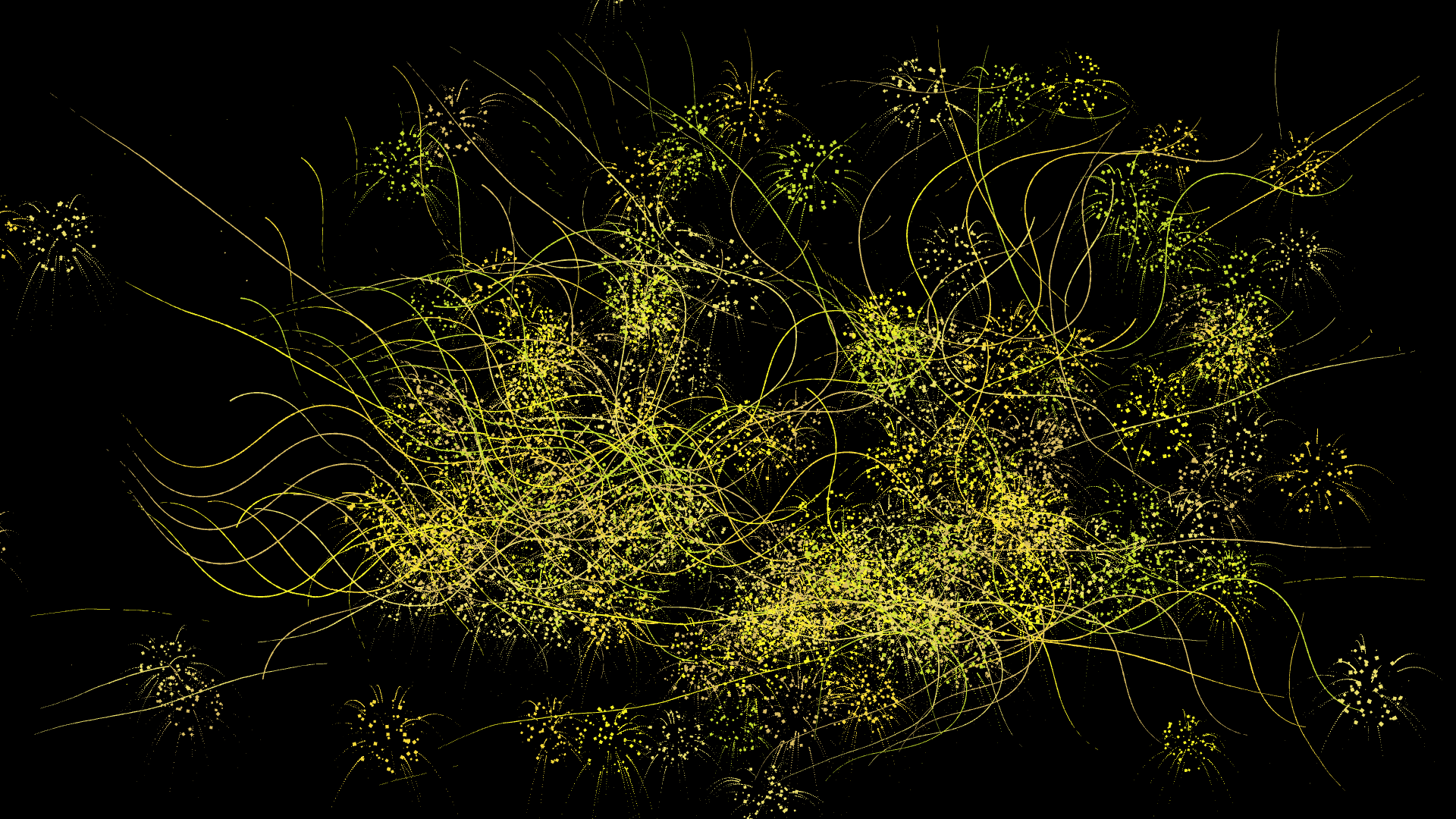 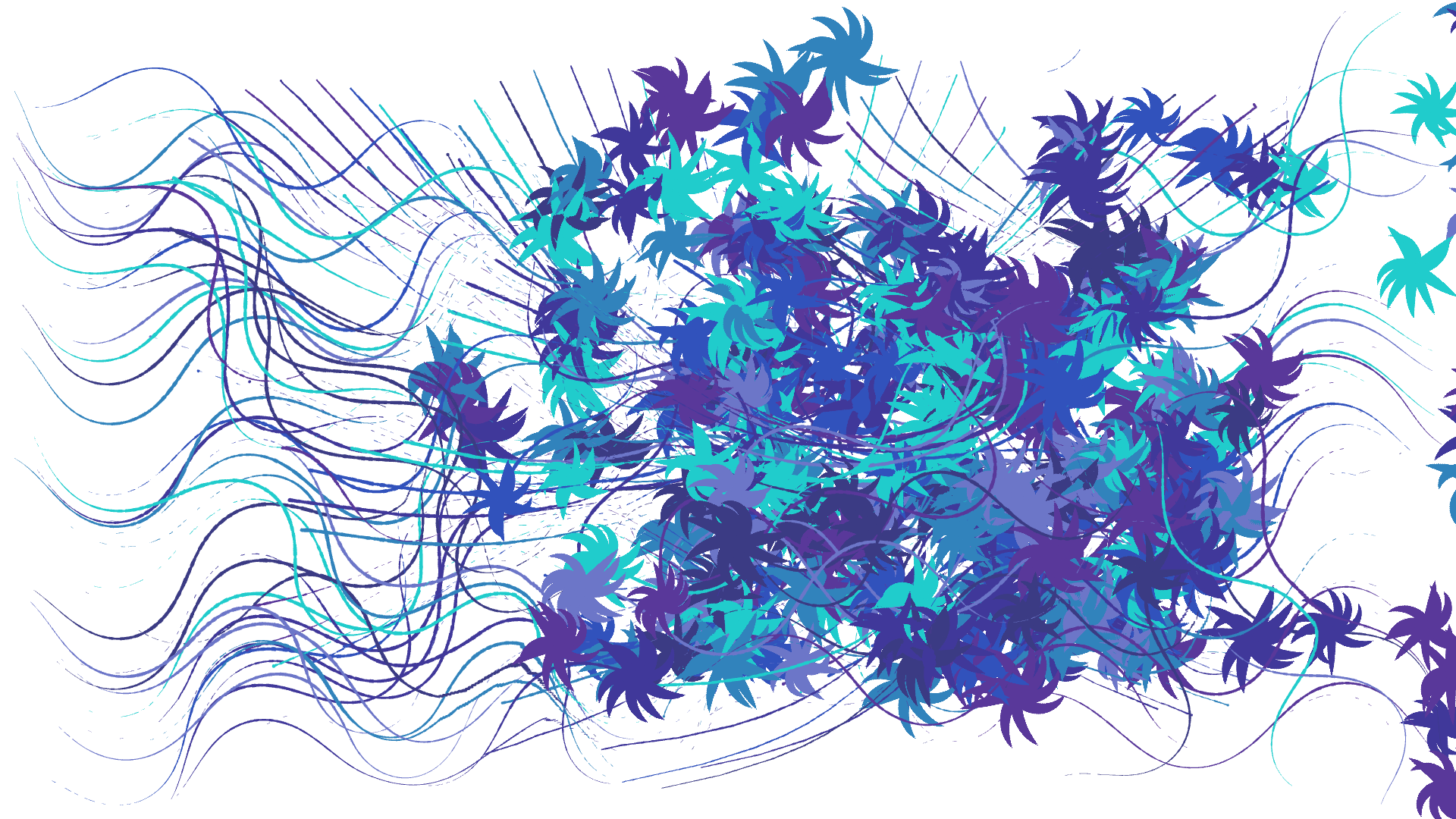 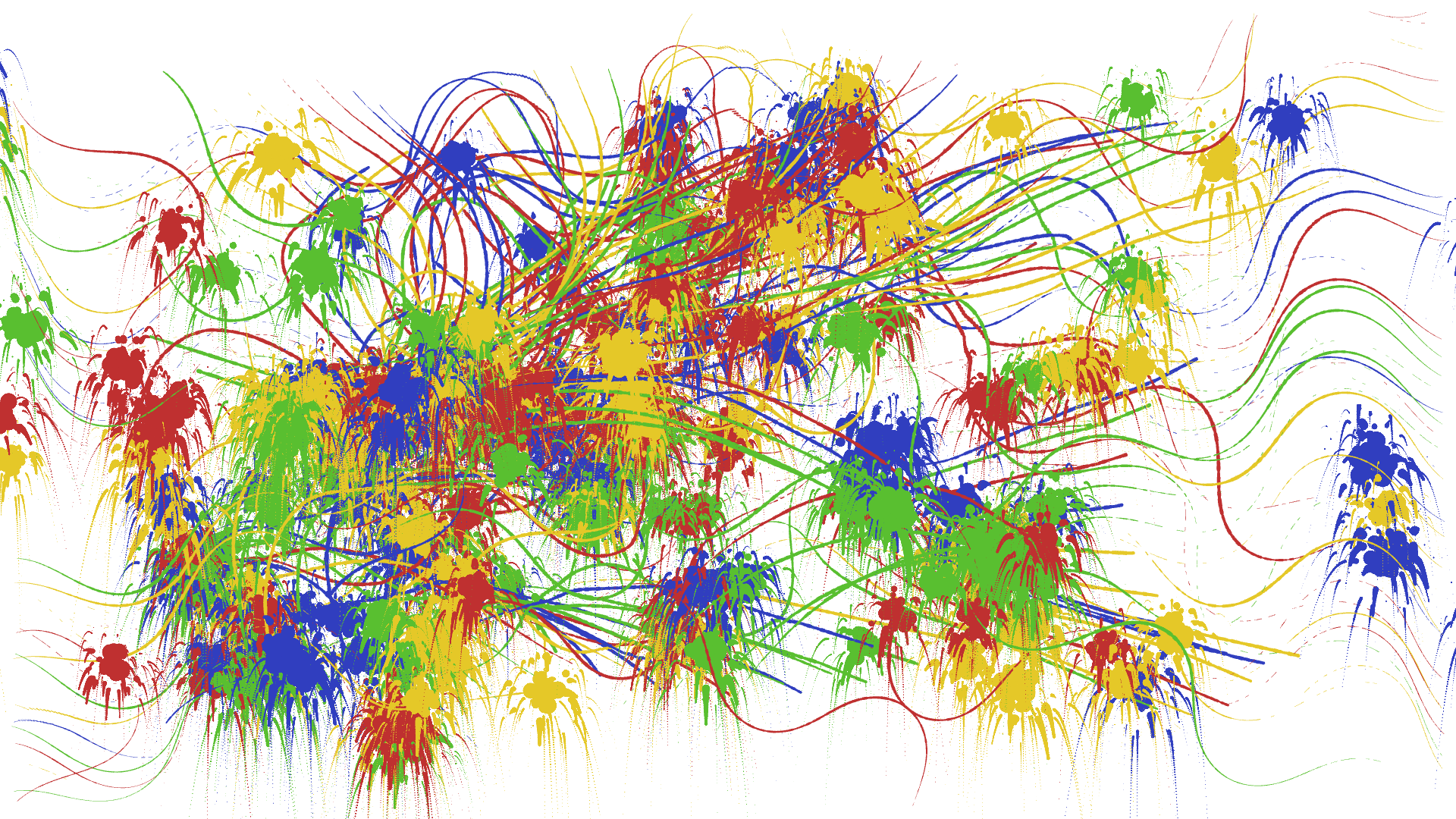 There's a new "brush" in town - the paint roller! It's the first melee brush - it doesn't shoot any projectiles. Instead, you must whack the enemies close and personal. While other brushes have a limited-use super move to get you out of tight spots, the paint roller has an infinite-use dash/roll attack.

It's very fast, very mobile and very different from the rest of the tools you've got. It's hard to master, but I'm very pleased to have it in the game.

Here's the paint roller in action:

Note how the roller becomes bigger after picking up the big blot buff!

I've been experimenting with a few other ideas. One of which is heavily inspired by the game "Super Hot" - time moves when you do. It's a very simple, yet incredibly fun idea.

I'm still thinking about how it could be integrated in the game, maybe have it appear in a few levels only. Those levels would give some nice variety and provide some rest from the regular gameplay. That also gets me thinking about what other game modifiers I could throw into the mix...

There's also been some progress on the user interface, game state saving and other less interesting parts of any game.

Overall, I'd say the game is moving along nicely. Thank you for reading this update! If you have any feedback, ideas or just want to say hi, please drop by on our Discord server!