This is basically a FAQ about Crawle's release and Crawle's future in general.

Well I'll start off with yes, Crawle is ready (for beta release anyways). I thought I'd do a little FAQ type post to clear up any questions before release.

I have a date in mind but really it is down to all the behind the scene things that aren't really under my full control. I'll definitely let you all know when we will be releasing in advance.

Will Crawle be free to play?

At the moment it looks like it won't be, unfortunately. However, I will do my best to make a demo client for those who are unsure.

Any info on pricing?

Will we get updates after release?

Yes! Definitely! I will try to update the game as often as I can (which means maybe an update every week or two?).

Will those updates be free?

Will there be any mod support?

Yeah, that's something I want to work on for the full release, I'm going to be working on various tools and basically make sure the server is customisable as possible. 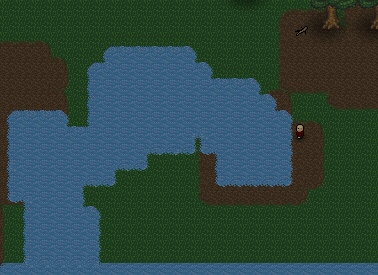 And the finished graphics for bows and arrows: 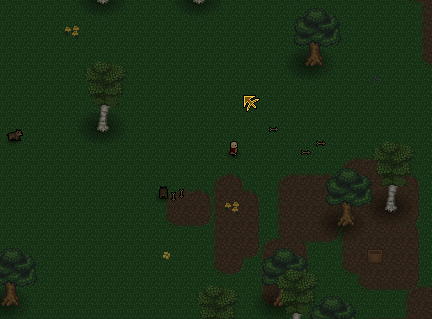 I understand if the game has mod support someone may mod this in but i was wondering if there were any plans for random quests or if you were going to implement a map making thing so people could create their own worlds to survive in or play other peoples? that way you could possibly open up the path to user created custom maps/story lines ect. This may already be stated somewhere but I couldn't find it on the features page.
Thanks

Yeah I'd like to give modders, map makers, anyone, the tools they need to do what they want. From a map editor to a script editor, I'll try to add as much as possible.

People who make very good games and make it pay disappoint me... Why don't you opt for a donation request ? Or a foundation project ?

There will be a donate option on our site on full release. This is essentially an early access sort of thing.

People have to make a living, especially if they are putting a lot of time and effort into a game. Be glad its a good game, get disappointed in the people who charge for bad games.

For me it isn't necessarily about money, I just want to establish myself in the industry (because later on in life this is exactly what I want to do) and website hosting, staff, etc isn't exactly cheap. The biggest reason though is you're paying for a full game with full support and free updates from the developer, I've tried to put it as low as I possibly can but in the end the developer need some sort of measurable or physical proof of success.