Hi Everyone! I’ve had a lot of time these last two weeks or so to really continue development on Underhell and it’s going great. I still have a huge list of things to do but now I at least have something to talk about (unlike the last dev blog).

I’ve had a lot of time these last two weeks or so to really continue development on Underhell and it’s going great. I still have a huge list of things to do but now I at least have something to talk about (unlike the last dev blog)

I managed to find someone who had never played the Original Underhell mod and had them play the demo. It was a real eye opener as to how many little things I’d either overlooked or thought “Players will know what to do” – which at the time seemed perfectly innocent. It left the player confused and frustrated and gave a bad first impression and I don’t want to sour the name of the original mod by releasing a cheap knock off that offends all who worked hard on the original game.

To help with this, I want to ensure that the demo is accessible to new and existing players. It would be great to see a new fan play the demo and then go check out what a great mod it is. It’s a win / win situation. Since I got this feedback, I have been making some improvements and some slight changes – as throwing the player into a map with no context as to where they are, what they are supposed to do is bound to be confusing in any game. There may be a few things that you think “hmm, that’s not what happened before” but please remember that it may have been changed (temporarily) because I’m missing story or cutscenes that explain what happened. In the original, the Player is given a lot of time to explore some areas of the Prison before threats are introduced. I don’t have this yet so the player is really thrown into the deep end and I need to do my best to make sure you don’t drown.

One change that I have added is that the demo does not kill you if you take too much damage. I am still working on a save/load system and it will probably take too long for me to fix it and implement it without delaying the demo. So rather than have an unfortunate player die and have to restart (which could be a lot of progress lost) – I’ll just never let health drop below 1. I hope you can understand.

A lot of the last week was spent mostly in the editor making these changes, making bug fixes and testing new ideas. It is a change of pace from working strictly in code. It’s not too bad because you can see the fruits of your labour much quicker and as time goes by, it becomes much much quicker to add new content – which is great!

So yeah, using the editor for a week straight without touching any code is fine I guess.

If you missed out, I got bored earlier in the week and decided to spawn the Minigun to take down some enemies. The item exists in the debug spawner and so far – I see no reason to take it out of the demo. I hope it will stay so you can access the full range of items and other weapons that you don’t get chance to play with. 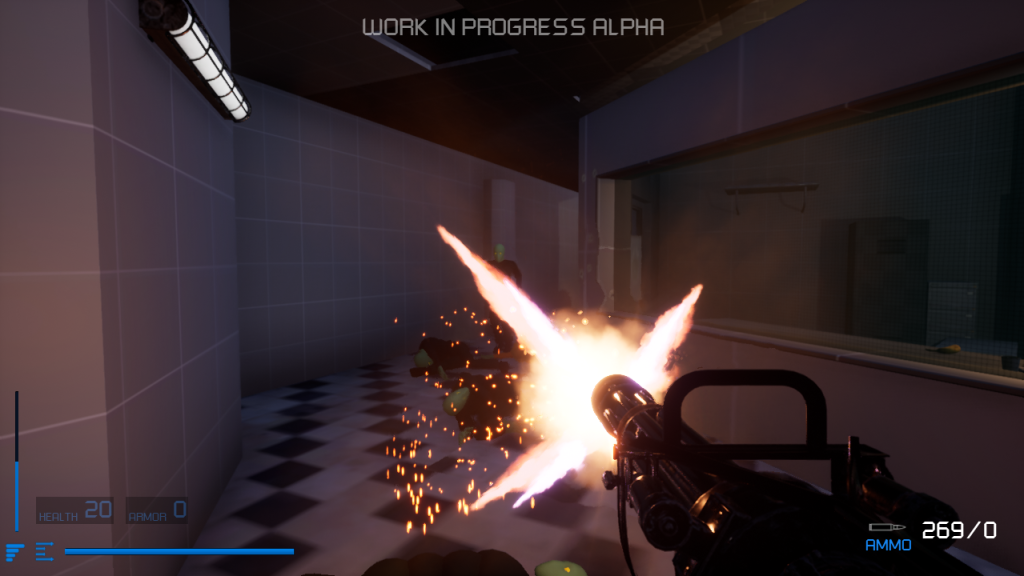 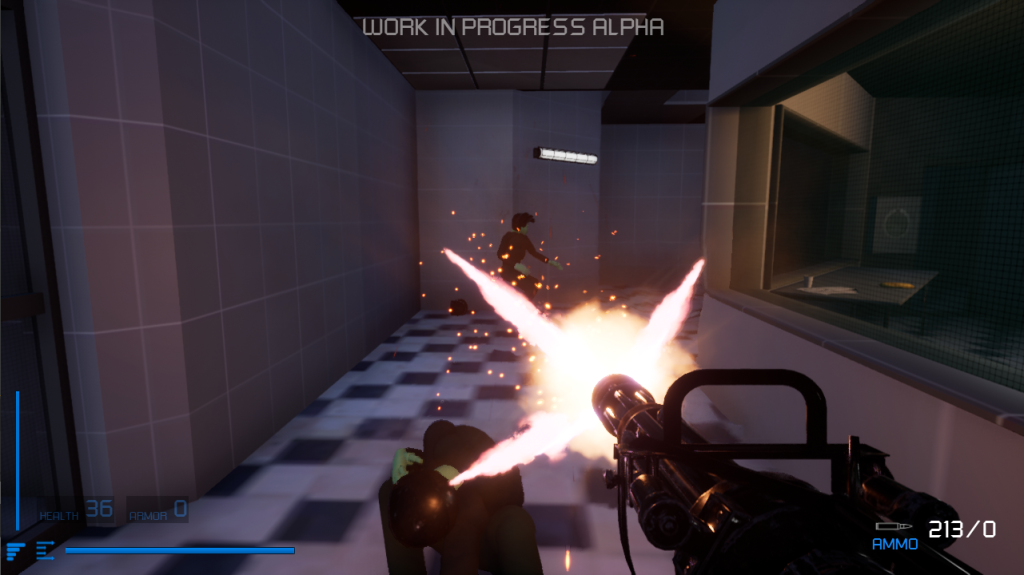 The only caveat I have had to post in-game before you enable the debug menu is to please be careful. I obviously should ensure the game doesn’t crash when you spawn certain objects, but I can’t possibly find all of the issues by myself, so please try to play through the game without the debug menu at least once.

If you do find issues, I’ll make sure to detail how to report these to me (I wanted an in-game menu but I don’t think I’ll get time to add this) There is also the possibility that you can freely spawn 1 million bananas in the level – but don’t come crying to me if you start getting 2 FPS

With regards to the playable demo. The feedback I got was really great, it really pushed me to also include the Training level from Underhell. I originally wanted to cut it out due to some problems but now I can really see the benefit in at least giving players a chance to see how the game is supposed to work in a safe space.

I’ve been able to add this as an option in the main menu via Chapter Select. I talked about this before in a previous post but now it’s added and functional (for now) so that you can pick some areas to play around in.

This unfortunately does mean that ‘The House’ is going to be missing from the demo. It exists, but it’s just an empty shell with nothing but a grandfather clock that makes a bit of noise every now and again. I didn’t think it was fair to put it in with its current state – as players may be creeping around expecting a scare and never finding one.

Another thing to note about the demo, not all scenes or A.I will be present in the demo. I hope the A.I included is serviceable for the time being. I can’t make them perfect yet and I can’t add all the great things I wanted to (spotting flashlights, climbing through windows or using grenades etc) but I hope that at least the AI will remain functional for you to be able to complete the demo. They won’t have the best stealth mechanics, and they might be a little stupid but they will get better. 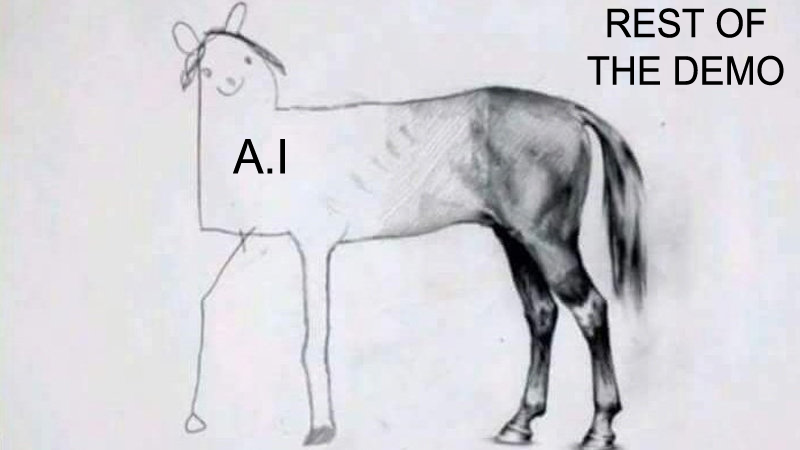 The A.I for Underhell UE4 is the only A.I I’ve ever built, so it feels a bit like this at the moment!

The demo so far is looking to average at around 30 minutes – 1 hour of gameplay. Granted some of this is a bit of busy work (finding keys etc) but I do hope people enjoy it and that it keeps you interested.

Sorry If I sound like a broken record, but please give me a little more time. I need to take care of a lot of things before I can release it! I will make another blog post when it is ready. I have a lot of ideas of things I’d like to do and have in place prior to the release.

Take care and Stay Safe. I’ll try to give another update in a week or so.

That A.I image proves that the game is in safe hands! Keep up the good work! :)

The remake is in good hands, Z3D is verry talented, also make sure to check the latest article