A small insight into the work we did on the game in the past few months and our plans for the future.

After quite a long absence on this blog, i figured it is time for another development report to let you guys know the current state of the game and what happened in the past few months. In the past few months we were very quiet on this website, though we updated its appearance and some other pages. The last blog entry was back in march and announced that we would no longer support Linux and MacOS (which is still true). We weren’t completely silent though: @PlanBGamestudio as well as @Matthiasw485 (Our official twitter and my twitter account) were very active on twitter and we still post most of our updates there because it is faster and we are able to reach a brighter audience. But nevertheless we wanted to write down our progress and thoughts for the past months in this report so you have a short summary of what exactly is going on at the moment.

In the past versions of SurviveOn! you weren’t able to save the game and continue with your progress later. We took our time to work on savegame prototypes and now managed to get a very stable version ready. Currently this feature will only save your player’s position as well as his rotation and vehicle positions by the time you hit the save button. Later we will use our saving mechanism to save story progress etc. 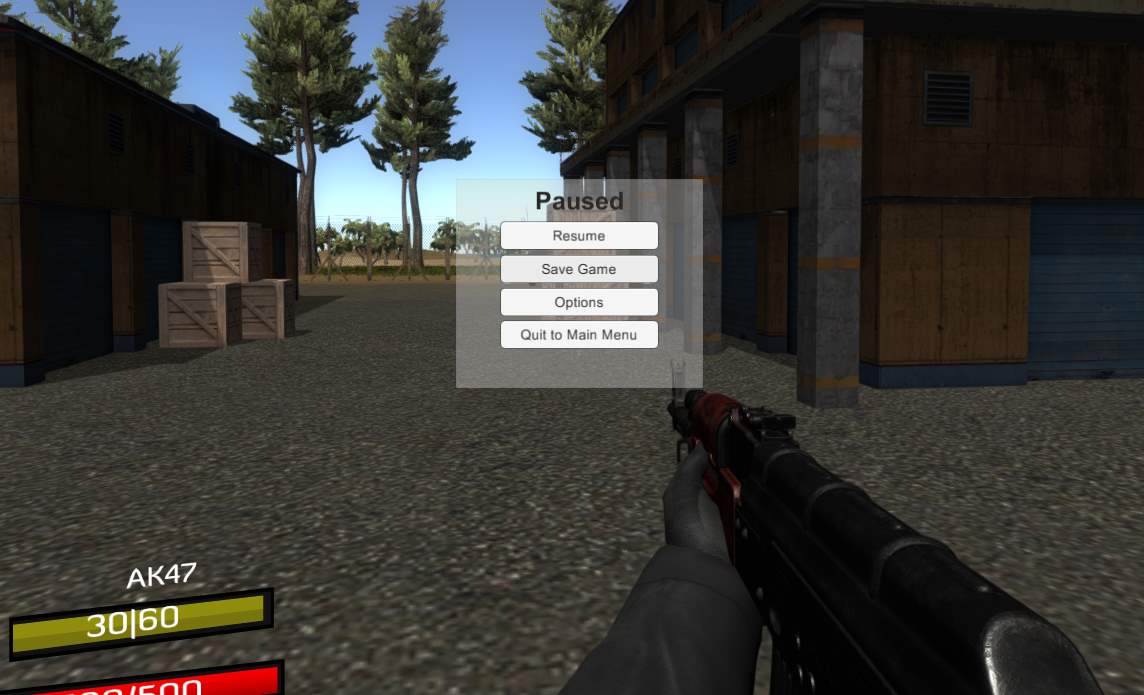 We started to delete older versions of weapons that were still in the game and looked outdated or didn’t fit in the game’s art style. Then we continued to replace them with new, high-definition models and new animations. We also added new gameplay-mechanics and features regarding the weapon system which will play a greater role in the story later.

We started to work on new towns and places for the game and tried to give them a more apocalyptic feeling in the process. As you are able to see in the pictures below, we are using new models and props for the new towns in “SurviveOn!”. Though the towns are still work in progress, the structures and the design of the town you see below is almost finished. It doesn’t have a name yet.

That was all for today. There is a lot more going on though. But most of the stuff we are working on at the moment is still very early in development so there isn’t much to show off. But here’s a list of the things we are working on, that are not mentioned in the above article:

To stay updated on the game you can follow us on Twitter. If you have questions or suggestions about the game we are always glad over feedback!