In this article we will learn about Rah, The Dark Pharaoh. Not only will we learn of him, but also will see the amazing in game sprite and animations.

Good risings sons and daughters of Nun. Today we reveal Rah, the Dark Pharaoh. We have been very quiet for the last few weeks campaigning our game's fundraiser because I wanted to show you some serious progress first to prove that your money is going to a dynamite production. So here we are. Leave comments below and read the full Rah bio if you love lore.

FANTASY Rah is the first hybrid human created by Nun. Since he was the first, he suffered from side effects but also was given the most power compared to his kin. His dilemma was that his mental state fluctuated wildly and he would show signs of multiple personalities. Over the years, he learned to suppress these thoughts and instead focus himself on self-improvement and independence. Now he finds himself the leader of a group of Demi-Gods and for the first time, he will have to care for others instead of himself.

HISTORY In ancient Kemetian (Egyptian) mythology, Rah is the first Pharaoh of Egypt. Born from the waters of Nun, he sets the stage for the entire Kemetian pantheon. His mortal reign in Egypt ended after he was forced out of power by his grand-daughter after suffering from a common disease old people suffer which was dementia.

THEORY In Black Sands, we made Rah a hybrid because we wanted him to be a human, like his people. His strength is unmatched but he has many spirits in his body which are the manifestations of his alternative selves. These are Thoth and Ptah. This early struggle in his life helps him become the great leader we all know and when he finally gets to Egypt, he would have to forge an empire from scratch and take back this world from the ancients. 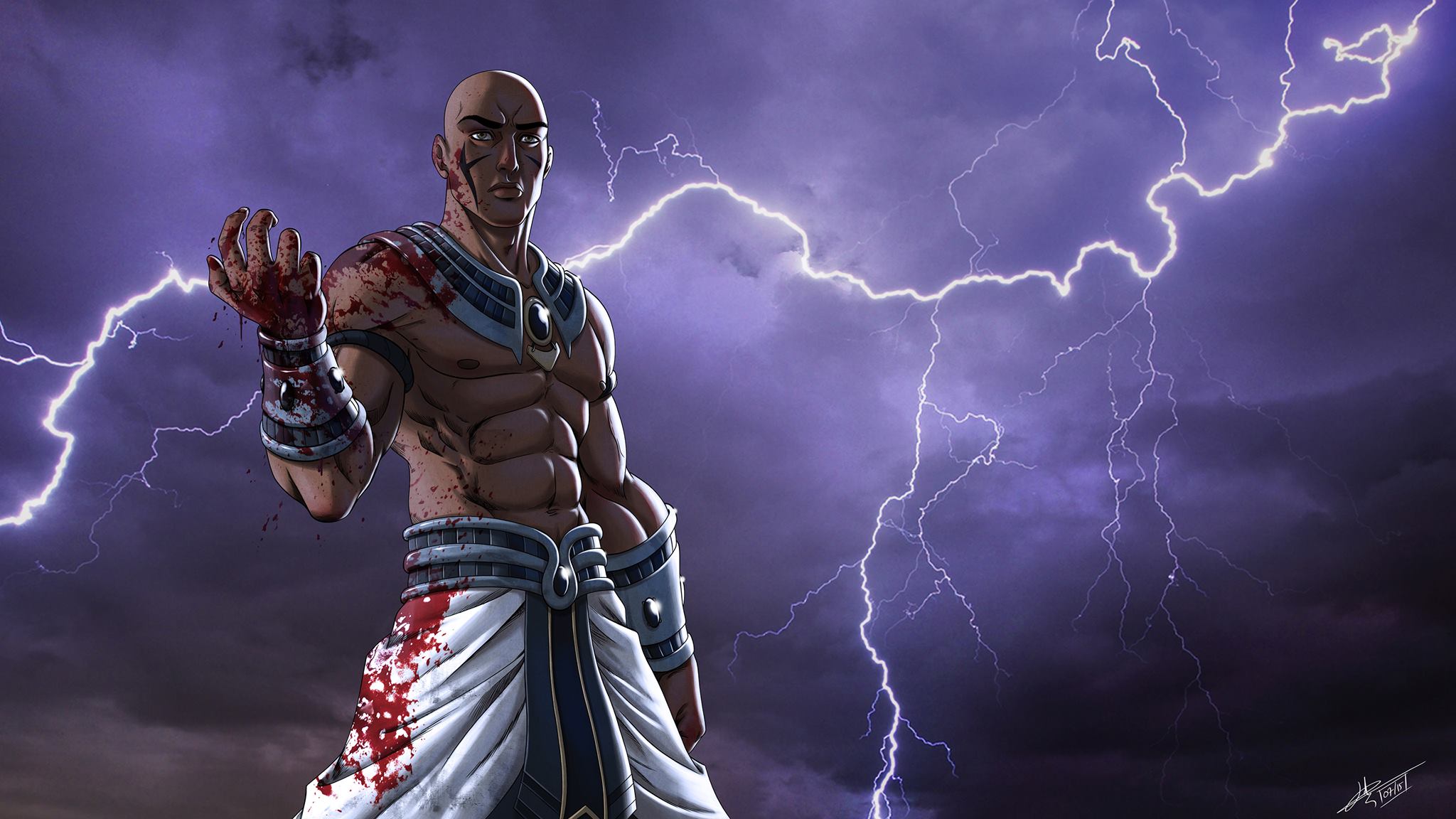