We’ve had a lot of content to cram in before our beta release and it’s been a long update – so thank you all for your patience and support so far! Most of the main features are almost finished so our primary task from here on out is game balancing and bug fixing.

Game balancing is actually the more time consuming part of adding features so don’t get too hyped up for a release soon, we still don’t have an ETA as there’s still a lot to clean up. Kenshi needs to age like a fine old cheese to reach it’s beautiful not-so-buggy state…

Hunger has now been added so it will be possible to die of starvation over a long amount of time. Character appearances will change to reflect the state of physical strength or malnutrition – again this is early stages and needs a lot of testing and balance. 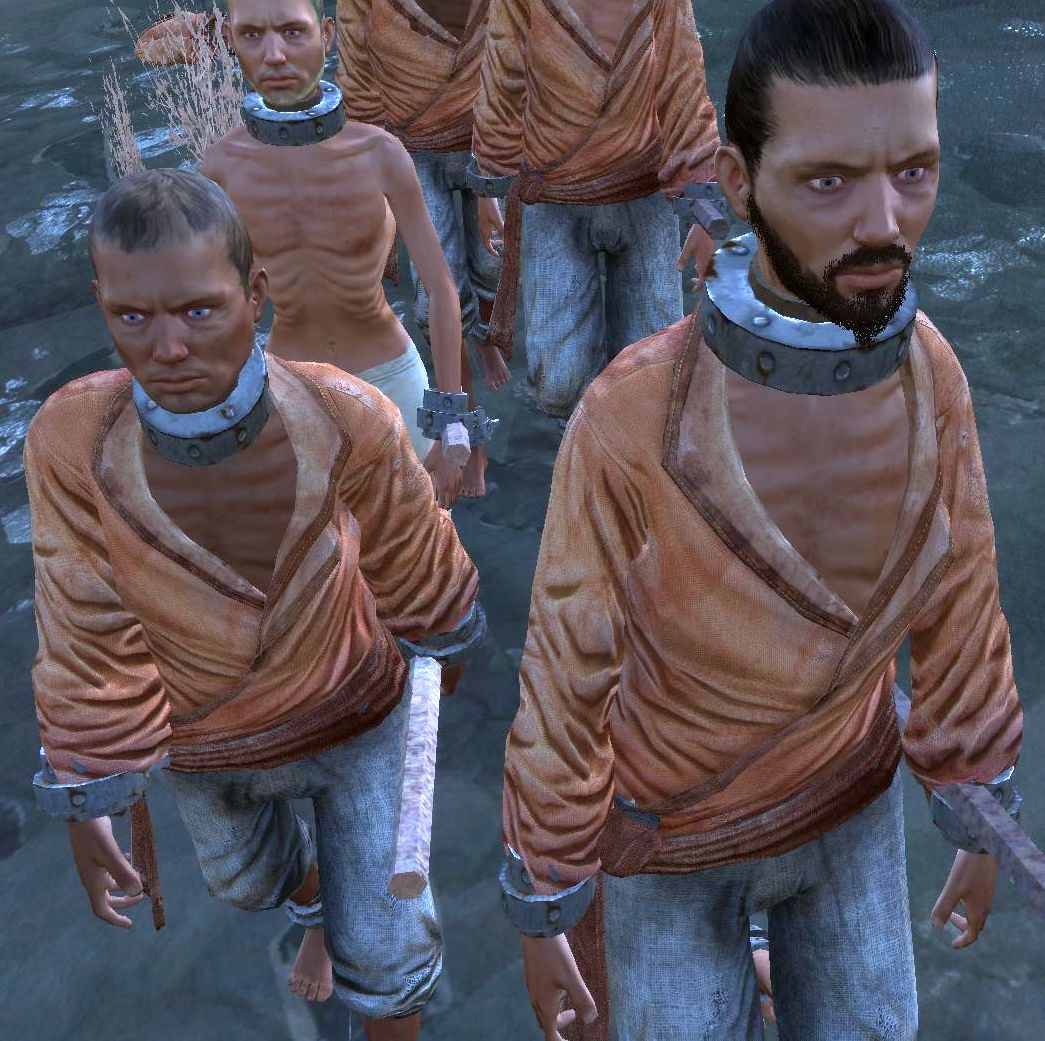 We’ve now finished adding lots of different foods, crops (cotton, cacti…), boozes, a new power system (dependent on fuel or wind strength) and, of course, you’ll be able to start hunting skins for leather making. Research has been re-balanced so that it’s faster, plus it’s gonna cost items/artifacts instead of Cats from now on. 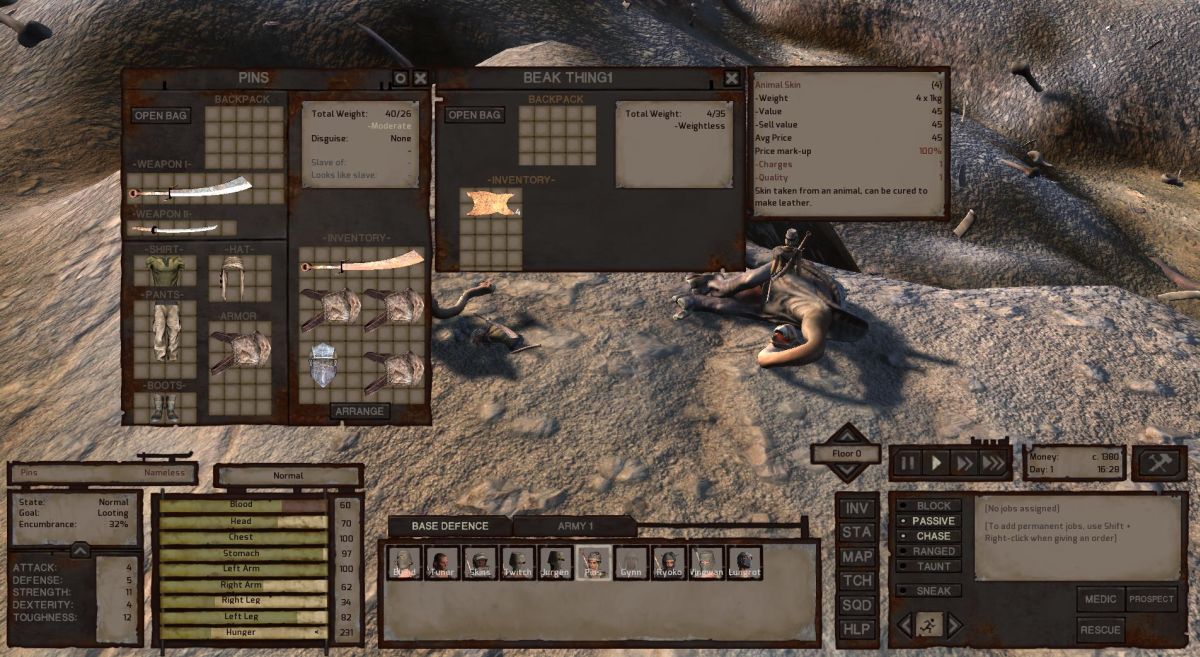 Finished work on the destroyed versions of buildings! Enough said. 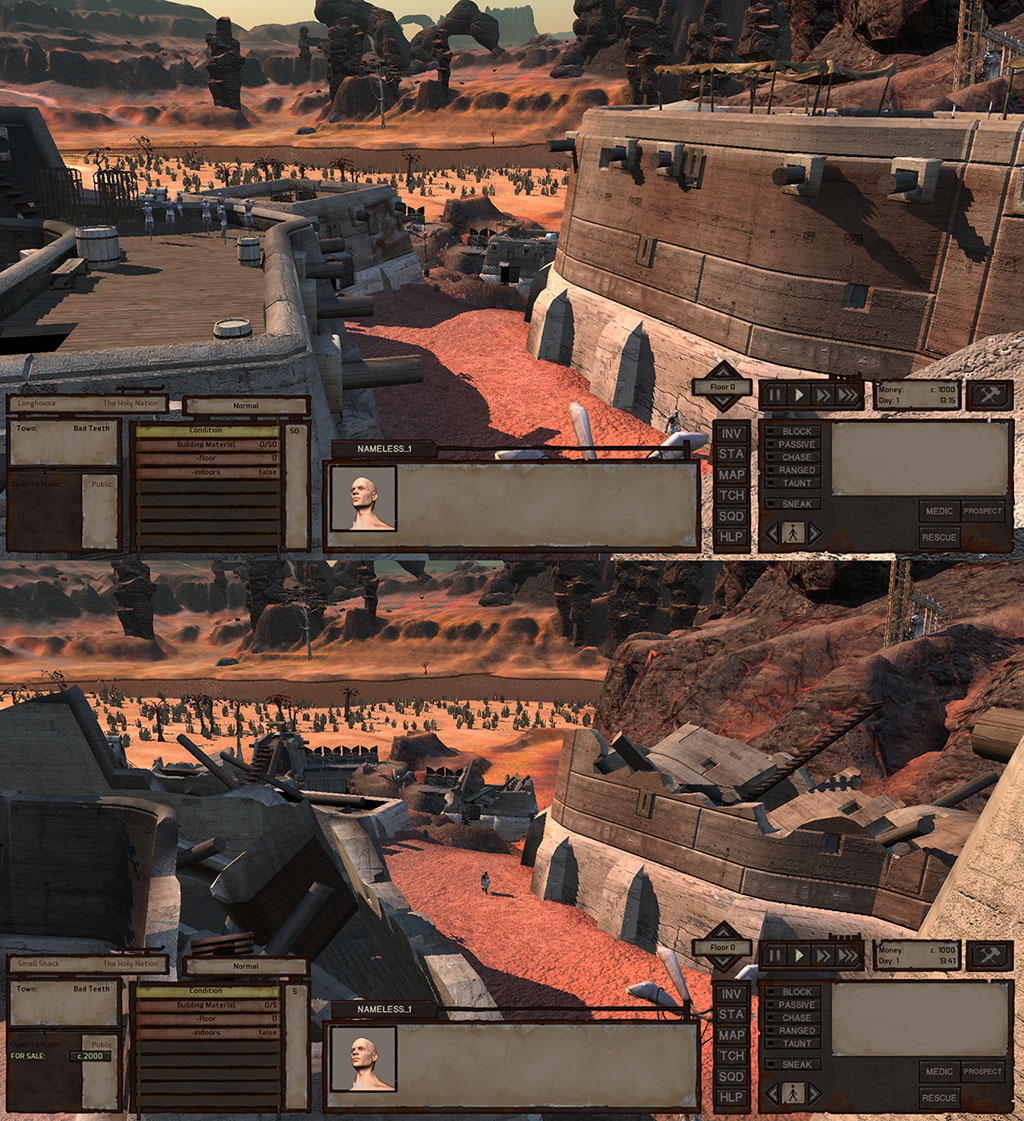 Thievery needs a lot more balancing but it’s improved greatly since the current available experimental version. Buildings have things to steal, guards are more alert and we’ve fixed it up so the player doesn’t get busted for accidental clicks, or from looking inside unlocked containers. At the moment, we’re doing a lot of testing to make sure it’s not too easy/ too hard, and citizens are reacting normally etc.

The crime reactions in the dialogue has needed a lot of editing this week, if the reactions are too specific or too vague it can become too noisy and ends up sounding like jibberish. So it’s needed a good amount of testing to make sure the reactions fit all possible situations and to make sure people react realistically. 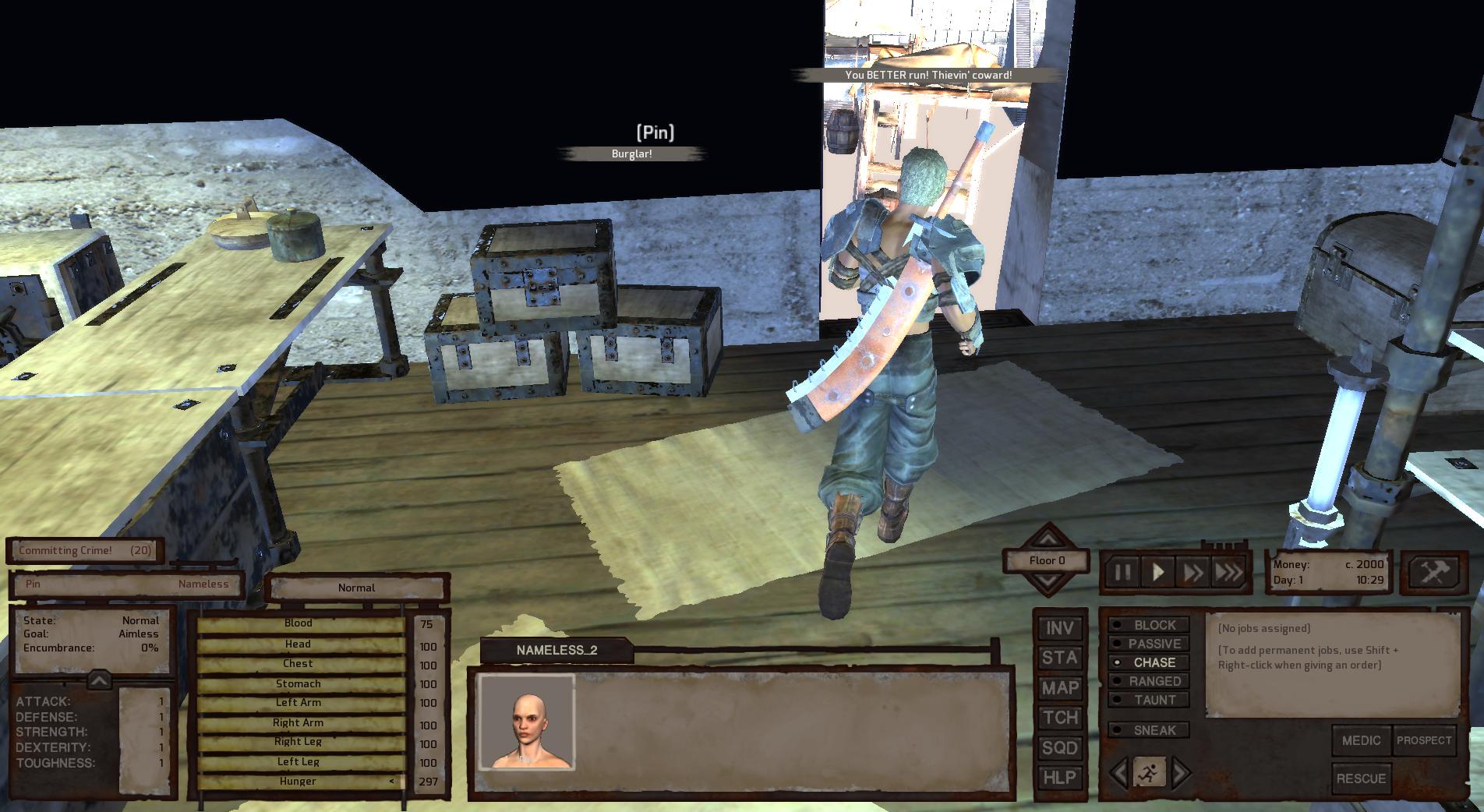 We’re also in the middle of adding the assassination ability, a way to knock people out in stealth mode. 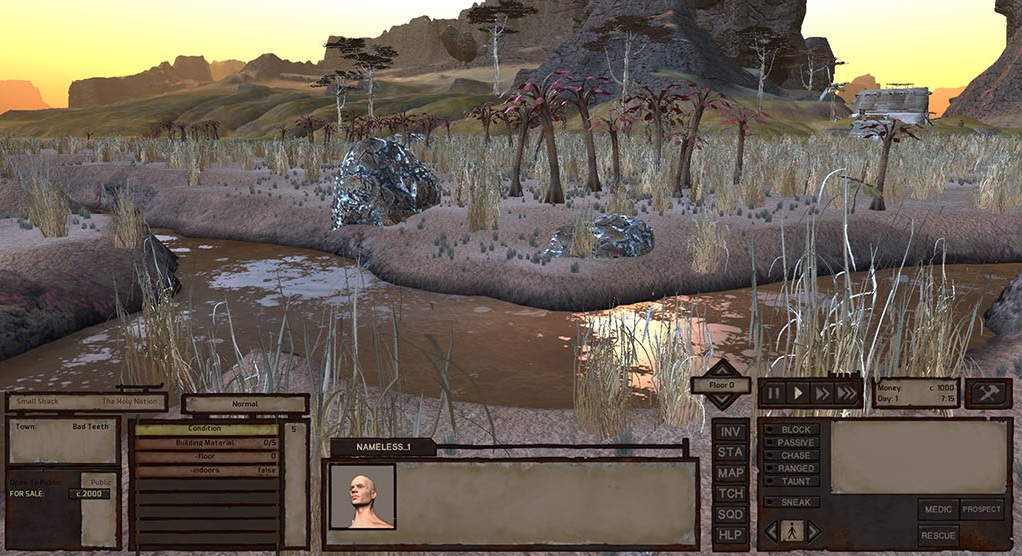 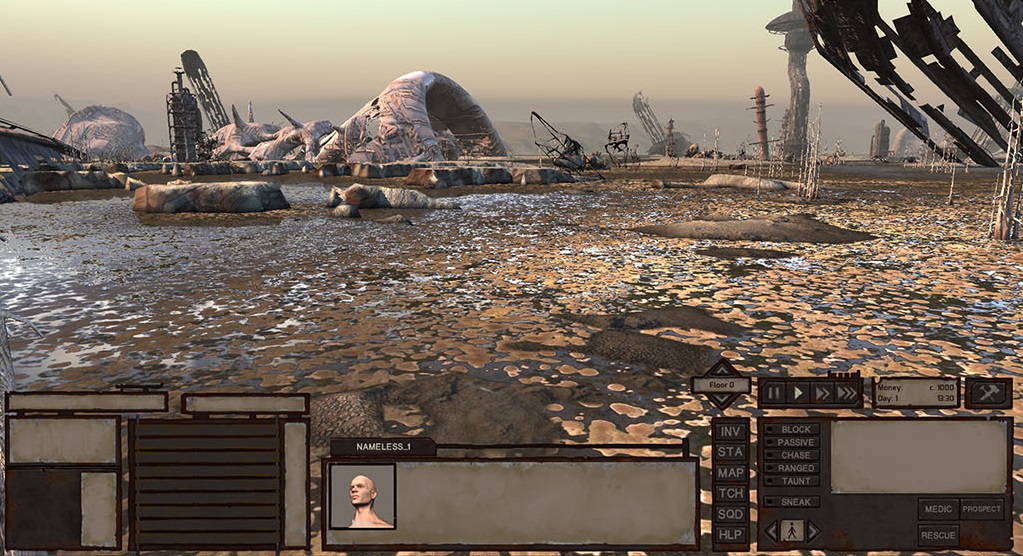 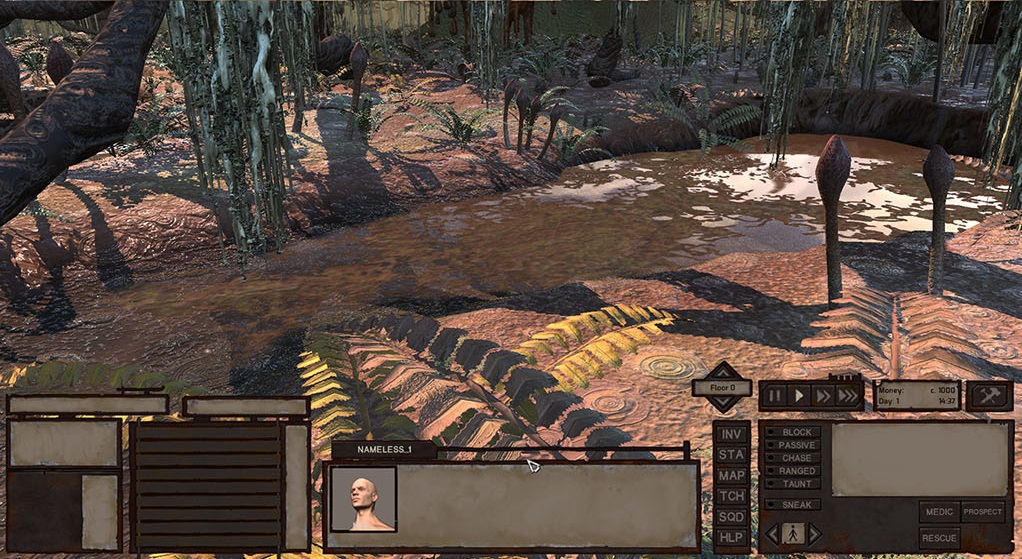 *** The above content has not been released yet. This will be added in the next update, Beta 0.90, ETA to be announced.

Click here for details on the current playable version of Kenshi, available on Steam experimental opt-in ***

Fcking A ,cant wait for the Beta

Now that there's a hunger need will there be a hydration need?