What have we been working on over the last week? Check it out...

Over the last week we've been cutting roads into the landscape for the soon-to-be-released section of the new world. In order to make the road look natural, like it actual belongs in it's environment, it needs to be leveled, deepened and given embankments. The map below shows the road system we have so far: the dark area shows the whole world being made, the inner box shows the sample world that we'll be releasing first - this will be a similar size to the current map used in Kenshi.

We've also made some general alterations to the landscape such as changing the foliage types and distributions, and adding two new hive villages. 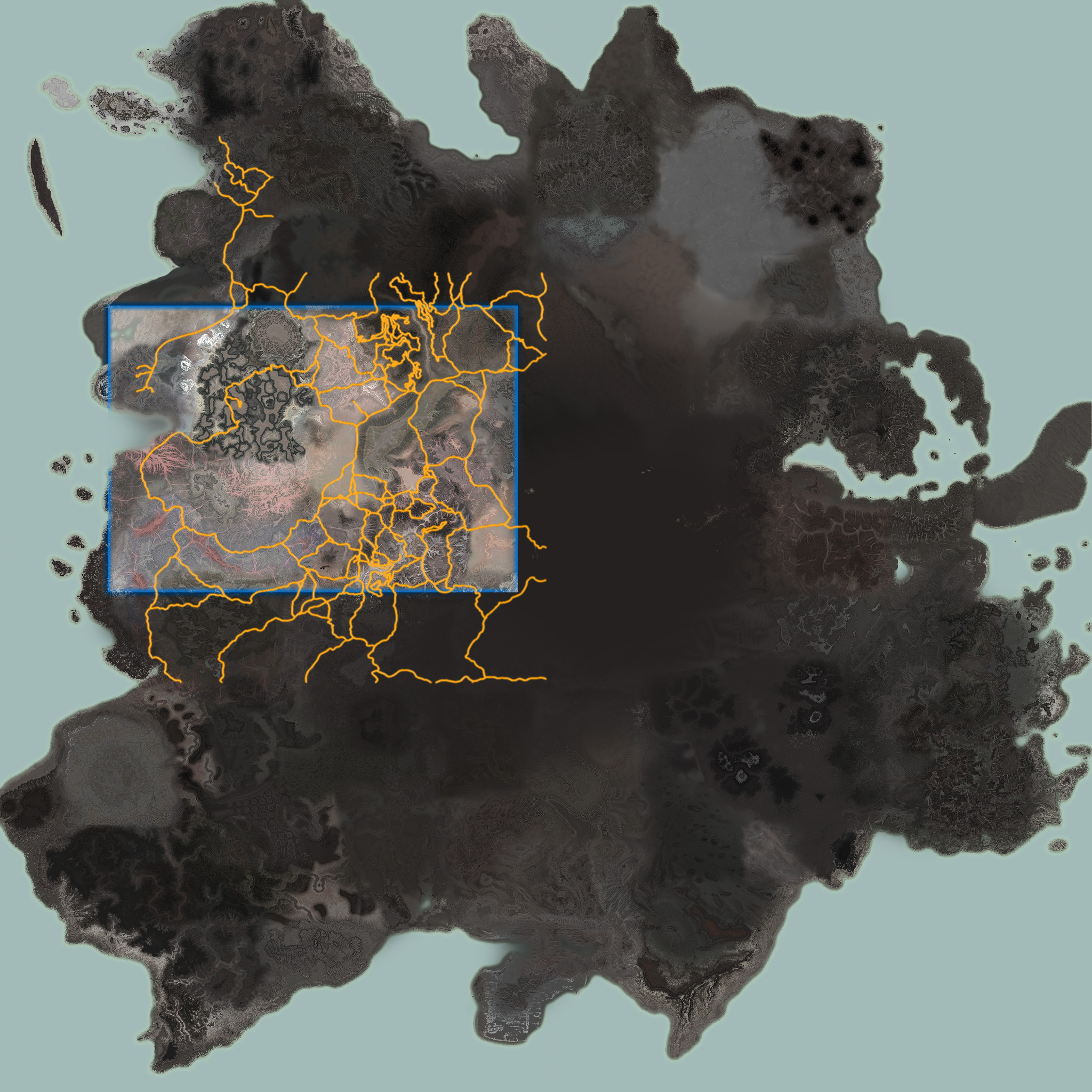 The new big bad world is gonna need a lot of new content to fill it, right? New biomes are great and all, but not without actual interactable items within it. So, we've modeled some lil' bits to steal from Kenshian hoarders, skins for leather making, farmable resources and actual tools - so hopefully when we add the mechanics for it in the future, you won't have to hack away at a stone mine with an imaginary pick axe like some kinda chump. 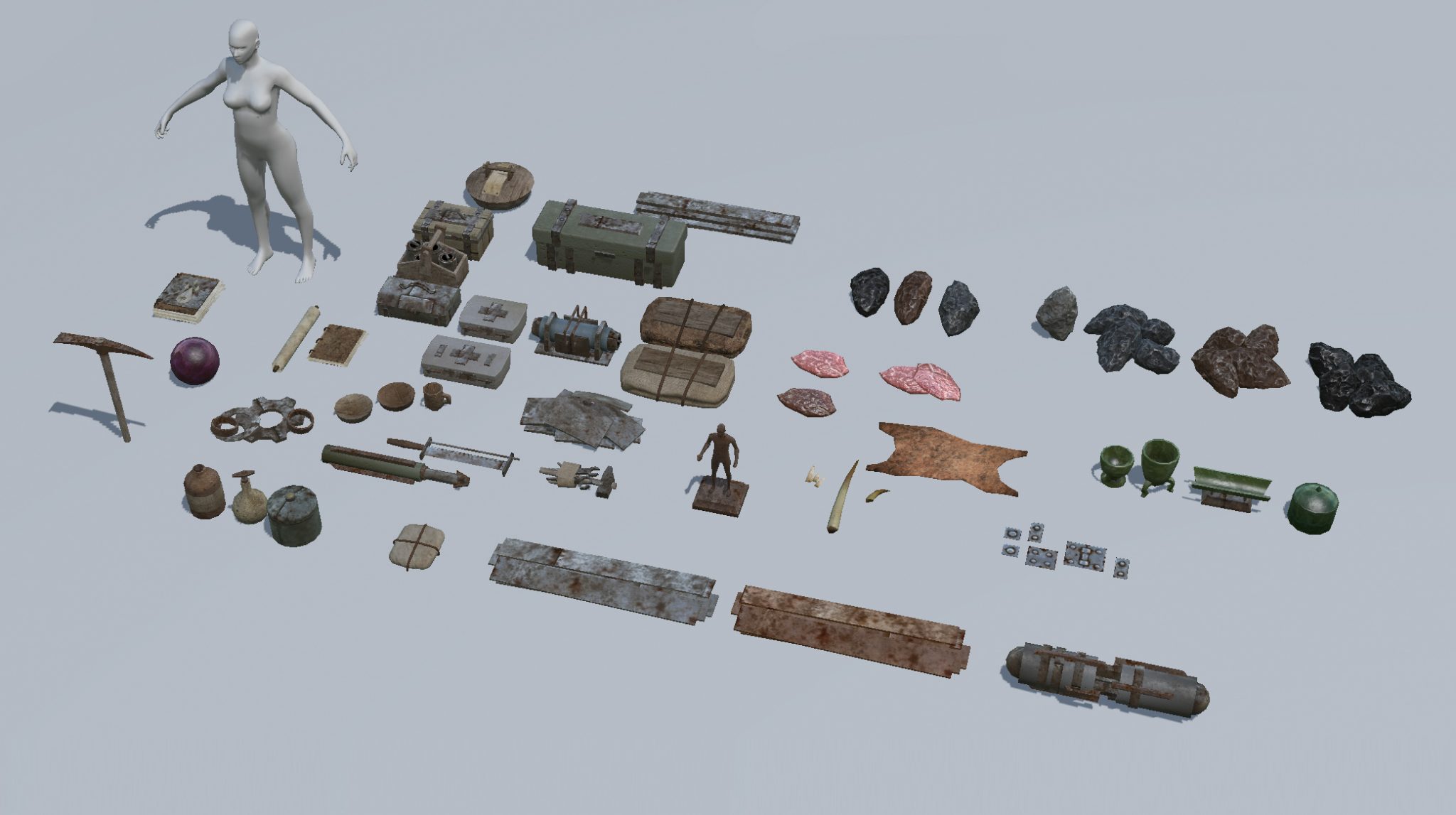 The character editor now includes different sub races with their relative attributes and stat bonuses. We now have three different sub races for the hivers, plus for the humans, we have two types: Scorchlanders (AKA Sundemons) and Greenlanders. Including the Skeletons and Shek, all our races are now complete (in case anybody was wondering what happened to the Stenn we had featured in our concept art from last year, they're no longer a planned race). 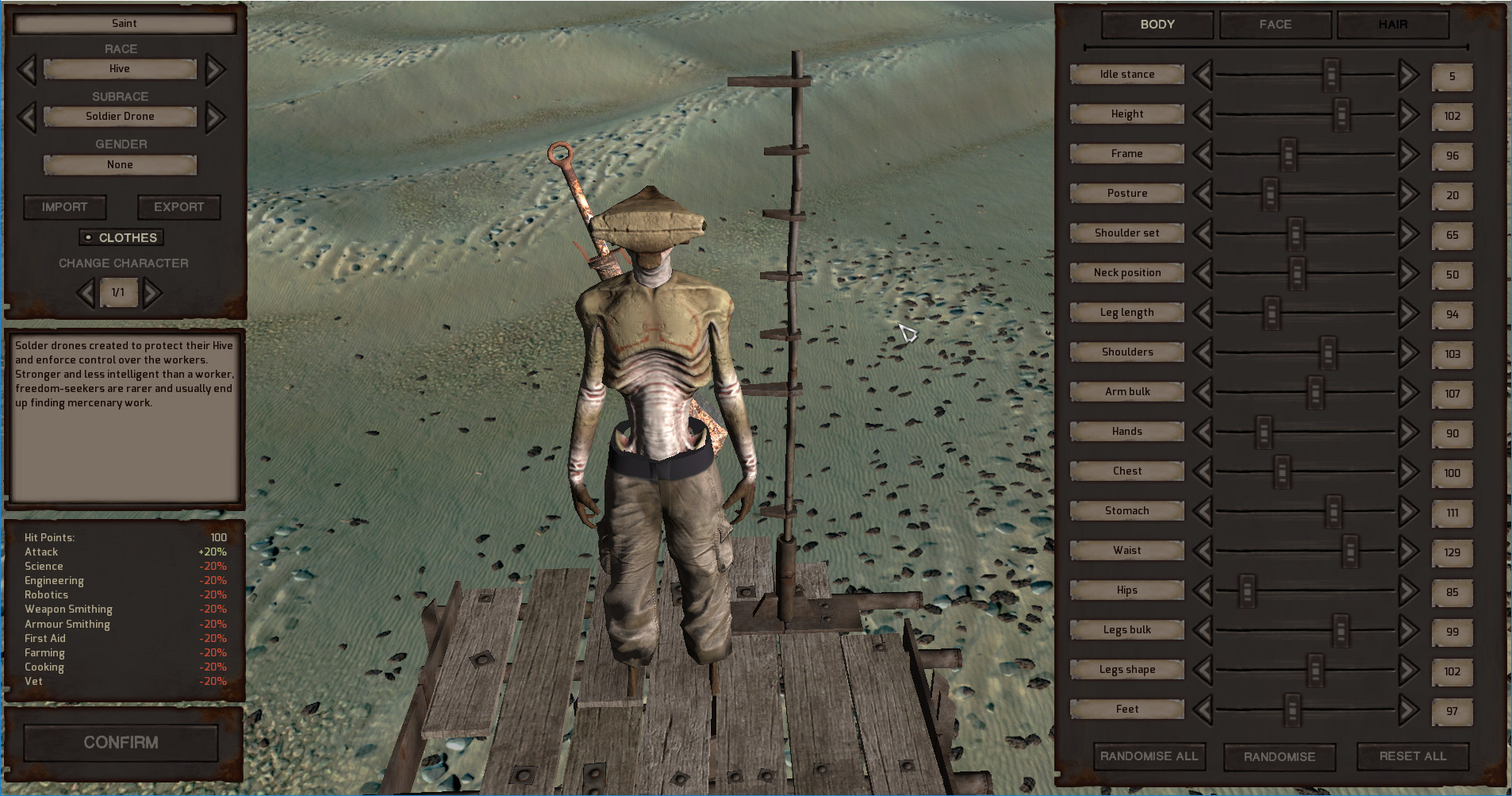 We've revamped the map window! This week we've finished adding new marker icons for towns, villages, outposts, nests etc, plus a marker for the player's position. Icon colouring will show whether they're allies, enemies or neutral to the player's faction. We've also got zoom in/ out with zoom level based information, basically this means that the amount of markers shown depends on the zoom level. 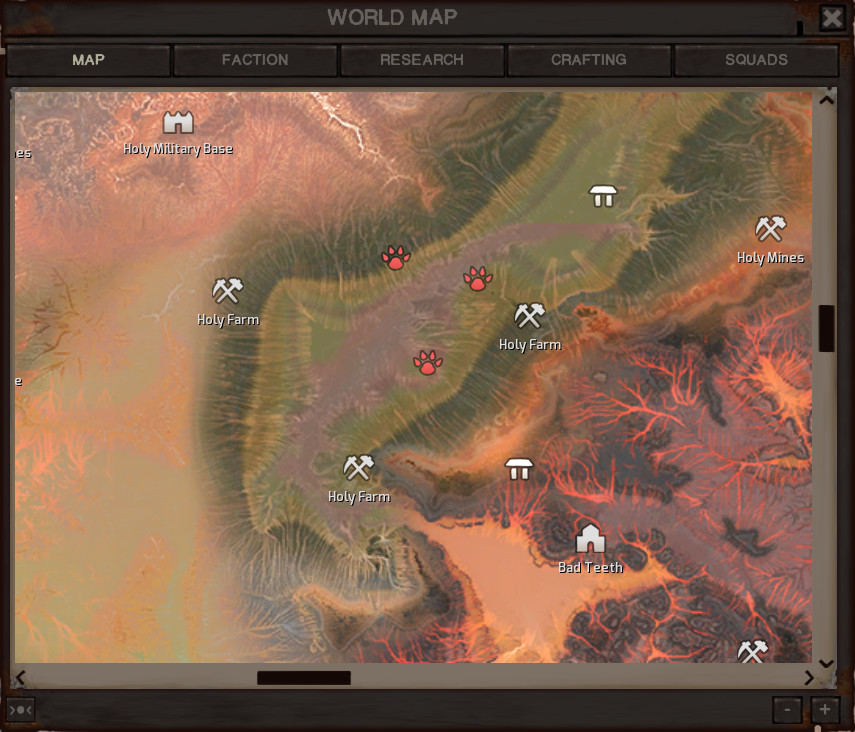 We've carried out a few minor fixes to the terrain system and shadow system. Not only should the new terrain system now run a little faster than the old one, but view distance has also been improved. This means distant horizons now have more detail, plus it fixes the disappearing terrain bug: 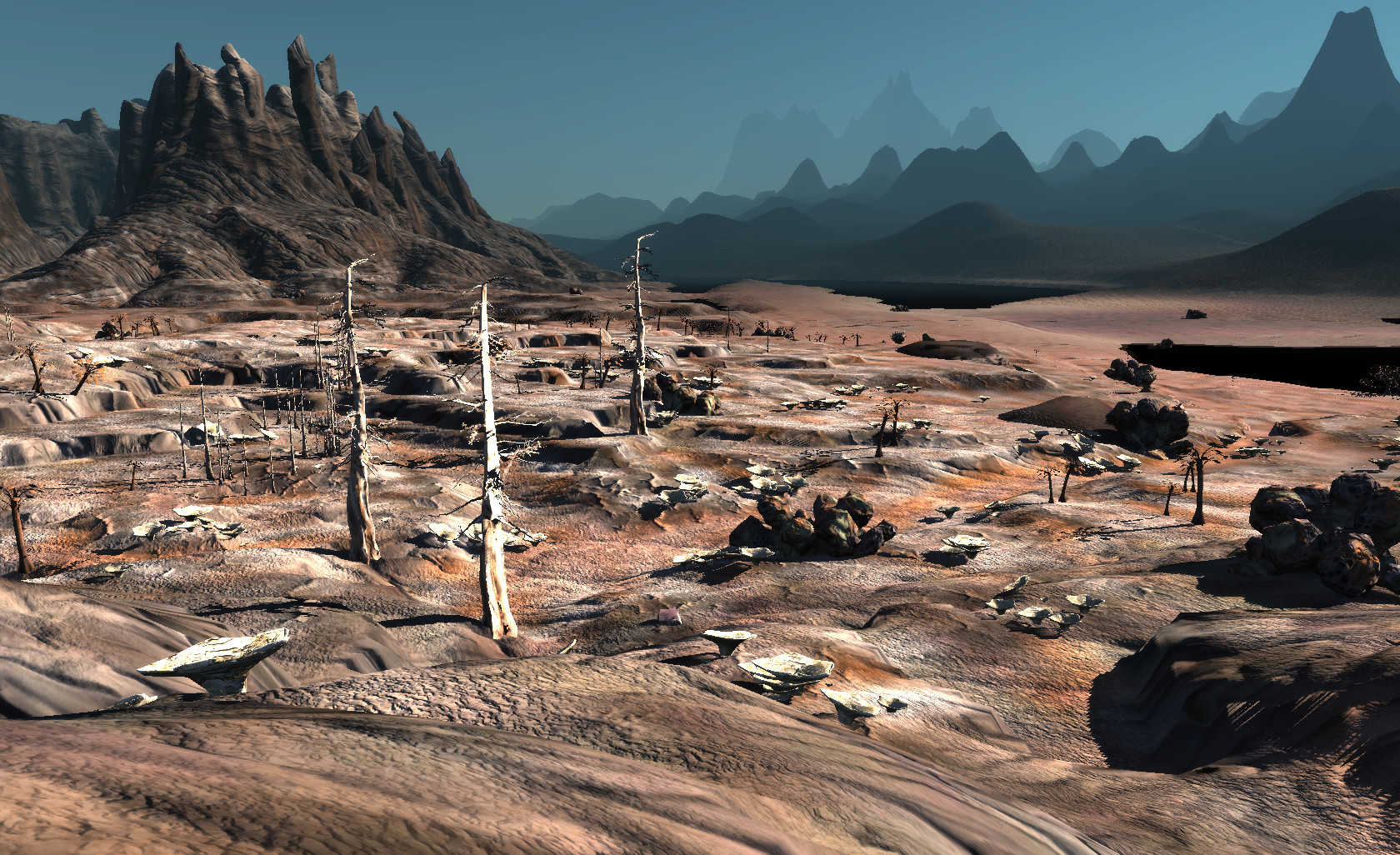 Just lookit the horizon on that... #saucyhorizon 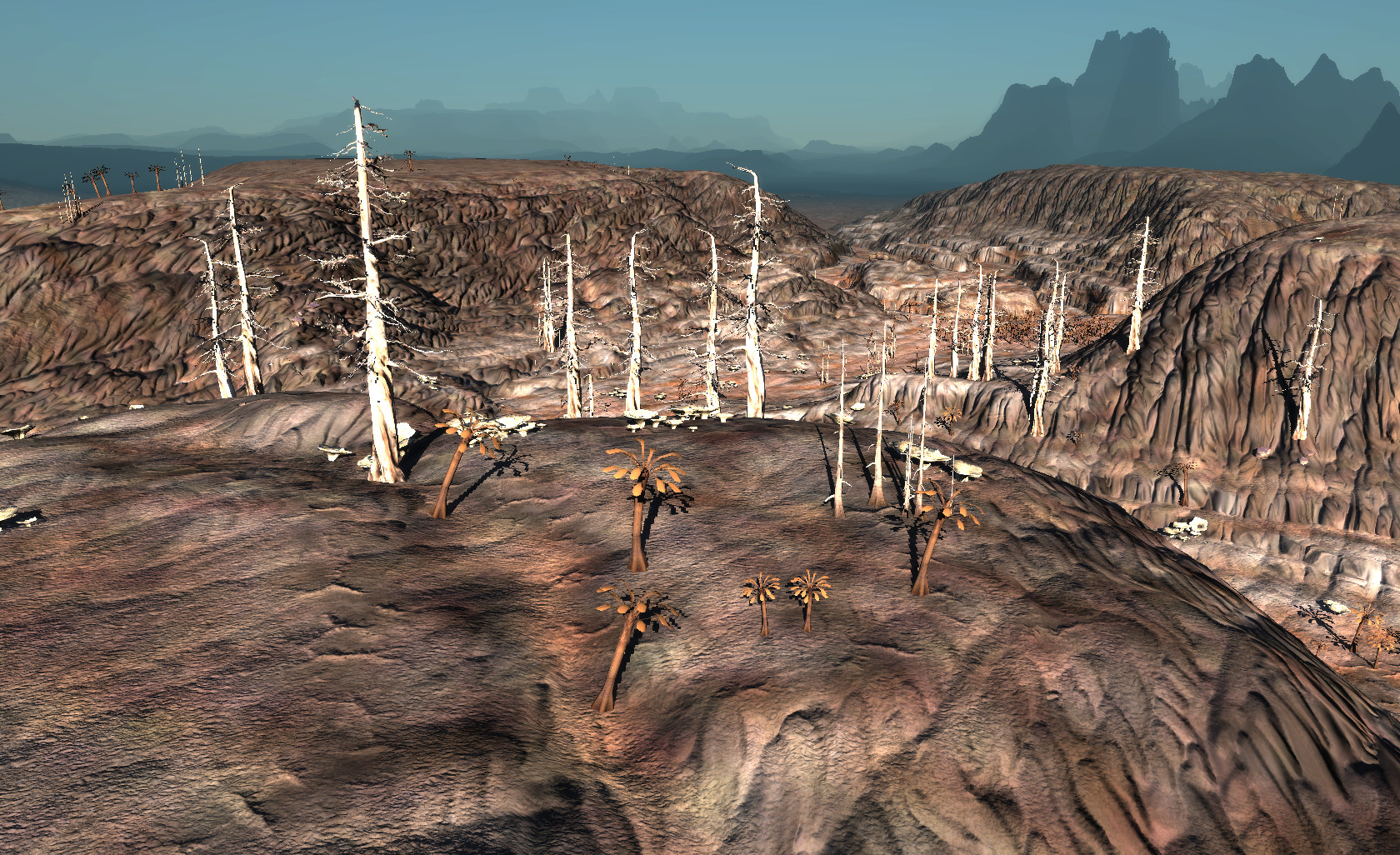 - Externalized the text's colors used in game and some other stuff so now they can be modded by the players.
- Created a tool for automatic LODs creation for the meshes to improve the drawing performance of distant objects.
- General bug fixing.
- Added more interior layout designs for building variations
- Fixed the keyboard keys to change floor. (Pg Up/Down)
- Swimming! Zomg!

All of the hype.