The long overdue update is finally ready. Also, in other news the game got greenlit for Steam distribution!

Okay let's cover the update first. It's currently up on Desura and GamersGate (soon to be available on Groupees website as well). Here's the list of what I've done since the last dev log, also be sure to also check out the previous three dev logs for other stuff that's new in this version. 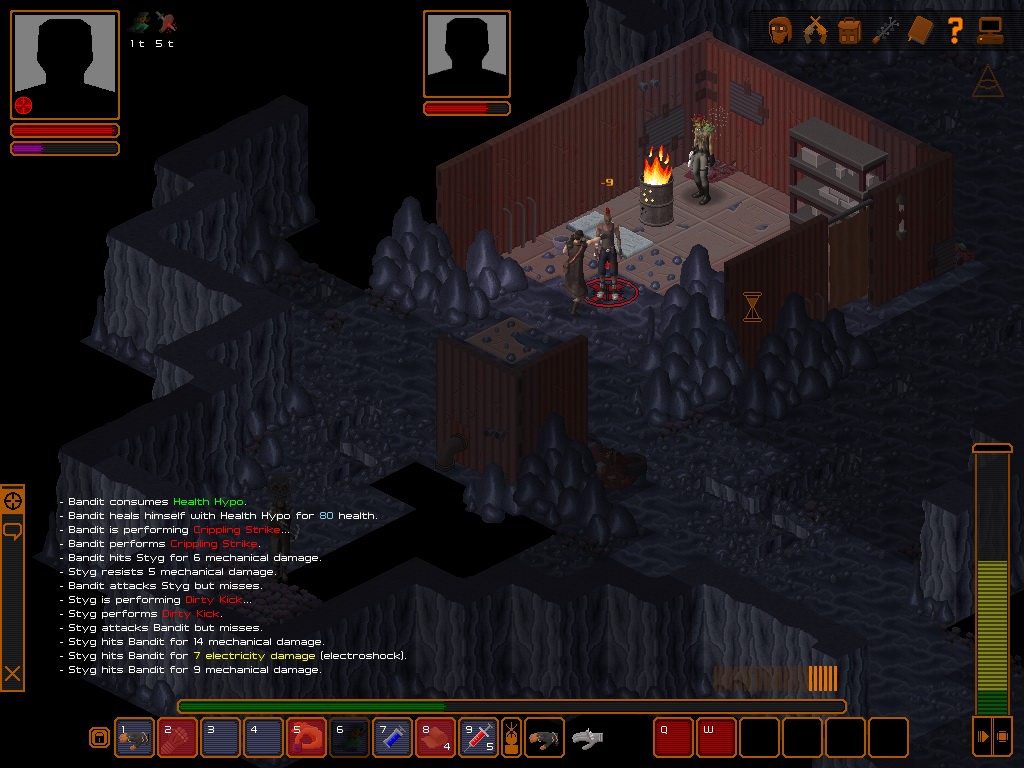 Here's a summary of what I focused on in this update: I've added a bunch of areas to Lower Underrail (the place where the SGS metro station is). These are just "wilderness" areas right now so there are any new quests, but monsters to fight, traps to step, loot to collect and that sort of stuff. I also add a number of items and blueprints (gloves, riot armor) which should give you more options in building your character, as well as improved the arsenal and the AI of the existing enemies.

In the next couple of weeks I'll mostly focus on Steam integration and fixing some technical issues with the game before I move back to building content.

Which brings us to other topic of this dev log. So the game has finally been greenlit. It's been up there just two days short of a whole year which is longer than I've hoped, but shorter than I feared. I want to send out a sincere thank you to everyone who voted for the game and helped spread the word. With the Steam distribution secured, the future of the game is looking brighter than ever. :)

Anyway, to answer the questions that a lot of you have been asking me:

Congratulations on your well-deserved success on Greenlight.

I hope you can get us Steam keys, because Underrail was sold in BAGB with the following promise (quoted directly from Groupees) :

"Vote for the games on Steams Greenlight, and when the game get’s greenlit you will get a free Steam key.(All except the Indie Spotlight: Driftmoon)"

I'm sure there won't be any problems with fulfilling that promise. I'm just being a bit cautions util I get the exact info.

BAGB has Steam keys available for this. I just activated mine.

Congratz, good to see you made it onto Steam.

Congrats on getting greenlit. I have been following the game for awhile now.

Nice game, looks well done. I'm only having one gripe at the moment, and that's to do with the naming of drugs. This is what tends to get games banned in Australia, an irritating but understandable policy that we unfortunately have. The most annoying part is how easy an issue it is to avoid: Make up your own names for them. As soon as a drug is tied to a real-world drug by name, the game is beyond the R18+ category in Australia (and a few other countries) and we won't get to see it. But for me, it's more a case of originality. I much prefer to see a developer come up with their own name for them, because then you have something to tie it to the game. Even if it's as simple as "Phromine" or "Drelanol" or "Perfonerone", it's immediately more interesting than just wedging in the real drug. Give it some thought, I've been watching this game with interest for some time now and was very glad to hear it had been greenlit, I only want to see you go further with it ;)

Nice, been a big fan of Fallout Tactics, and this reminds me of that except in a dystopia rather than post-nuclear. AI overhaul seemed like a long time coming.

i have the game on desura, will i get a STEAM key too? Xenonauts did that. thanx.

If you purchased the game through Desura, you can claim a Steam key. If you got it from Groupees and redeemed on Desura, then you can get the key from Groupees.