To break the monotony of working on barren hostile areas all the time, I've added a new armor type.

Hi guys, I'm still down in the cellar working on the Lower Underrail. Things have been a bit quiet and slow recently, but these times come and go and are nothing to worry about. To break the monotony of working on barren hostile areas all the time, I've added a new armor type. 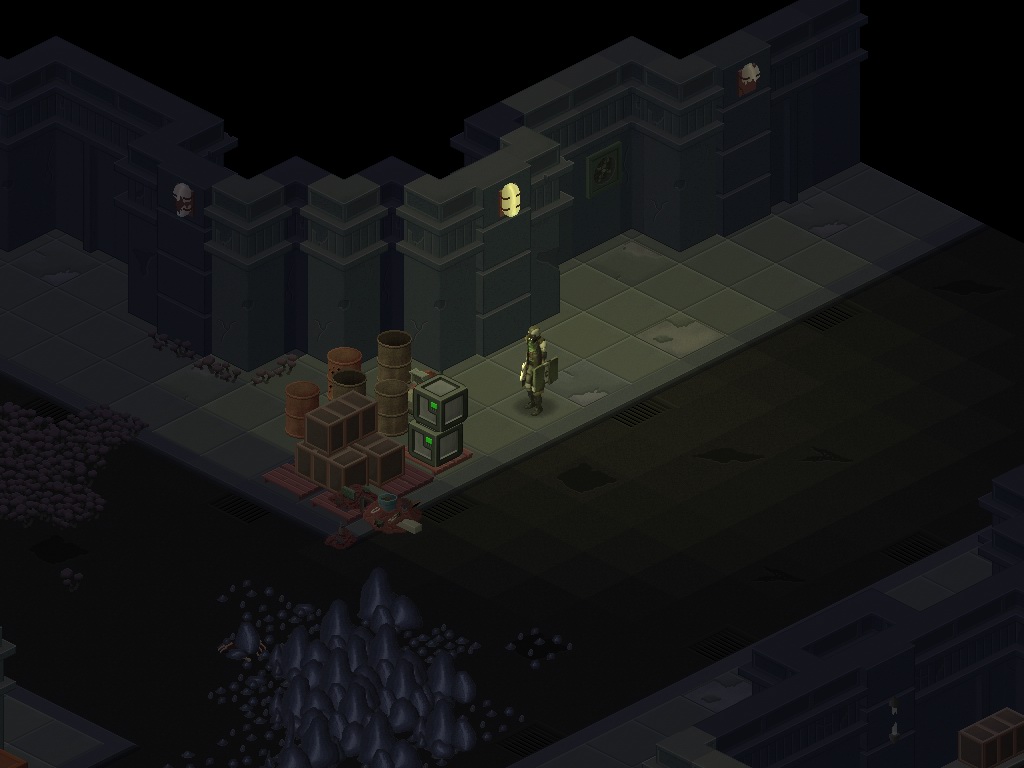 Riot Gear armor is a medium encumbrance armor that specializes against firearms and melee attacks (+100% damage threshold vs. firearms and +50% damage resistance and threshold vs. melee attacks). Like the tactical vest, it's crafted from a carrier vest and a ballistic panel and an optional overcoat fabric. You can also add metal plates to include a shield as well (will add other materials for this purpose at some point) which will increase encumbrance, but will give you a 20% chance to block certain amount of mechanical melee damage (depending on the quality of the material used). While using a riot gear armor that includes a shield you can only wield one handed weapons though (pistols, knives, crowbars).

Also here's a couple of minor changes and bug fixes:

In the next couple of weeks I'll add few more items and creatures and probably do some AI work. After that I plan to release a new version. The Lower Underrail is not fully ready yet, but it should be fun to snoop around nevertheless.

Good to hear from you.
And Riot-Gear is always a riot. :)

love these kinds of games, always gets me excited to see progress for a upcoming one especially.