This is the first in a series of developer diaries that will chronicle the ramblings of myself to give you folks a better idea about the game. :)

Welcome to the first of what I assume to be many developer diaries. Napixelonic Warfare was viewed over six hundred times! That's pretty awesome. 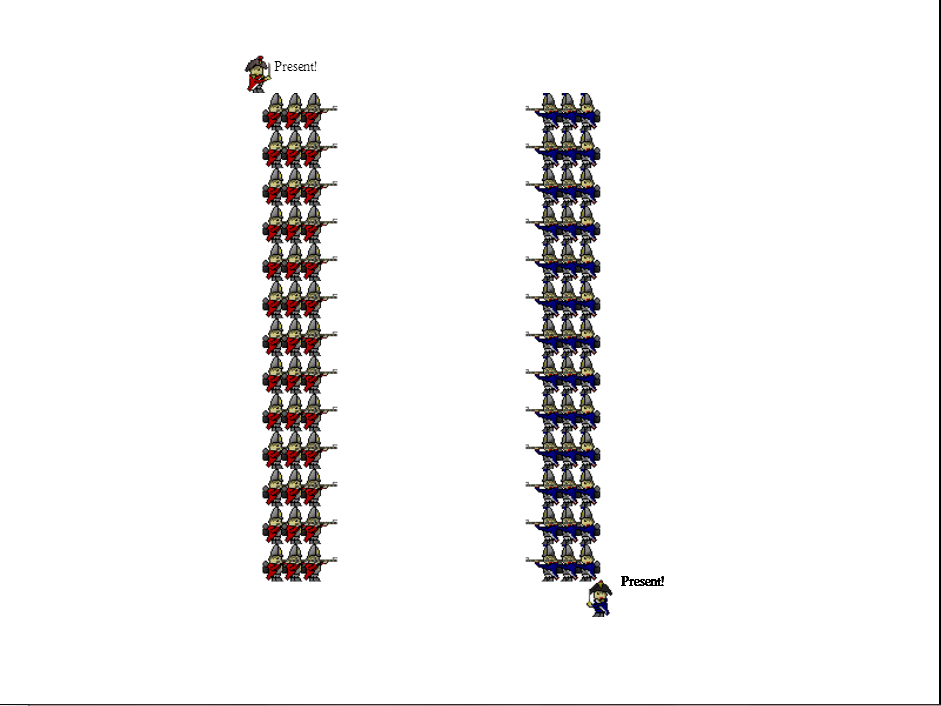 As you can see, there are a few changes since the first batch of screenshots I posted. I've updated the french officer sprite, as well as added in the french AI, which was missing. Again - this is very basic AI meant to be a placeholder until I can develop it further. For now, it's functional, and working as it should.

The next part is something I put together earlier today. Again, it is unpolished and still in development, but it's functional in that you (the player) will be able to decide what faction you would like to play, also using the fancy new flags I made. (British flag still needs a lot of work. :) ) 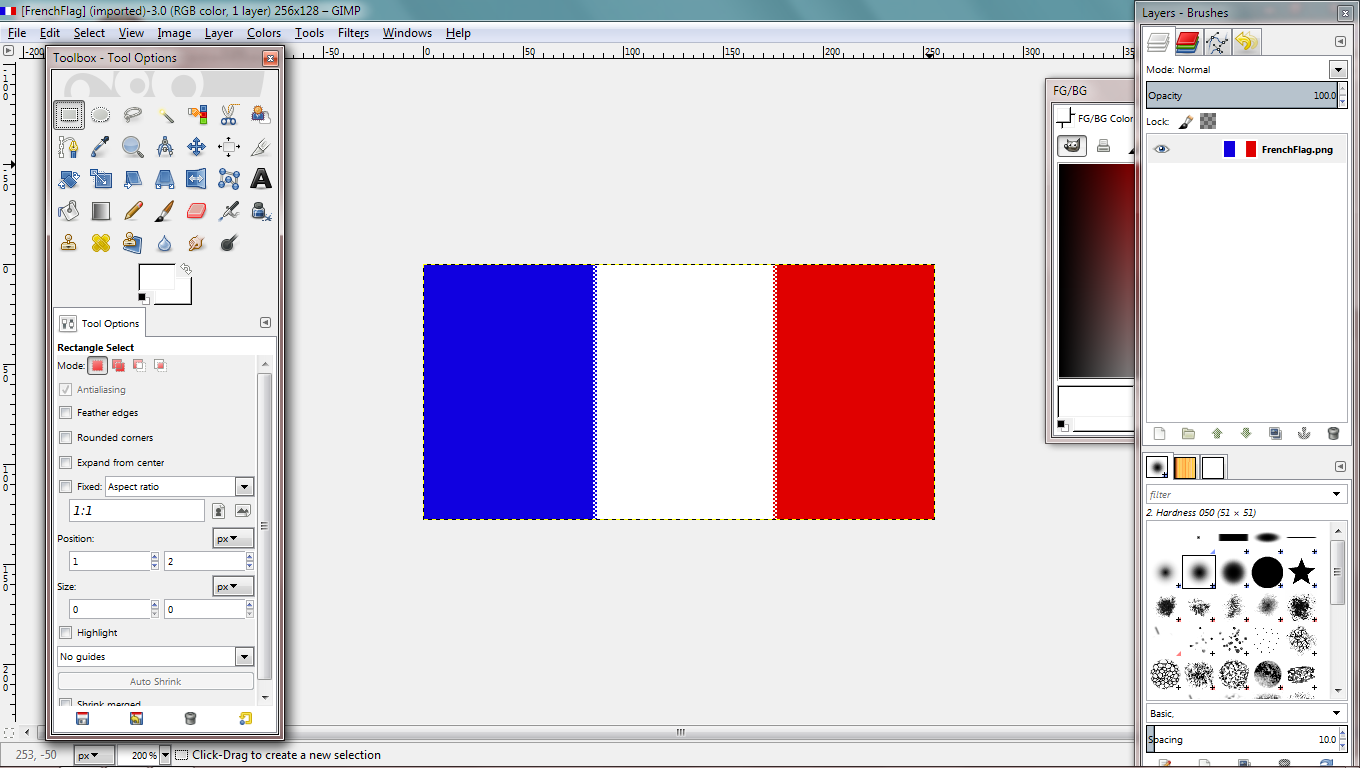 There's the french flag, and here is the new main title screen. Again, keep in mind the text and buttons are all placeholders. 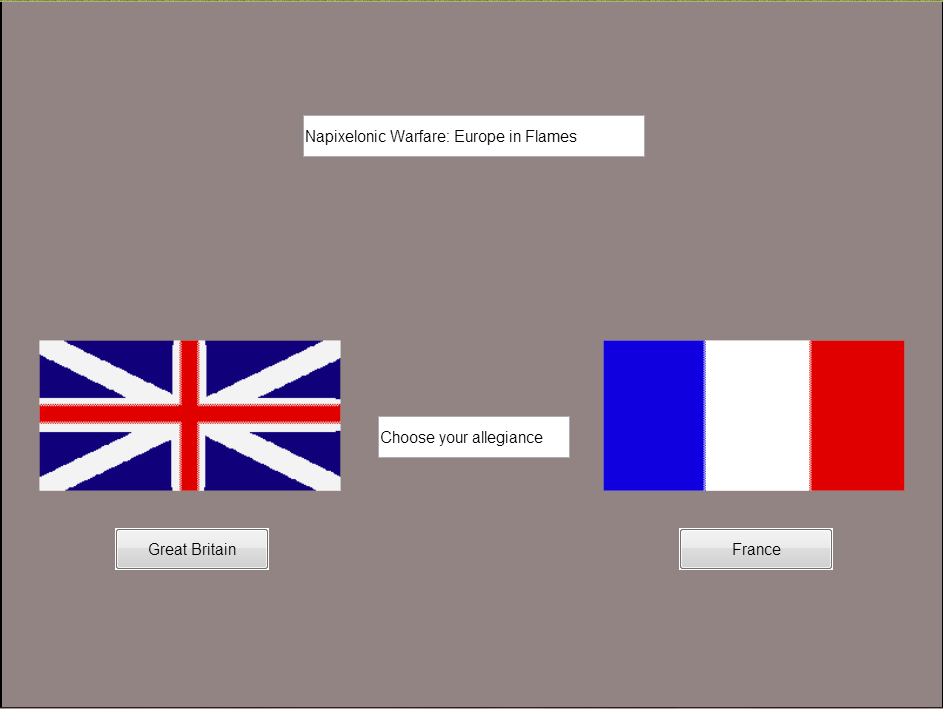 I'm commissioning my girlfriend to make a fancy, well drawn background for the title screen, so the drab color it is now will be replaced. Borders and such need to be added to otherwise clean up the screen, but it's functional, and in development, that's what counts. :D

Here's a final picture of the French Officer, as per my zooming in on gimp. He needs to be cleaned up a little with the colors, but overall i'm happy with him. 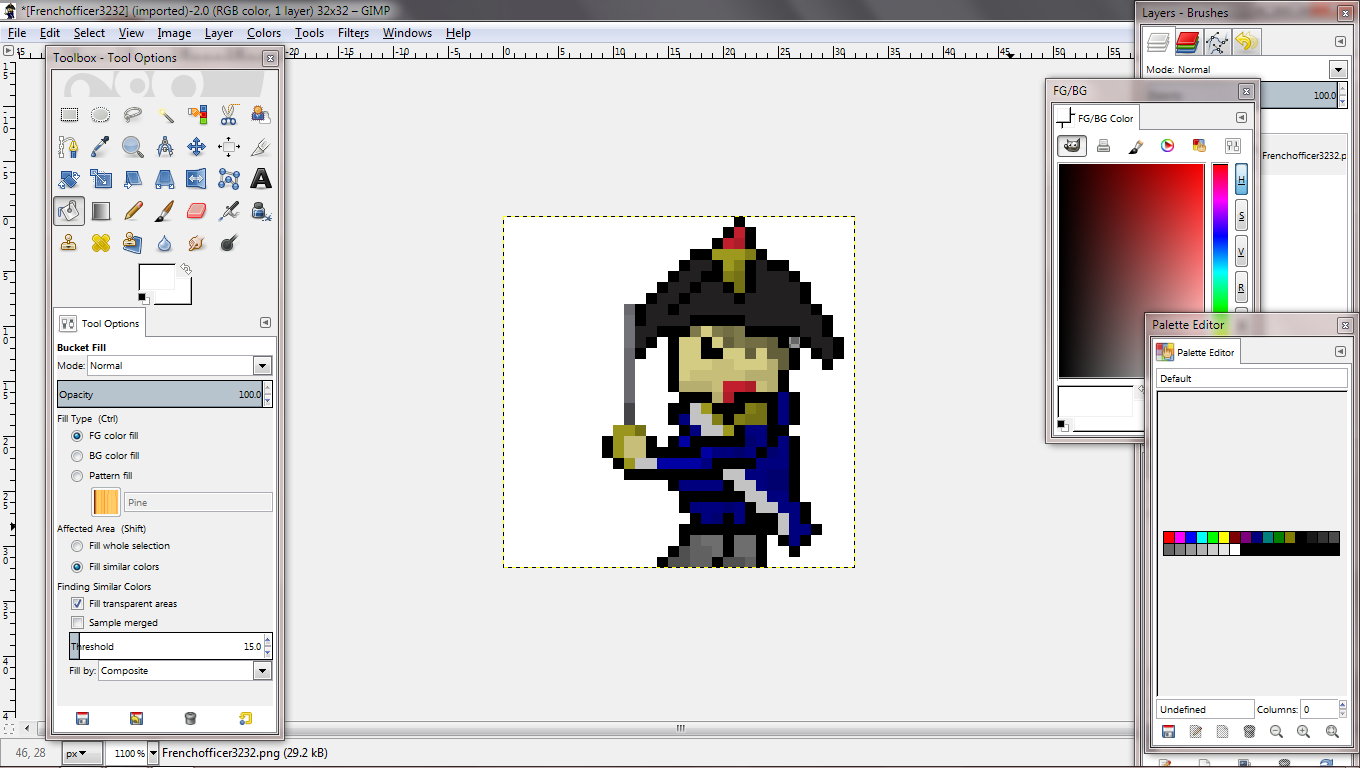 So that's that for now. As to what I have accomplished in the past few days and what I plan to do, I've made a list.

Changes made so far.

What do I plan to get done in the next week?

And that's pretty much it for now. Once all of the above is done, I'll focus more on mechanics and getting the lines to function well, then a selection process for the regiments.

Feel free to comment in the boxes below and send any questions my way on twitter, Twitter.com

Thanks again for your support! I'll continue to update throughout the week on twitter before the dev diary next week.

Looks very good,i personally like the british sprites.
If you wan tsome help,even to make the flag our the menu background,add-me on skype =D