For the last update of 2015 and to thank you for all your support during the "Indie of the Year 2015"'s Top-100 election I wanted to go into details of the resource system, present the Midas miner and talk about many other changes. Expect alot of videos and pictures. ;)

First of all, I want to thank you for all your support during the Indie of the Year 2015 voting. Unfortunately this game didnt made it into the top 100, but maybe next year.

For the last Dev-Blog of this year I wanted to talk about something I announced quite some time ago. The resource-system. Lets recap: There are Primary (Ore/Minerals, Power) and Secondary resources (Sudamis, Rubonium, Tri-Titanite). The former are quite obvious and I already talked about them. The latter on the other hand are unique and they are one aspect that makes Timeless War a special RTS game.

Ore and Minerals:
To keep your war machinery running, you need to have enough resources. All Primary and Secondary resources can lead to fill your storage, but there is a large difference between each type. The standard resource type is Ore. Ore can be found in every combat area and it appears in various different ways. Sometimes in depots, the other time from a drilling machine, from asteroids and meteors ect. Its everywhere. Almost. More rare are minerals which fill the same resource account as Ore, but since its more enriched with required materials, it is much more worth harvesting it. Minerals are mostly found near volcanoes or caves and accessable for those who are willing to take the risks. Your enemy might have the same idea so you should advance fast. 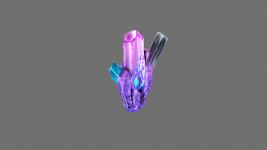 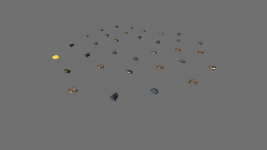 Why Secondary Resources:
If you technically need only ore / minerals to win, wheres the need for Secondary resources? That was a question that bothered me for a while. And if you aim to simply destroy your opponent, then you really dont need them. However, it is not the only way to win the battle. You might encounter an opponent with a strong defense or you have a strong defense yourself because you are a defensive player type? Then the Secondary resource makes a big difference. Each faction has its own type.

Miraculous Fruits:
The Secondary Resource of the Asen is a common fruit from Asgard: the Sudamis. These pumpkin-like plants are used as food among the civilian population, but its juice also provides the resource to cure any desease or poison and tread all kind of wounds or disorder in combination with other herbs. They once where geneticly engineered by the Asen. Their roots are designed to gather minerals from deep down below the ground and transport them to the surface and supporting underground tunnel networks. Later they became an important tool to make planets habitable as their roots vitalize the surrounding flora and their fruits are very healthy to any species of animals and Asgardian life-forms alike. In addition they are highly resilient towards most environments - they can grow in wastelands, on mountains, in swamps and even in worlds covered by snow and ice. Unlike most plants in Asgard Sudamis don't need the sun light or other energy sources to grow, but creates their own through cold-fusion that has the Asen metal Mystridium as by-product.
They are great for healing organic units and eradicate pollution. Its seed can be used to make forests grow in record time which provides a good cover for Asen units and other infantry. 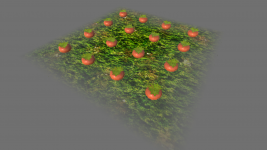 Non-Organic Evolution:
The Pandoras use cyan glowing nanites that try to use everything they are coming in contact with to create a new element called Rubonium. Rubonium is an artificial purple shining metal, it doesn't appear in nature. It is the base element of the Pandora technology for all races of Pandoras and its cyan glowing blood - another type of nanites that works like the blood of earths creatures. After Rubonium is assambled by building its atoms through nuclear-engineering-technology it will be stored in pillars, so called Ruboniumhexagons. These pillars don't need to be harvested like the Asgardian or Diploducas counterpart.
Ruboniumhexagons heal allied mechanical and unorganic units. Hostile machines which tend to stay near these Hexagons for too long will be hijacked by the nanites instead. 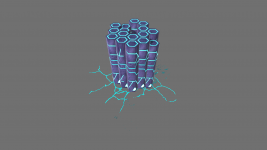 An Alien Virus:
After the Chrono-Force-Alliance colonized a couple of Gliese systems they discovered a parasitc alien virus on a lonely desert planet that gathers minerals and metals to form green crystals. Burried inside these crystals exists an extremely rare tripple-titanium molecule called "Tri-Titanite". Tri-Titanite is the ideal material for the Diploducas technology which rely on heavy assets. Before they discovered this metal transporting Kolossus mechs and other units to the grounds was a real pain in the ass, because they had to use drop-ships to bring them down from space. Thanks to Tri-Titanites properties a Kolossus mech can enter the athmosphere and survive an impact on solid ground without any damage. The tripple Titanium molecule is highly resilient to kinetic and thermal influences while providing better statics for complex constructions. However, compared to its counterparts Mystridium and Rubonium, Tri-Titanite is a simple and still limited material. The most efficent way to produce this material is by infecting asteroids with the virus and let them do the rest. Luckily technologies that use Tri-Titanite as alloy are immune to this organism. Technically the C.F.A. can place farms to let the virus do its works, but the space colonists tend to kill two birds with one stone - literaly. 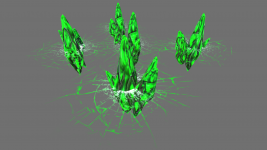 The Mobile-Resource-Platforms can order a meteor strike to a target area. After the devastating impact the crystals start to grow and spread an acid gas that damages everything that is not made of Tri-Titanite alloys. If the crystals are not destroyed as soon as possible, an entire base can be turned into ruins and armies can be wiped out.

Change the Battlefield:
In Timeless War there will be three ways to win a battle. One is to destroy all important buildings and units. The second one is to control the battlefield itself - through Terraforming. Though Secondary resources can be converted into Primary resources once they are harvested, their main purpose is to allow you to change the battlefield. This means you need to cover the map with your seed which transforms the terrain to a hostile environment for your opponents. If you control enough terrain, you win the battle. However, only one played faction per team can conquer the battlefield this way. It means if you play the Asen, but your allies are Pandoras or Diploducas, your team have to choose the one who is using Terraforming. Thats the idea of Secondary resources.

Greedy Harvester:
Even though the United Nation Initiative is not a playable faction, you will find some of their assets around if you keep an eye for them. One of them is the Midas-Miner (former name was M.A.R.V.). The Midas is a mobile reffinery AND a harvester. It harvests about 1000 units or Ore or Minerals and then holds still for a moment to convert its cargo into resources, therefor it does not need to dock for processing like its counterparts of the playable factions. This big unit is capturable and can eat alot of damage, which makes it a perfect tool for gathering Primary resources to keep your war machinery running.

Guarding System:
Harvesters are the most vulnearable part of your army because in normal cases they don't take much damage. To protect them, I implemented a guarding system. This allows you to secure either a location or a certain unit. If an opponent enters the vision or sight range of the guarding unit, they will attack depending on their stances I mentioned in Dev -Blog #3 (under Combat-System & AI).

Upgrades & Unit-Modes:
Especially for the Pandora Forces I need units that can change modes and have alot of upgrades. The prime examples are the Siege Tank and the Eliminator. While the Siege Tank can change into many different modes for a great vary of purposes, the Eliminator uses Upgrades for a more permanent job. In its vehicle mode, this aircraft can be a terrifying gunship, a flying bunker for infantry units or a transporter for ground vehicels.

A Small Performance-Boost:
One of the difficult tasks was to improve the audio system so sound effects of units are not so loud when a bunch of the same type is clustered in one location. Before this update the sounds where based on simple lists stored inside the units code and every unit had its own audio source component with its own settings. For an RTS game it would end in a larger need of memory and CPU than neccessary. So I decided to give code components that store just a few information to find the lists of audio files to play - so called AudioInfo's. These scripts determine what sound files an effect can play, the min- and max-distance, 2D or 3D audio, who can listen, the volume... you get the idea, it has a lot of possible settings. Depending on the maximum of instances, if requested, it will create sounds and check if the sound is needed somewhere by someone and if a free sound is avaiable it moves to the desired position and plays it. This methode sounds complicated but in fact it showed a nice improvement in my FPS counter. It uses much less memory and CPU, sounds are much more controllable for the system and, the maybe best part for you, it allows modders to easily add new sounds through XML files especially since the game will be able to read and load mod assets at runtime.
For the next update I will apply this mechanic to weapons and locomotors which will increase the performance even more. ;)

Thank you guys for reading this article and I hope you find those information interesting. For the next update I aim to implement an Artificial Intelligence and reveal the plan for 2016. I wish you a happy new year! :)