In the last month we of course where very busy. We added ton's of new features. And we finally solved the NPC model problem!

In the last month we of course where very busy. We added ton's of new features. And we finally solved the NPC model problem!

When creating a house you need to place a lot of blocks which can be time consuming. So we added a shape mode which makes this much easier. You can draw a rectangle on the ground and the blocks above are then automatically filled (if you have enough materals). 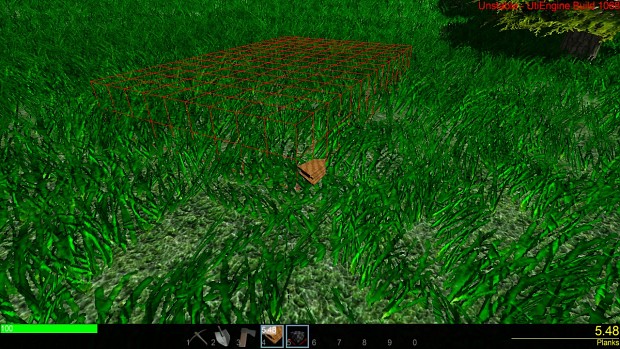 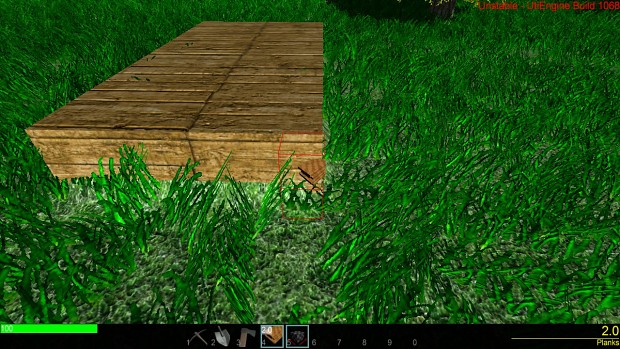 In the last release we introduced a new feature called building blocks. In this update we added over 200 new shapes! We added pipes, cylinders, quarter cylinders, arches, thin walls, plates, …

We also improved the placing algorithm: 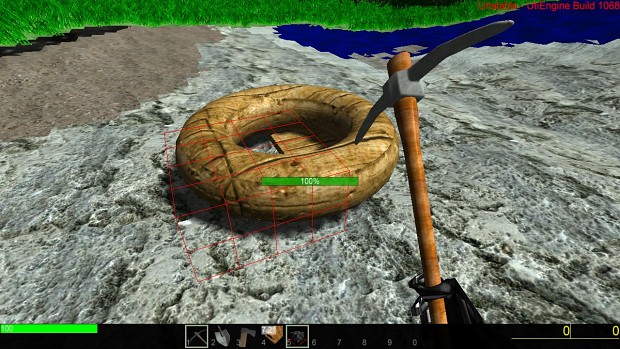 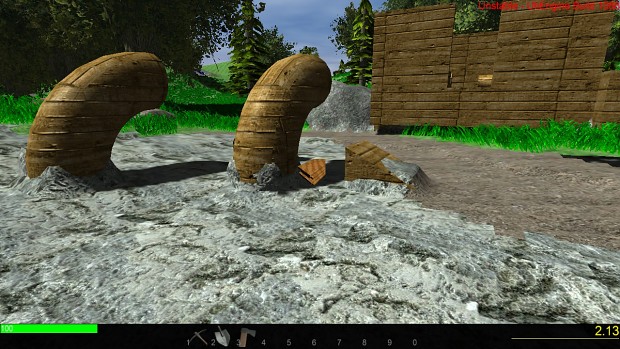 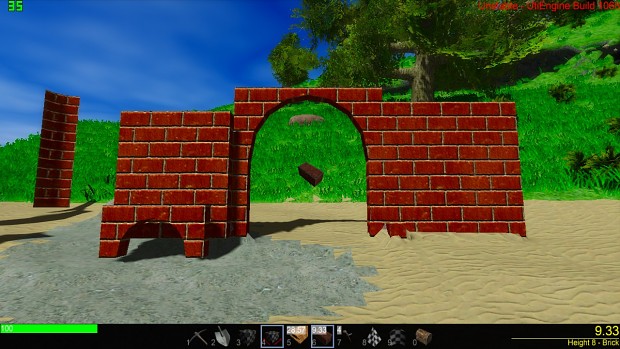 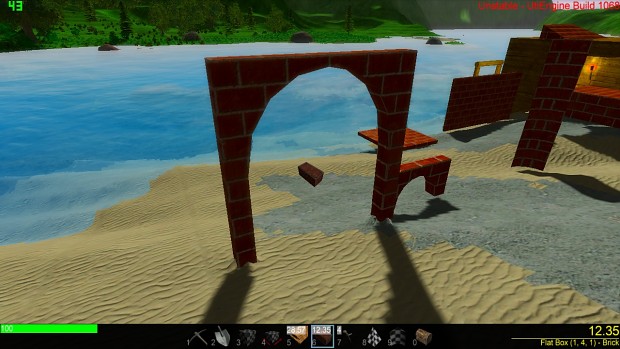 First of all: this will be the last fish we will add to our game. In upcoming versions we will add land animals. Anyway we added a gold fish. If you want to see him you will need to create a new map. 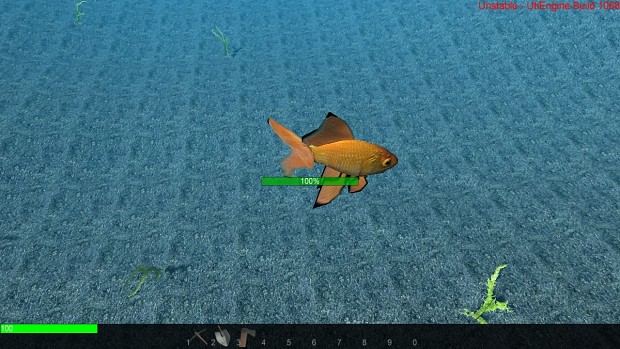 As we want to add NPC's we again improved our animation system and fixed bugs. We loaded a human model with over 200 bones and it worked. The animations which were used where created by motion capturing.

In the last unstable release was a bug which prevented the correct loading of save games. This has been resolved.

And the lamp entity does now work with electric wires! In fact after I corrected the bug I asked myself how this could have ever worked. Strange!

The multiplayer support is also improving. The complete gui has been redesigned to work over a network. And as a first test we will add split screen multiplayer. In this version it does not work very well as we do not have implemented the support for multiple keyboards and mouses. If you want to test it do not forget to disable HDR. The support will be better in upcoming versions.

And the „Server“ does now support an unlimited number of players. Every player needs to have a unique number. This will allow you to logoff and logon to a server without losing your inventory.

In upcoming version we will add true multiplayer. 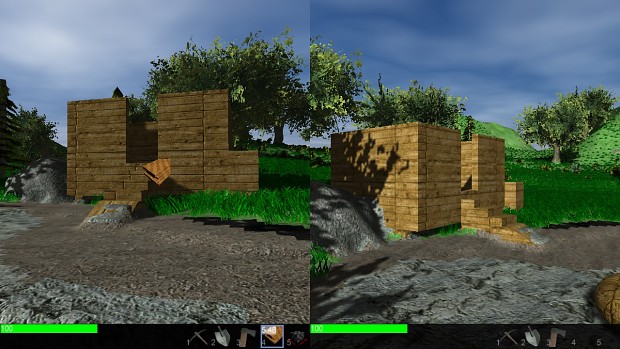 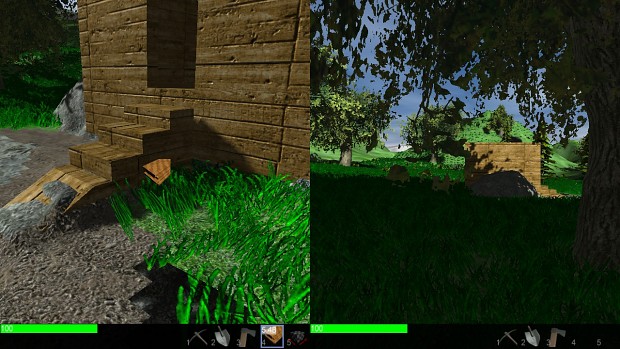 The importer can now import normal maps, multiple models at once, detect multiple textures, compress textures, change the skeleton of a mesh and even create in-game entities (see cloth system)

How to create the NPC's for our game? This was the big question in the last months. Luckily Adobe bought mixamo, an online service for the creation of human models. It is free now for a limited time. We used this opportunity and created a lot of characters and applied animations to them. Here are some examples: 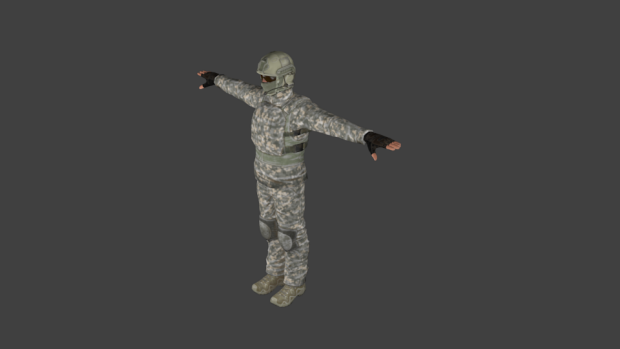 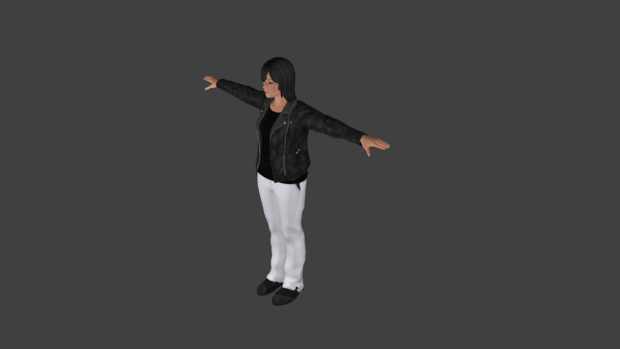 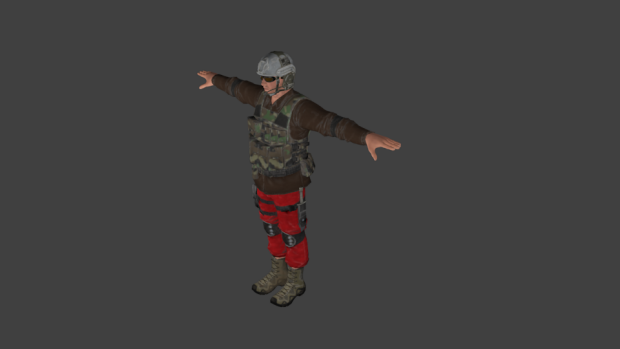 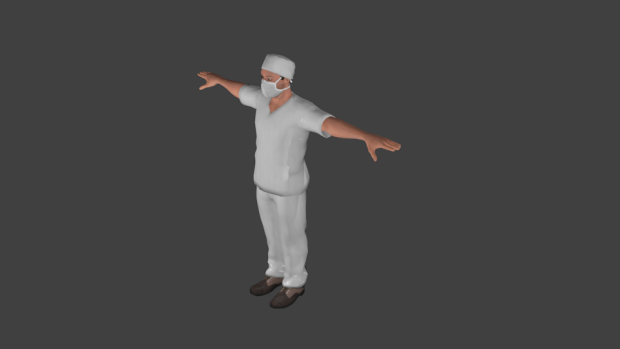 We also started with the creation of a clothing system for our NPC's. You will be able to equip cloths in upcoming versions.

To create cities we need models of houses. So we used an 3D editor to create some models and converted them to voxels. This does not looked very good. And as we added support for building blocks the conversion process was not very easy. So we screw this system away and updated our game so that we can create models in the game. This is why we added the rectangle tool. These models can then be exported to a highly compressed format, so that they can be used in the world generator.

So that's it for today. I hope you like the improvements. Have fun!

nice, keep up the good work!

These models can then be exported to a highly compressed format, so that they can be used in the world generator.

Wow wow wow i see a way to do it faster, do a copetition betwen those great architect this kind of games alway attract in their fan base, soo they can get their buildings inside the game generation engine AND you can get several new models for ALMOST NOTHING (because i know you might lose some time Pulyshing them) everyone wins!

That is a good idea!