New stairs shapes, the first new animal, changed the player start, fixed a lot of bugs in the animation system

Happy New Year (I know it's a little bit late, but the new animal did not work correctly so I could not post the news).

In the new update (which should come out today, depending on the upload speed of our internet connection).

Ok here is a photo of the new stairs shape: 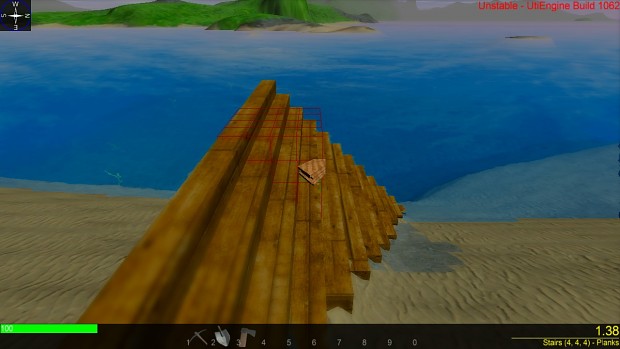 And we also created a nice little video:

To the fish: This is the first animal which uses our new game AI. If you go to near to the fish it's stress level will increase and it will change into the panic behaviour. This means that it will swim very fast around which will make it difficult to hunt. Then if the fish is swimming to long it will change to the eat behaviour. In this case this means that it will swim to the ground.

A gold fish is also planned. And we have been busy with a bird:

And we imported nearly all new animal meshes into our game. Only the wolf and the bear still make problems. On the world generation part we implemented an A* search algorithm which will allow use to create streets between settlements.

awesome!... yet i ask myself im goingto be able to test it since i dont have any money XD