In this blog, I talk about my attempt on improving emotional attachment to the characters and enemies, and how important it is to get this across on the first level. This includes putting some duct tape over Armillo's mouth.

Posted by knightSquared on Dec 2nd, 2012

Lately, I've been thinking about figuring out a good way of improving emotional connection with the characters in our game. Emotional connection is just a small part of the equation on how to keep players interested to keep playing the game. Even though it's not the only motivator, it's still an important one. (I personally would say the biggest motivator would be good gameplay)

So I'll start out with Armillo himself. Now, I'm taking cues from one of my favorite gaming companies - Nintendo. When I analyze some of their popular characters, I notice one thing that stands out a lot - many of their successful characters are mostly mute. Mute as in they have very little to say, or have nothing to say at all.

Now making your character mute has one big advantage - it creates somewhat of a fill-in-the-blank character. It means that you can attach a multitude of different personalities to the character, and because of this flexibility, the player can relate more to the character they are playing.
Character emotions can still be attached through other means such as facial reactions, grunts, emotional thought bubbles, body gestures, etc. But attaching words to a character's mouth gives it a much more specific personality.

The other big advantage of making the main character mute is that I really suck as a writer. I can't seem to write good dialogs. So keeping it mute means seeing less of my craptacular writing.

So now I'm getting out the duct tape and covering Armillo's mouth: 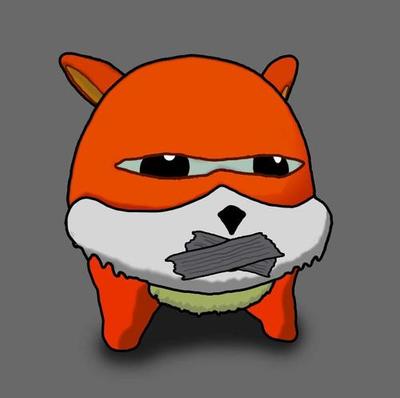 Uh Oh! That's going to hurt when it's time for it to come off.

And just to clarify, I have no problems with games with the main character talking. Especially those games that tends to focus a lot more on story, and realism. Just that I feel that a mute character probably works better for Armillo.

Right now if you play the latest demo, Armillo does have a voice. But I find that his voice (with my craptacular dialog writing) tends to make the game feel a lot younger as he has a pretty naive personality and awkward curiosity. It just creates a disconnected rift between the player and the character if what the character is saying cannot be agreed with the player.

So now that I've decided not to give Armillo a voice, then who will talk? Basically any NPC (Non-playable characters) will do the talking. In Armillo's case, it will be his friends, the critters, as well as his enemies.

So now what about improving negative emotions towards the enemies?

Well, my goal is to make you hate this guy: 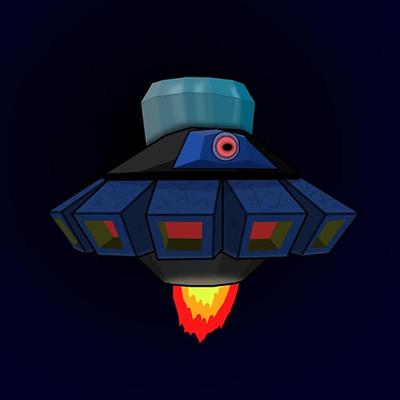 Go ahead. Hate him! Throw rocks at him or something!

But then again .. why hate him when he hasn't done anything to you? He doesn't even look that sinister.

So I needed to work on a reason to hate him. Now he's going to appear on the first level, and you'll encounter him a number of times:

First encounter, you'll notice that he's responsible for putting your friends into cages. He'll taunt your friends, then fly off promising to come back soon. You won't hate him here unless you somehow really like your friends.

Next encounter, he's pissed at you for freeing your friends. He tries to squash you into a pancake by stomping at you as you escape.

And finally, he'll lure you straight into a trap and leave you for death.

Of course, if he's really evil, he needs some sort of sinister laugh. 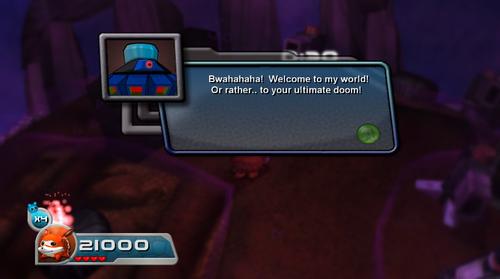 So all of this is also important to get communicated on the first level. When we took this game to PAX11, approximately 90% of the people who played the game only played the first level. So it's really the level that gives a lot of people that lasting impression of the game. A lot of people will also decide if they like or not like the game based on this level. So lately, a lot of work has been put in to making this level much better. Hope that this will show when we release our next demo!

Cool trivia that a lot of people probably already know: In the original Super Mario Bros, World 1-1 was the last level the developers designed. It's a pretty common practice nowadays to focus on the first level much later in the development cycle because by that time, you probably know the best features of the game that you would want to showcase in order to get that initial lasting impression to keep the player coming back for more.

Thanks! The design is mostly the work of an art director who helped us out at earlier on the project. It's like a cross of an armadillo with a rabbit including some fox features. But we just call him a space armadillo.