I'm taking a break from frantic level design, showing off some of the concept art that founded Tidal Fall.

I've got some neat concept-to-game pics for you this week (weeks? Not sure how long it was since last dev blog [:S]). 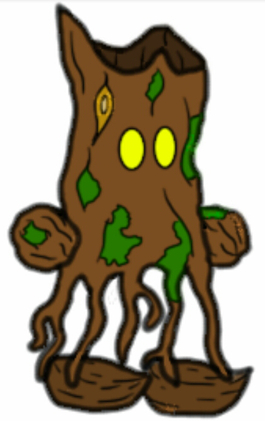 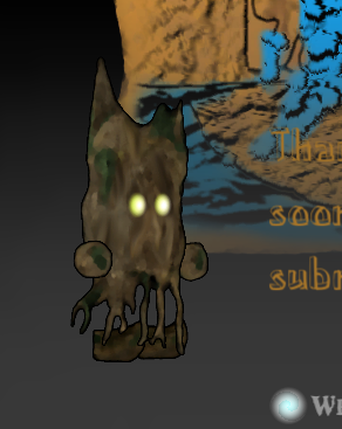 First up is Mother Nature, the last surviving Forest Elemental (Not counting the Leaflings). She's older than Chief Tenemor himself, and knows many secrets about Tengy island. 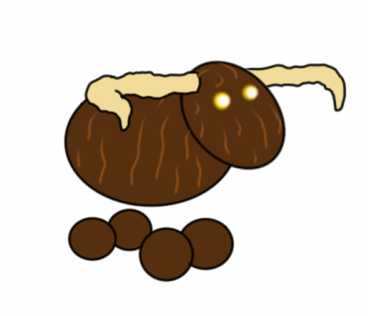 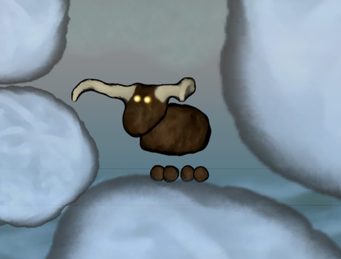 Next is the Yasks. They're basically small cows who have adapted to subzero climates, making them the perfect livestock for the Shufflers to farm. Unfortunately for both the Yasks and their herders, they have a habit of falling off icebergs and into the freezing cold sea. 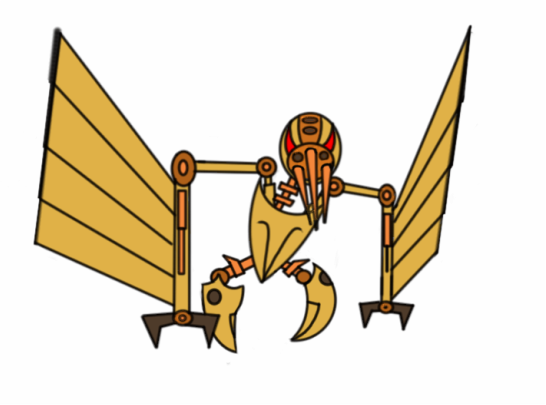 Now, I haven't actually embarked upon the complicated process of modelling these guys yet, but I did make this preliminary sketch to get a basic idea. This is a Kataka, the mechanical scientists (and former Air Elementals) who live on a load of interconnected floating laboratories above the ice floes of Jåtiiko. I probably don't have to point out that they're by no means the friendliest creatures on Tengy. 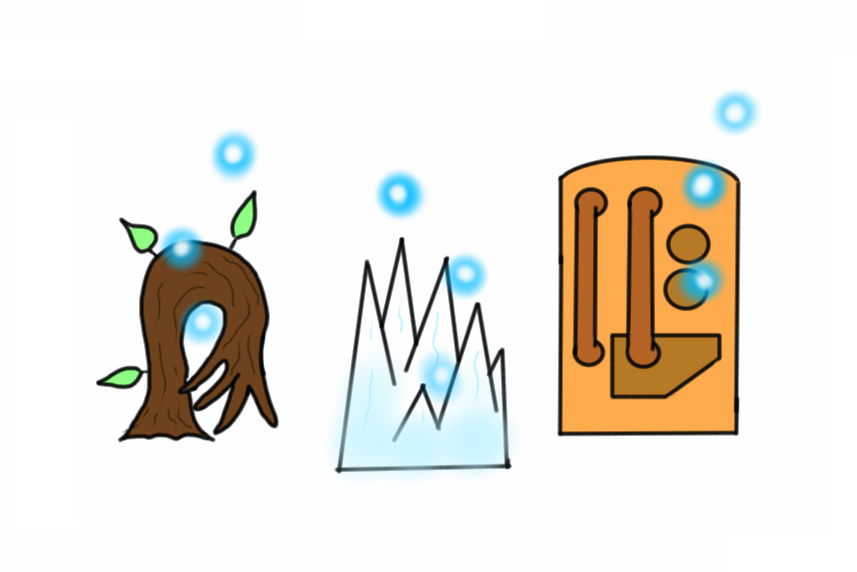 And finally, I'm thinking of adding a few variant Teleportation Totems into the game. The above would be found respectively in Opomu forest, Jåtiiko ice plains, and Kotako.

I'm actually quite enjoying the look of the concept art. Maybe I could use such a style in a future game, if I polish it up a little? It would save having to use pixel art again (which, for some reason, players seem to dislike [:(] ).

What do you guys think? Neat, minimalistic style? Or too cartoony?