Playing games is awesome, but what is even better is to share that with someone else! Today in our Design Table, we will explore something older than dinosaur dirt; cooperative games! 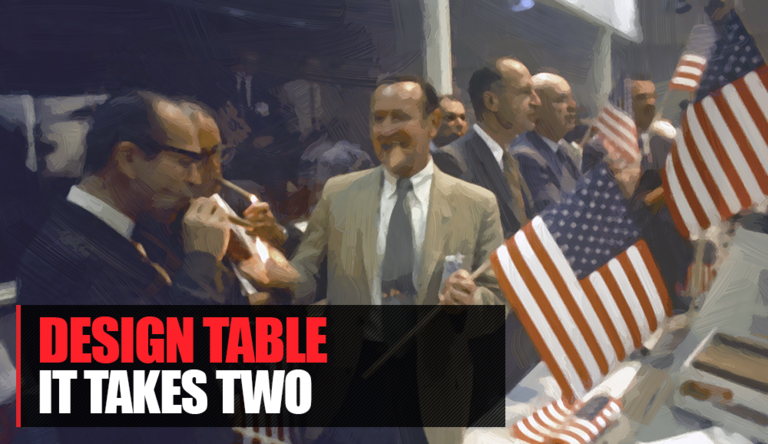 The euphoric joy of a successful coordinated boss takedown echoing over the chats, or the completion of a dungeon or a triumphant arena play. Cooperating and succeeding as a team is rewarding indeed. The loot or the increase in rank just adds a bonus to the forging of social bonds. Co-op in many people’s eyes is therefore the ultimate form of gameplay.

There are those in the business that would argue that a great co-op game is in the mechanics but cooperation is for me all about communication. The better tools I provide with my design for the players to cooperate, the more they will get out of the experience.

What about the trolls you might ask? Ask yourself what kind of players you want for your game and design accordingly! Are they going to be friends playing or are they strangers? Remember that for games where strangers have to cooperate, you need to design some form of an ice-breaker. You might not noticed but in some games where strangers play with one another, player trolling has evolved as a social form of an ice-breaker.

Accept that designing cooperation means different game genres have more or less accepted norms and as a designer, you have to consider this. If we generalize, currently FPS games will have a definitive “rougher” voice chat community than say a cooperative RPG or perhaps an MMO. Is this something you want for your game and does it benefit your design?

Another things to keep in mind is Synergy vs Antergy. Synergy is achieved when combining forces makes greater productivity with the entire team being greater than the sum of its parts. Having a tank, a healer and a DPS makes a great team with each fulfilling a niche role in essence making 1+1+1= 4. Antergy has the opposite effect. With an antergy design, each additional team member will be a drag on the entire team essentially making 1+1+1 = 2.

If synergy is great for role specific gameplay and for expanding the number of players in a cooperative team, antergy is good for getting teams to a team size you designed for and balancing out the cooperative play to be competitive. You will punish the players slightly for bringing on more people than they should have or for stacking only a certain specialist role, yet without at the same time excluding anyone with a hard limit.

This summarizes this week’s Design Table. Next week, our topic will be about Quality Assurance. If you would like to send in a question or write us feedback on today’s session, you can either do it via Twitter, Facebook or email and will try to make them part of the next series!