An example of a technical problem we encountered during development and what we did to correct it.

I thought I would use this update to talk a little about some of the creative decisions we've made during the game's production. One such decision we had to make was in what direction we wanted to take the gameplay. 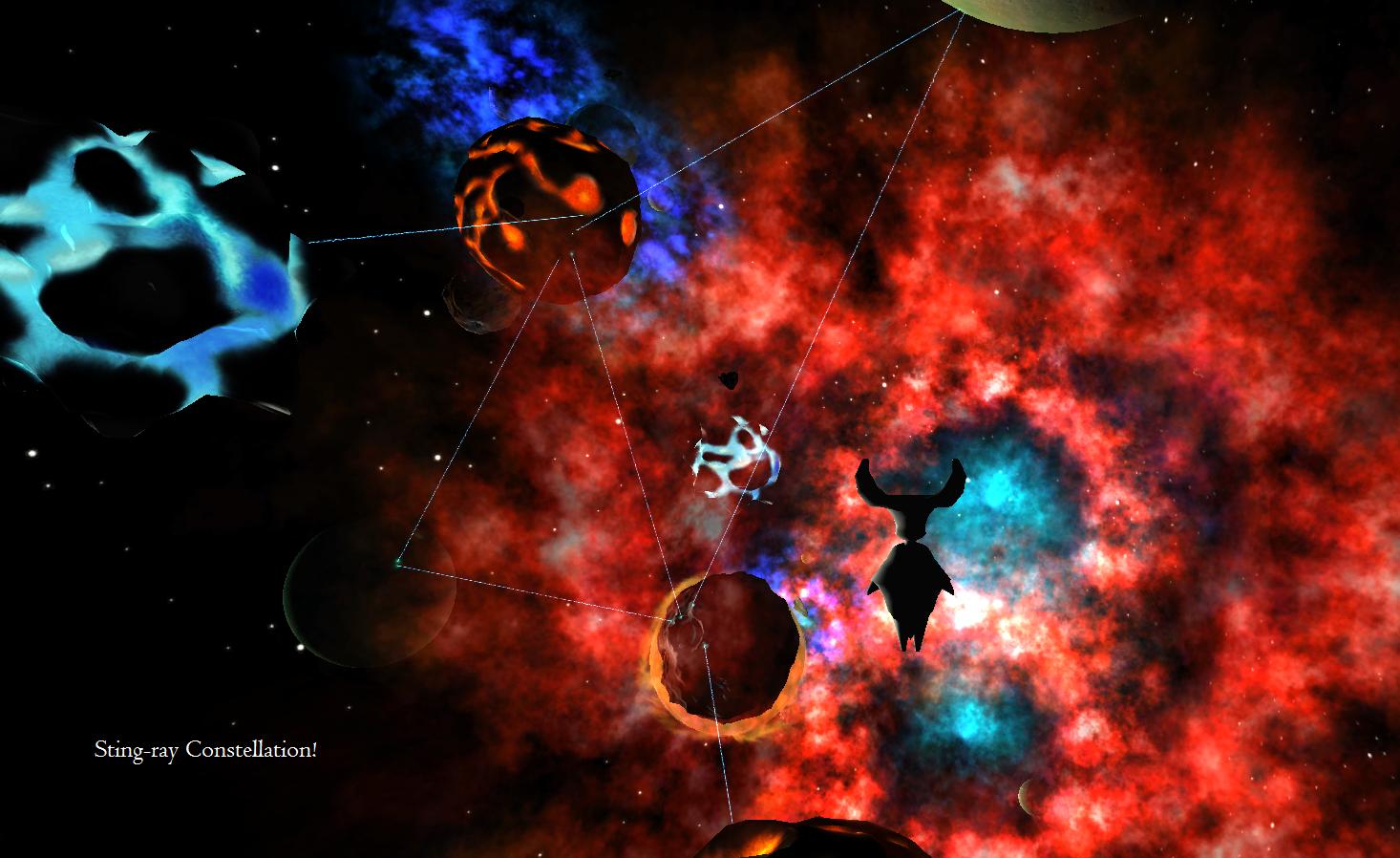 Screenshot from an early build were you could link together any planet.

We noticed that the gameplay in Saganista could be used in a sort of creativity-sandboxy way. In early versions of the game players could draw lines between any planets and any stars. They could also draw lines on the planets' surfaces. This mechanic was highly appreciated and a lot of players thought it was fun to draw different shapes and connect the planets in any way they wanted. 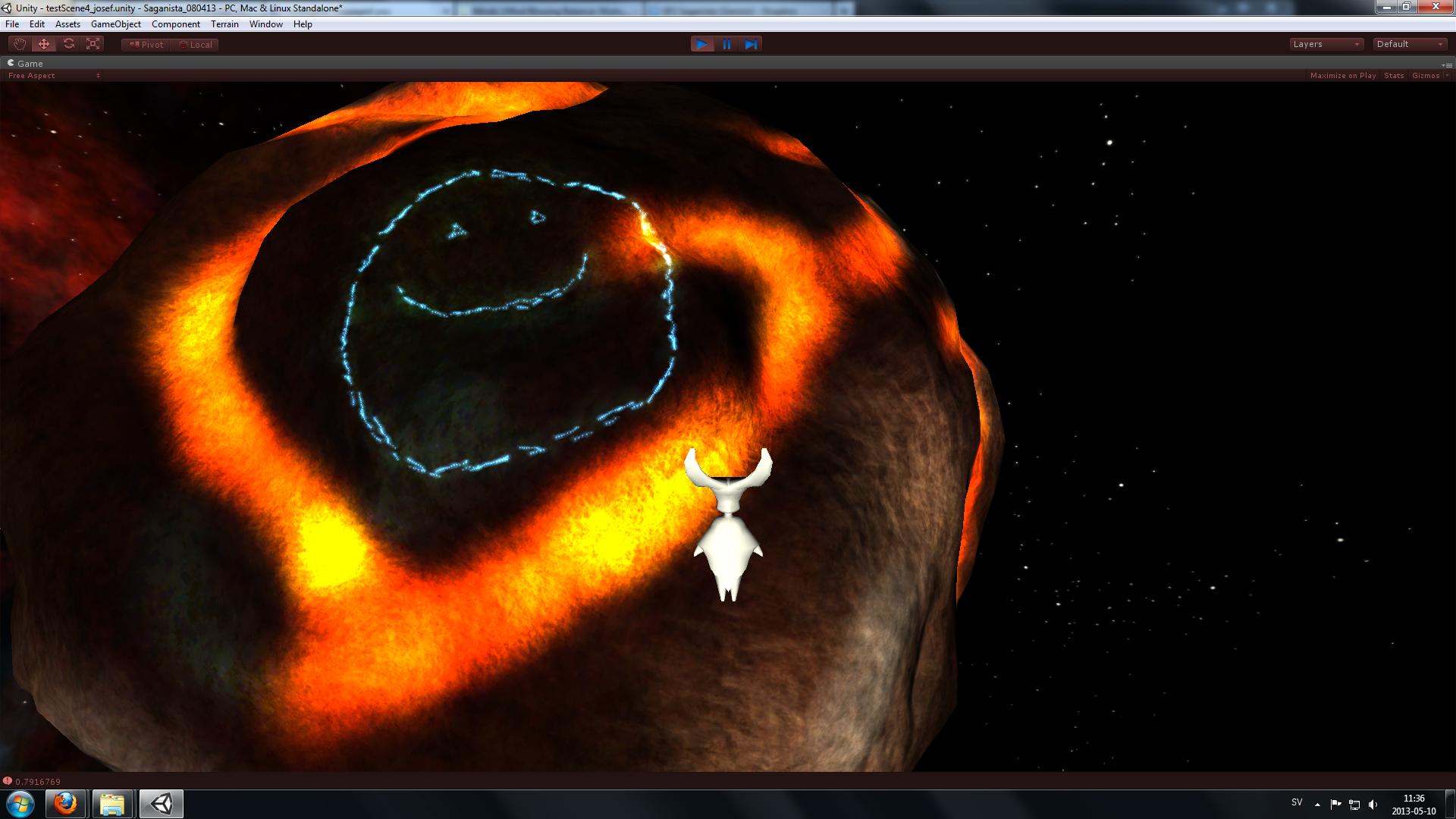 An example of a shape drawn on a planet.

However, this also led to a huge frame-rate loss due to the number of draw-calls required to render all the connecting lines and updating them as the planets moved around the suns. We tried different solutions to this problem, (solutions which the programmers could explain better than I could) but we didn't find any way to make it work without suffering huge frame-rate losses. We also felt that we had strayed from the original point of the game, which was to immerse the player in space and convey that same sense of wonder you get when you're stargazing. To be passive instead of active and just take in the beauty and wonder of space.

In the end we made it so the player is only able to link stars together since they don't orbit around anything. We also limited the amount of connecting lines a player could have, so as to not reduce the game's frame-rate. Our solution was to have altars where the player would pick up energy to be able to put down the lines connecting stars. By doing this we also gave the player a reason to go to different planets and experience the dynamic music.

We want to add more exploration enticing mechanics such as hidden collectibles that could change the characters texture, or altars that have some sort of story on them, or even small populations of plants and animals. Since we probably don't have enough time for those things, we are focusing on making the flying experience and relative look and feel of the game and pleasing as possible.
If it were possible, I think that a combination of creativity and exploration is by far one of the best for Saganista. The lack of defining puzzle mechanics makes exploration and something creative feel even more entertaining, and it even fits better in the style of the game. Along with a relaxing soundtrack, a large playing field, and pretty scenery, having something creative could solve the issue of exploration, although it does not solve the issue with low frame-rate and a natural feeling space setting.