Today we want to share some of the workflow that goes into our boss design and how we transfer that to the game. Also we will be holding a "Design a Boss" contest and the winners boss will be featured in the game!

Today marks the first day of our "Design a Boss" contest! And to kickstart your inner designer we will share some of the steps we go through on designing our bosses. We will look at every entry and best 5 will be given our steam key once we hit the early access stage of our game and the winners design will be made into an actual boss!

You have until 4th of April to send in your applications!

An updated demo has been launched fixing and balancing some issues on the earlier demo release:

For you that haven't done it yet, please go and give us your vote here:

And now to take a look at our design process. I will be quoting our GDD (Game Design Document) on this to give you examples.

We usually start with a really vague idea, what kind of monster it is, where it is, why is it there and so on. From that we start fleshing it out, for example our upcoming boss called "Bermuda Devil" started off as a floating something in middle of Bermuda triangle.

"A hovering monster that moves around the arena and manipulates weather."

That was our original idea, and we started fleshing it out from there. We came up with a few different attack patterns:

"Slashes at the player with a cleaving attack when on melee range. Strikes lightning, targeting the ground near the player. The lightning splits into sparks that shoot out in random directions. Occasionally sharp hail rains on the arena that slowly changes direction. Takes out pieces of the arena and flings them towards the player, leaving a hole in the arena. The taken out piece then respawns after a while. If the Devil takes heavy damage in a quick burst, it creates a barrier around itself that the player must take apart before being able to attack the Devil directly. The barrier is built of individual parts and pieces that circle the Devil."

It turned out to be a mutated sea slug and so our concept artist got to work, making these:

From these concepts we picked our favorite and started working on the more detailed concept art on the boss, ending up with this: 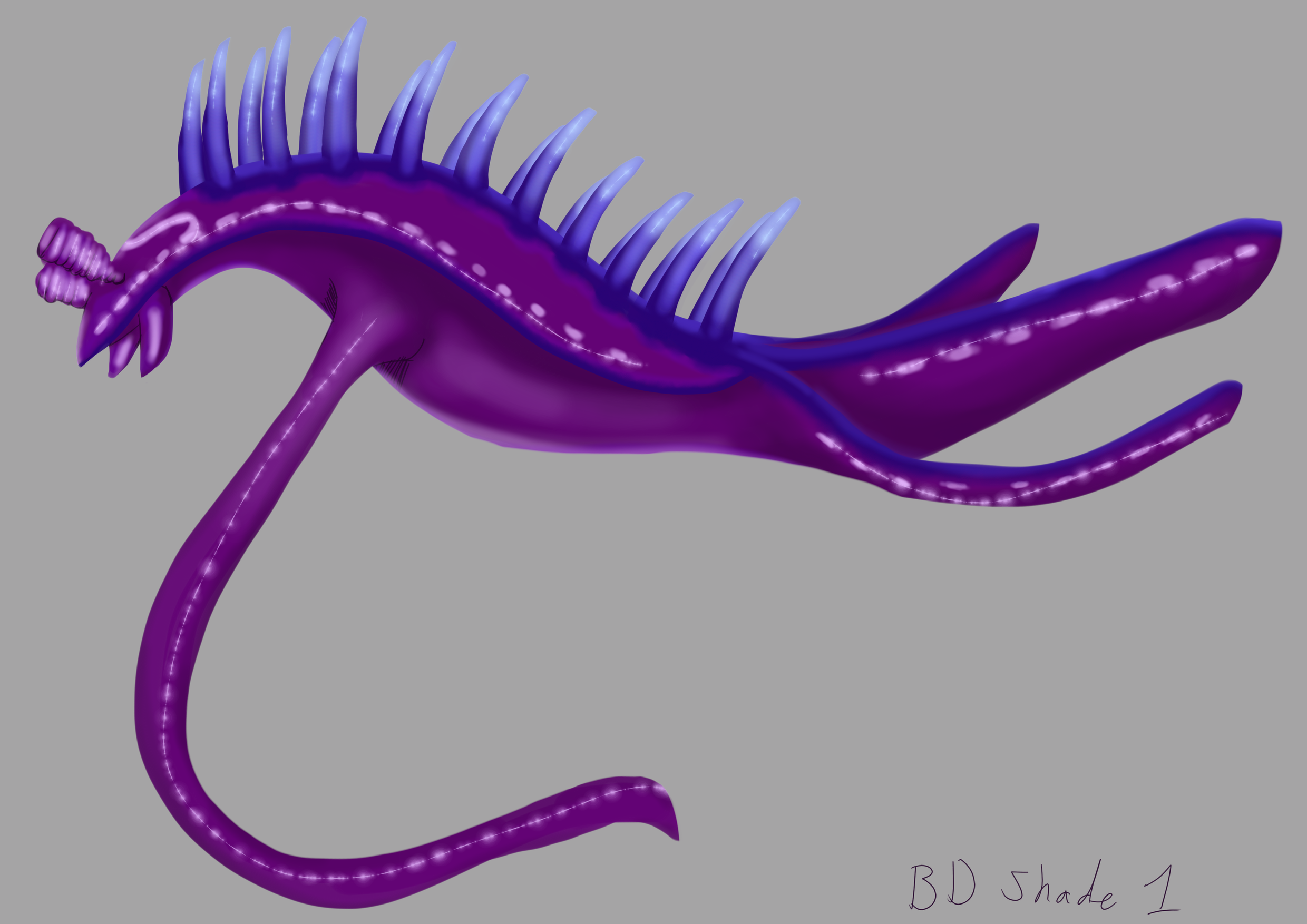 And from there our 3D artist got to work and made a high poly version of the boss. 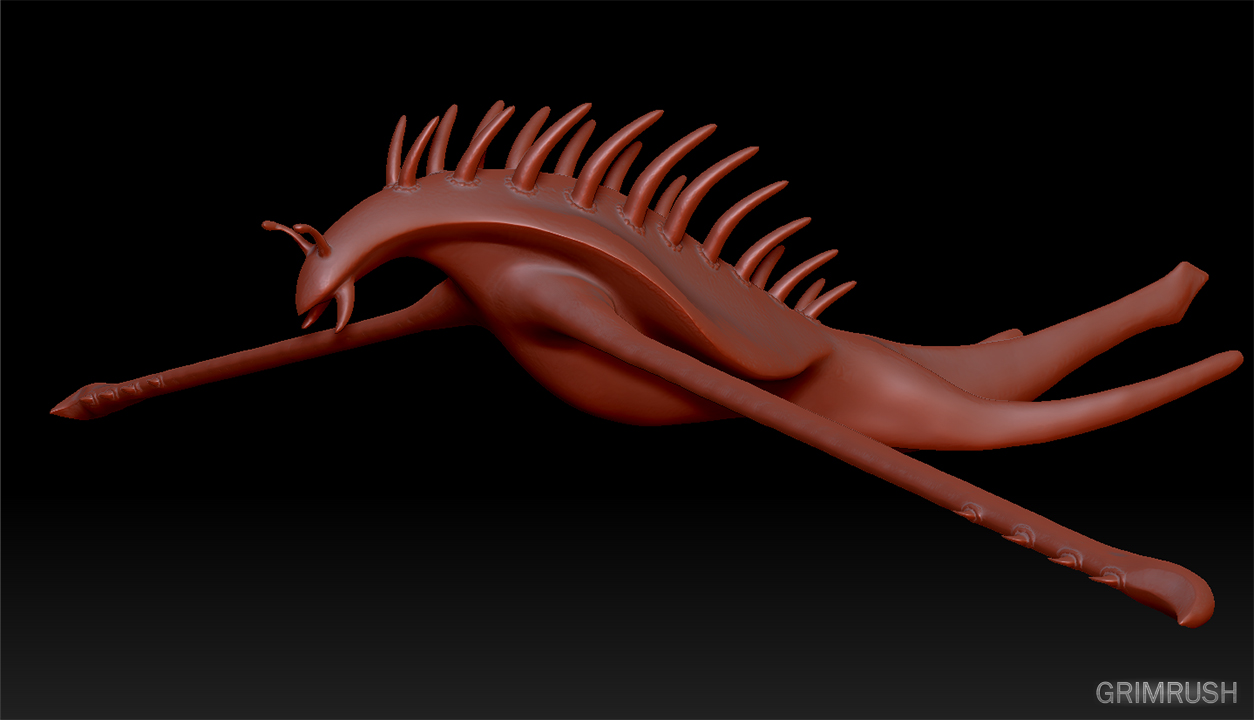 The next step was to turn that high poly model to a low poly version to make it more suitable for our game. 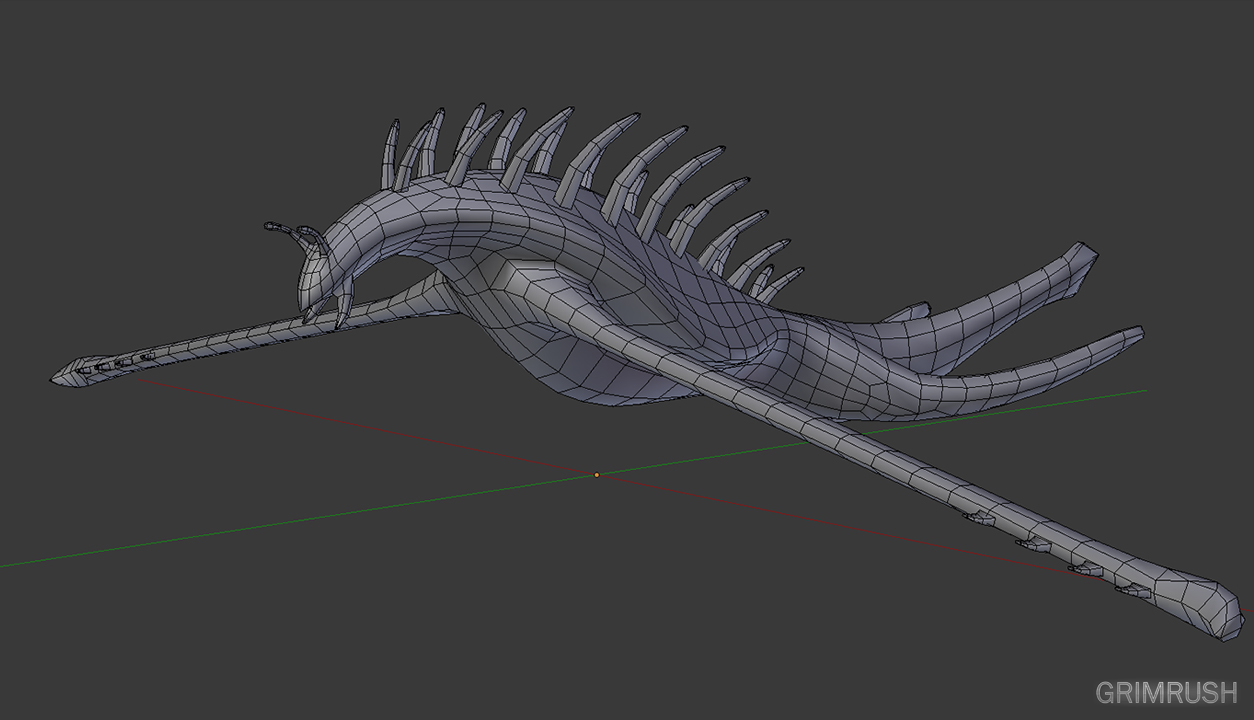 And then the boss needed some color and here is the end result of the boss known as Bermuda Devil. 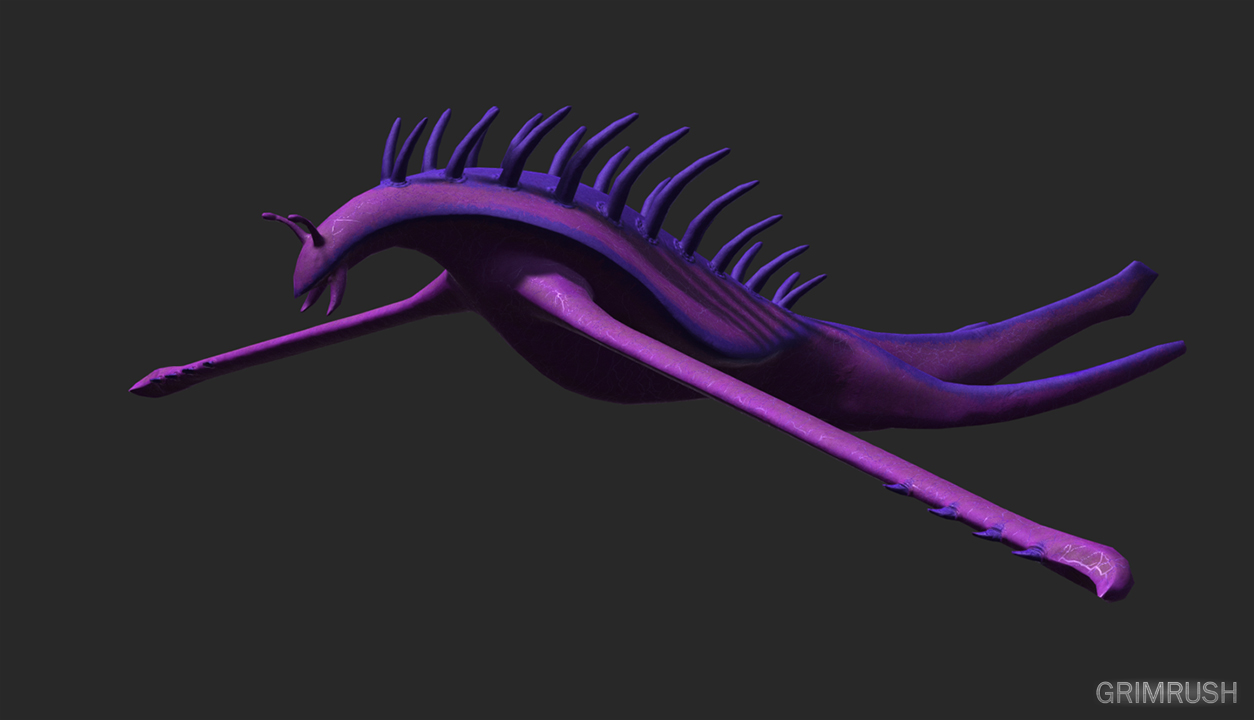