As I mentioned last month about progress on the new car park well that is nearly finished now except for general polish and refinement needed.

I have placed laser beams around the night level map and they work nicely because a player can view the beams from a large distance while driving at night time.

Now it’s a case of adding individual branding to each station:

I'm adding this detail because I want to make each station unique and have a sense of history. 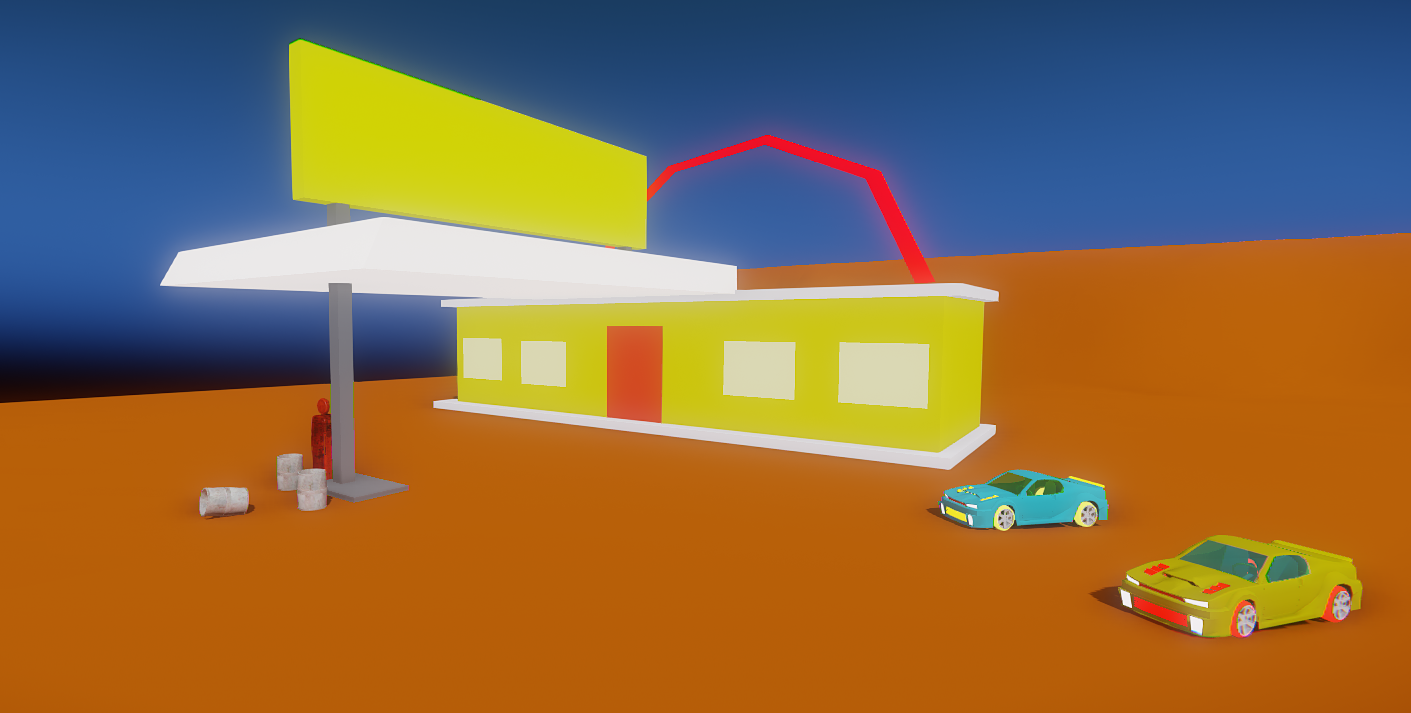 Creating and adding new signs to the game which are an important aspects of the game. Over the last month I have created around 10 new signs for the game. I have showed some of the signs below which are textured and almost finished.

Well, that’s all I have for this month. Tune in next month for more development updates.

Love the colours in this