Demon House is now available on Xbox Live Indie Games for the introductory price of 80MSP.

Posted by PhotonicGames on Nov 9th, 2012

Demon House is now available for the Xbox! Please click on the image above to go to the Xbox marketplace. 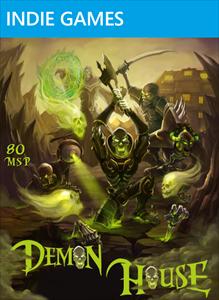 Demon House is an intense first person shooter set in a steam-punk universe. An evil alchemist has discovered how to imbue steam powered machines with the souls of the dead. Using this power he is creating an invincible army to unleash upon the world.

Armed with weapons utilizing a newly-discovered anti-spectral energy, you must delve deep into his dark abode to challenge the forces within.

Demon House includes a local coop arena mode. Battle endless hordes of enemies with a friend! See how long you can last against increasingly numerous and powerful enemies. 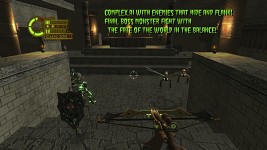 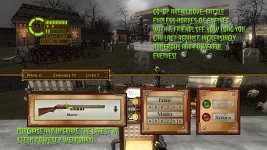 This couldn't be a bigger middle-finger to PC gamers.

Why? It's available for PC on IndieCity Store.indiecity.com

Then I happily retract my statement, but in the future - don't advertise products for XBOX 360 Marketplace on MODDB.com (a PC Gaming modding website) section. Do it in the IndieDB.com A lot of touchy PC gamers here, myself included.

It's both on Mod DB and Indie DB: Bit.ly Bit.ly

Mod DB and Indie DB are not yet officially separated, so content that is shown on IndieDB is usually shown on ModDB as well.

I think you need to look at how the website works before you throw around comments telling small indie dev teams what to do when it's still an indie title whatever the platform it's released on (therefore it's posted on IndieDB), are you going to post the same thing on Minecraft's page? As the other comment says, IndieDB and ModDB are not separated, any posts made on one site is reflected on the other. Indie dev is about many things, such a encouraging creativity and the expression of great ideas independently, just because it's not on the platform you like does not mean that the advertisement of the game is wrong. Touchy or not, try to be a little more open to encouraging the small (often unpaid) teams that are trying to get a few people to purchase the game that they've worked tirelessly on. Rant over :)

The game is released for XBox360. It is still in beta for PC, although that should not be for much longer. It will be available on Indiecity and Indievania. The Indiecity version will support leaderboards for the arena mode.

Once I update both to the released version I plan on doing a PC announcement.

Do you plan a Desura PC release? Desura supports alphas/betas of games: Indiedb.com