DEMoCap 0.1 Pre-Release is out allowing to do VR Motion Capture for your Game Projects. 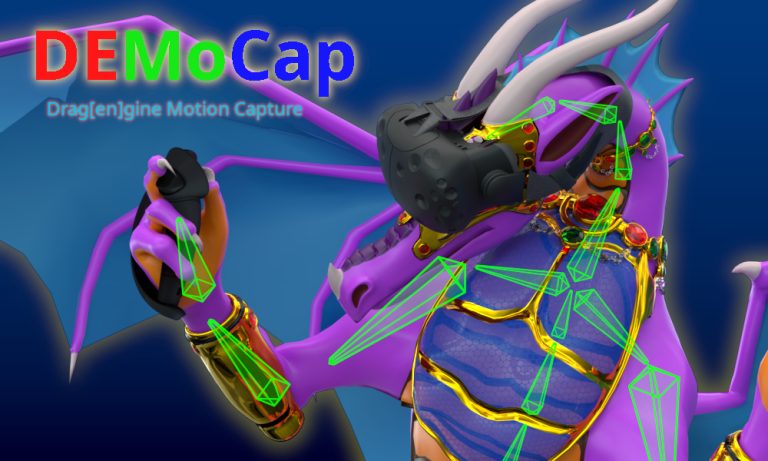 DEMoCap allows to do Motion Capture using VR equipment. There are various advantages to this technique compared to other MoCap techniques:

DEMoCap uses the original armature without modification. The captured animation is directly usable.

In short DEMoCap accelerates the animation production allowing for higher quality animations to be done in less time.

For documentation and tutorials see the Wiki

This is a Pre-Release version. It is usable for game development but only some features are yet implemented and bugs might be still present.

For issues and feedback please go to the GitHub Page, Discord or the Forum.

I've created this tool to improve animation work for the Epsylon project. This (and Steam stubbornly blocking a project page) causes a delay for the public demo but in the long run makes up for it by increasing animation production speed while improving animation quality. From now on its back to full speed on the public demo.