The early demo version of System Control is available now.

After a great deal of effort, the demo of System Control is now playable, and can be found at www.froggworkstudio.com.. Below is a handy guide that aims to get rid of any initial confusion at the analog controls.

The game can be broken down into four major mechanics. These are: 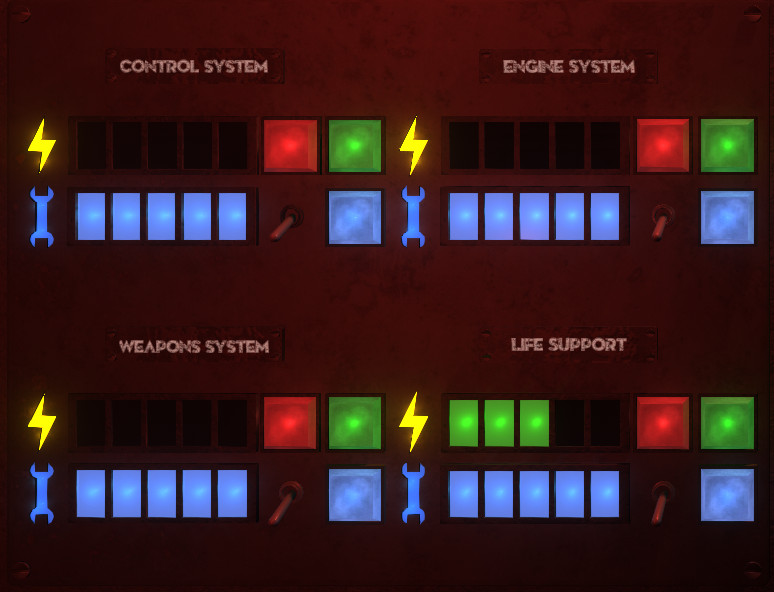 From the panel shown above you can add or remove power to each of your four subsystems. Each of these subsystems has different bonuses depending on how much power you have added to. Higher power in the control system increases your dodge rating, and in the engine system it increases your vessel's speed. Increasing the weapon system power means access to higher tier weapons, as well as a higher weapon charge rate. The life support system requires at least three power to maintain pressure and oxygen control.

When a system takes damage, it will indicated by a red led display. You can add the system to the repair queue by flipping up the switch next to the blue bar, which indicates its current integrity status. Your mechanic will move to the first system in the repair queue and begin repairs immediately. 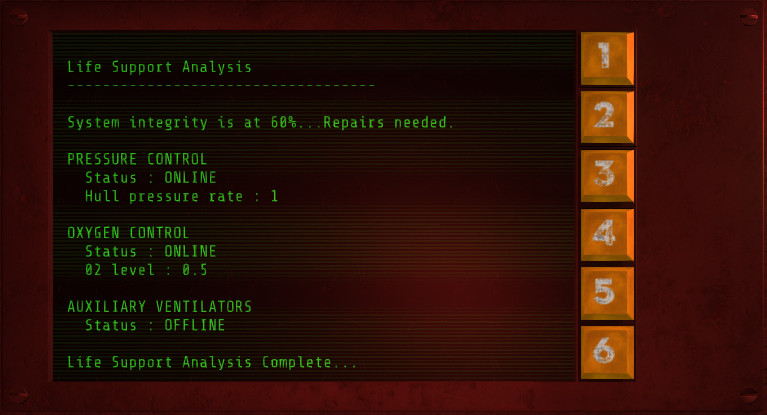 The info monitor is used to gather information about a particular subsystem. The buttons are mapped as follows:

In order to effectively manage your submarine, you must use this monitor frequently. For example, if your Light Torpedoes are not firing, press the '3' button to see how much ammo you have left. 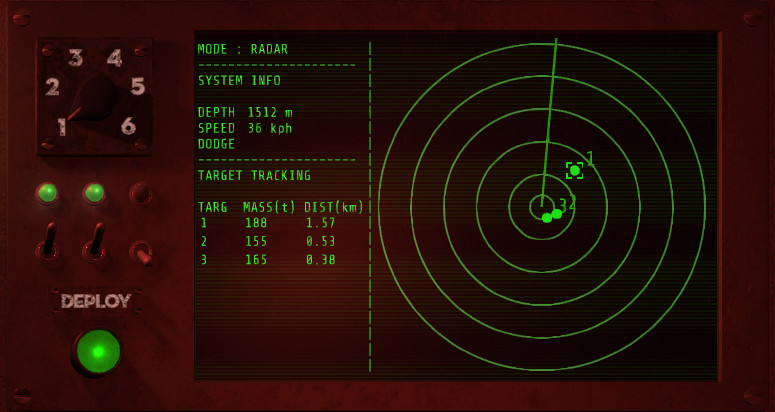 Combat is performed using the combat monitor. From here you can use the target dial to select a target. The switches represent the three weapons that you have on board. From left to right they are: Light Torpedo, Heavy Torpedo, Micro Nuclear Warhead. This information can also be retrieved using the info monitor mentioned previously. Once you have flipped up a weapon switch it will begin charging. Once all selected weapons have charged, you can press the 'deploy' button to release your payload. 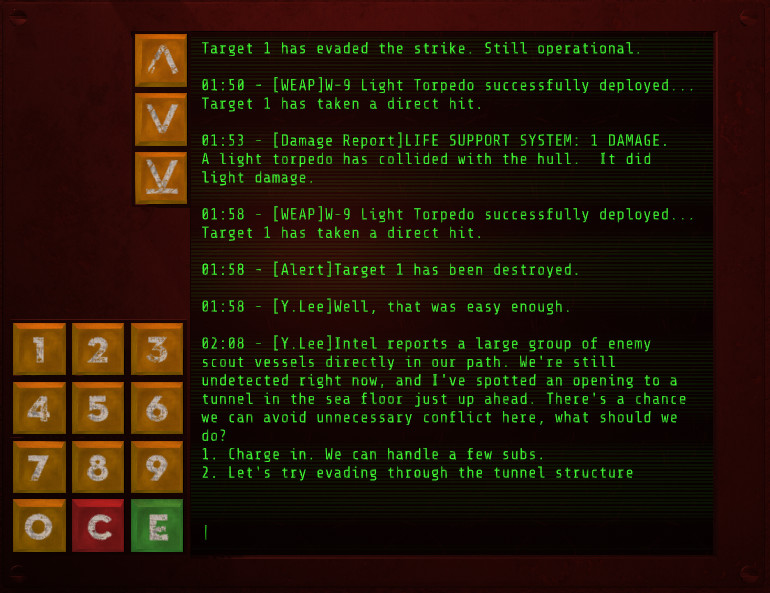 Occasionally you will come to a crossroads, and you must make a decision with your crew on how to respond. Be cautious, and trust in the advice of your team. How you decide to progress will have a significant impact on the outcome of your mission.

The best way to learn something is to do it yourself. System Control can be a bit confusing at first, but after you have played around with the controls for a while you will be sinking subs left and right. Try the demo now and see for yourself, and most importantly, have fun.