Dev Update - What will happen in Regiments in 2021 and beyond

Despite the rapid pace of development and the promises made, I will be moving the Regiments release date to 2022.
The key features are in place and playable, but the game needs to be polished further to ensure a high-quality release. While on-the-run development is a thing in modern times, I think it would be better for everyone involved to have a solid game right away.
And, as many of you have noticed, the last good release window in 2021 is almost closed, so 2022 remains the only reasonable option.

On the positive side, you won't have to spend Christmas and winter holidays without Regiments. In December, we will be running an open Playtest - you'll be able to try out the new Operations mode.

Operations add enough new mechanics to make it a very different experience to the skirmish. I'm interested in feedback on the pacing, balancing, and difficulty - things that are hard to get right without a lot of player input.

And some things I feel will be asked anyway:

Optimization requires a very thorough and meticulous approach. All the 'Dumb slow code' was quickly optimized away. Now it's about optimizing perfectly reasonable code that ends up too slow with hundreds of vehicles and infantry squads on the battlefield. Thankfully, the Jobs system and Burst compiler in Unity allow to gain massive - sometimes x10-x20 - performance improvements, if used right. But the "use right" part takes time and iterations, far more time than initially estimated.

Other than that, it's mostly "small things". Bug hunting, ironing out AI bad habits, ensuring the UI is intuitive and responsive.

Why the change of opinion on demos? No more demos were planned initially.

Operations chapters ended up conveniently demo-able, due to their length and structure. I was looking at the build I've made for internal testing and realized it's almost a ready-made demo.

Plus more reading/research on the topic of demos themselves. They're making a big comeback these days. Turns out, a lot of "demo hurts sales" articles were based on a 2013 AAA-related research that's hardly applicable now. 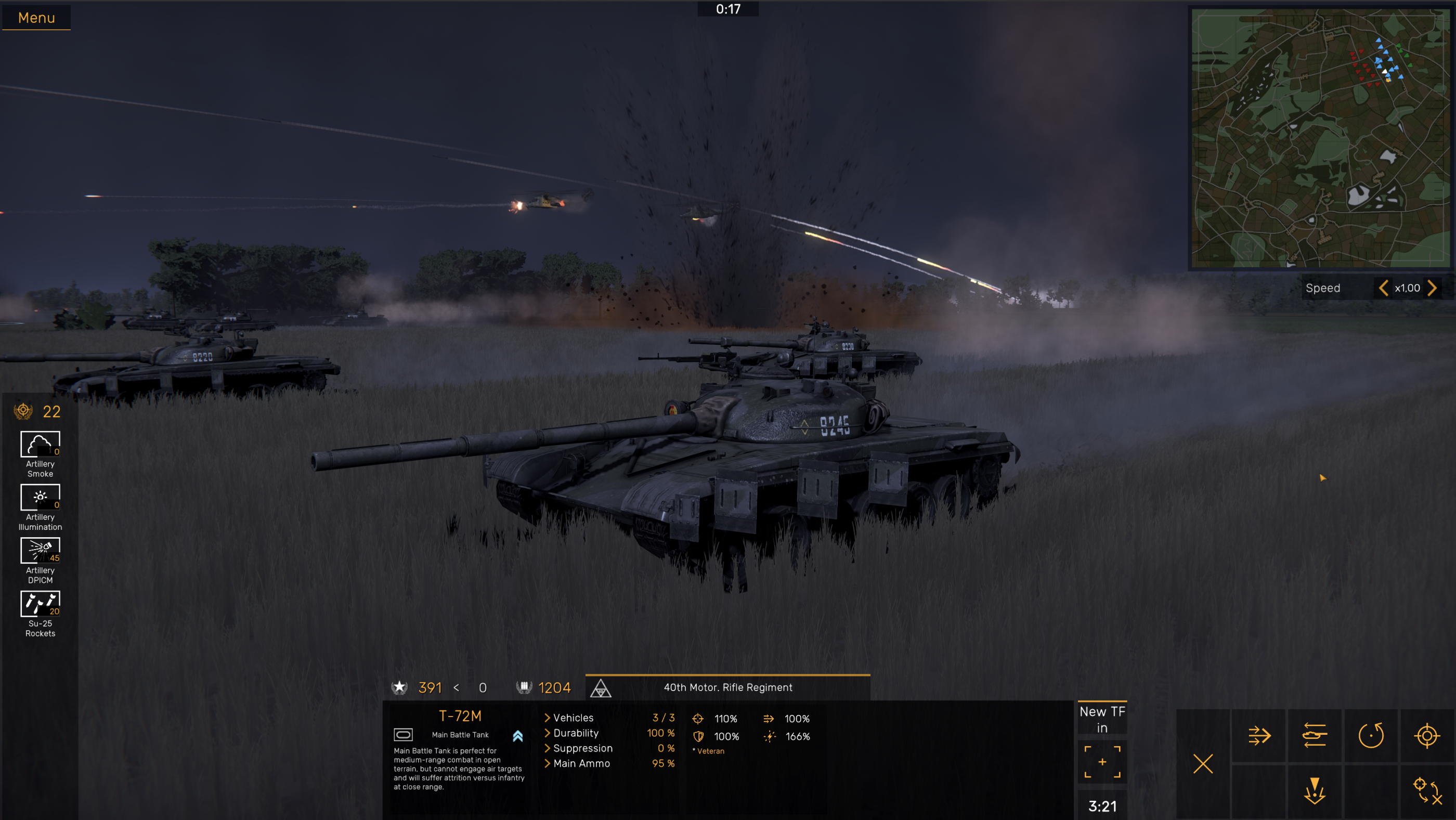