Dehrgada is a RPG in development currently for the Mac and PC platform via the Unity engine. Before we begin, let's go over the feature set that we will be bringing to the table...

Dehrgada is a RPG in development currently for the Mac and PC platform via the Unity engine. Before we begin, let's go over the feature set that we will be bringing to the table: 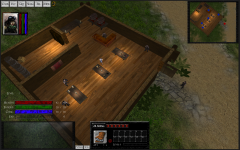 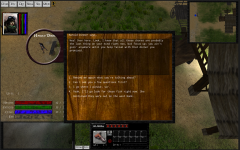 Currently the game is in the pre-core stage; we're building our team to tackle this project, while making as much progress as possible with the talent we currently posses. Unfortunately, most of the team is part-time and we lack an accredited coder/3D modeler; as such, we're building the current prototype around existing placeholder material and integrative systems, and making great progress.

So where do we go from here?

The next year is going to be exciting for Dehrgada, as the main interface, systems, mechanics and groups are implemented and tested extensively. As we acquire more talent, we will begin fleshing out the game world and preparing the environment for the "finishing touches" that will be needed for our production demo (tentatively planned for Jan 1st, 2014). Once the production demo is up, we will start our PR push and begin our crowd funding campaign to begin the multi-year development of the content passed the prologue.

During this time we'll be conversing heavily with any testers that wish to help us develop this game in terms of combat, balance, and overall immersiveness. Keep your eyes here and on Dehrgada.com for updates, discussions and mechanic introductions!

Hey I would really like to be a tester for this game, it looks really good right now, and I'd like to help out, message me or email me @ imkrimzen@gmail.com
Cheers

If you're still looking for testers, I'm available. Though you'll probably get a flood of people saying the same thing. Send me a PM if you want me as a tester.