The new 1.19 update is now available to all Dealer's Life players!

Posted by abyteentertainment on Jul 11th, 2019

Here are the release notes:

The first one is a major update of the Unity engine (the engine we use to make the game), which is upgraded from Unity 2018.2 to Unity 2019.1.
During this process, we decided to update many plugins we use to manage various side services such as leaderboards, database access and much more. All these upgrades essentially translate into more stability and better performances, bringing us the latest features and bug fixing of both Unity engine and plugins.

Speaking about Android, thanks to this update Dealer’s Life is now ready for the new Google Play 64-bit apps requirement, which means that our game is now compliant with the most recent requirements and we’ll be able to keep updating the game.
And this also addresses some issues on specific Android 9 devices that were very hard to reproduce but that should be fixed now!

We would like to thank all our Beta testers that helped us during this update. Your feedback is invaluable so thanks a lot to all of our Great Beta Dealers! :D
Since having many responsive beta testers is crucial to us, we also would like to encourage every player interested in helping us in the development process to join our beta programs on Steam, Android or iOS: it’s very simple to do it and you’ll get access to all new features and content before we officially release them!
How can you join beta programs, you say? Just have a look at our guides here: Trello.com

Last but not least, we are very proud to announce that Dealer’s Life is now also available on Green Man Gaming store! We hope to see you there, it’s a great store full of great games to discover! If you don’t know it yet we strongly suggest you to give it a try! 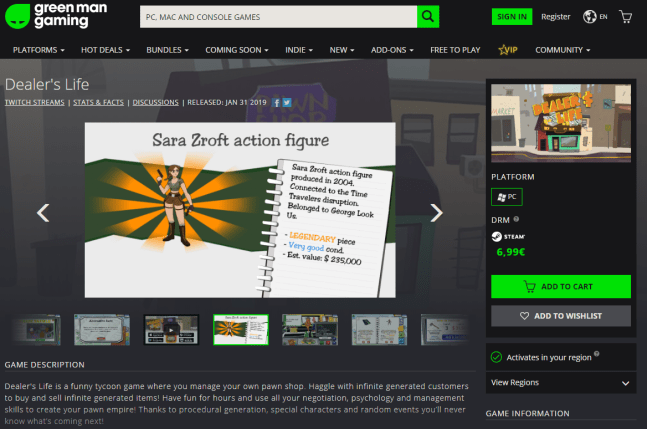 That’s all for today’s update, even if it has no significant gameplay changes rest assured that we are working on them! We will soon come with more news about the next update (someone said new items…? Yes!) so stay tuned and keep up the good deals! 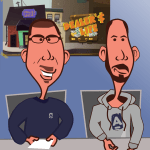