Switch version of the Viking-themed management survival sim will include all DLC! 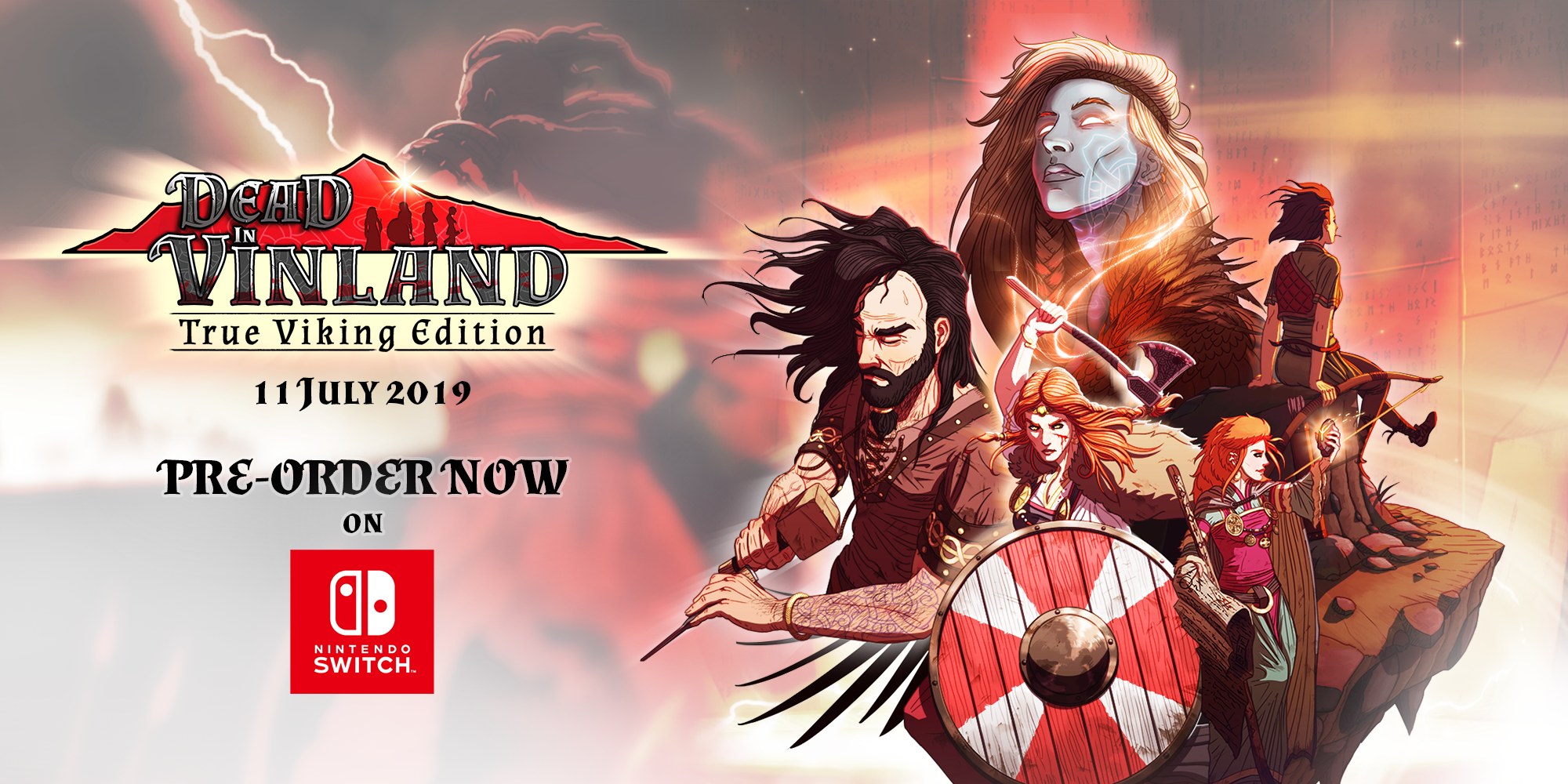 If you’re new to Dead in Vinland, here’s what you need to know. Dead in Vinland is a survival management sim that centers around a family, exiled and stranded on a mysterious island they are forced to work together, tame the land and fight for their survival.

You’re in charge of a community that you need to learn to understand. Each character in the game has their own physical and mental health that you need to maintain, as well as helping them defend themselves in tactical turn-based combat.

Explore the island and the characters with meaningful choices that will lead the heroes through desperation, joy and maybe even romance.

For the True Viking Edition, the interface was totally readapted to offer the perfect gaming experience on Nintendo Switch™ and enables players to take Erik’s family everywhere!

To stay up to date on the latest for Dead in Vinland, please subscribe to our Switch news channel but also find us on Facebook, Twitter & Discord!