Concealed Intent, a 3D turn-based tactical spaceship combat game, will be released on Tuesday 2nd August (3pm GMT). It has been improved through 9 months of community feedback in Steam Early Access.

Concealed Intent, a turn-based tactical spaceship combat game, will be released for PC/Mac through Steam on Tuesday 2nd August (3pm GMT). The first game created by solo-dev, Charles Cordingley, based in Malaysia, this passion project has taken nearly 4 years from concept to completion.

Over the last 9 months in Early Access, Concealed Intent has greatly improved thanks to community feedback and testing. The number one request from players was for more configuration options in skirmish mode, and this is now part of the game. There is also a new "challenge your friends" feature and some extra single-player campaign missions. Plus numerous bugfixes, of course.

Concealed Intent is a simultaneous turn-based game of tactical stealth space combat, strongly influenced by games such as Homeworld and Frozen Synapse. Players control their ships in a fully 3D world - hunting down their enemies, just as they are being hunted themselves. In Concealed Intent you know your enemies are out there, but not exactly where, or even what they are. Concealed Intent includes a single-player campaign, an instant skirmish generator and multiplayer options.

This is the new skirmish configuration screen showing the new objectives, modifiers and ship selection options. 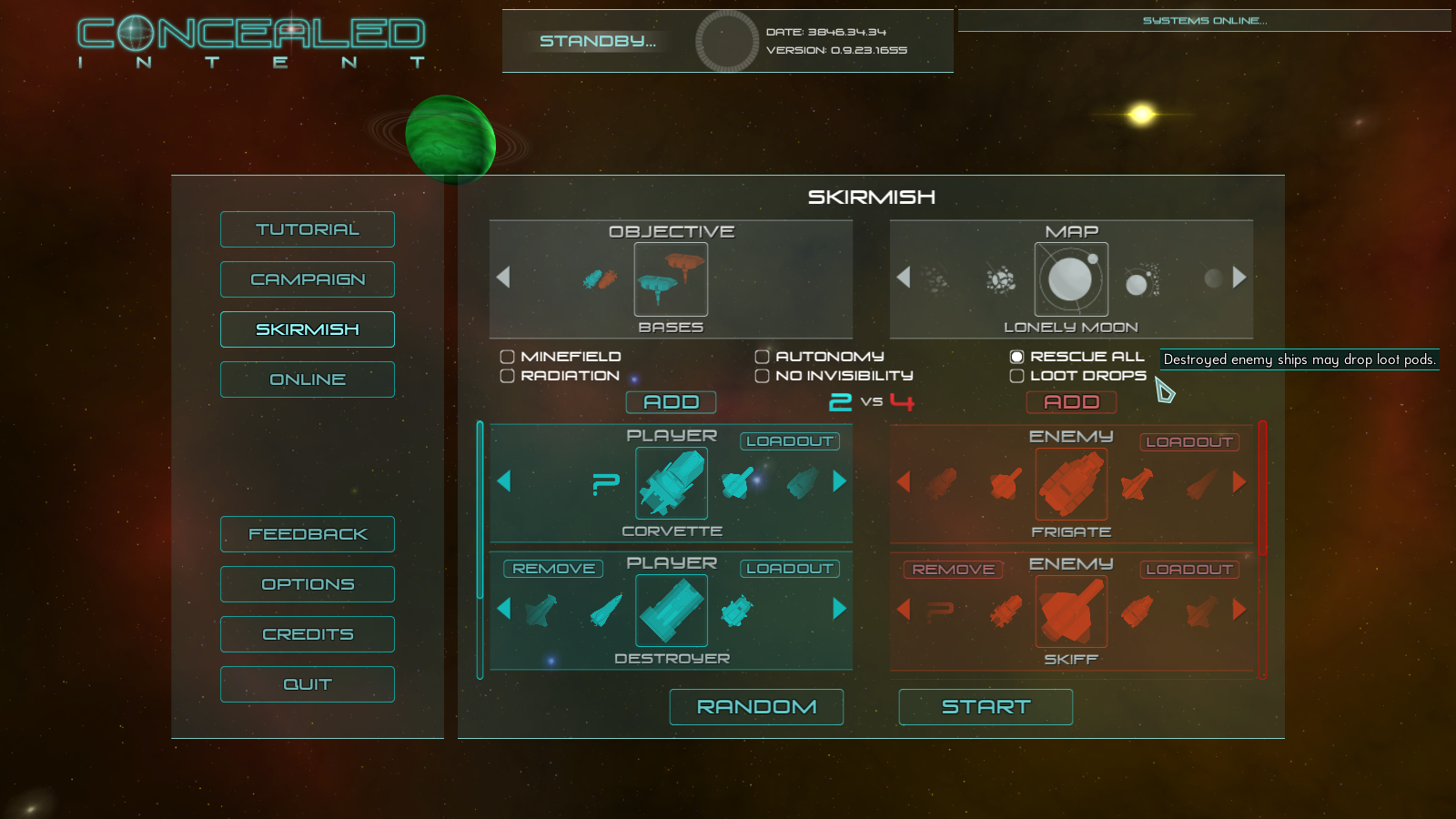 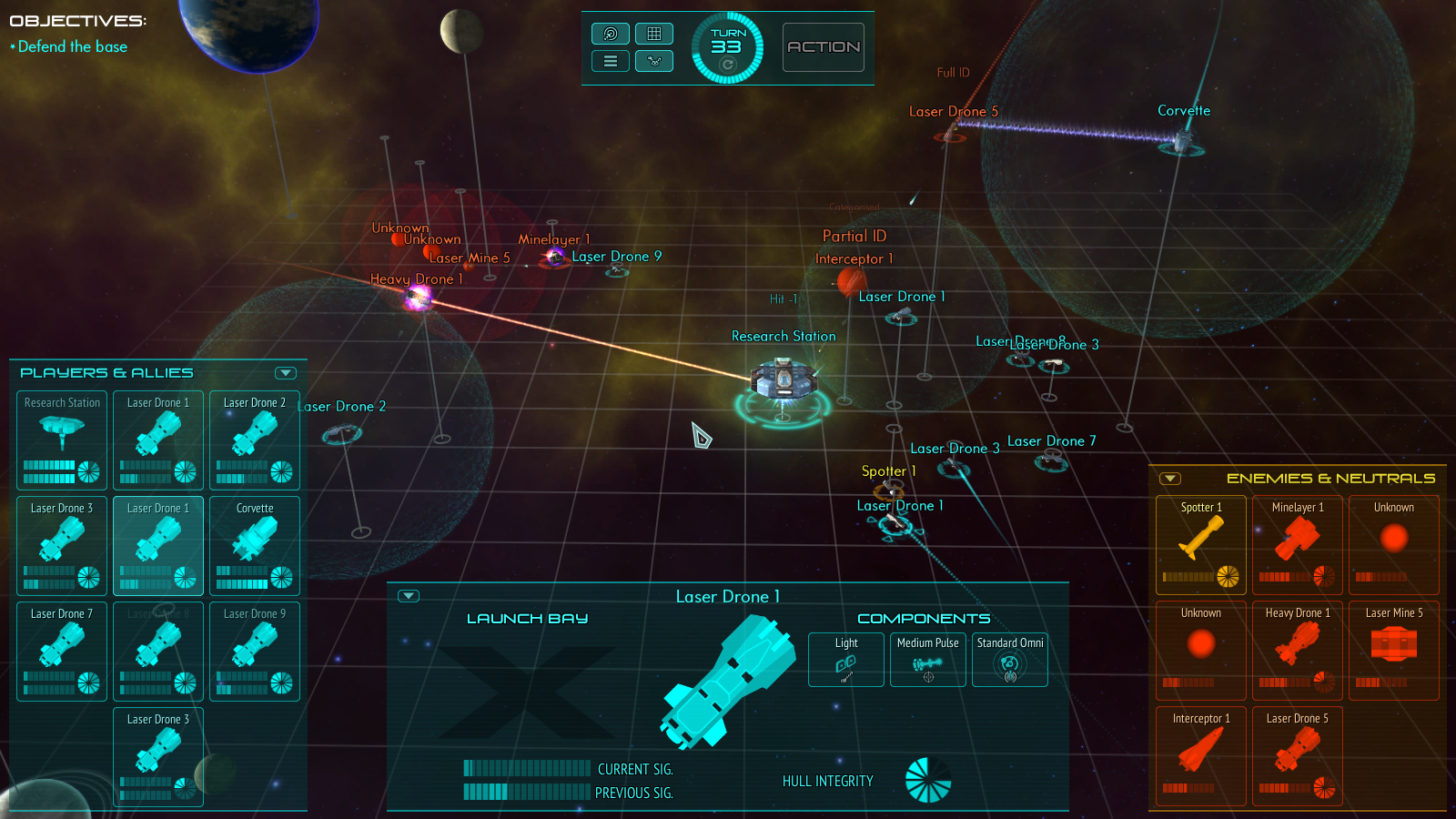 Rapidly identifying friend from foe is vital in the new savior skirmish mode. 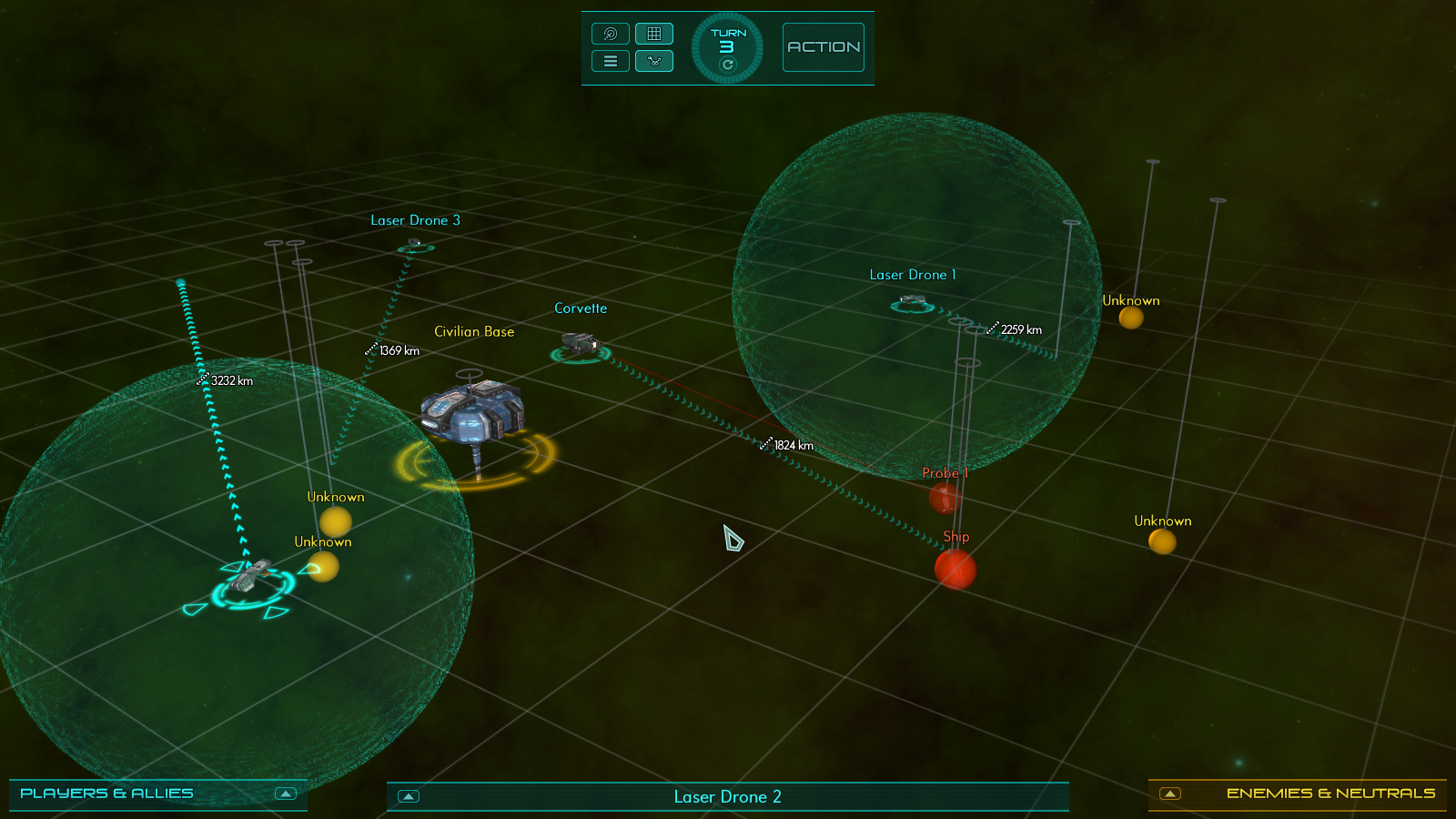