Today we're going to show you around the processes and design behind our Alpha-version Combat Demo Courtesy of our Level Designer, Chris Kefalas

Hi, my name is Chris Kefalas, one of the Level Designers on Eden Star. Today I wanted to talk you through the elements that were focused on whilst developing the initial level designs for one of our combat/tech demo arenas...

Although we are pushing towards an open-world feel to Pharus_07, we decided that the initial mandate for the play-space required the arena to challenge and test how you interact and move around dynamic and destructible environments, whilst being compact enough for us to edit the world easily when required. A smaller map allowed us to develop the freerunning player movement whilst at the same time helped us to encourage encounters in order to challenge the dynamic nature of our Octree AI navigation with the physics based combat.

When we first started to build the designs I worked in a traditional manner, alongside our lead artist and concept artists, to create mood boards and sketches of how we wanted the level to look and feel. We aimed to challenge the flexibility of future gameplay by building the area from a modular set of smaller assets, in a manner not dissimilar to how we intended to implement the creative-construction aspect of the gameplay in future iterations. 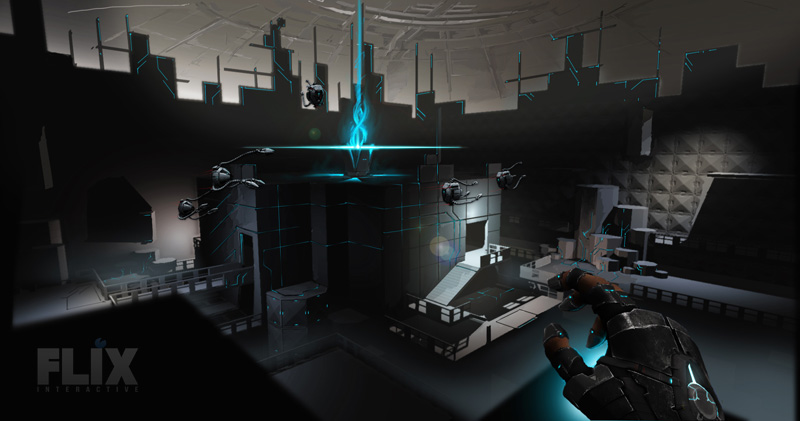 I then worked with our Art team to create a rapid first pass on the modular assets that we envisaged being some of the prototype objects that we will later use for the spawn-able building blocks . We then used these primitives as the basis for the obstacles and features within the map. 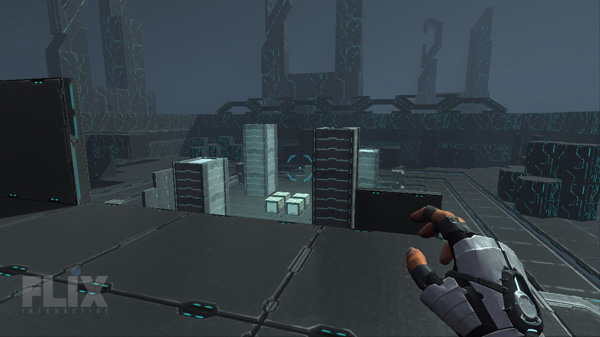 Although primarily a combat-test environment, I also wanted to provide the first glimpse of a polished artistic, playable experience within the world of Eden Star. Therefore, working to a level of aesthetic quality enabled the devs to push the AI behavior and physical reactions to match with the resulting animations and PFX with greater ease. With certain objects implemented as destructible assets, I wanted to allow the player to change the shape of the play-space in an aggressive manner, focusing on the interactive and destructible parts to the environment that would represent the core of how the final game world may feel. 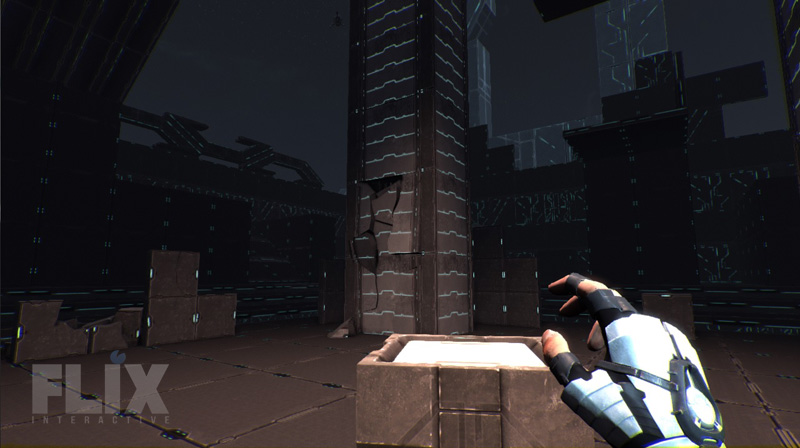 After the initial feedback and testing, I found that employing multiplayer map creation techniques allowed us to run around the space without the need to stop or become trapped. This worked well and mirrors what we want from the final world, allowing you to use the fluid movement mechanics to navigate freely between obstacles and gain access to areas that appear unreachable at first glance. 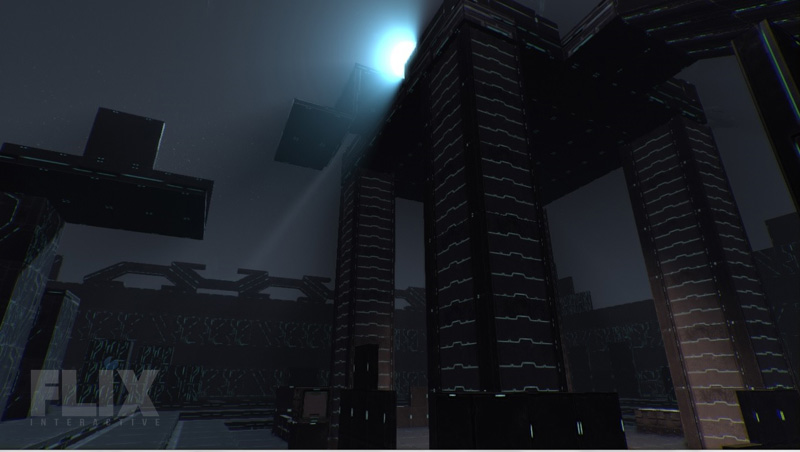 The central section encourages focused action, housing the first implementation of our custom Apex actors which provide an area where you can cause all kinds of chaos in combat; smashing enemies and objects into and between destructible pillars in real time. 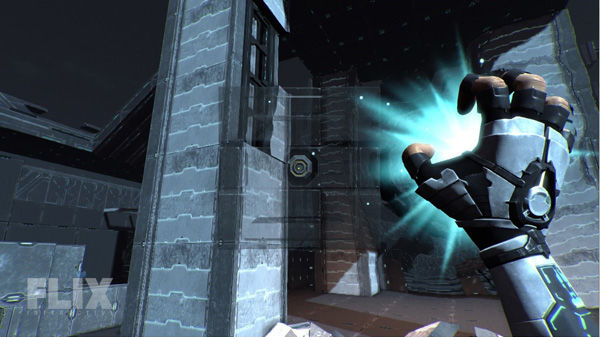 The outer area of the map enables us to test and showcase the mantle and movement mechanics, but also allow you to find a little respite from swarming AI ram attacks! The layout allows you the opportunity to exploit wall run, slide and mantle features, enabling you to navigate from section to section whilst using these skills to evade and attack the AI in whatever manner you wish. 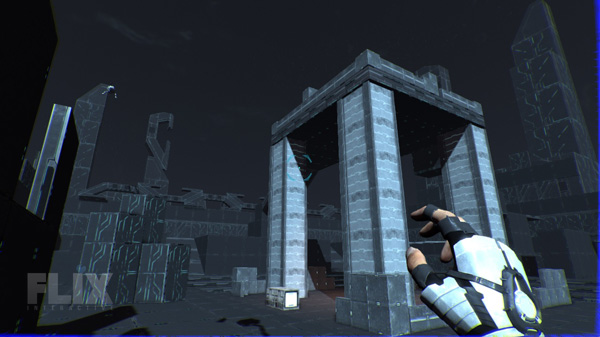 So, this is just a brief description and overview of the first demo area, although we will not commit to time frames as of yet, we will aim to release a free public playable version of this area at some point in the future. The level design will remain flexible throughout development as we listen to community feedback and continuously improve not only the layout, but all other aspects of Eden Star too. I look forward to sharing more designs with you as the game development progresses!

If you have any questions that are not answered here in this blog, please post up here or onto our facebook page and we will endeavor to get back to you as soon as we can.

Damn, these screenies look excellent. Keep up the good work!