Is make the players feel smart right, and motivation of puzzle design.

In the subconscious, most people would think that the puzzle game should make players feel smart. Yes, everyone has different motivations for playing games, some players want a casual gameplay experience, and some want a very challenge experience to challenge themselves. Both of these motivations are reasonable. And there always have games to satisfy these two types of players. But when talking about puzzle games, we can always think of brain training games. 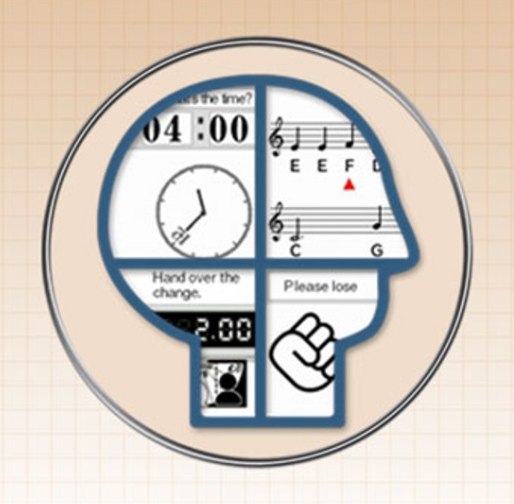 Actually, game is a miniature toy universe, and also a system. It has its own rules, through these rules it can generate more behaviors and phenomena. Of course, this toy universe is different from reality, but it does have and inherit many rules that are the same as the rules people already know in the real world we live.

In my game Colloc, the player can easily recognize where players can move to and where are obstacles, like trees. And players will notice that all collocs are moving at the same time until one of them comes into an obstacle. and through the hints in the game and the player's own attempts, they can also learn how to use energy to restore the tile that lost its color.

Players need several attempts to solve those puzzles from easy one to harder one, in this process, players are constantly learning and knowing the rules of the system, and use what they learned to solve puzzles. In level design, you can also add elements and mix different rules of the system to make more possibilities and challenges. 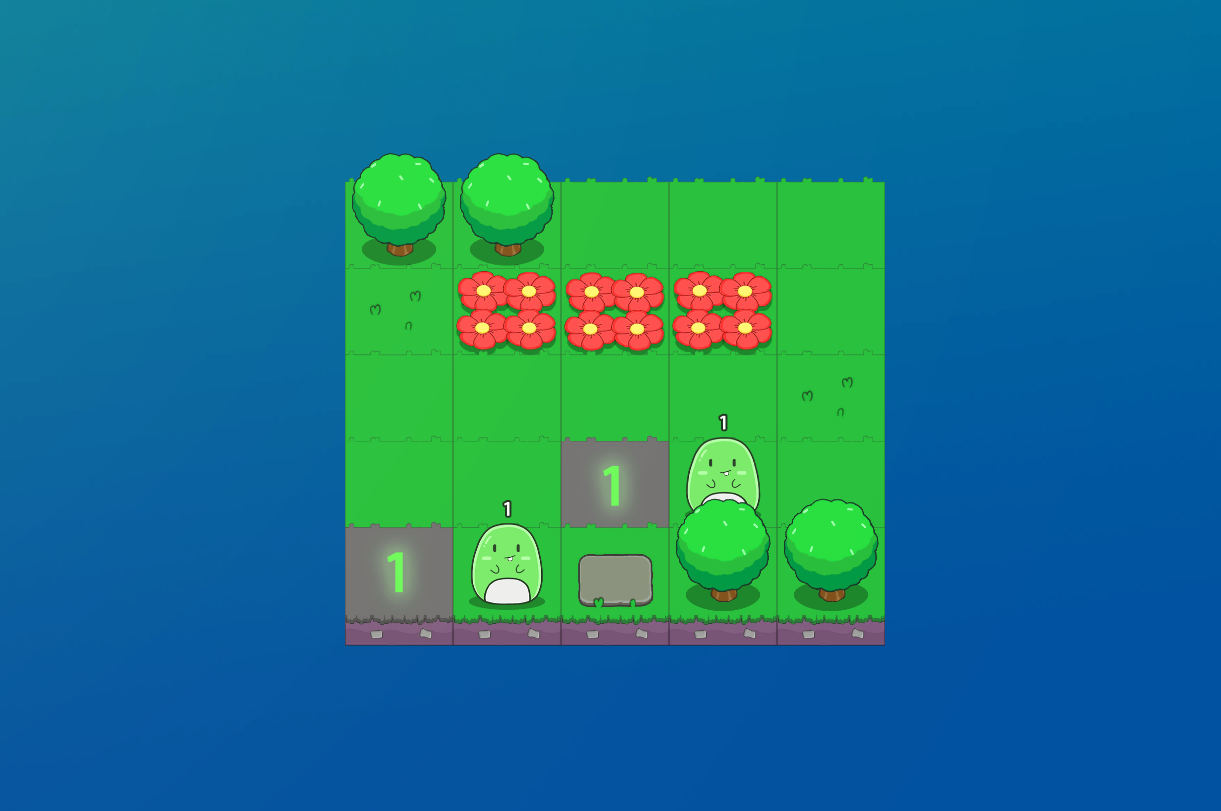 Starting from the process of puzzle design, it should be relatively clear. Here is a rough first step to divide the process into three steps: introduction system; design motivation; package to players.

The introduction system can also be understood as the tutorial of the game, helping the players to learn the rules of the game. Game tutorial does not have to be some words instructions, because most of the time the pop-up window will always interrupt the player. In Colloc lava theme, I use a simple maze to tell players where is the safe area and where is the dangerous area and where are obstacles. And then we can avoid the appearance of text descriptions. 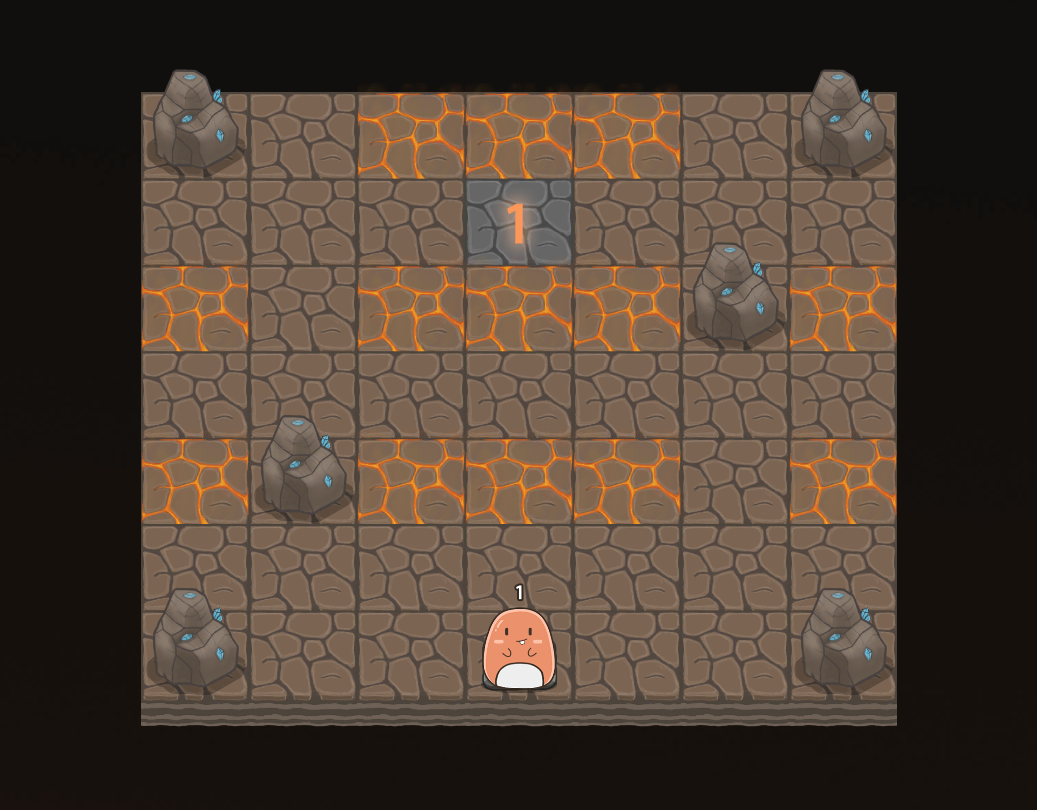 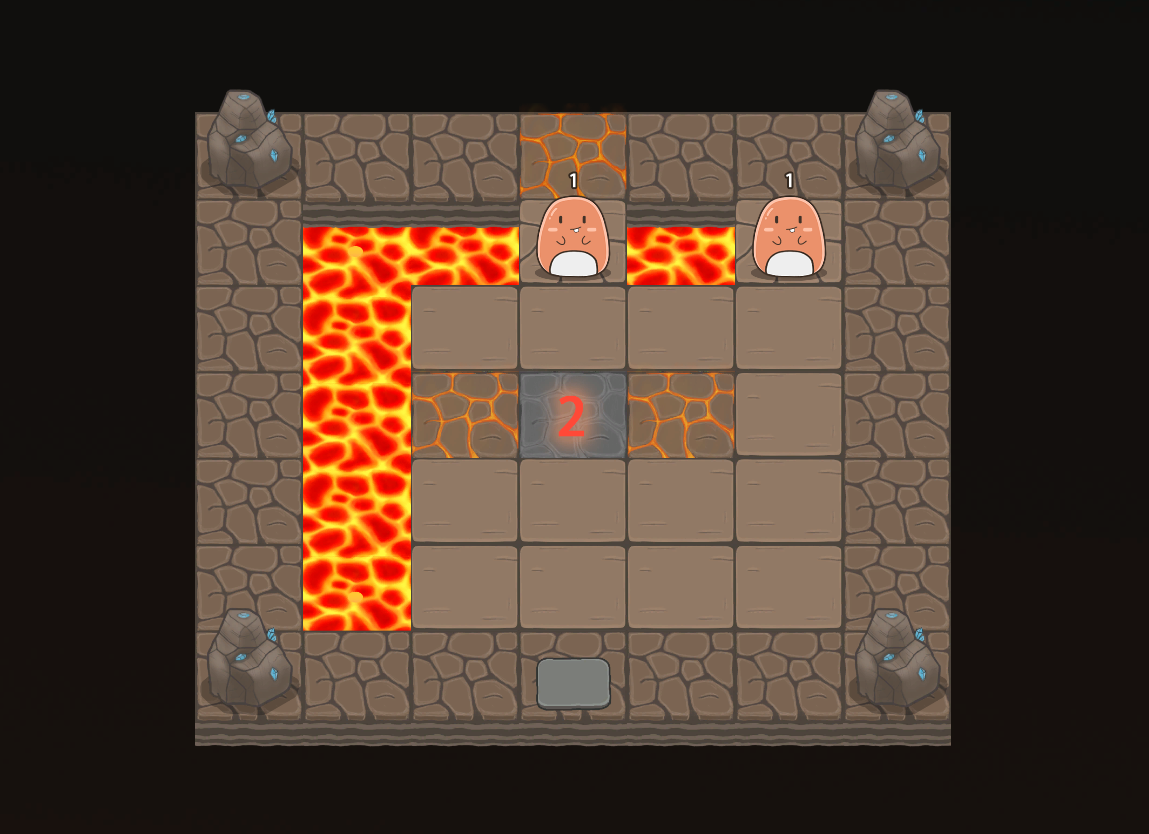 Once we have that motivation, we can package this puzzle more properly to players. For example, The two collocs will merge together if there is no lava tile between them, if that happens, this level would be much simpler and players do not have to control these two collocs like double track stroke. So we should place a lava tile between them so that they can't merge each other too early.

Motivation-centered is not only applied to puzzle games, but all games require a core game motivation.

In a level of Tree Zone in Mario land 2, the motivation for the entire level is to allow the player to jump on a narrow platform while avoiding the flame ball fired by the piranha. In order to match this motive, the original horizontal scroll has become a three-layer structure. Because the narrow platform increases the chances of the player dropping, in order not to change the motivation and not destroy the player experience, the three-layer structure allows the player to fall back to the first layer when they failed instead of making players dead. 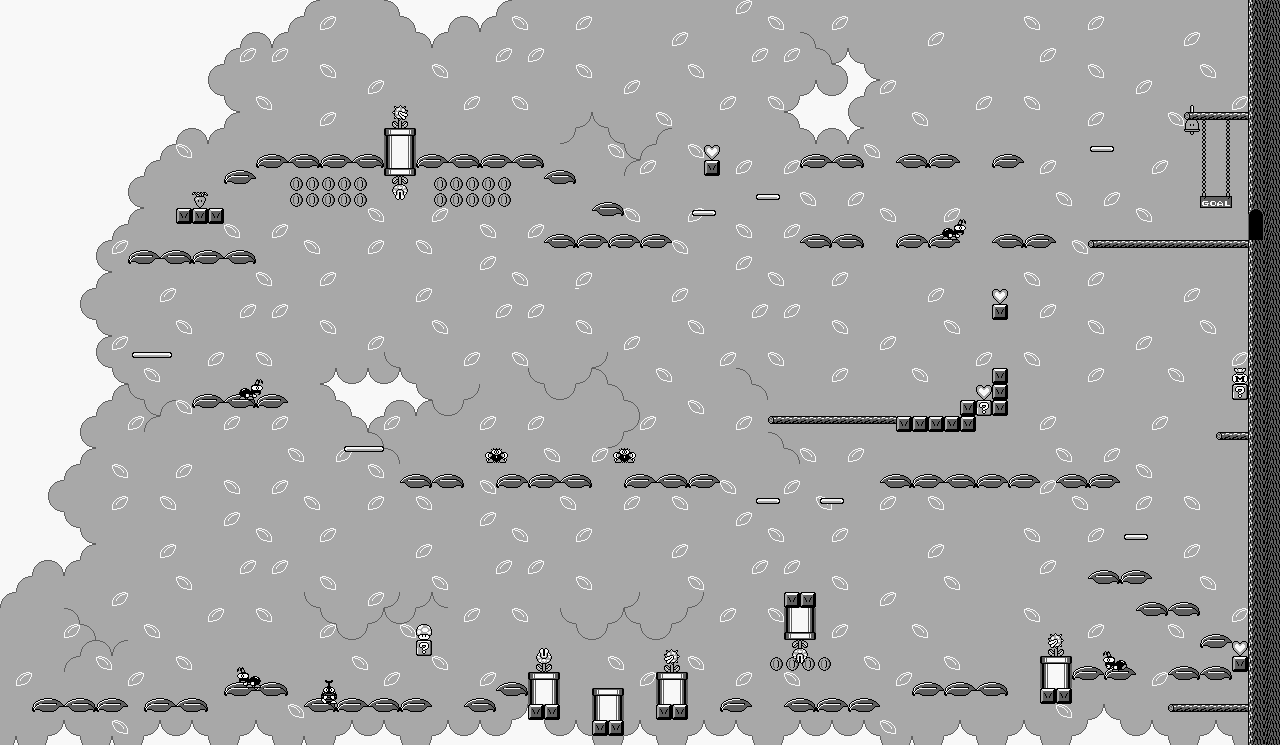 In Hitman GO, the player can't avoid all enemies by walking, but the level designer's motivation is to let the statue smash all the enemies. When the player tries to move, the enemy goes to the exact same one grid. This is the core motivation of that level. 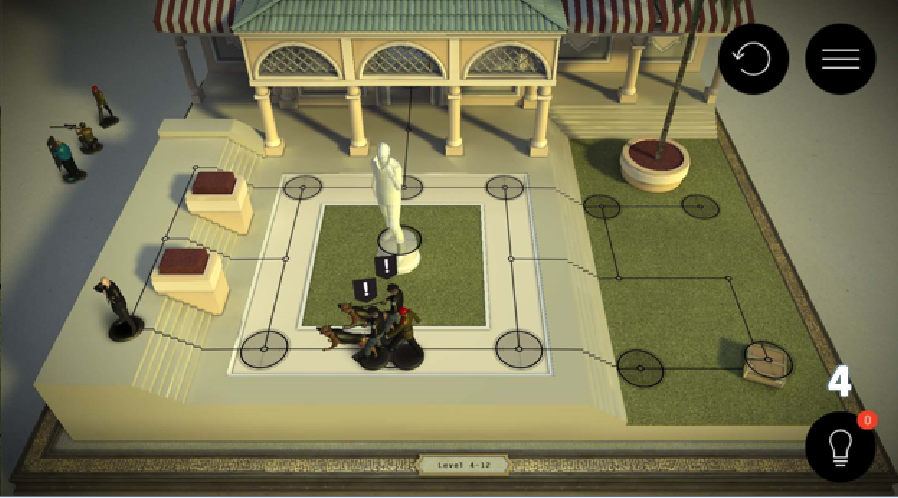 In colloc, levels were also designed using core motivations. For example, in the winter theme, the motivation is to allow the player to form a row relative position after fission, but the snow blocks on both sides become obstacles, so players should clean the specific snow block to make a fission room for this puzzle. 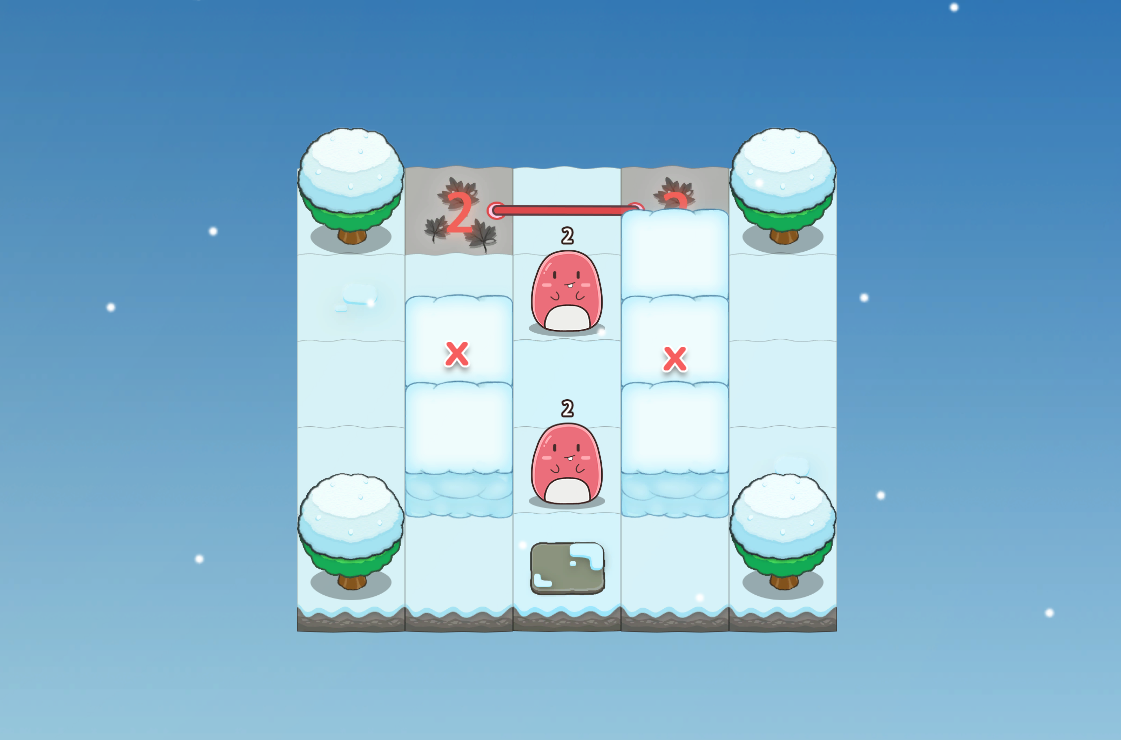 In the ghost theme, the player can swap the position through the portal with ghosts. The ghost moves opposite with colloc. The motivation here is to swap the two collocs and the other two ghosts. Ensure that the two Colloc relative positions should not be changed. In order to achieve this, the player's movement is limited as much as possible, and the players are more tend to use the portal to solve the problem. 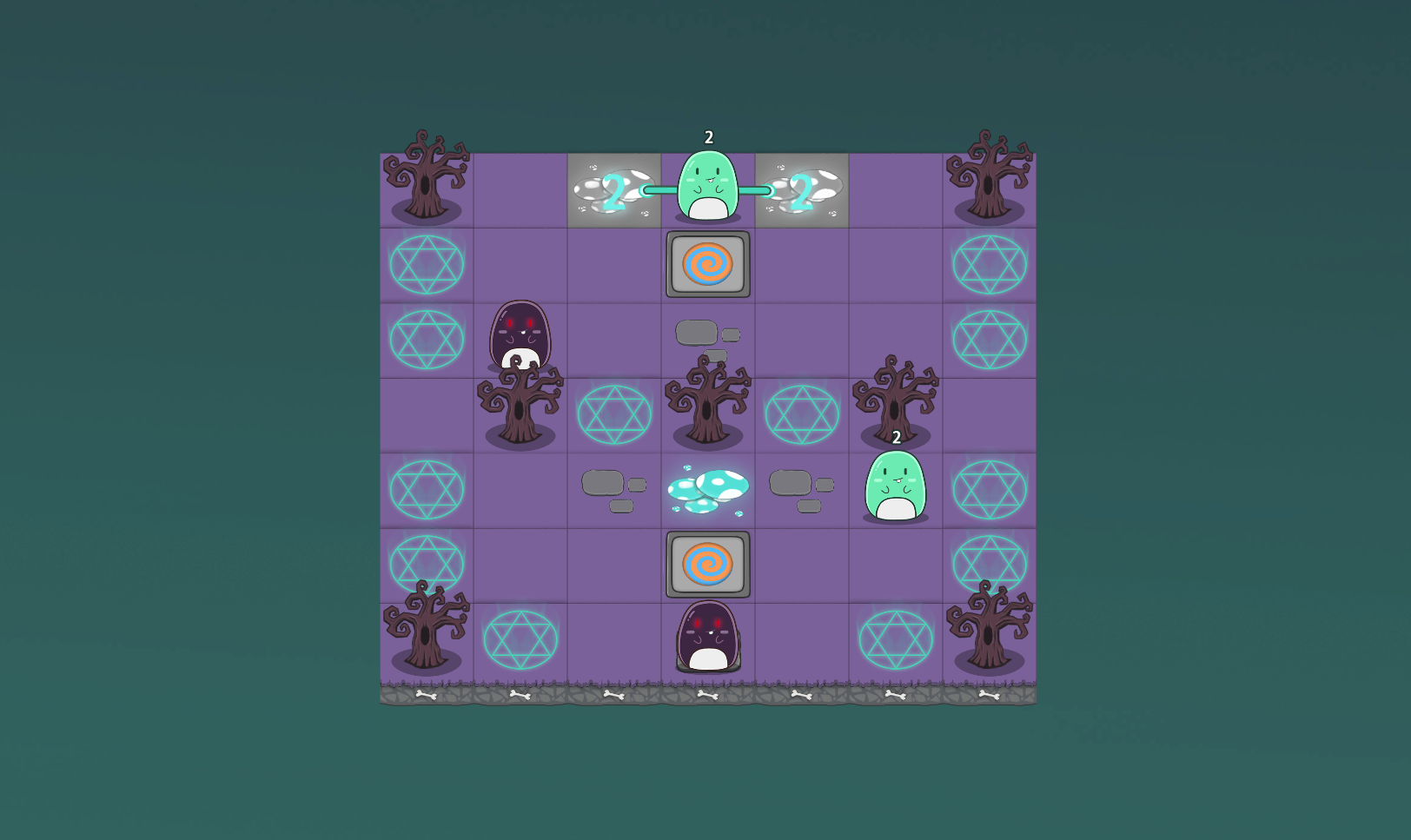