Hello, here we are again with a new update that mainly concerns new content.

Hello,
here we are again with a new update that mainly concerns new content.

We have got you used to enrich your screensaver by crafting stuff, but we want some events to be not only random but also completely independent of the player’s choices, like for example the ghost, which might appear at some point while Chico is hanging around. When this happens ( only in screensaver mode of course ) you will see our hero start trembling in fear while the ghost is coming ( if you are lucky, otherwise you will just hear the classical and overused howling of ghosts ). We have found that random events are a very powerful means in order to make the screensaver more interesting and that’s the reason why we have planned to add more of them over time.

The following video, with a pixel art camera filter applied, has been captured directly from the screensaver.

Living on a peak with nothing to do is probably not the most tiring thing, but still, Chico can’t go without eating, so what’s better than hot soup? A lot of things, I know… but at least now he’s doing something useful: he’s cooking. Chico is given the opportunity to become a great chef by crafting the cauldron ( available in sandbox mode too ), which is the other content we want to introduce here. As usual, once the cauldron has been placed, just launch the screensaver and see what happens ( or exit the game and wait for Windows to launch the screensaver by itself ). 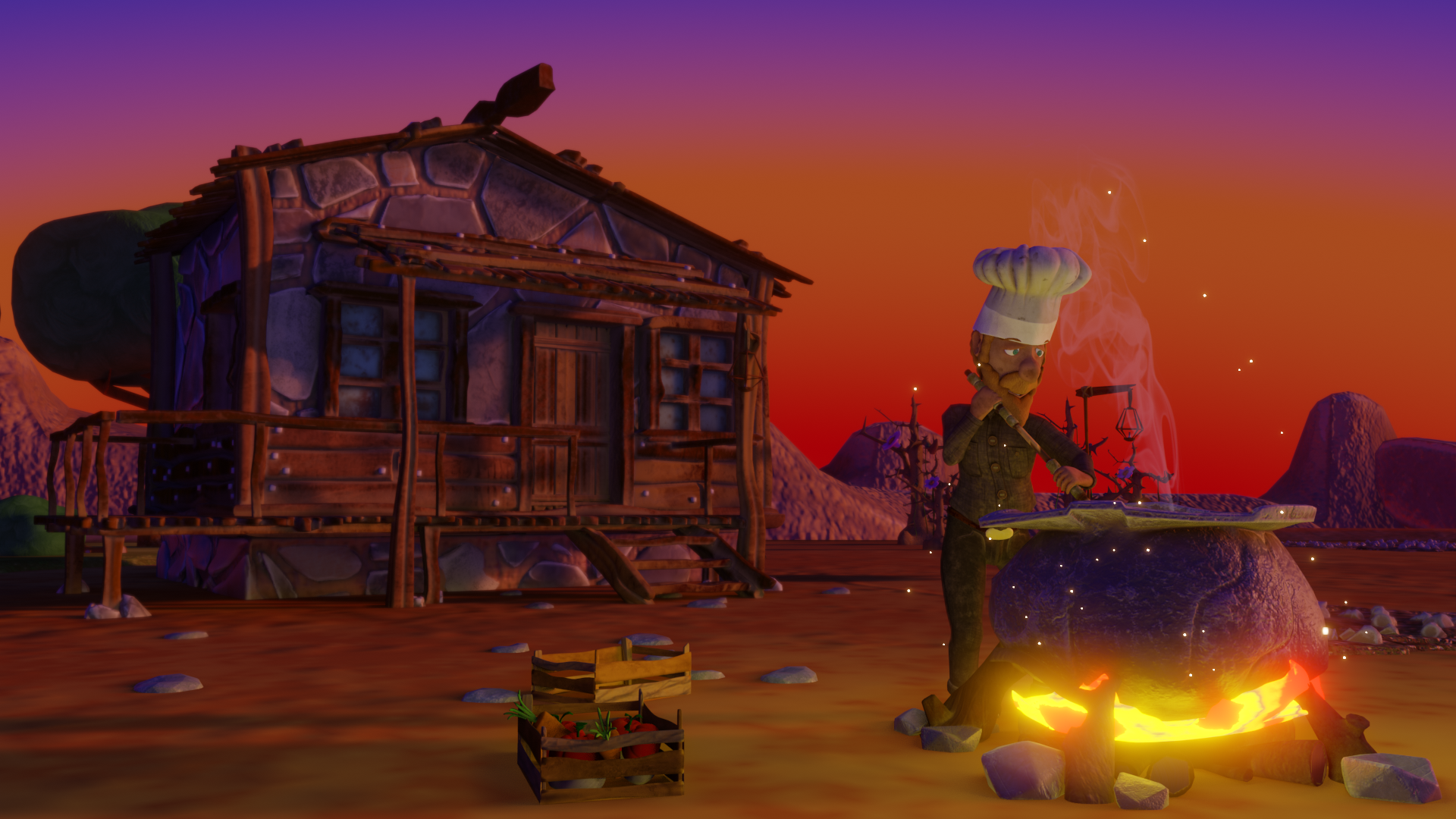 Ok, but... what do we do after lunch? Easy, work out: we added another idle animation in the hope Chico can drop a few pounds.

We have also made some bug fixing:

That’s all folks, see you at the next update.