A little development update just to show that we aren't just sitting on our asses. We are working too... Some rambling thoughts mixed in there too. New content, AI, Ship Stances. AI stuff and a save game feature. Camera..

We have been updating and adding new content to the game.
Most of the work has gone into updating the GUI system and adding a save game feature to the game.
Some images in the post that are there just for looks.

Ship List
Now we have a list of all seen ships within radar distance of your ships.
Player ships, neutral, friendly and hostile ships are now quickly accessible through lists.
With these list you can also use the number keys to select friendly ships and issue attack orders on hostile ships and double click to view them.
Player ships are white and hostile ships are red.
We've also slowed down the ships a little. Combat had become a little to fast, hard to track the ships after we added a updated AI. This may be increased back again. Still a debate going on.

Camera
We've extended the camera view by a factor of 2.5. This gives the game a much needed depth. Space seems much more vast and way cooler. We've also tripled the number of asteroids within the demo with no significant reduction in performance.

Game AI.
Currently the ships use a rather simple AI when dealing with hostile ships. Each hostile ship reacts on its own.
The base AI for Non Player ships is that it detects a hostile ship within range, then it will check how aggressively it should behave. Go in close, or stay away.
Most ships now have a simple random movement script that tells it where to position itself close to the enemy or orbit him.
The ship would always target the closest one and attack him relentlessly. That's not good.
A ship attacking the player would currently then move to a position near the player, orbit the player or stay put, but always try to attack him with his weapons.
The turrets on Non Player ships have their own simple AI. They will always seek to target ships hostile to its base ship. A turret that can't target its current target will seek a new one within its range.
So a Non Player ship can in effect target multiple targets at a given time. The player turrets had this ability before. But we thought that with automatic
targeting, the player would just be an observer rather than a participant in the combat. Also some ships with repair system would start repairing their vessels if a certain criteria is met. 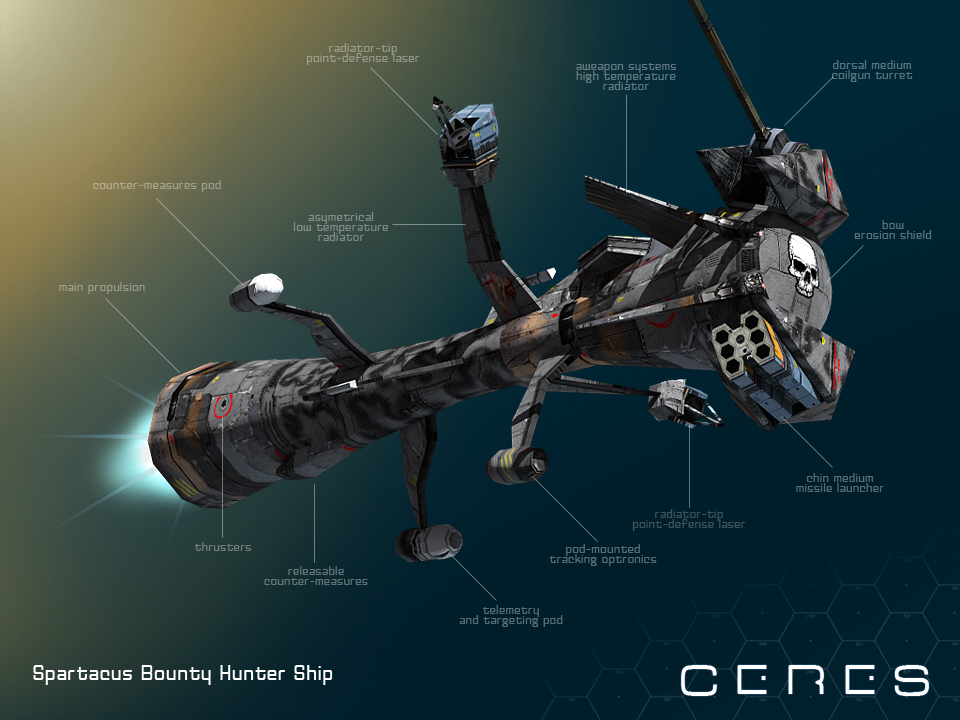 New game AI
We are now currently updating the Non Player AI.
Each combat will have its battle commander script to control the actions of the hostile ships.
This new script will control the actions of the group of ships under its command.
It will issue movement orders and attack orders and allow us to create unique attack methods for various factions.
Some factions prefer formations, other small groups, some just break up their grouping and attack randomly.
No longer will the closest ship be attacked first.
The script will prioritize its target list based on how much a threat the hostile ship is to the group. Threat will be based on numerous factors. Such as size of ship, distance, turrets, and how much damaged it has dealt over a given period. So if we have 3 player ships. A, B, C. A being close and heavily armed. B far
away and Heavily armed. And C lightly armed but close. Ship A will be targeted first because its overall threat level is higher than player ships B and C.
After ship A has lost its primary power plant and all her guns have gone silent the script will lower ship A threat level and Target ship B because it now registers higher on it threat list. Ship C still registers lower even though its closer. The turrets on the ships in the AI group might still target ship C if they can't get a fix on Ship C, but the AI ships will move to attack ship B.
Its a bit of a hassle to program a AI that's not a game breaker. We don't want it to be too intelligent or too aggressive, but at the same time it must be challenging.
I'm not planning on creating an overall complex AI system. I did study AI neural networks in school.. but no. 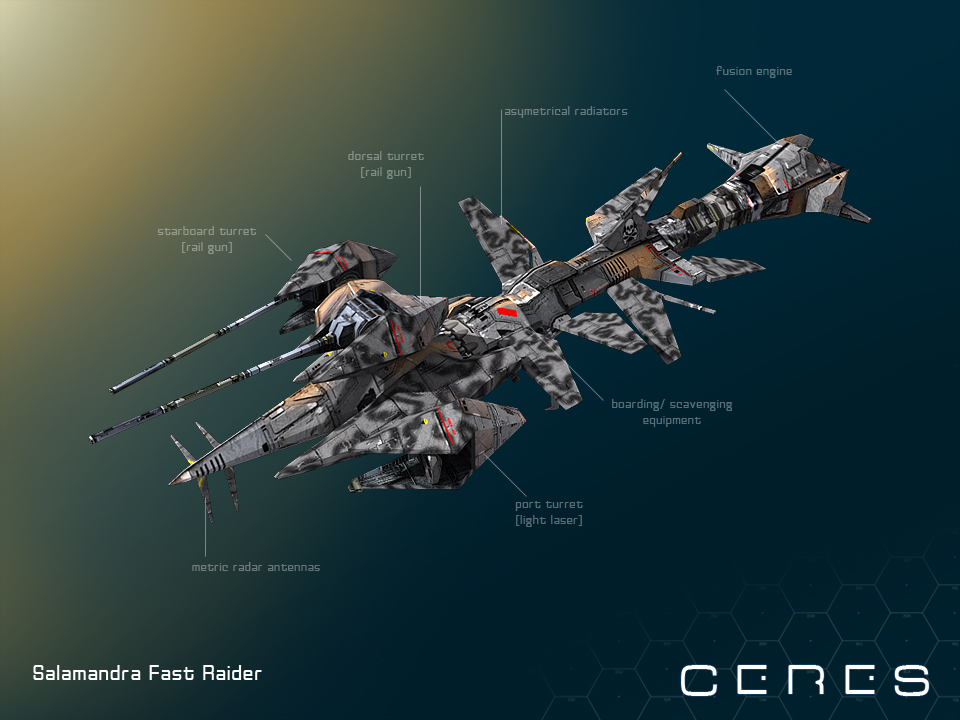 Ship Stances
We will be allowing the player to change his ships combat stances.
Changing the stance will change the turrets to and from Point Defence mode.
currently we are working with an idea of aggressive, neutral and defensive.
Aggressive will toggle all turrets to Non point defence.
Neutral will toggle half to point defence.
Defensive will toggle all to point defence.
Which ones is determined on the size of the turrets. Larger turrets have slower rotational rate and that makes them less effective as point defence systems.
Currently this is only for lasers.
We've been toying with the idea of allowing the player to control each turret individually, but that's a whole new menu added to the game. It has enough menus. It might be added as a option.
Missiles can in theory work as a point defence system. Proximity explosion to destroy incoming projectile. This could also work for incoming cannon fire.

The main story has had some work done too. We've been fleshing out the factions and the lore of the game. This might differ from the demo story.

We are also working on a save game feature for the game.
This is a bit of a hassle. Lots of objects to keep track of off, tons of arrays and variables and Unity3D is giving me a bit of a headache in this regard.
It has been decided to not allow saving the game during combat. Too many routines are in use at that time to be able to create a stable save game file.
The game will of course support multiple save games.

Hopefully a new version of the demo with the above features will be added soon to this site.