Cemeteries are a pretty grim topic. After all, just think about all the work your poor, deceased Nuggets are missing out on. It’s rather sad, isn’t it? However, you can’t dwell on such inconveniences for too long. You’re far too busy for that.

CEMETERIES OF THE UNIVERSIM

Cemeteries are a pretty grim topic. After all, just think about all the work your poor, deceased Nuggets are missing out on. It’s rather sad, isn’t it? However, you can’t dwell on such inconveniences for too long. You’re far too busy for that. 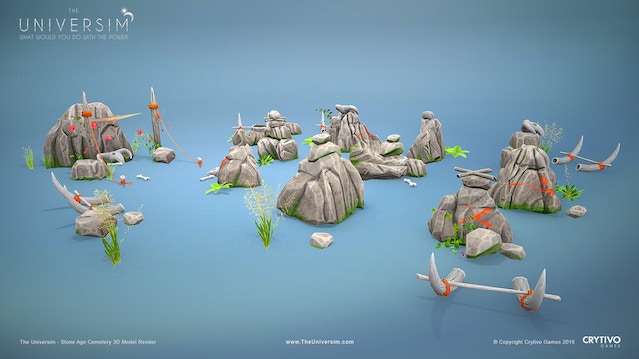 That’s why you need a way to automatically get rid of all of the deceased Nuggets lying around. If they remain out in the open for too long, they will begin to generate a whole slew of diseases. It also ruins the aesthetic of your usually picturesque civilization. Cemeteries ensure that Nuggets receive a proper burial. Their families, and everyone who would otherwise be surrounded by dozens of corpses, will really appreciate it!

HOW DOES IT WORK?

Cemeteries can hold up to nine dead Nuggets. The Grave Digger ensures that everything in the Cemetery runs smoothly. This may or may not include combating the undead, but that’s an unlikely occurrence.

A DEATH IN THE FAMILY

Cemeteries mark the introduction of even tighter Nugget family relationships. Direct relatives of dead Nuggets will visit the graves of their loved ones every year for the next five years. A deceased Nugget’s spouse and children will take a few moments to reminisce about old times whenever they visit.

Grave Diggers are a two-in-one solution to the whole mortality issue. They’re like the ambulances of the Stone Age. However, they don’t make any siren noises and they’re unlikely to bring anyone back from the dead. Grave Diggers rush back and forth between the Cemetery and any corpses lying around. They make use of a stretcher to transport the deceased. So long as the Cemetery isn’t full, they’ll ensure that your civilization is kept as clean as possible.

The Diseased Area below a dead Nugget spreads over time. The longer a corpse remains on the ground, the bigger the Diseased Area will be. If other Nuggets move through the area, they will become infected for a short while, preventing them from fulfilling their duties.

Using the Creator Menu, you will be able to heal sick Nuggets or even resurrect the dead. Not the typical zombie kind of resurrection. They would likely end up distracting their colleagues. Players can also pick up a Nugget’s dead body and move it away from crowded areas, or even launch it into space. This will confuse their family somewhat. They will still be affected by the Nugget’s passing for the next five years, but instead of visiting the Cemetery, they will visit their loved one’s ceremonial launch pad. May they orbit in peace.

A Nugget’s Family Tree is an excellent way of analyzing how a certain Nugget’s passing will affect their family. Some Nuggets may have more children or direct family than others.

We hope you enjoyed this brief overview of the Cemetery. As always, please feel free to leave us your feedback below. Stay awesome!

All the best,
Crytivo Games