Calm Down, Stalin is a realistic hand-simulator game about managing stress and threatening your enemies with nuclear weapons and we've just released the first trailer and started Steam Greenlight campaign! Check it out and support the game if you like it.

Hello, everyone. The first trailer of Calm Down, Stalin was just released and I'm really excited about it!

"Calm Down, Stalin" started as an Unreal Engine 4 jam game, received nice reviews and was mentioned as a notable participant, which made me willing to continue development and make it into a bigger game eventually. 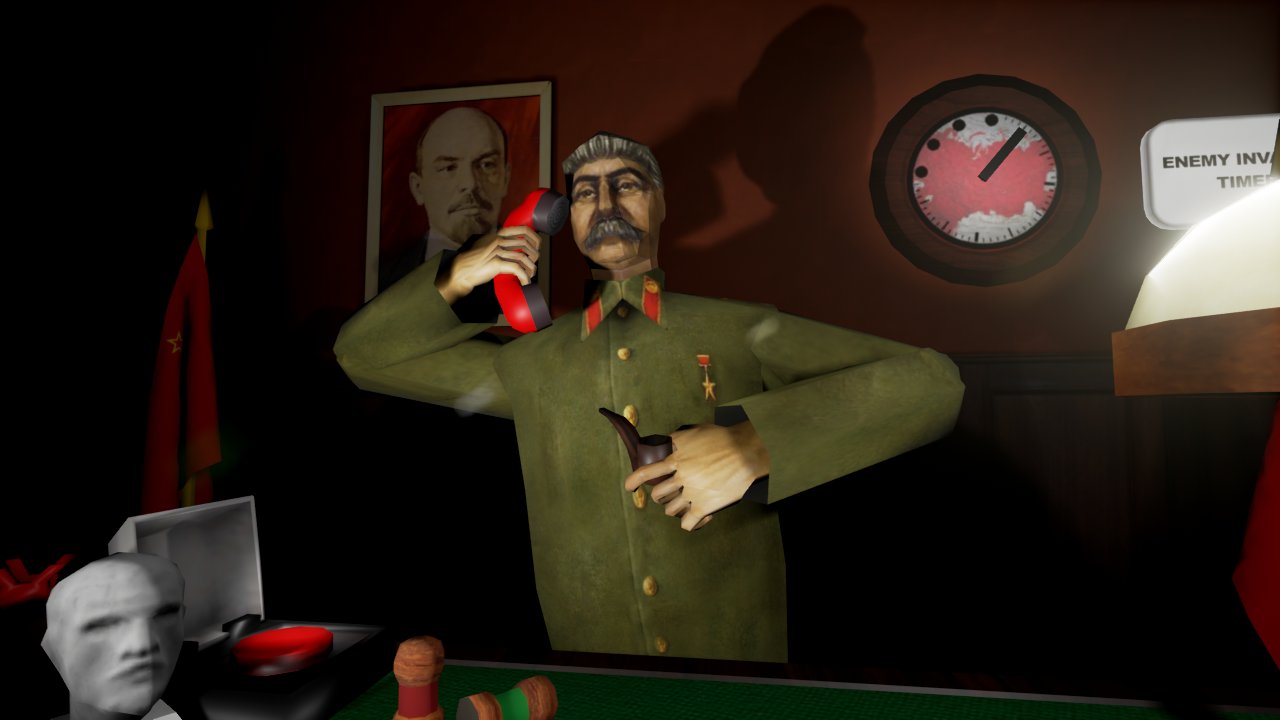 After some weeks of work I'm finally ready to release the first announcement complete with a trailer and some new features!

It is a game where you directly control your hands to threaten your enemies with nuclear weapons by moving your finger closer to The Button while signing important state papers, answering phone, dealing with your subordinates and most of all - fighting the stress of your position by smoking your pipe and any other available means! 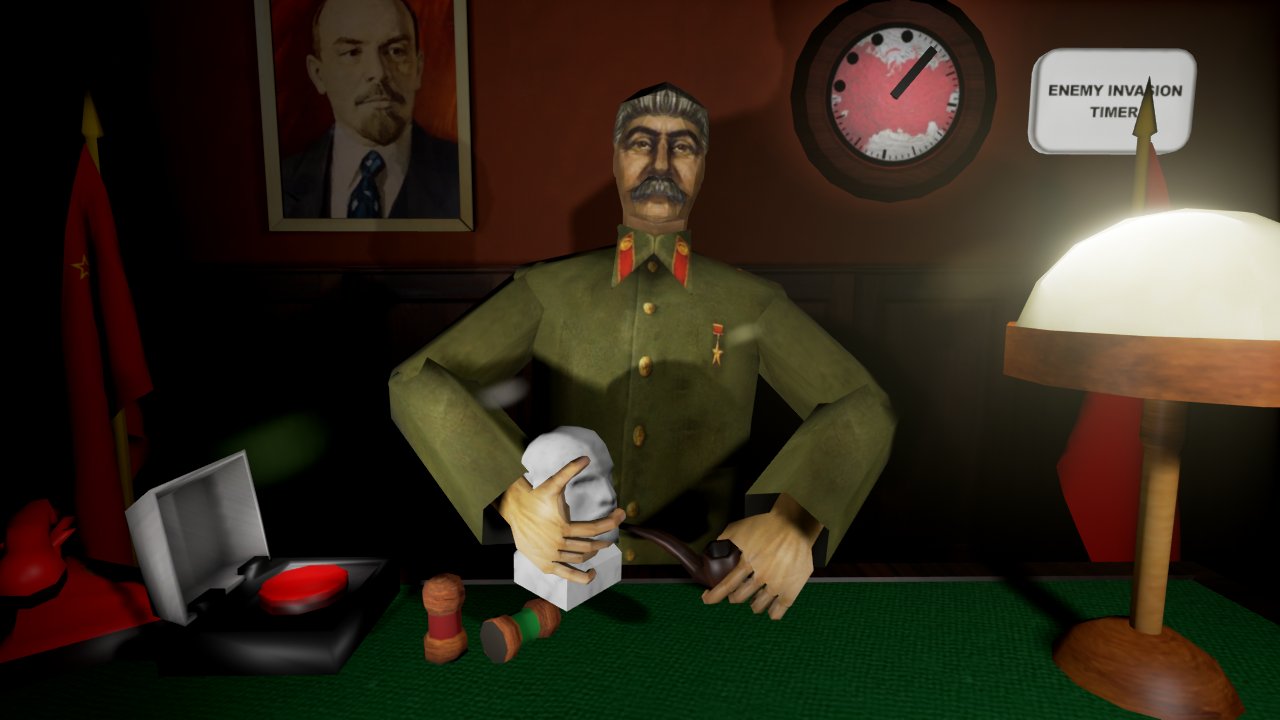 It still has some development to be done, but hopefully it will be released in a few months with full list of features:

I'm planning to write few articles on the game's future and how it works internally, maybe a few tutorials if someone wants it in the nearest future. 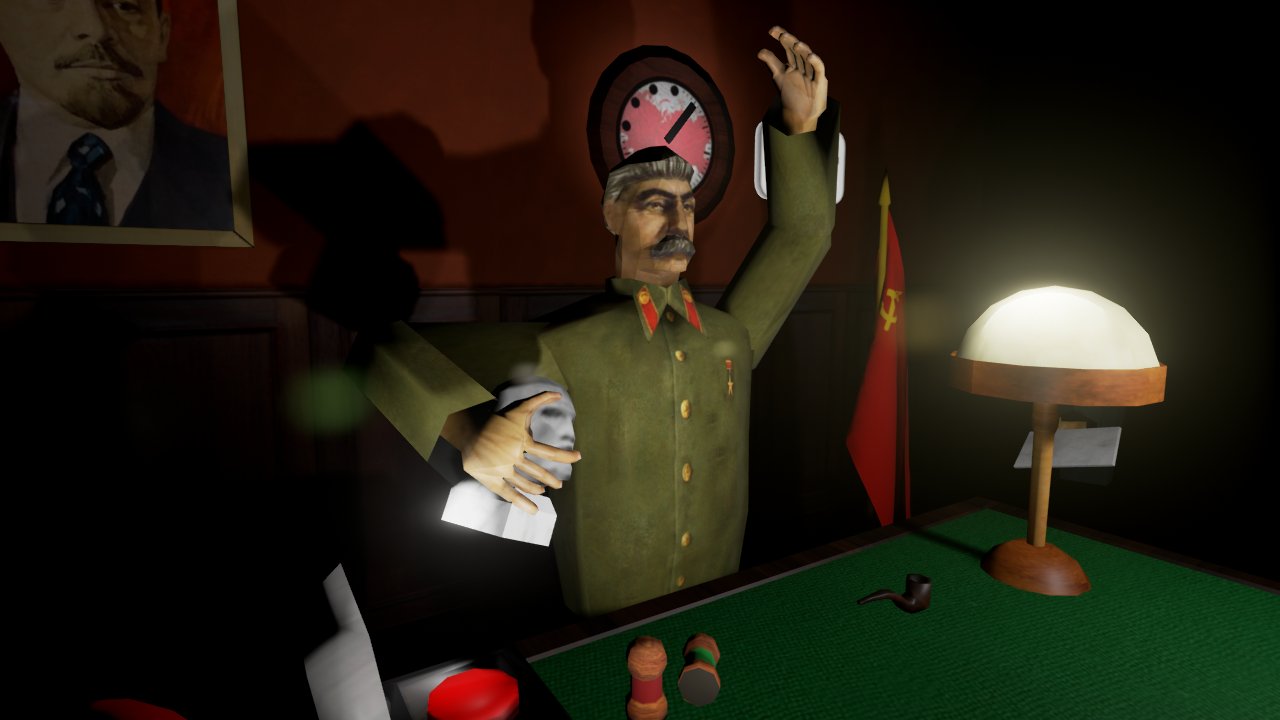 Meanwhile, check out my twitter for any news and please support the game on Steam Greenlight if you like it!

Where is my Hitler simulator

IKR? Just take this game, swap Hitler for Stalin, all Soviet props for Nazi props and the nuclear button for a Luger.