To celebrate the third birthday of DOOMBRINGER's public release, we're happy to announce a BLOODBATH

It's been 3 years since the first public alpha of Doombringer was released. To commemorate this event we're together with TCL (Timconlan.co.uk) and Tastyspleen.TV (Twitch.tv) hosting a duel tournament on Saturday the 18th July.

A lot has happened in these three years, and the game is closer than ever to it's first single player campaign Steam release. In the mean time, we intend to have as much fun as possible with the multiplayer. And have you been there to watch our weekly events lately where players face off against each other but wanted the chance to participate yourself. Make sure to move over to our discord and get yourself sorted in to being set up and ready to play in this event, or merely participate by viewing the carnage on screen. 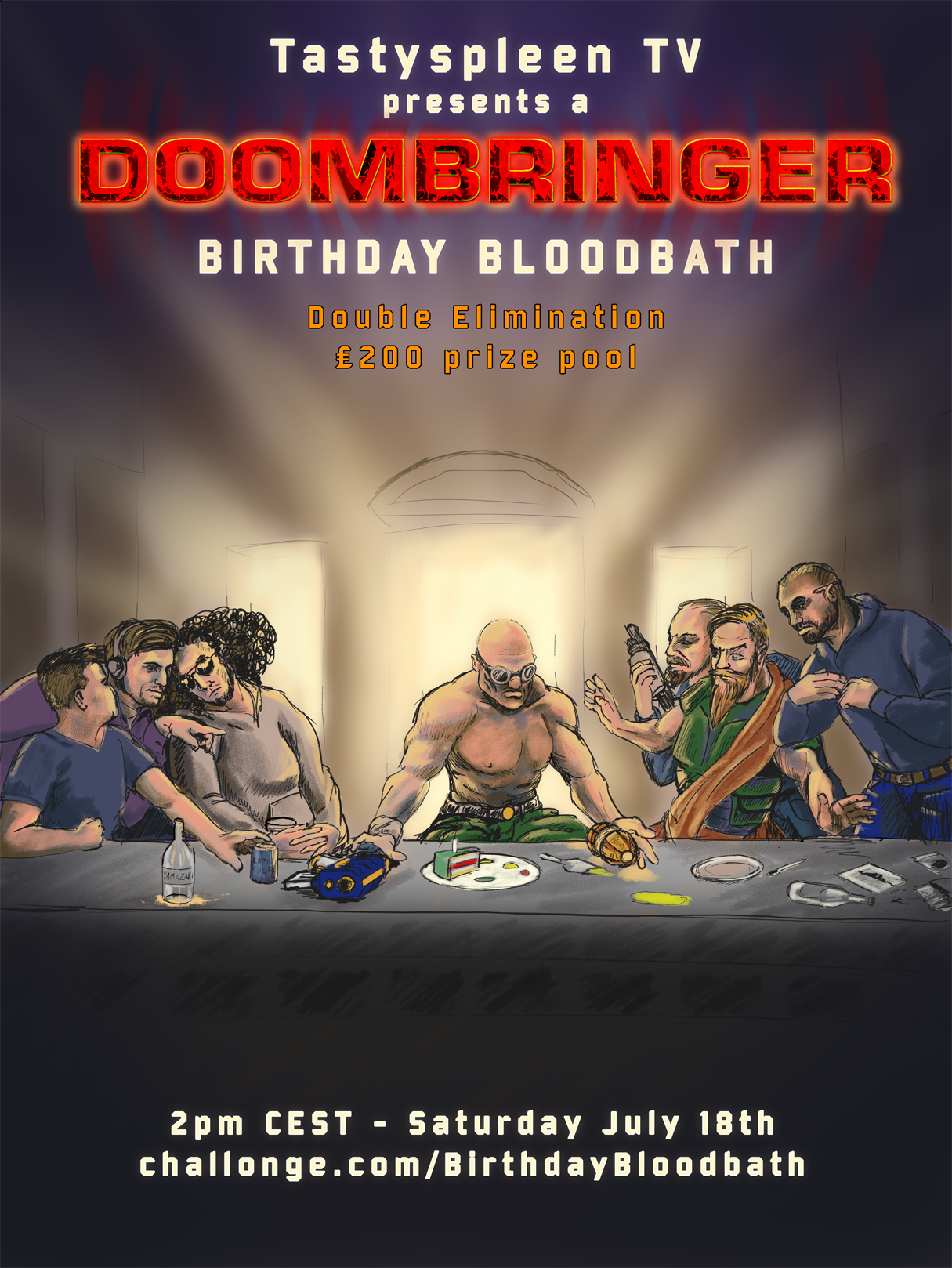